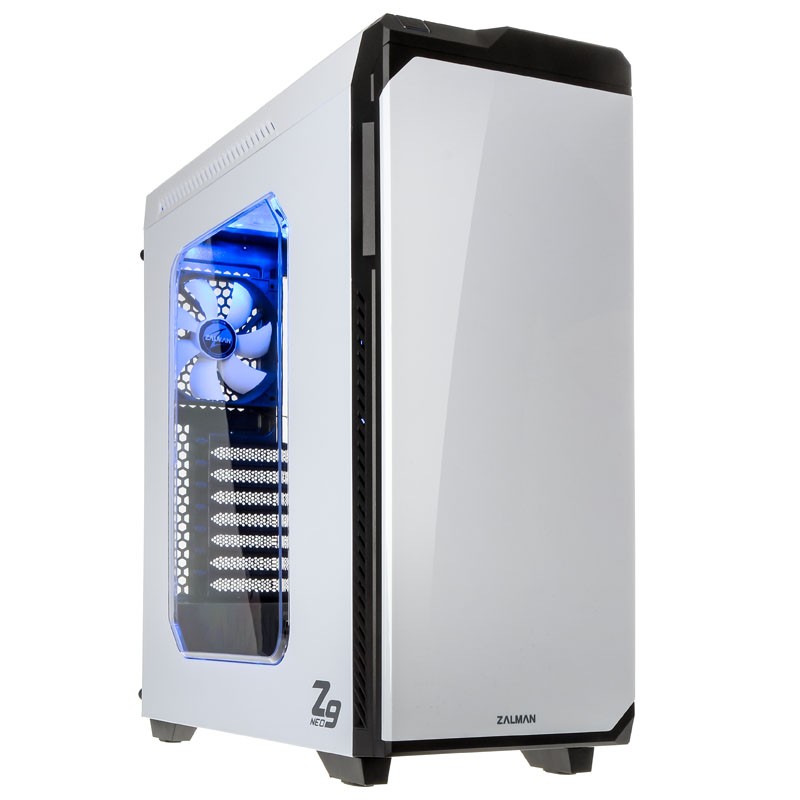 Zalman's Z9 and Z11 NEO are fairly similar, the Z9 is 205x490x482mm and the Z11 is slightly larger at 205x520x515mm which allows for more cooling options to be installed.  Using the default fan installation Overclockers Club saw slightly better CPU temperatures on the Z9, the GPU measured the same in both cases; adding fans to the Z11 will obviously help it take the lead.  Drop by to see their full review of both cases, including video.

"Reviewing both cases at the same time makes it interesting. You get to directly compare them with each other. Both of these cases are similar in size, and the feature sets are also fairly close. Neither case stood out much from the other – I like the style of the Z11 a little more, but the Z9 comes with a better compliment of fans. The use of space is also similar in both cases, although the I like the cable management a little better on the Z9 with the lower compartment that hides the power supply – but then you are covering up a power supply you may want to show off. And the Z11 has the cool, removable hard drive cages."