Earlier this month at the Hot Chips symposium, IBM revealed details on its upcoming Power9 processors and architecture. The new chips are aimed squarely at the data center and will be used for massive number crunching in big data and scientific applications in servers and supercomputer nodes.

Power9 is a big play from Big Blue, and will help the company expand its precense in the Intel-ruled datacenter market. Power9 processors are due out in 2018 and will be fabricated at Global Foundries on a 14nm HP FinFET process. The chips feature eight billion transistors and utilize an “execution slice microarchitecture” that lets IBM combine “slices” of fixed, floating point, and SIMD hardware into cores that support various levels of threading. Specifically, 2 slices make an SMT4 core and 4 slices make an SMT8 core. IBM will have Power9 processors with 24 SMT4 cores or 12 SMT8 cores (more on that later). Further, Power9 is IBM’s first processor to support its Power 3.0 instruction set.

According to IBM, its Power9 processors are between 50% to 125% faster than the previous generation Power8 CPUs depending on the application tested. The performance improvement is thanks to a doubling of the number of cores as well as a number of other smaller improvements including:

The Power9 processor features 120 MB of direct attached eDRAM that acts as an L3 cache (256 GB/s). The chips offer up 7TB/s of aggregate fabric bandwidth which certainly sounds impressive but that is a number with everything added together. With that said, there is a lot going on under the hood. Power9 supports 48 lanes of PCI-E 4.0 (2 GB/s per lane per direction), 48 lanes of proprietary 25Gbps accelerator lanes – these will be used for NVLink 2.0 to connect to NVIDIA GPUs as well as to connect to FPGAs, ASICs, and other accelerators or new memory technologies using CAPI 2.0 (Coherent Accelerator Processor Interface) – , and four 16Gbps SMP links (NUMA) used to combine four quad socket Power9 boards into a single 16 socket “cluster.”

These are processors that are built to scale and tackle the big data problems. In fact, not only is Google interested in Power9 to power its services, but the US Department of Energy will be building two supercomputers using IBM’s Power9 CPUs and NVIDI’s Volta GPUs. Summit and Sierra will offer between 100 to 300 Petaflops of computer power and will be installed at Oak Ridge National Laboratory and Lawrence Livermore National Laboratory respectively. There, some of the projects they will tackle is enabling the researchers to visualize the internals of a virtual light water reactor, research methods to improve fuel economy, and delve further into bioinformatics research.

The Power9 processors will be available in four variants that differ in the number of cores and number of threads each core supports. The chips are broken down into Power9 SO (Scale Out) and Power9 SU (Scale Up) and each group has two processors depending on whether you need a greater number of weaker cores or a smaller number of more powerful cores. Power9 SO chips are intended for multi-core systems and will be used in servers with one or two sockets while Power9 SU chips are for multi-processor systems with up to four sockets per board and up to 16 total sockets per cluster when four four socket boards are linked together. Power9 SO uses DDR4 memory and supports a theoretical maximum 4TB of memory (1TB with today’s 64GB DIMMS) and 120 GB/s of bandwidth while Power9 SU uses IBM’s buffered “Centaur” memory scheme that allows the systems to address a theoretical maximum of 8TB of memory (2TB with 64GB DIMMS) at 230 GB/s. In other words, the SU series is Big Blue’s “big guns.” 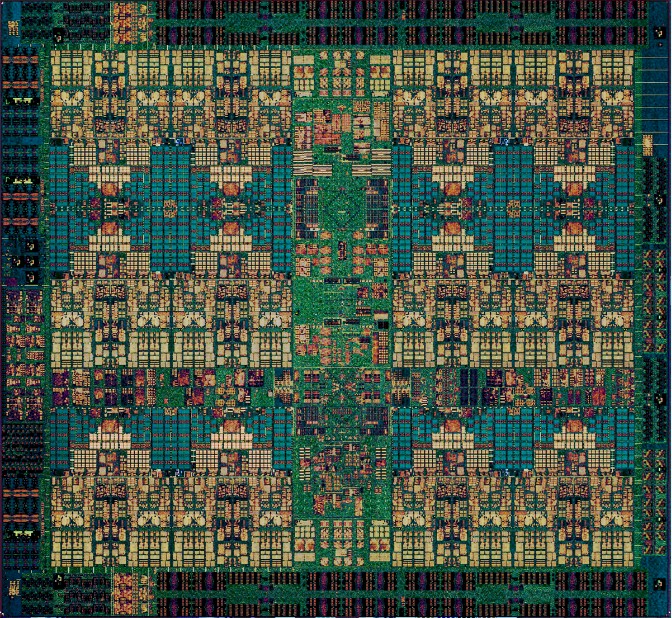 Here is where it gets a bit muddy. The processors are further broken down by an SMT4 or SMT8 and both Power9 SO and Power9 SU have both options. There are Power9 CPUs with 24 SMT4 cores and there are CPUs with 12 SMT8 cores. IBM indicated that SMT4 (four threads per core) was suited to systems running Linux and virtualization with emphasis on high core counts. Meanwhile SMT8 (eight threads per core) is a better option for large logical partitions (one big system versus partitioning out the compute cluster into smaller VMs as above) and running IBM’s Hypervisor. In either case (24 SMT4 or 12 SMT8) there is the same number of total threads, but you are able to choose whether you want fewer “stronger” threads on each core or more (albeit weaker) threads per core depending on which you workloads are optimized for.

Servers supporting Power9 are already under development by Google and Rackspace and blueprints are even available from the OpenPower Foundation. Currently, it appears that Power9 SO will emerge as soon as the second half of next year (2H 2017) with Power9 SU following in 2018 which would line up with the expected date for the Summit and Sierra supercomputer launches.

This is not a chip that will be showing up in your desktop any time soon, but it is an interesting high performance processor! I will be keeping an eye on updates from Oak Ridge lab hehe.