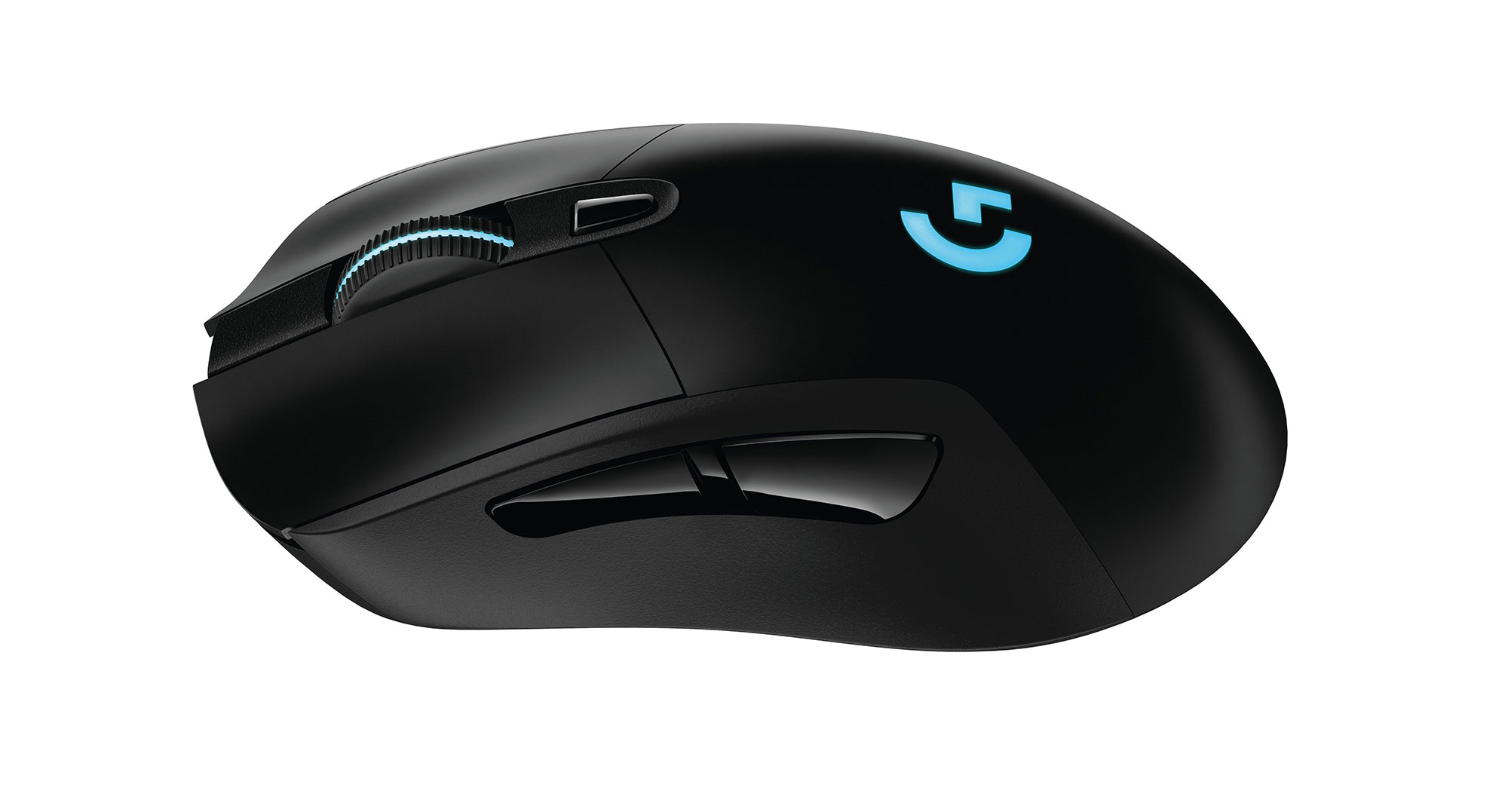 Loigtech is going after the general PC gaming market with a new low-cost accessory set.

I don’t think it should come as a surprise that, as the PC gaming market has grown, so has the need for high performance and deeply customizable accessories. Just look at the explosion of companies like Razer, Corsair and SteelSeries, all fairly new entrants into the world of gaming-specific PC keyboards, mice, audio devices and more. Logitech is likely the oldest name in keyboards and mice that many of us know; also, if you have been paying even a semblance of attention recently, you know that the Logitech G brand has been putting the giant back into the mix in regards to those coveted high end PC gaming buyers.

But what about the rest of the community, the growing segment that includes kids, parents and users that were once dedicated console gamer? For many of the people that fall into this category, the idea of paying $150 for a keyboard and $150 for a mouse seems ludicrous, and sometimes it’s hard not to agree with them. To counter, how many of these newer and less experiences gamers are banging away on keyboards that shipped with their computer or with a keyboard and mouse combination that Mom or Dad brought home from the office? There remains a need for a set of gaming peripherals that are both gaming-centric but easy to use and low cost enough to address the mass market.

Logitech’s answer is the Logitech G Prodigy brand of devices. Launching today with two mice (wired and wireless), a keyboard and a headset, the Prodigy collection is meant to be low cost and easy to use, but still offers the key technologies and advantages that higher end hardware has created.

Available in both a wired and wireless version, priced at just $69 and $99 respectively, the G403 Prodigy mouse is a step above standard mice for gaming. The shape and feel of the unit are very clearly an iteration of the old Microsoft Intellimouse, which is one of the most, if not THE most popular input devices of the last 20 years. This gives the mouse an instantaneous familiarity to a large number of gamers and hey: if it ain’t broke don’t fix it, right?

The G403 has some impressive performance as well, with the same 1ms polling rate as the majority of Logitech G’s gaming mice. Both wired and wireless versions use the PMW3366 optical sensor, of which I am big fan of based on previous reviews and long term usage. This sensor is the same as the one used in the G900, for example, that doesn’t utilize pixel rounding giving gamers the most accurate translation from hand movement to screen without annoying mouse acceleration.

A very basic weight adjustment system is used on the G403 mice as well, with a 10g disc included that can be easily installed under the mouse through a magnetically latched door. This is about 10% of the total weight of the G403 mice (though it wireless version is slightly heavier than the wired) and users can definitely feel the change when swapping the weight. 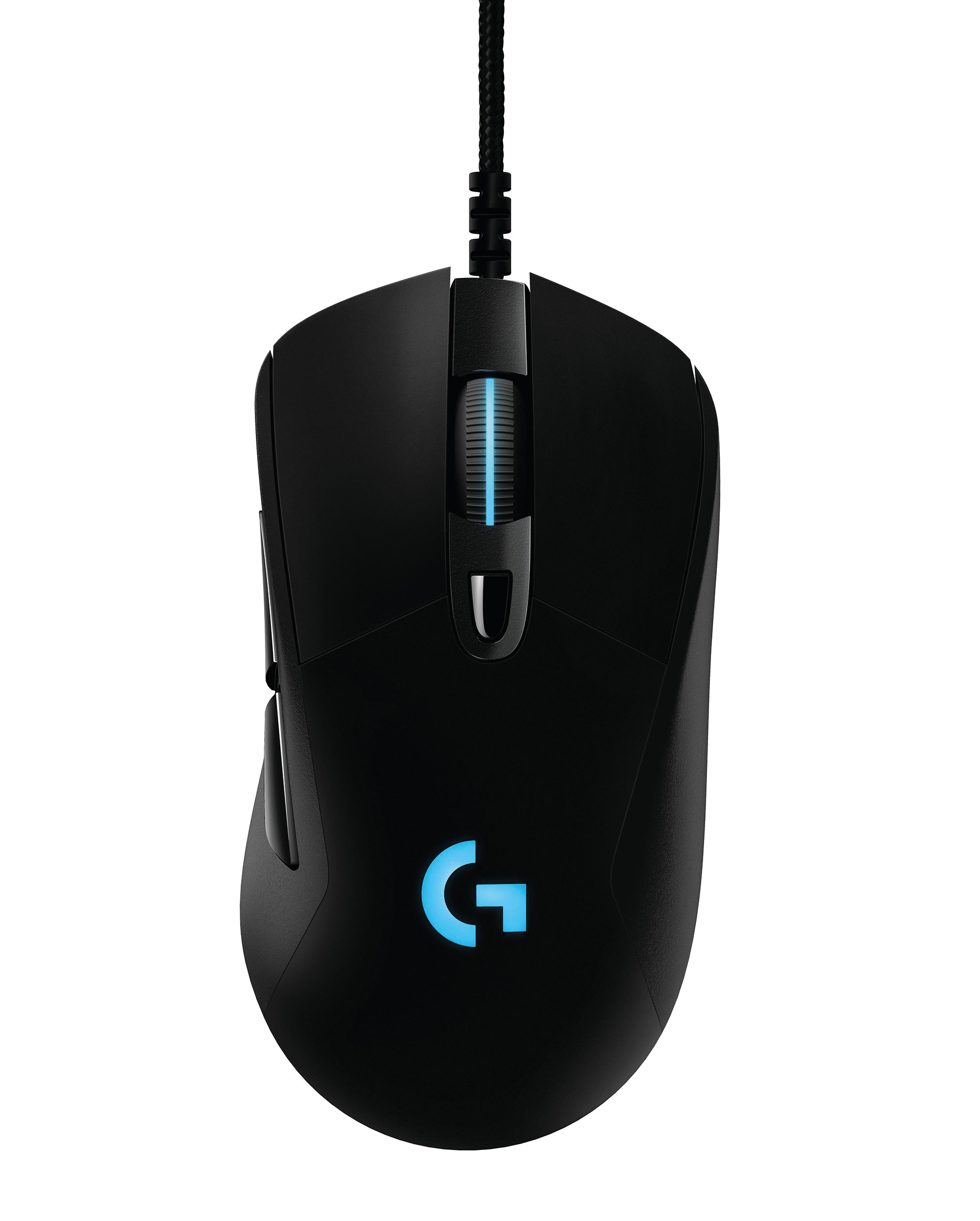 Along with weight-based customization, both mice are RGB enabled with lights on the G logo (under the palm) and on the scroll wheel itself. This can be controlled through the Logitech Gaming Software and even be synchronized between multiple devices.

The wireless version of the G403 mouse uses identical technology to the G900 wireless mouse that started Logitech down the path of countering assumptions on cutting the cords for gaming accessories. If you read up on our preview of the G900 you’ll know that the wireless technology that Logitech has developed stands above others in the market and is even able to claim faster click response times than popular wired mice! The same dongle + USB attached option applies to the G403 that was shown with the G900, giving you the option of going wired without worrying about battery charge times.

Though you might expect all gaming keyboards to be mechanical switch based, the G213 goes away from that trend in order to bring down costs while still providing a high quality gaming and productivity experience. At $69, this keyboard offers a solid value to beginning and expert level PC gamers. Even without mechanical switches, Logitech claims that the G213 is 4x faster than standard keyboard with a 2ms polling rate and a “gaming-optimized” keyboard matrix to prevent ghosting. 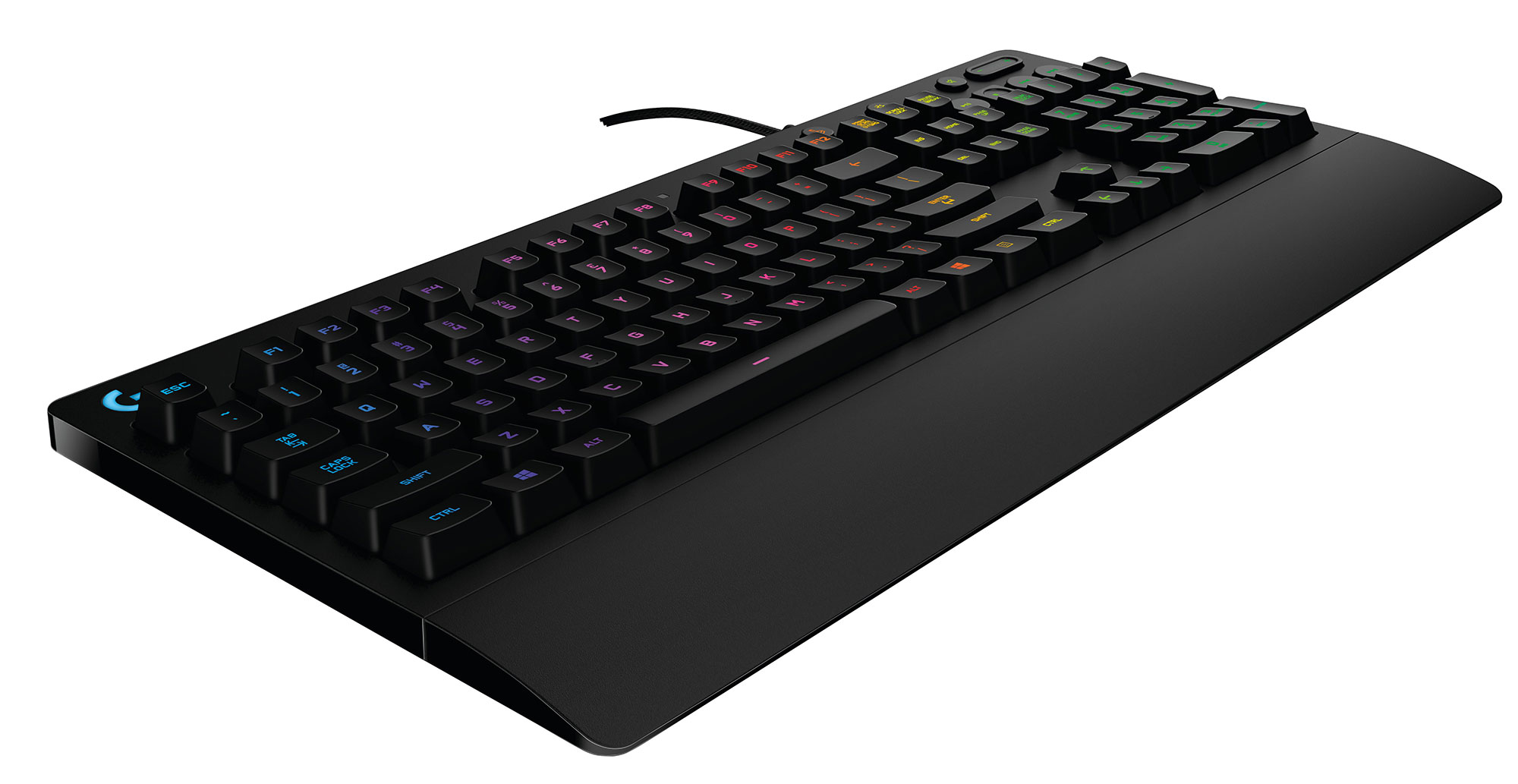 The keyboard is completely RGB LED backlit and you are able to control the lighting for each key individually through the LGS suite. It is spill resistant (though not proof) should you be one of our more accident prone readers and it is height adjustable for wrist angle comfort. 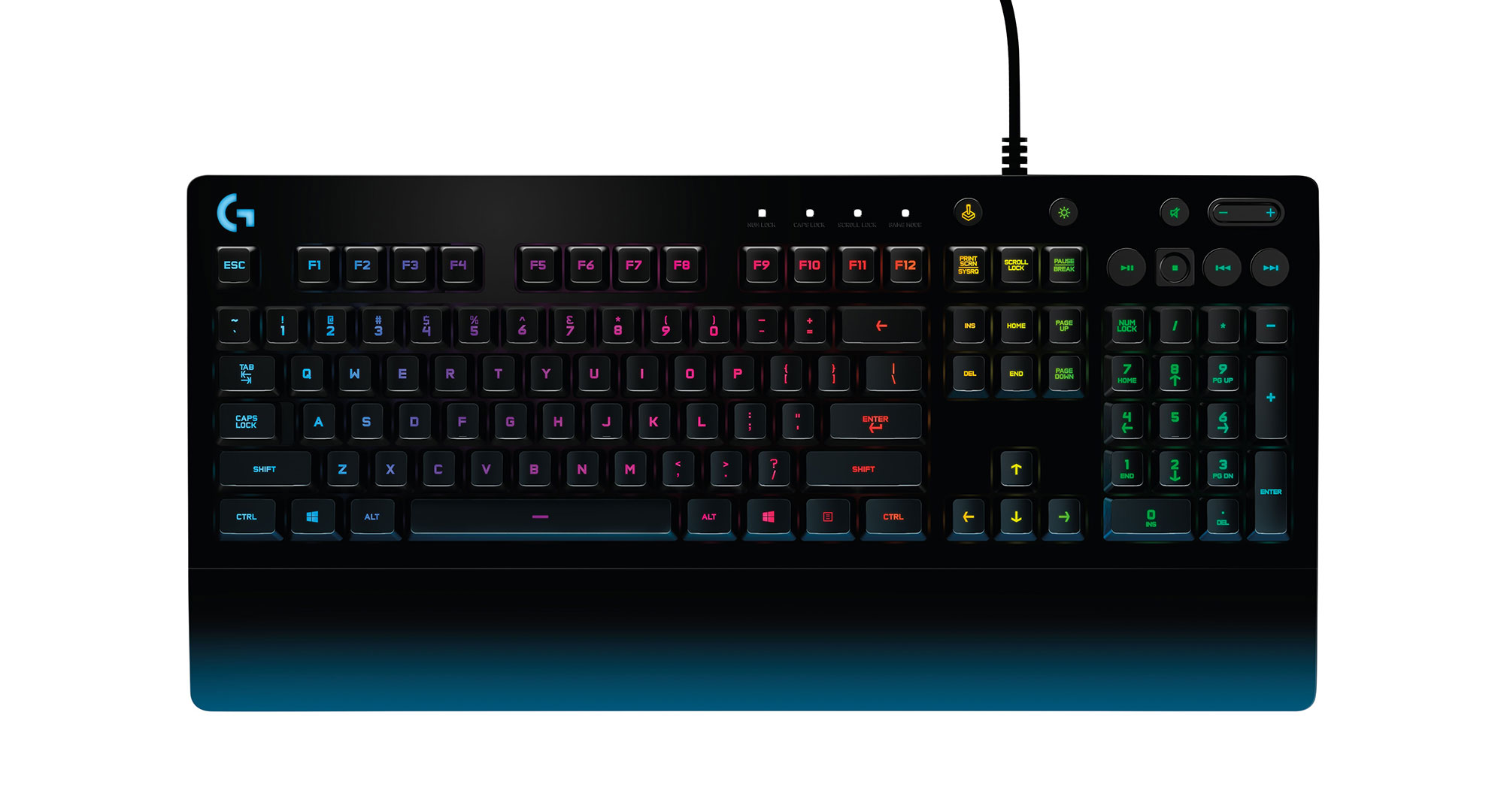 I was only able to use the keyboard for a few days before launch and, though I have become accustomed to the mechanical switch sound a feel, the dome switches used on the G213 worked perfectly well for both gaming and typing/productivity. The keys aren’t silent like you may be used to with membrane offerings, but the G213 is more in line with traditional PC users’ expectations.

Yet another $69 accessory, the G231 headset is an analog stereo design that works with both PCs and consoles with the included three-right connection adapter. This portability will allow gamers that frequently move between their PC and Xbox or PlayStation to maintain continuity and familiarity throughout sessions. There are no surround features here or any kind of emulation for that, but you do get a very high quality 40mm driver for rich sound that might be a *tad* heavy on the bass. 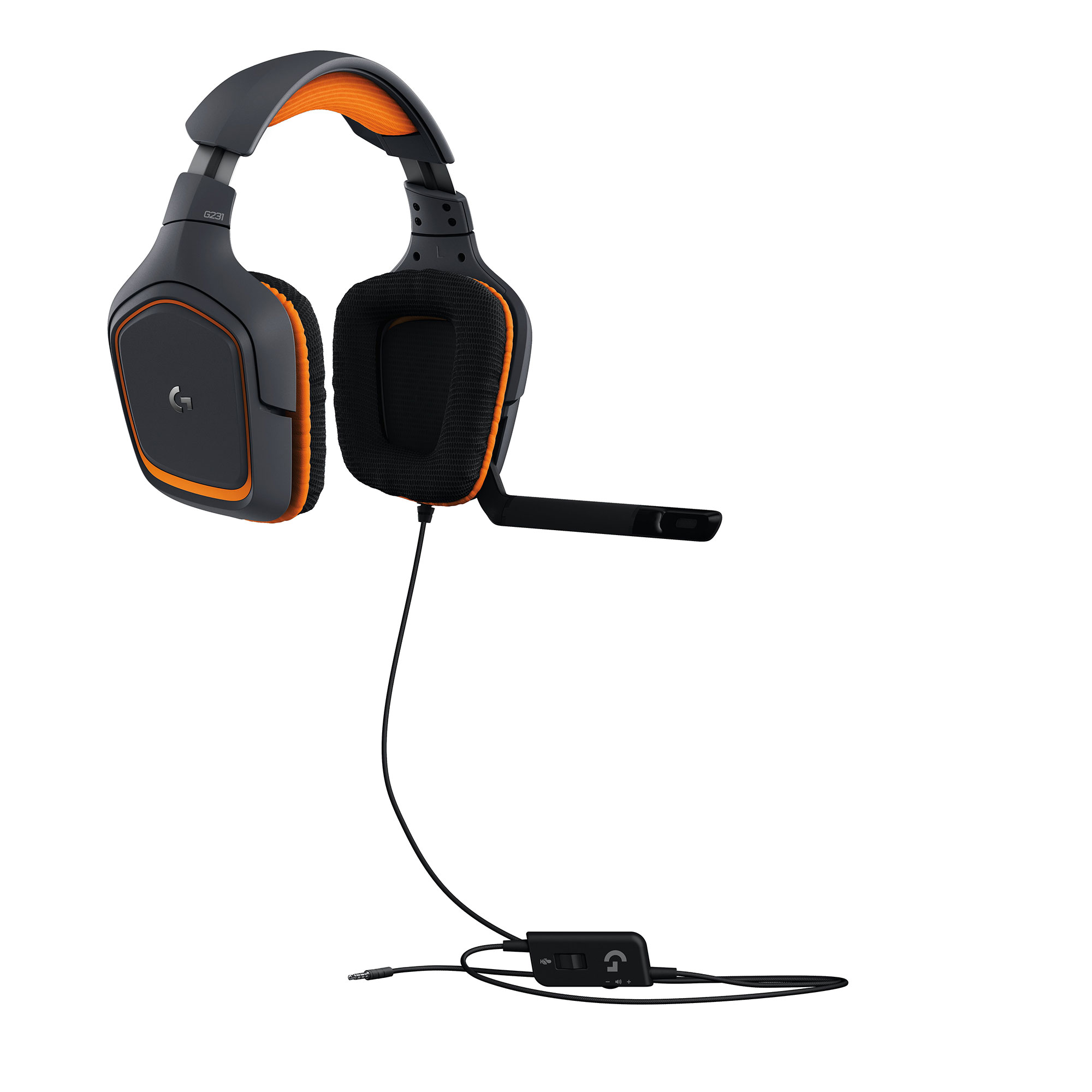 The G231 uses removable and washable foam ear cups and has adjustable slides for different head sizes. The ear cups rotate >90 degrees so that you can rest them on your neck/chest in between gaming sessions. The integrated folding boom mic is optimized for voice communication so expect it to be a bit on the tinny side.

This is the only Prodigy product launching today without RGB LED integration. I guess we can’t have it all.

The new Logitech G Prodigy family looks impressive. You could easily combine a G403 mouse (wired), G213 keyboard and G231 headset for just under $210 and I think any gamer not already using a gaming-centric set of peripherals would find the upgrade well worth the price. If you want to spring for the wireless capability, you’ll be asked to for a $30 upgrade charge.

It also shouldn’t be overlooked that the Prodigy line is able to take full advantage of the Logitech Gaming Software features and capabilities. That includes multi-device lighting synchronization and per-game automated profiles, which allows you to change button programs based on the game you are playing.

I’ll be spending more time with the Prodigy setup here in the coming week as I replace my current keyboard, mouse and headset with the new hardware. I’ll report back with more hands-on experience very soon!