When I first read this post, it was on the same day that AMD released their Radeon Software Crimson Edition 16.10.1 drivers, although it was apparently posted the day prior. As a result, I thought that their reference to 16.9.1 was a typo, but it apparently wasn't. These changes have been in the driver for a month, at least internally, but it's unclear how much it was enabled until today. (The Scott Wasson video suggests 16.10.1.) It would have been nice to see it on their release notes as a new feature, but at least they made up for it with a blog post and a video.

If you don't recognize him, Scott Wasson used to run The Tech Report, and he shared notes with Ryan while we were developing our Frame Rating testing methodology. He was focused on benchmarking GPUs by frame time, rather than frame rate, because the number of frames that the user sees means less than how smooth the animation they present is. Our sites diverged on implementation, though, as The Tech Report focused on software, while Ryan determined that capturing and analyzing output frames, intercepted between the GPU and the monitor, would tell a more complete story. Regardless, Scott Wasson left his site to work for AMD last year, with the intent to lead User Experience.

This feature particularly interesting, because, depending on the multi-adapter mode, a lot of that control should be in the hands of the game developers. It seems like the three titles they announced, 3D Mark: Time Spy, Rise of the Tomb Raider, and Total War: Warhammer, would be using implicit linked multi-adapter, which basically maps to CrossFire. I'd be interested to see if they can affect this in explicit mode via driver updates as well, but we'll need to wait and see for that (and there isn't many explicit mode titles anyway — basically just Ashes of the Singularity for now).

If you're interested to see how multi-GPU load-balancing works, we published an animation a little over a month ago that explains three different algorithms, and how explicit APIs differ from OpenGL and DirectX 11. It is also embedded above. 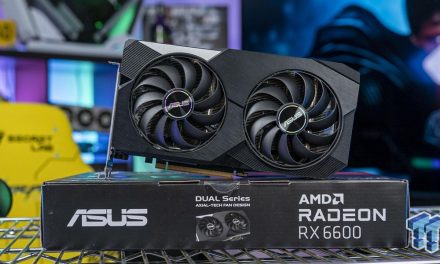