I've been seeing a lot of people discussing how frequently Windows 10 seems to be getting updated. This discussion usually circles back to how many issues have been reported with the latest Anniversary Update, and how Microsoft has been slow in rolling it out. The thing is, while the slow roll-out is interesting, the way Windows 10 1607 is being patched is not too unusual.

The odd part is how Microsoft has been releasing the feature updates, themselves.

In the past, Microsoft has tried to release updates on the second Tuesday of every month. This provides a predictable schedule for administrators to test patches before deploying them to an entire enterprise, in case the update breaks something that is mission-critical. With Windows 10, Microsoft has declared that patches will be cumulative and can occur at any time. This led to discussion about whether or not “Patch Tuesday” is dead. Now, a little over a year has gone by, and we can actually quantify how the OS gets updated.

There seems to be a pattern that starts with each major version release, which has (thus far) been builds 10240, 10586, and 14393. Immediately before and after these builds start to roll out to the public, Microsoft releases a flurry of updates to fix issues.

The same trend occurred with Build 10586 (Windows 10 version 1511). Microsoft released the update to the public on November 12th, but pushed a patch through Windows Update on November 10th, and five more over Windows Update in the following month-and-a-bit. It mostly settled down to Patch Tuesday after that, although a few months had a second hotfix sometime in the middle.

We are now seeing the same trend happen with Windows 10 version 1607. Immediately after release, Microsoft pushed a bunch of hotfixes. If history repeats itself, we should start to see about two updates per month for the next couple of months, then we will slow down to Patch Tuesday until Redstone 2 arrives sometime in 2017.

So, while this seems to fit a recurring trend, I do wonder why this trend exists.

Part of it makes sense. When Microsoft is developing Windows 10, it is trying to merge additions from a variety of teams into a single branch, and do so once or twice each year. This likely means that Microsoft has a “last call” date for these teams to merge their additions into the public branch, and then QA needs to polish this up for the general public. While they can attempt to have these groups check in mid-way, pushing their work out to Windows Insiders in a pre-release build, you can't really know how the final build will behave until after the cut-off.

At the same time, the massive flood of patches within the first month would suggest that Microsoft is pushing the final build to the public about a month or two too early. If this trend continues, it would make the people who update within the first month basically another ring of the Insider program. The difference is that it is less out-in, because you get it when Windows Update tells you to.

It will be interesting to see how this continues going forward, too. Microsoft has already delayed Redstone 2 until 2017, as I mentioned earlier. This could be a sign that Microsoft is learning from past releases, and optimizing their release schedule based on these lessons. I wonder how soon before release will Microsoft settle on a “final build” next time. It seems like Microsoft could avoid many stability problems by simply setting an earlier merge date, and aggressively performing QA for a longer period until it is released to the public.

Or I could be completely off. What do you all think? 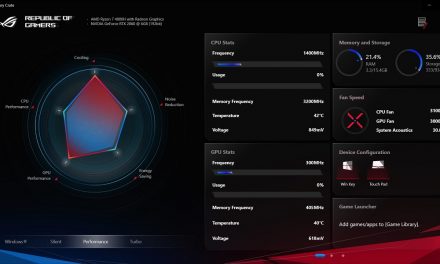 It really is super speedy