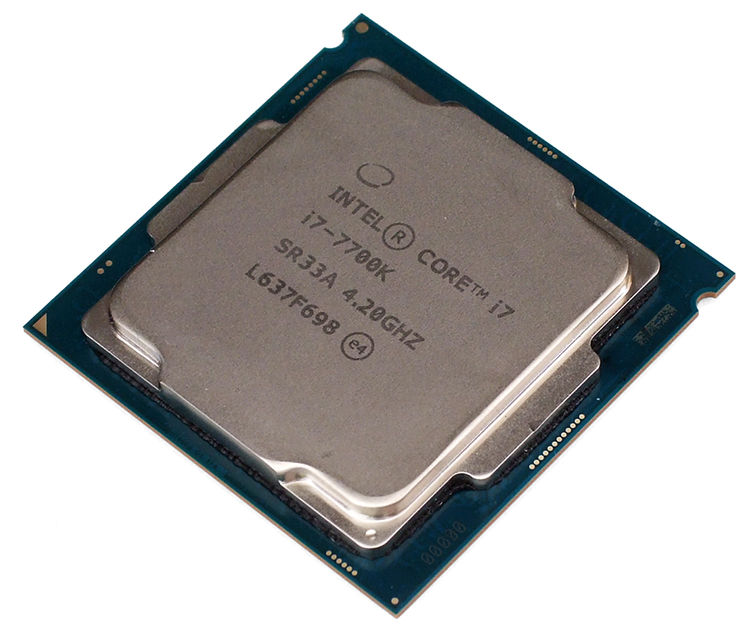 Someone, who wasn’t Intel, seeded Tom’s Hardware an Intel Core i7-7700k, which is expected for release in the new year. This is the top end of the mainstream SKUs, bringing four cores (eight threads) to 4.2 GHz base, 4.5 GHz boost. Using a motherboard built around the Z170 chipset, they were able to clock the CPU up to 4.8 GHz, which is a little over 4% higher than the Skylake-based Core i7-6700k maximum overclock on the same board.

Before we continue, these results are based on a single sample. (Update: @7:01pm — Also, the motherboard they used has some known overclock and stability issues. They mentioned it a bit in the post, like why their BCLK is 99.65MHz, but I forgot to highlight it here. Thankfully, Allyn caught it in the first ten minutes.) This sample has retail branding, but Intel would not confirm that it performs like they expect a retail SKU would. Normally, pre-release products are labeled as such, but there’s no way to tell if this one part is some exception. Beyond concerns that it might be slightly different from what consumers will eventually receive, there is also a huge variation in overclocking performance due to binning. With a sample size of one, we cannot tell whether this chip has an abnormally high, or an abnormally low, defect count, which affects both power and maximum frequency.

That aside, if this chip is representative of Kaby Lake performance, users should expect an increase in headroom for clock rates, but it will come at the cost of increased power consumption. In fact, Tom’s Hardware states that the chip “acts like an overclocked i7-6700K”. Based on this, it seems like, unless they want an extra 4 PCIe lanes on Z270, Kaby Lake’s performance might already be achievable for users with a lucky Skylake.

I should note that Tom’s Hardware didn’t benchmark the iGPU. I don’t really see it used for much more than video encoding anyway, but it would be nice to see if Intel improved in that area, seeing as how they incremented the model number. Then again, even users who are concerned about that will probably be better off just adding a second, discrete GPU anyway.