It looks like Peter Brown, Senior Reviews Editor at GameSpot received an NES Classic and promptly disassembled it for a single photo. From there, users on Reddit searched the component model numbers and compiled specifications. According to their research, the system (unless Nintendo made multiple, interchangeable models) is based on an Allwinner R16 SoC, which has four ARM Cortex A7 cores and an ARM Mali 400 MP2 GPU. Attached to this is 256MB of DDR3 RAM and 512 MB of flash. 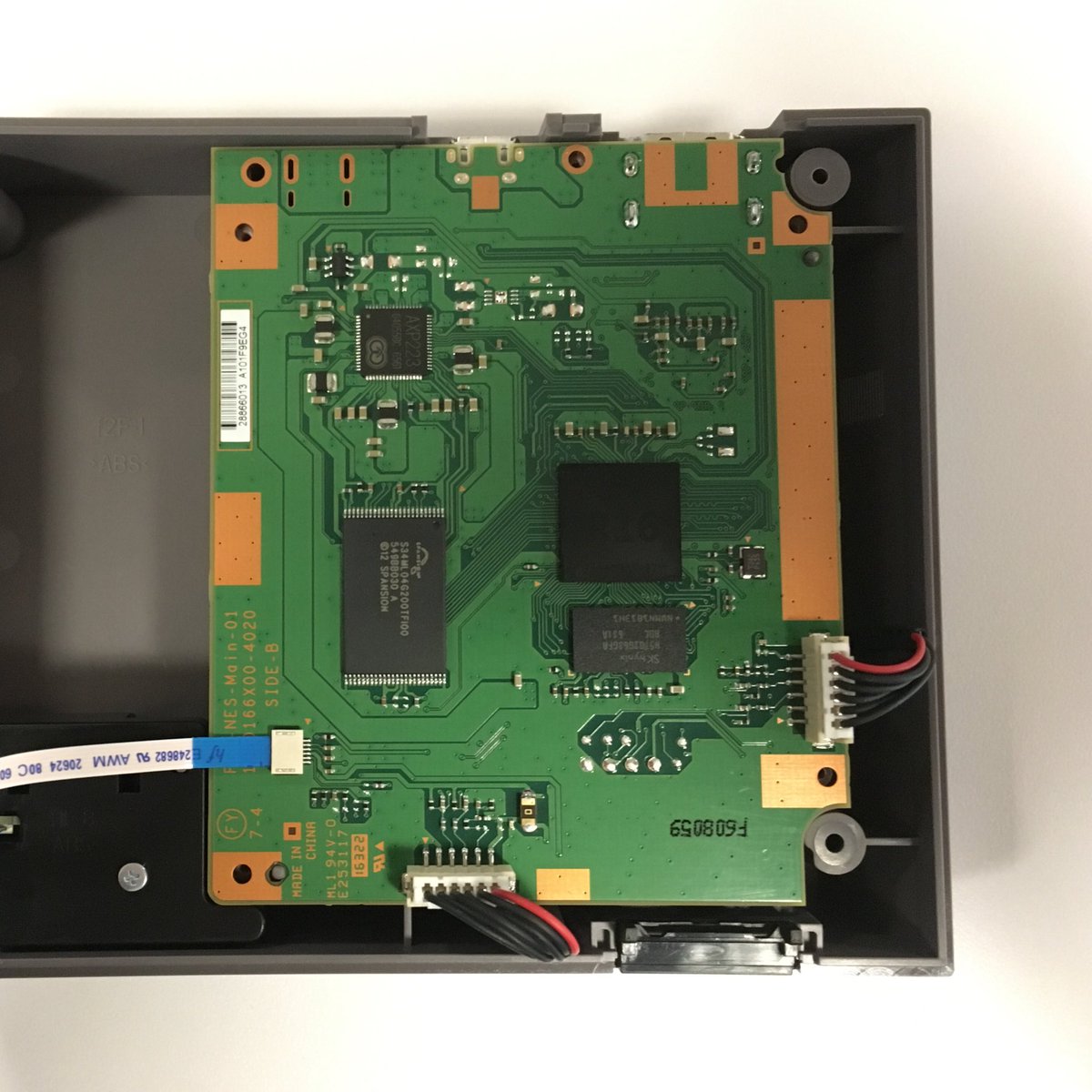 Thankfully, the packaging of each chip has quite large, mostly legible branding, so it's easy to verify.

In terms of modern phone technology, this is about the bottom of the barrel. The Allwinner R16 should be roughly comparable to the Raspberry Pi 2, only that system has about four times the RAM as Nintendo's. This is not a bad thing, of course, because its entire goal is to emulate a device that was first released in 1983 (in Japan) albeit at high resolution. Not all of the games will be free for them to include, either. Mega Man 2, PAC-MAN, Final Fantasy, Castlevania 1 and 2, Ninja Gaiden, Double Dragon II, Bubble Bobble, Tecmo Bowl, Super C, and Galaga are all from third-party publishers, who will probably need some cut of sales.

The NES Classic Edition goes on sale on November 11th for $59.99 USD MSRP.