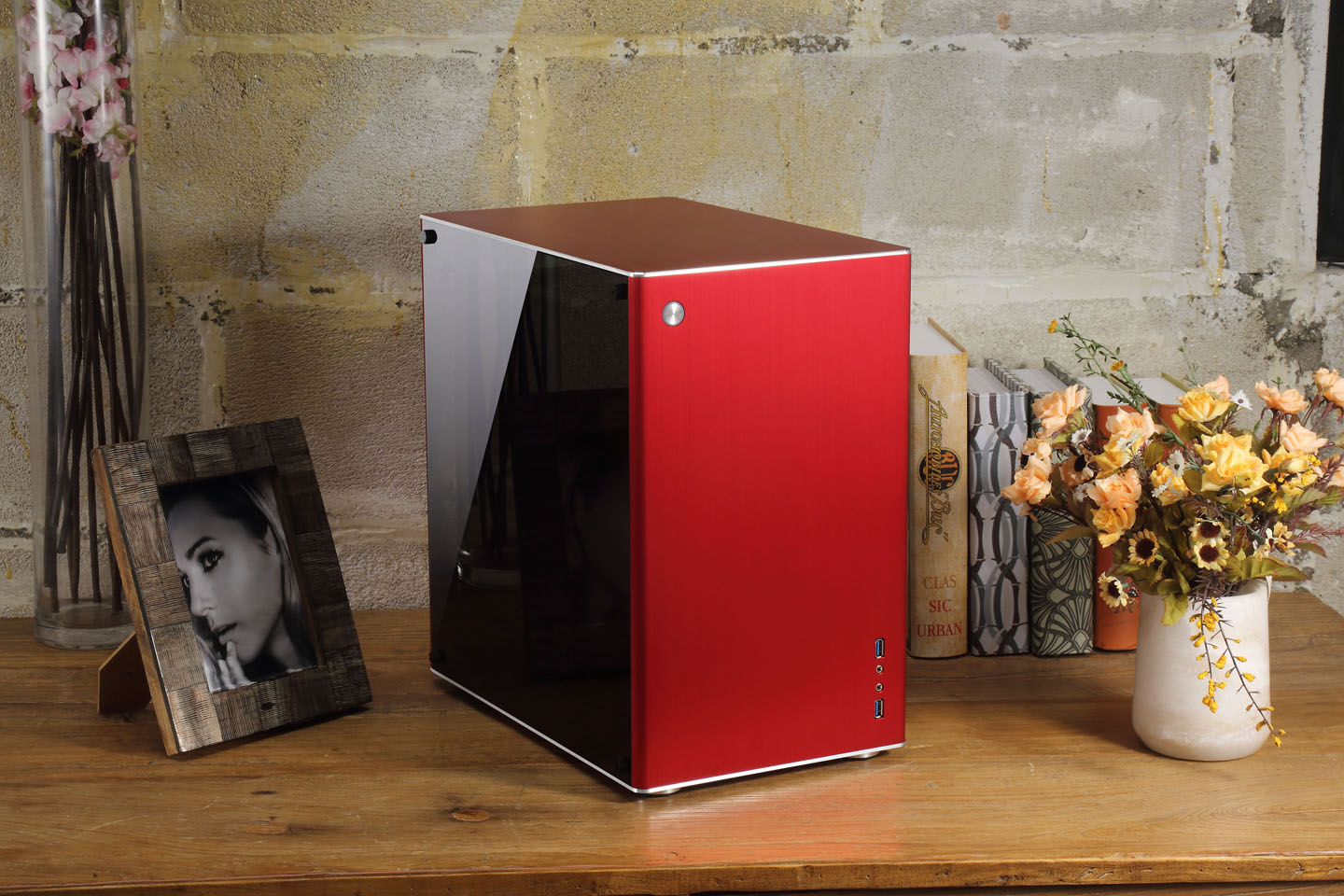 Jonsbo, an OEM based in Hong Kong that also does ODM designs for other brands (such as Newegg’s house brand Rosewill) has announced a new Micro ATX chassis called the VR2. The upcoming small form factor case measures 14.9” x 9.4” x 15.8” and is constructed using an SGCC (cold rolled steel) frame along with 3mm thick aluminum-magnesium alloy body panels and 5mm tempered glass side panels on both the left and right sides. The case comes in black, silver, and red.

The SFF VR2 case uses a vertical motherboard design that places the rear IO, power supply input, and PCI slots at the top of the case. The cable clutter is hidden by the top panel of the case and cables are routed out of the back of the case. The vertical mounting design allows for larger graphics cards (up to 12.6" / 320mm) to be installed along with standard ATX power supplies up to 250mm long. Further, while we are on measurements, CPU coolers can be up to 190mm tall.

Cooling is handled by two 120mm fans in the bottom and a single 120mm fan up top. Airflow is going to be restricted with this design, but according to Jonsbo the cooling setup will generate positive pressure and bring in enough cool air to keep things running smoothly even with the single exhaust fan that does not have a direct outside vent above it (we will have to see if reviews confirm these claims, of course!). 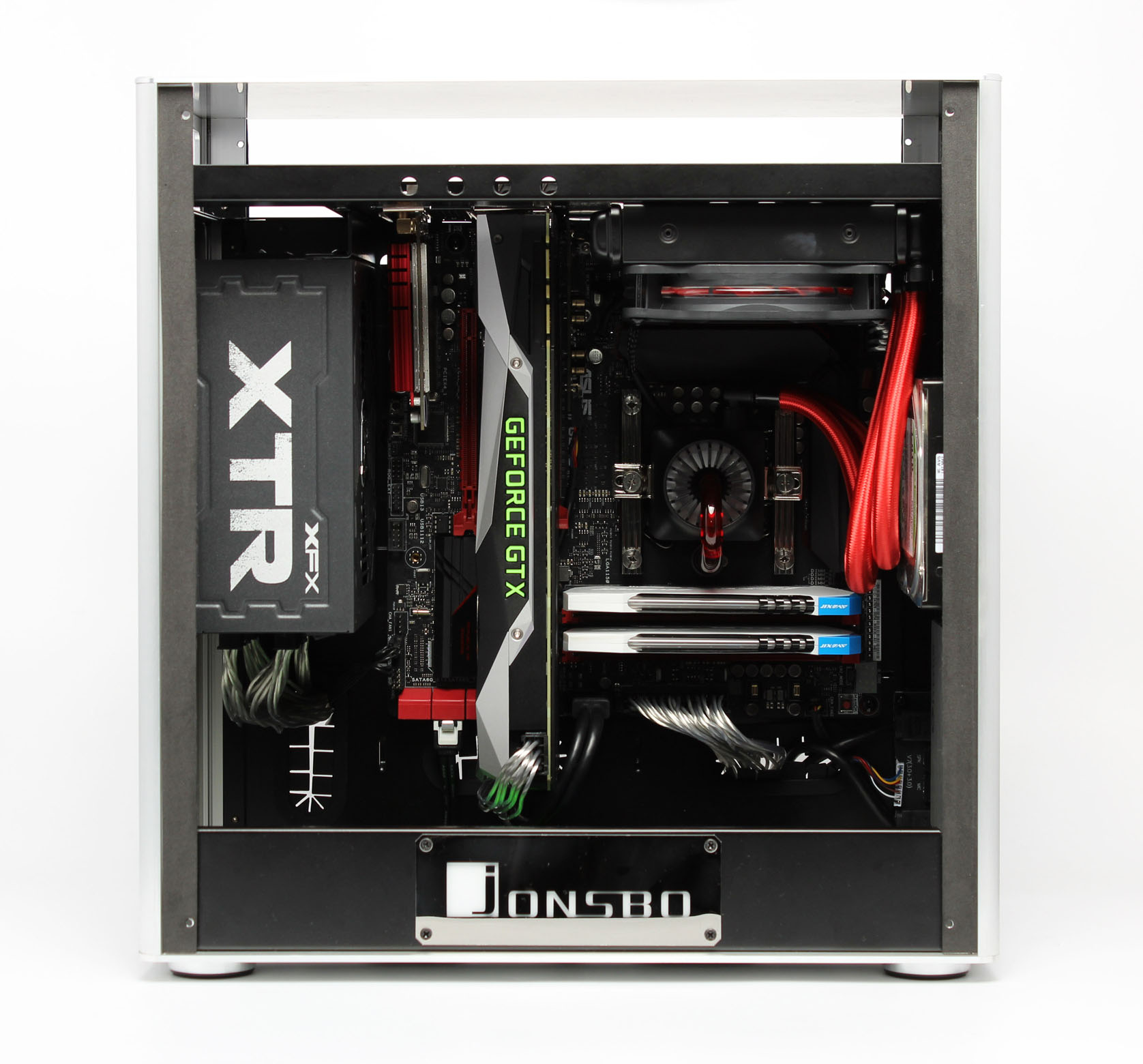 The outside of the case is kept simple with subtle curved edges, rounded case feet, and clean front and top panels sans vents. There are two USB 3.0 (USB 3.1 Gen 1) ports and two 3.5mm audio jacks nestled in the bottom right corner and a single silver power button in the top left corner of the front panel. Other than that, even the vents are hidden from view. The red version in particular is quite attractive. The left and right sides of the case feature tempered glass to show off your components as well as your awesome cable management behind the motherboard tray (it's not a rat's nest back there right?? heh). 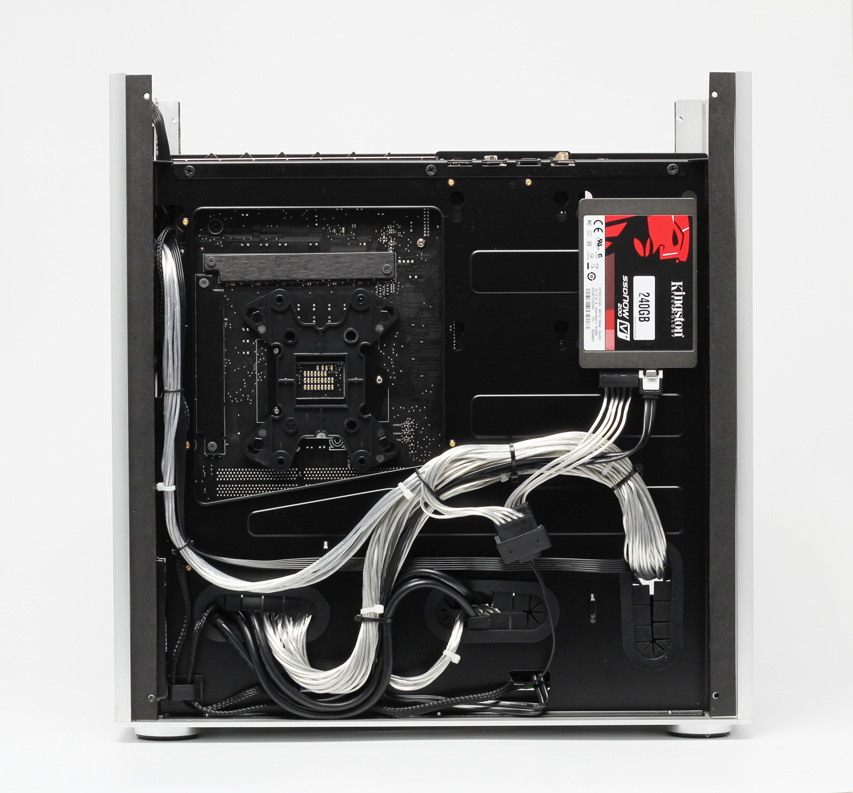 Internally, the Jonsbo VR2 has a motherboard tray with a very large CPU cutout and cable routing grommets along the bottom edge. This actually works out well except for perhaps the CPU power connector (the grommets are close to the bulky 24-pin and GPU inputs though). A modular power supply is a must though if you want a clean build though; there is no space to easily hide away unused cables.

The case has room for a total of four 2.5" drives and a single 3.5" drive with the 3.5" and two 2.5" SSDs in the main compartment and two SSD mounts behind the motherboard tray.

It is an interesting case from a company that I had not heard of before. More photos and specifications can be found on the company's website.

It is not clear whether we will see the Jonsbo branded version in the US soon or if we will have to wait for a US company to pick up the design and sell it under their own brand (or import it I suppose). Pricing and availability have not been announced yet, but hopefully more information will be released next month at CES.

A different set of winners from LANWar ’06