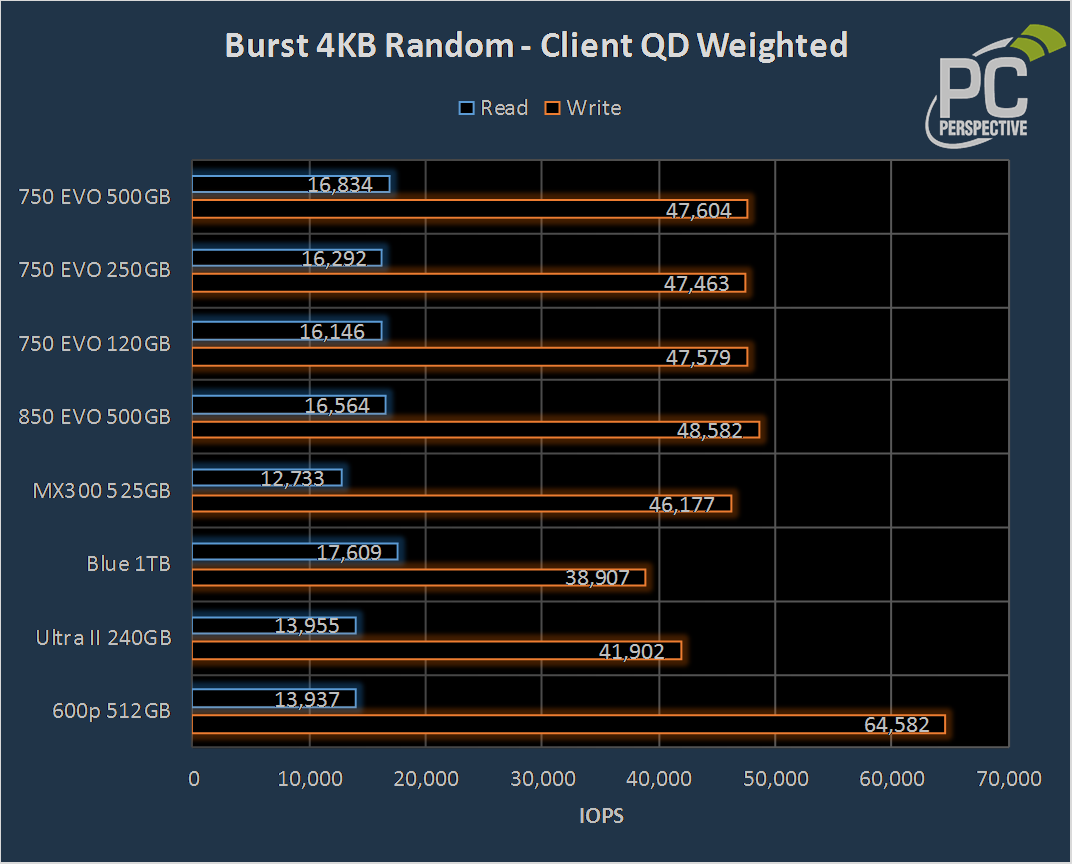 The 750 EVO does surprisingly well here, even at the lower capacities (which have fewer dies to spread the workload). The WD Blue shows the same higher read / slower write trend seen on the previous page, but we were only sampled the 1TB model of that part, so the higher performance must be tempered by the capacities not being on parity. The Intel 600p is the lowest performer on low-QD reads while its higher interface bandwidth and SLC cache helps it beat the pack on writes. 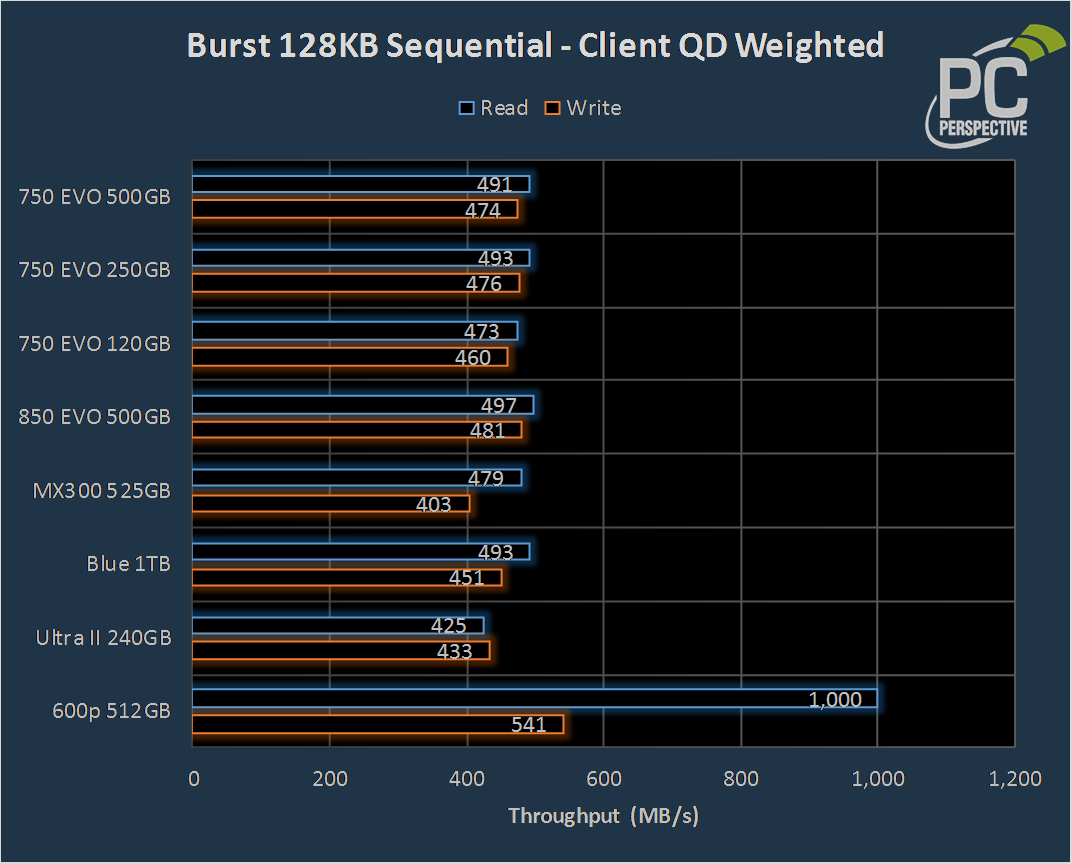 Most of the SATA parts here ride close to interface saturation. The 600p, despite being an NVMe part, is unable to reach its full throughput at lower queues, limiting its lead on the SATA parts.

For those curious how these results pan out in comparison to older / other SSDs, well, here's a few hundred results for your viewing pleasure:

…did I mention we have thoroughly validated our new test suite?