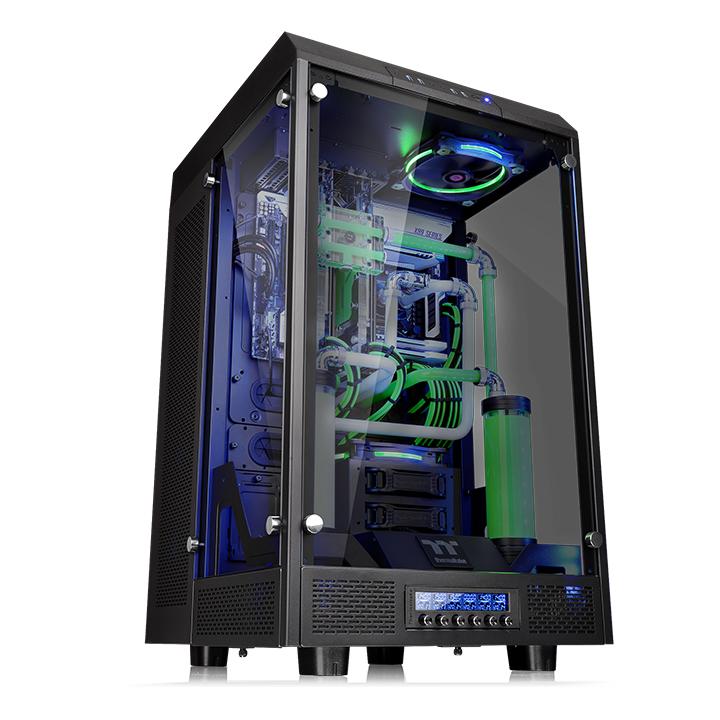 Thermaltake is readying the Tower 900 for launch later this month. Clad in all-black or snow white, the Tower 900 was designed in concert with Watermod France to be modder and liquid cooling friendly with a design that allows enthusiasts to show off their DIY builds.

The upcoming Tower 900 series is part of Thermaltake’s TT Premium line and is constructed using a “dismantlable module design” that allows builder to completely strip the case down to the frame to make modding the various panels and pants easier. The case used a neat dual chamber design that puts the PC components front and center and the liquid cooling, power supply, and storage devices behind the motherboard chamber.

The front chamber is surrounded on three sides by 5mm thick tempered glass and holds up to E-ATX motherboards vertically and supports 260mm high CPU coolers and 400mm long graphics cards. There are 8 PCI expansion slots. In addition to the motherboard, the front chamber holds two 3.5”/2.5" drive trays that are visible through the case windows, two hidden 2.5" SSD mounts, and up to two large coolant reservoirs. Thermaltake suggests that the Tower 900 would work well with dual loop systems, and I tend to agree. Modders will be able to put together some very nice looking builds, especially if they use rigid tubing.

Other features include large rounded case feet, a single 5.25” drive bay nestled in the bottom of the front panel, and four USB 3.0 and one audio jack for front panel I/O up top. 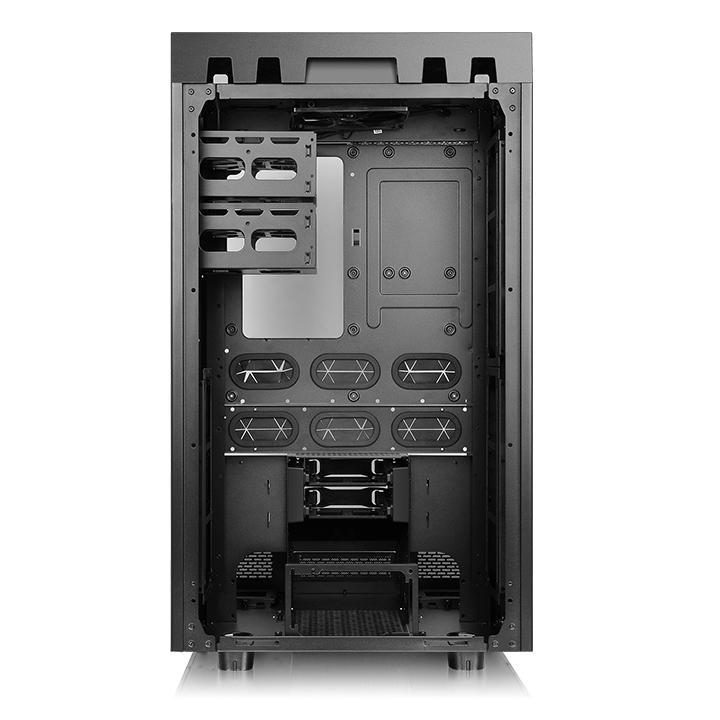 Around back, the Tower 900 hosts a standard ATX power supply, up to four 3.5” or 2.5” drives in a hard drive cage (though you give up some radiator capacity on the right side if you use the HDD cage), and up to an impressive 480mm or 560mm (depending on if its 120mm or 140mm fans) radiator on both the left and right sides! In theory you could have a 560mm radiator for your multi GPU setup on one loop and 360mm radiator for the CPU on a second loop along with all four hard drives or if you can get by with the two 2.5” drives in the front chamber your CPU could also have a 480/560mm radiator of its own. 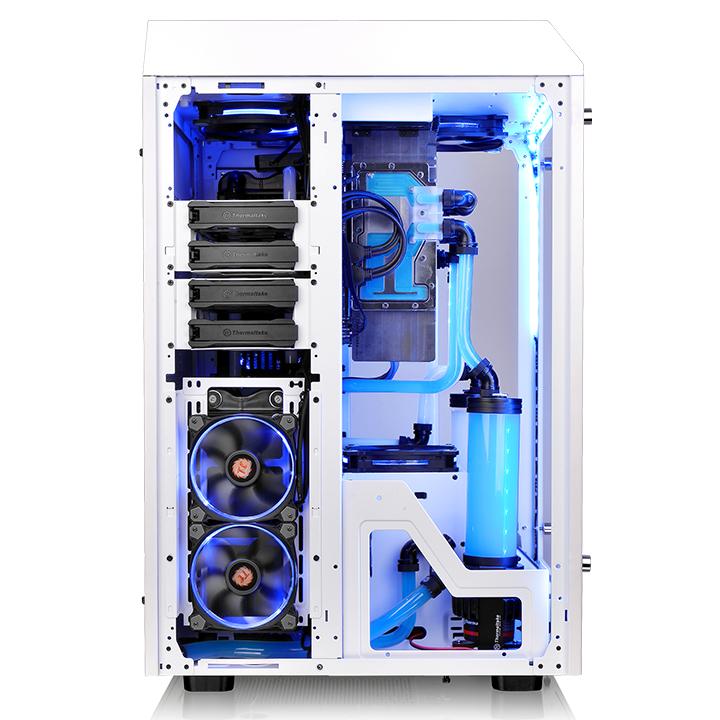 If you are into air cooling, the Tower 900 supports a total of 13 120mm or 140mm fans. One fan in the front chamber above the SSD drive trays, four on the left, four and four on the right in the back chamber, and two fans each on the top and bottom.

For those curious, the case measures 29.6” x 16.7” x 19” and weighs 54 pounds. Once it is full of water and PC components, you should probably team lift this monster heh. Additional photos and videos can be found here.

The Thermaltake Tower 900 is currently up for pre-order and is slated to be available by mid-December in both all black and snow white for $249.99 with a full rollout in January.

It certainly looks nice, and I can see a lot of potential for custom PCs. I am looking forward to seeing the full reviews as well as what enthusiasts are able to do with it! 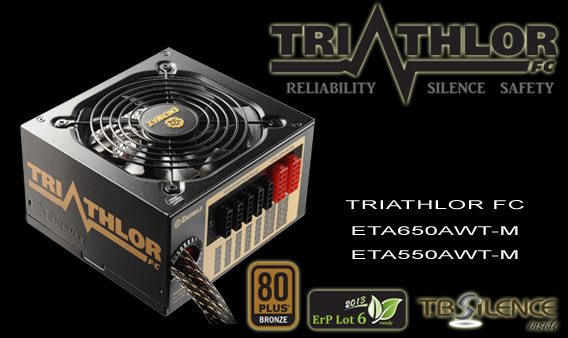