AM4 Edging Closer to Retail

AM4 has been around a while, but hidden. Now we know all the details.

Many of us were thinking that one of the bigger stories around CES would be the unveiling of a goodly chunk of AM4 motherboards.  AM4 has been around for about half a year now, but only in system integrator builds (such as HP).  These have all been based around Bristol Ridge APU (essentially an updated Carrizo APU).  These SOCs are not exactly barn burners, but they provide a solid foundation for a low-cost build.  The APUs features 2 modules/4 cores, a GCN based GPU, and limited southbridge I/O functionality. 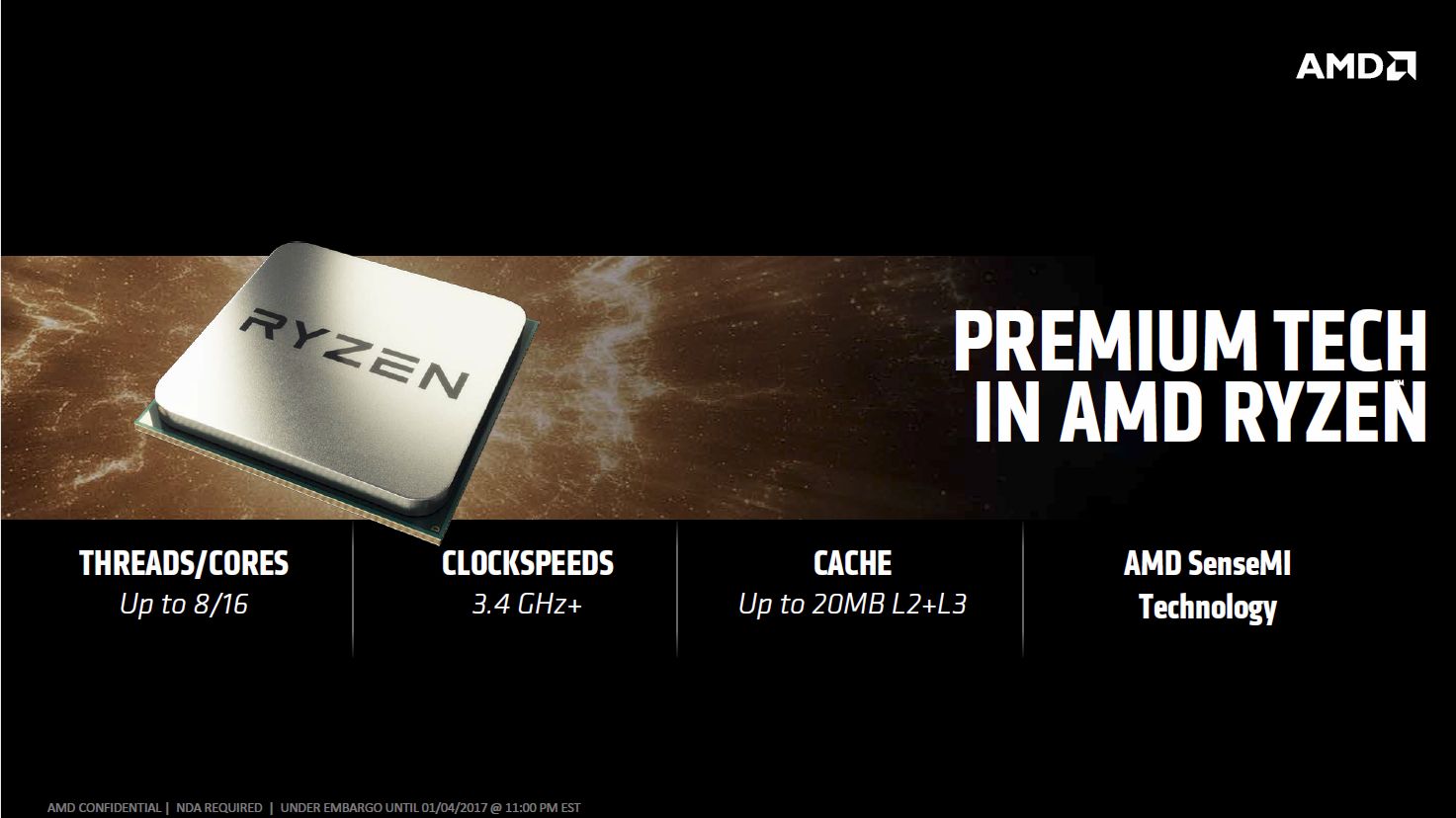 During all this time the motherboards available from these OEMs are very basic units not fit for retail.  Users simply could not go out and buy a Bristol Ridge APU and motherboard for themselves off of Newegg, Amazon, and elsewhere.  Now after much speculation we finally got to see the first AM4 retail style boards unveiled at this year’s CES.  AMD showed off around 16 boards based on previously unseen B350 and X370 chipsets.

AMD has had a pretty limited number of chipsets that they have introduced over the years.  Their FM2+ offerings spanned the A series of chipsets, but they added very little in terms of functionality as compared to the 900 series that populate the AM3+ world.  The latest offering from AMD was the A88x which was released in September 2013.  At one time there was supposed to be a 1000 series of chipsets for AM3+, but those were cancelled and we have had the 900 series (which are identical to the previous 800 series) since 2011.  This has been a pretty stagnant area for AMD and their partners.  3rd party chips have helped shore up the feature divide between AMD and Intel’s regular release of new chipsets and technologies attached to them. 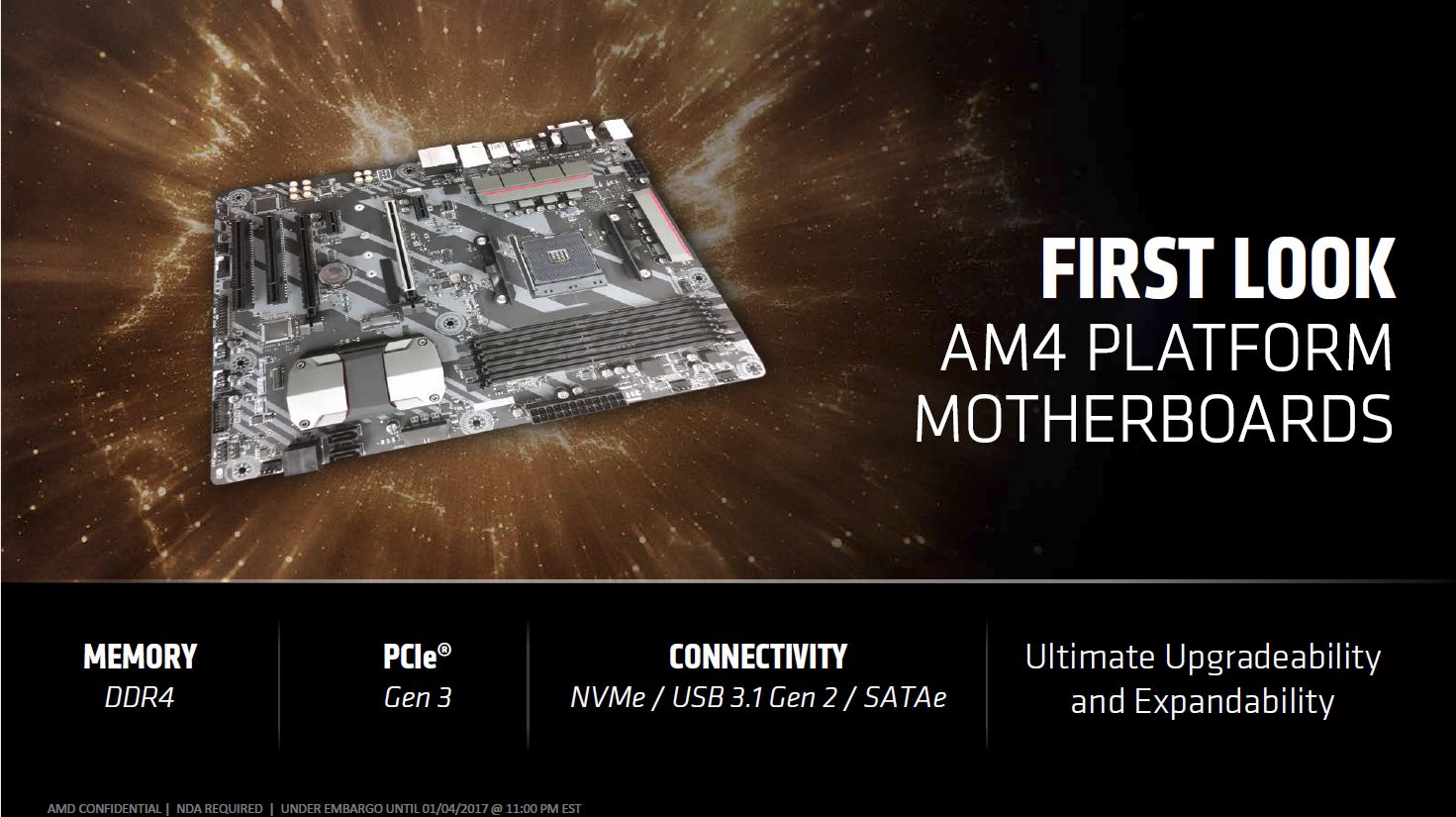 There are three primary chipsets being released as well as two physical layer chips that allow the use of the onboard southbridge on Ryzen and Bristol Ridge.  The X370 for the enthusiast market, the B350 for the mainstream, and then the budget A320.  The two chipset options for utilizing the SOC’s southbridge functionality are the X300 and A/B300.

Before we jump into the chipsets we should take a look at what kind of functionality Ryzen and Bristol Ridge have that can be leveraged by motherboard manufacturers.  Bristol Ridge is a true SOC in that it contains the GPU, CPU, and southbridge functionality to stand alone.  Ryzen is different in that it does not have the GPU portion so it still requires a standalone graphics card to work.  Bristol Ridge is based off of the older Carrizo design and does not feature the flexibility in its I/O connections that Ryzen does. 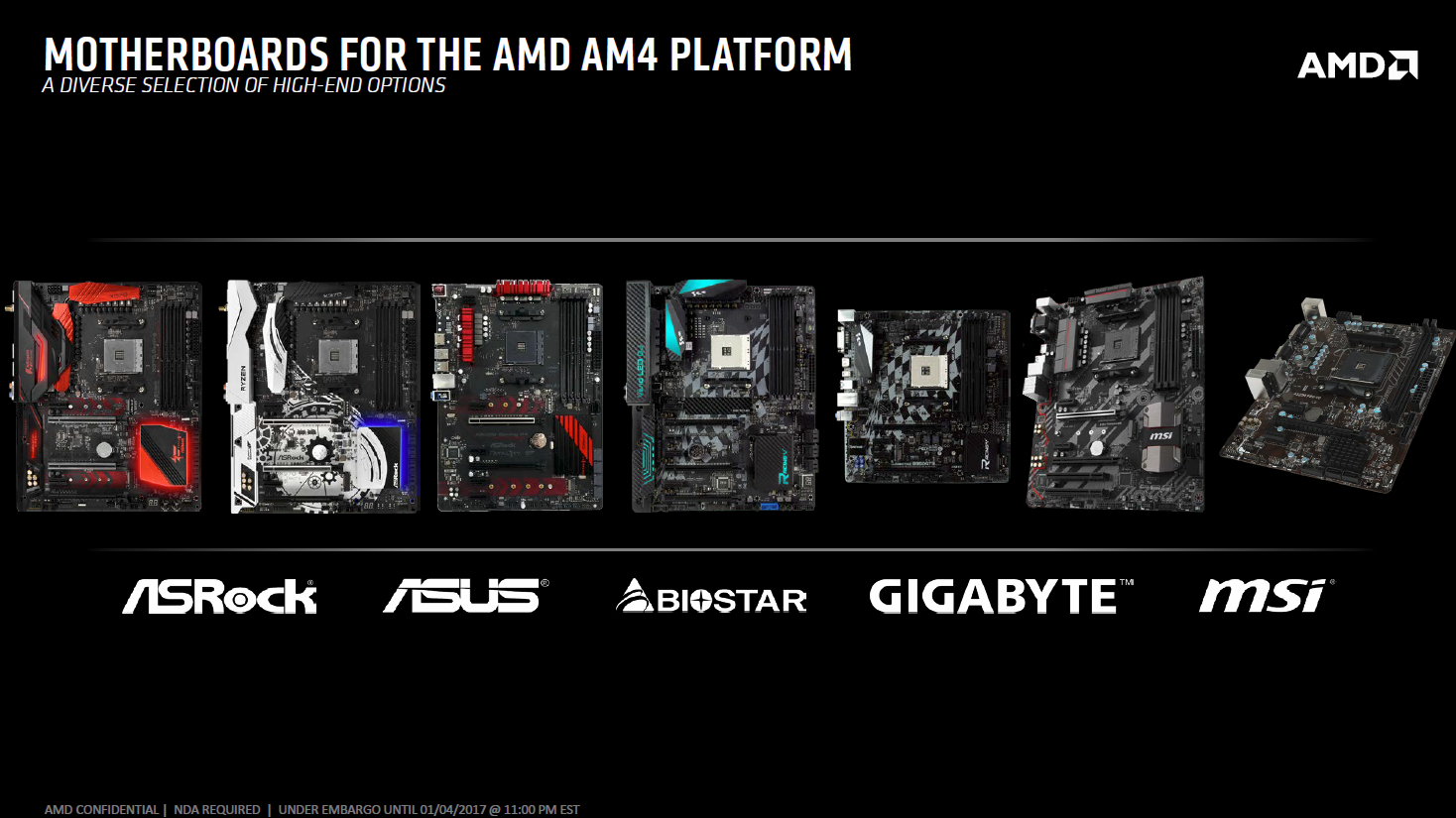 Bristol Ridge features up to 8 lanes of PCI-E 3.0.  The I/O on it includes 2 native SATA6G ports as well as the ability to either utilize two more PCI-e lanes or have them as x2 NVME.  That is about as flexible as it gets.  It also natively supports four USB 3.1 gen 1 ports.  For a chip that was designed to be a mobile focused SoC it makes sense that it will not max out PCI-E lanes or SATA ports.  It still is enough to satisfy most mobile and SFF builds.

Mobo makers confirm May launch for Turion64 X2 and Socket AM2 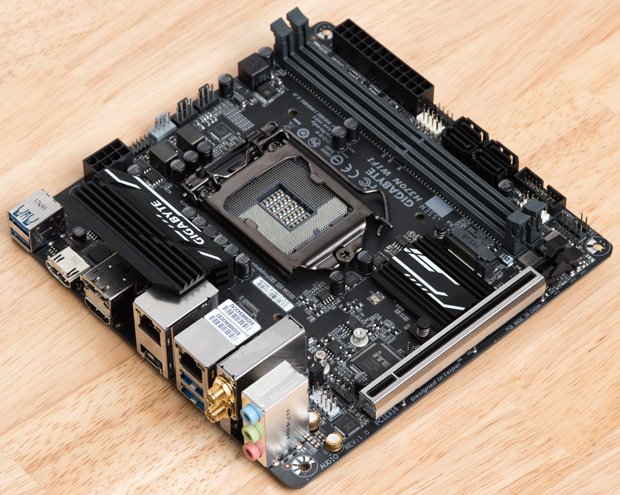