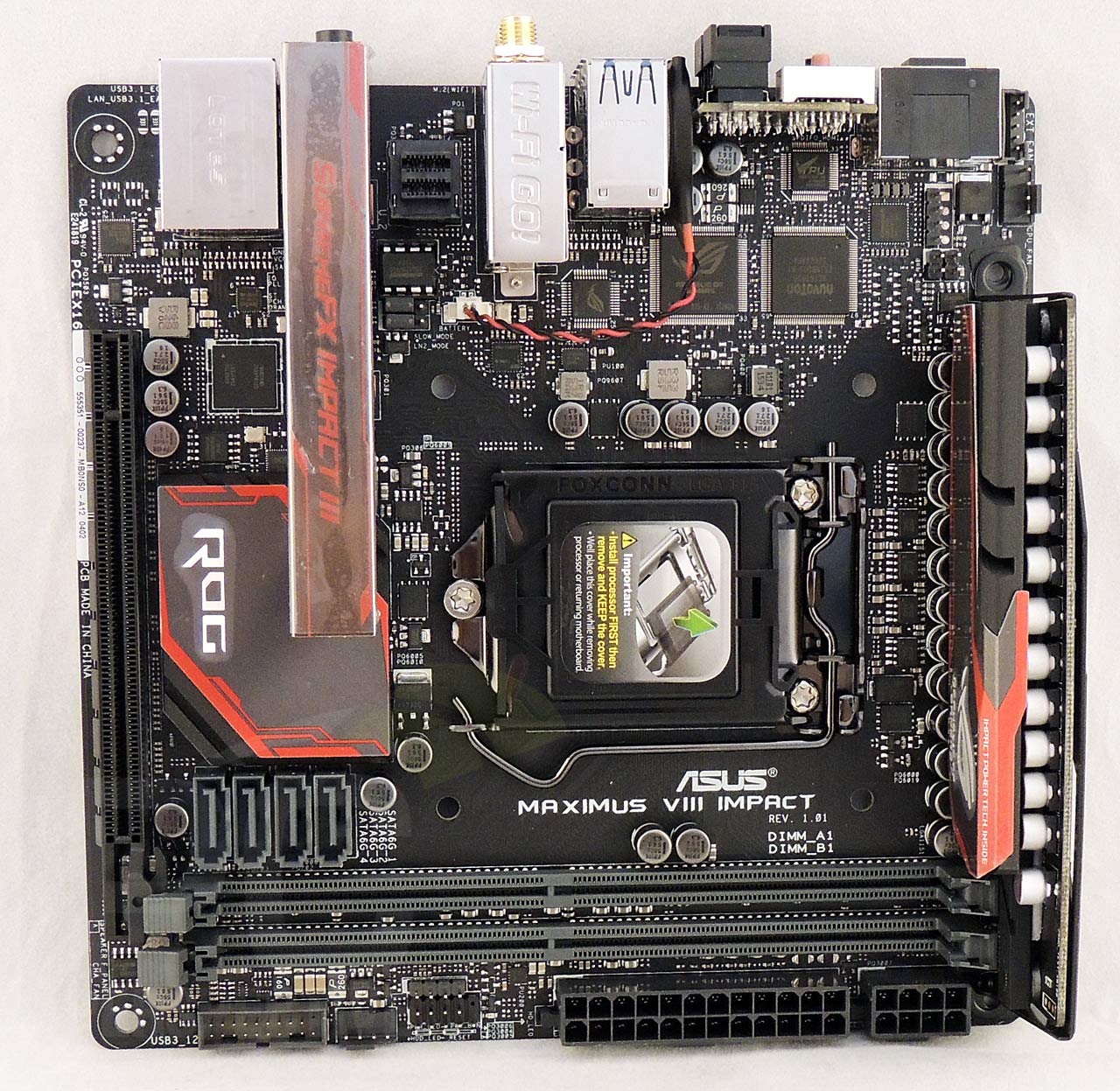 Like the other ROG Z170 boards, ASUS Maximus VIII Impact features the redesigned ROG aesthetics with black coloration and muted red accents on the board's heat sinks. The ROG logo is embossed on the surface of the power upright cover / coolerheat sink with the ROG name on the chipset sink. The board follows ASUS' standard mini-ITX style design with space and component placement optimized for use of all available board area. Both the CPU power circuitry and the sound hardware are located on integrated vertical boards and even the PCIe x4 U.2 port was moved to the rear panel area. 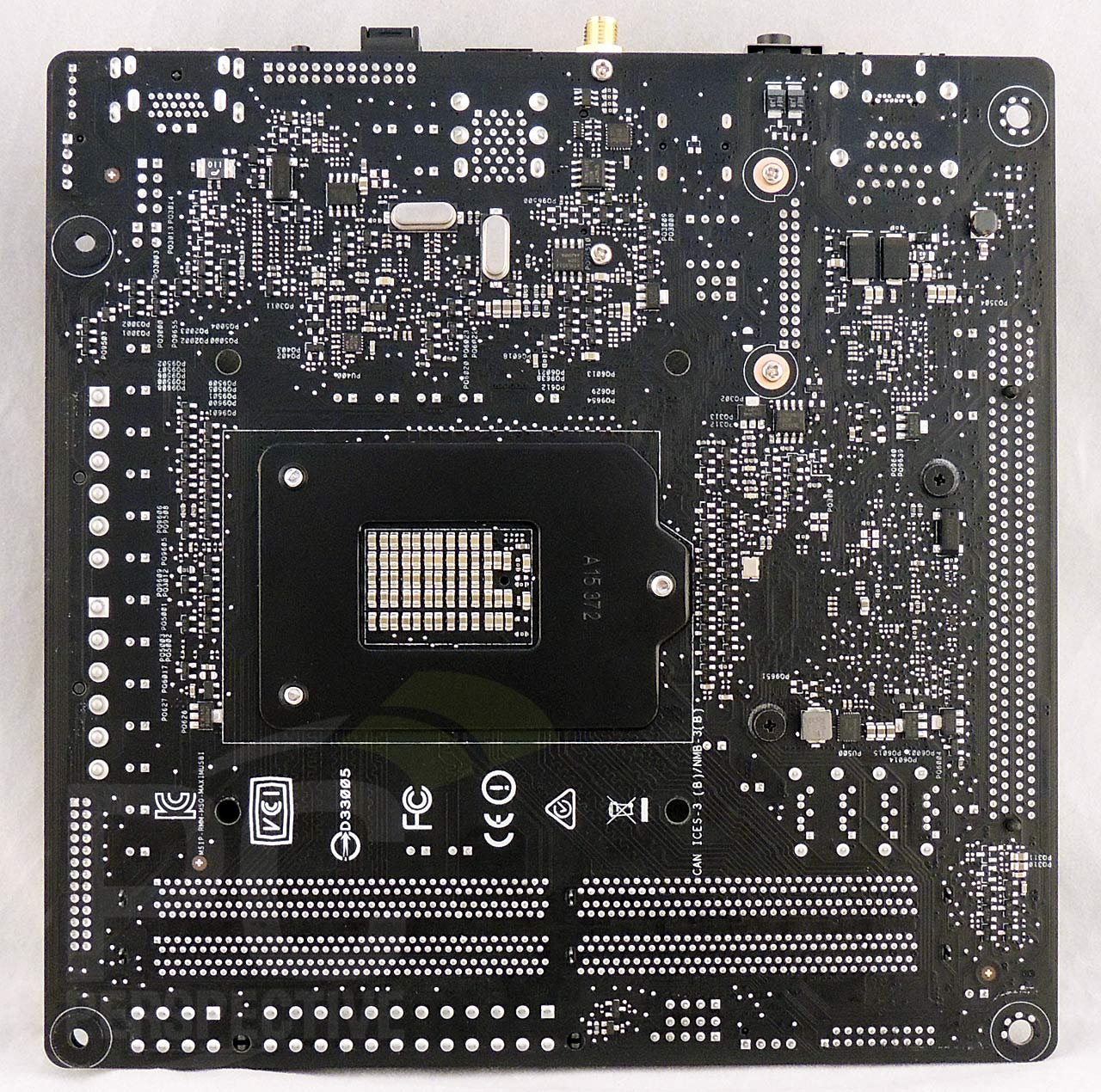 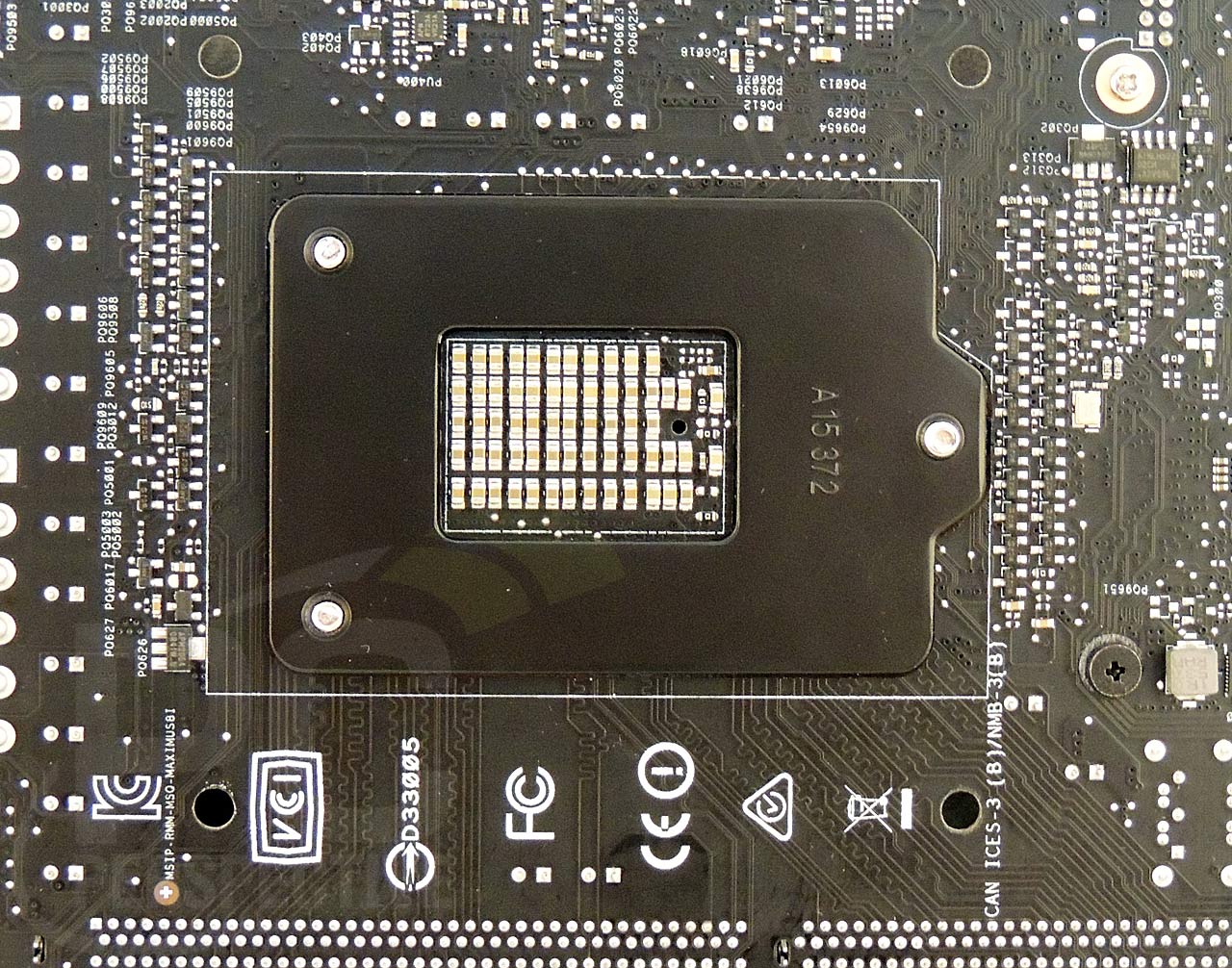 Given the physical size of the board, it is nearly impossible to not have circuitry on the board's backside. However, ASUS was able to minimize the amount of non-trace circuitry on the back of the board and even managed to keep the area behind the CPU relatively clear. The is some circuitry to the left and right of the CPU backplate, but there should be no fear of board damage with careful mounting of the CPU cooler back plate. 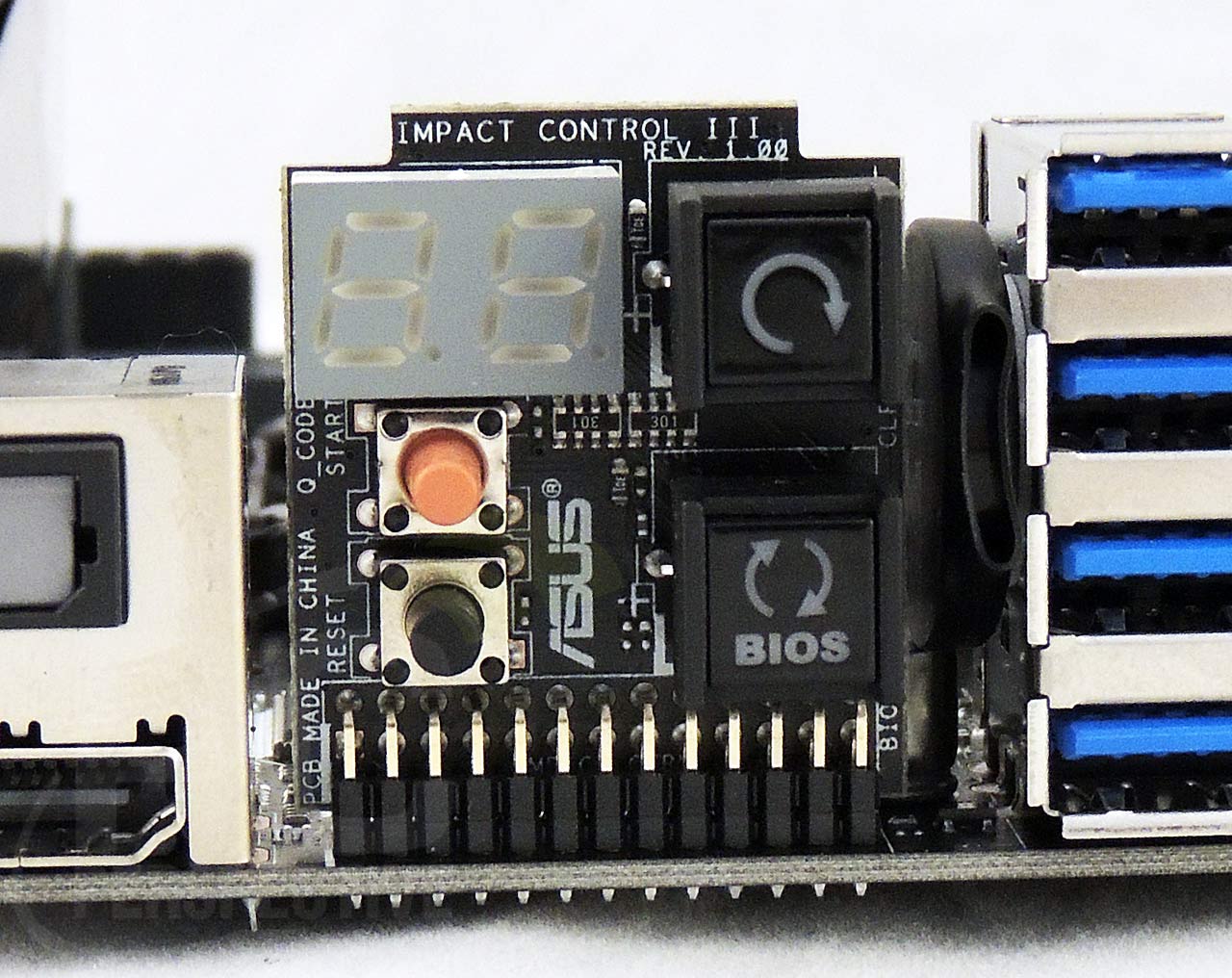 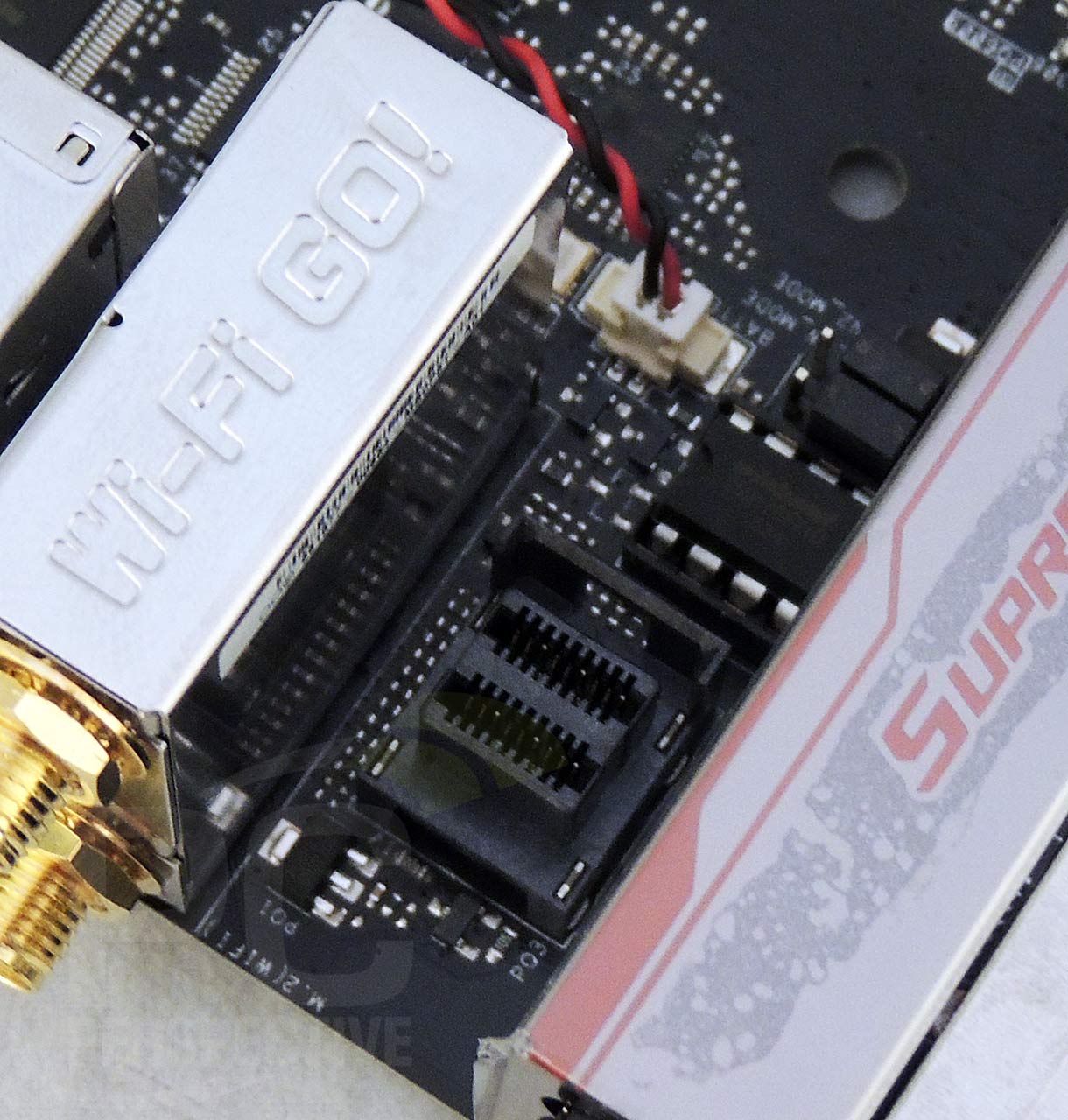 The Maximus VIII Impact motherboard includes the following ports integrated into its rear panel assembly: four USB 3.0 ports, two USB 3.1 ports (1 Type-A and 1 Type-C), one RJ-45 port tied to the Intel I219-V controller, dual antenna ports tied to the Atheros 802.11AC 2×2 WIFI controller, an HDMI video port, a BIOS reset button, the USB BIOS Flashback button, power and reset buttons, the 2-digit diagnostic display, the PCIe x4 U.2 port, the CMOS battery (mounted to the side of the USB 3.0 port block), an optical audio port, and three analogue audio ports. All blue colored USB 3.0 ports are controlled by the Intel Z170 controller. Note that the third down port is used for the BIOS Flashback functionality, while the lowest down USB 3.0 port is tied to the KeyBot functionality. The two USB 3.1 ports are controlled by the integrated ASMedia controller. The 2-digit diagnostic display can be used for debugging system issues during system initialization. The displayed debug codes can be decoded using the table from the motherboard manual.

ASUS designed the Maximus VIII Impact motherboard with a single PCIe x16 slot because of size constraints, of course. The slot sits along the left edge of the board with a card running the full length of the PCB when installed. 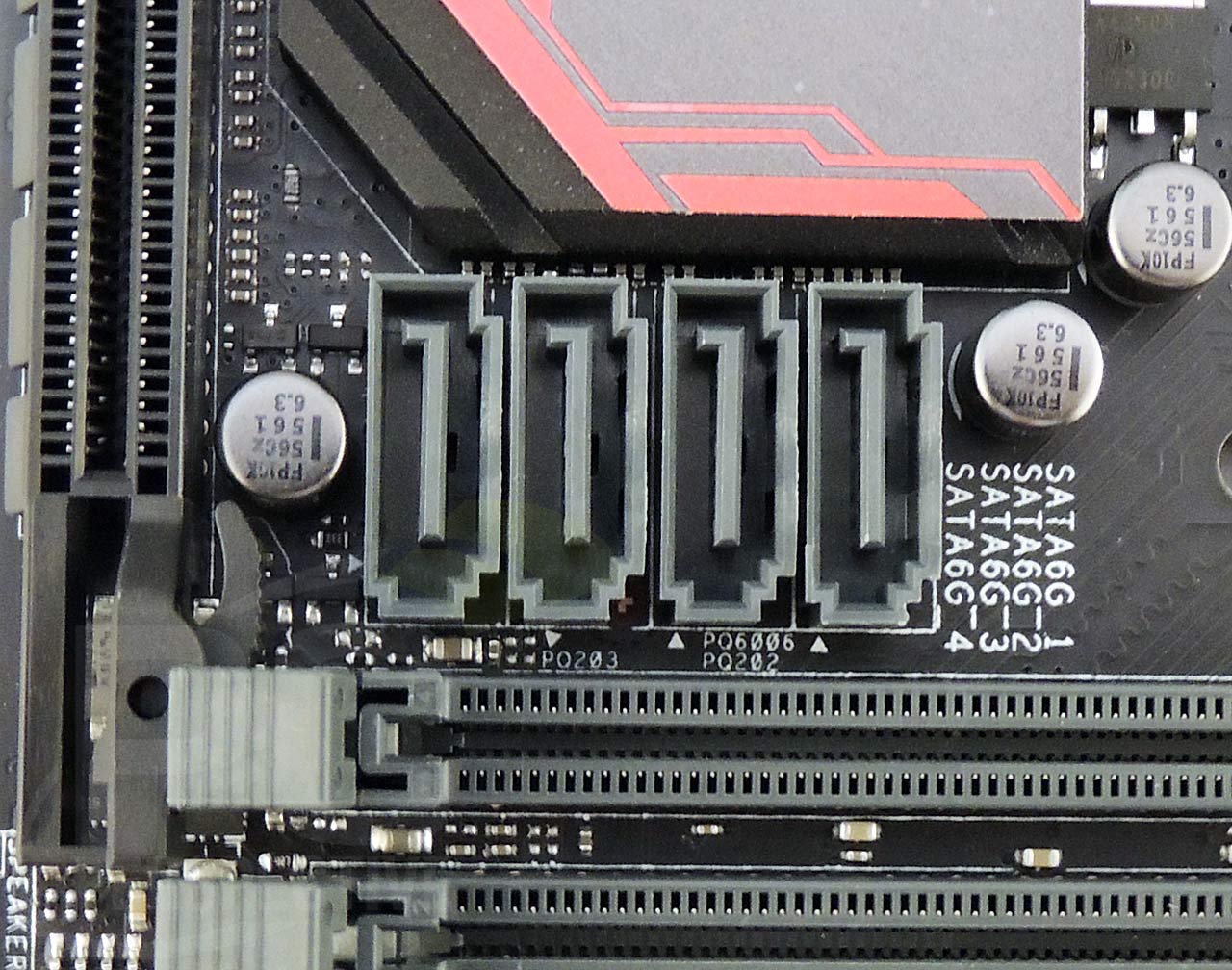 The board has a total of four SATA 6 Gb/s ports sitting to the right of the PCIe x16 slot in between the chipset heat sink and upper DIMM slot in a vertical orientaion. This placement can make using the ports a bit tricky, especially wth the video card and DIMM modules installed in the board. Best advice is to plug in your SATA cables first, before mounting memory or the video card in the board.

The on-board DDR4 memory slots are located just below the CPU socket in the lower quadrant of the board. Dual Channel memory mode is enabled by seating memory modules in both memory slots. The board supports up to 32GB of memory running at a maximum speed of 4000MHz. Note that memory speeds above 2133MHz are considered overclocked speeds and are outside of the official Intel stock memory speed specifications. Directly below the memory port block are a USB 3.0 header, the front panel headers, a 4-pin chassis fan header, the 24-pin ATX power connector, and the ATX12V power connector. 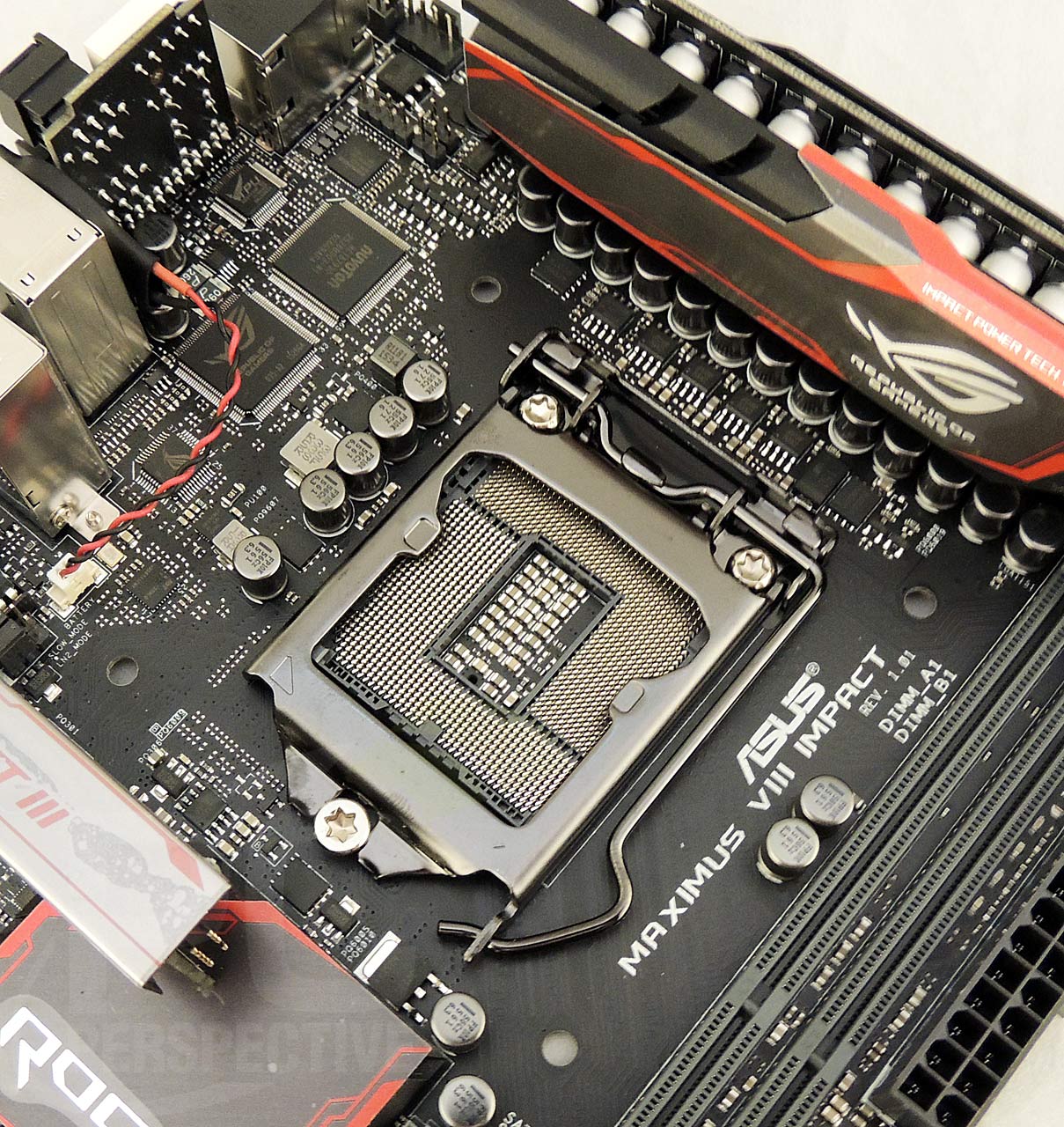 The CPU socket area is clear of obstructions directly around the CPU area, but is sandwiched in by the audio card and power upright to the right and left of the socket. This should not pose issues for most coolers, but may require realignment for larger coolers. is allowing for use of most coolers without issue with the board.

The power circuitry daughter board to the right of the CPU socket houses all power circuitry for the CPU, including its 8 digital power phases, the PowIRStage MOSFETS, the MicroFine alloy chokes, and 10K-rage Japanese black metallic capacitors. ASUS covered the front and back of the daughter card with black aluminum heat sinks for protection and cooling purposes. Notice that the capacitors for the daughter board sit in a line directly under the front sink. 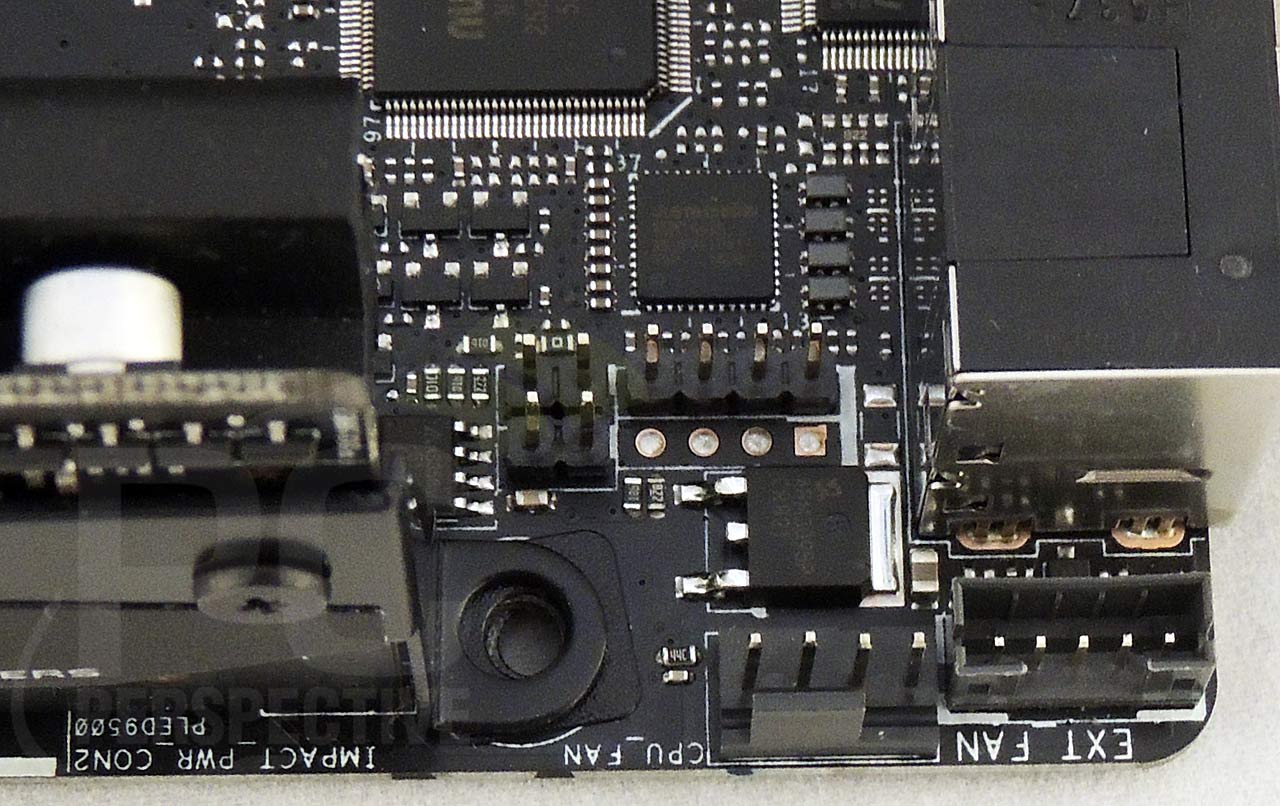 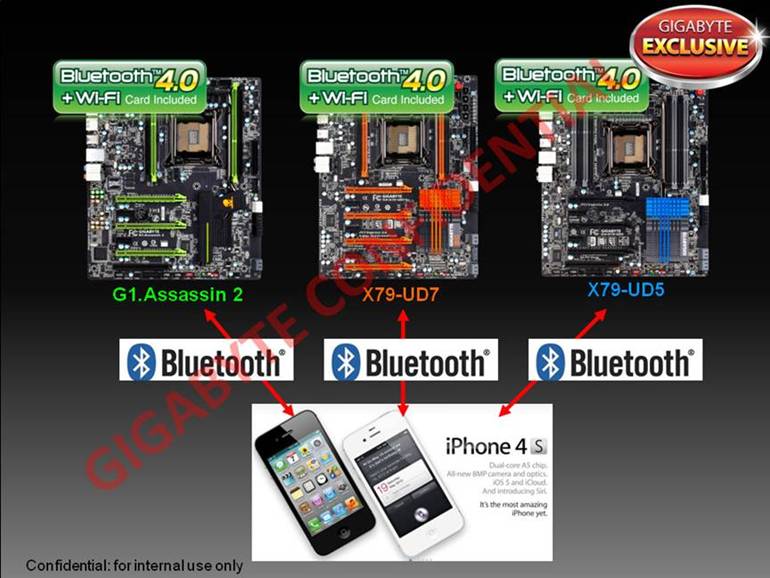 Xpand your Rampage III Extreme to get four way SLI