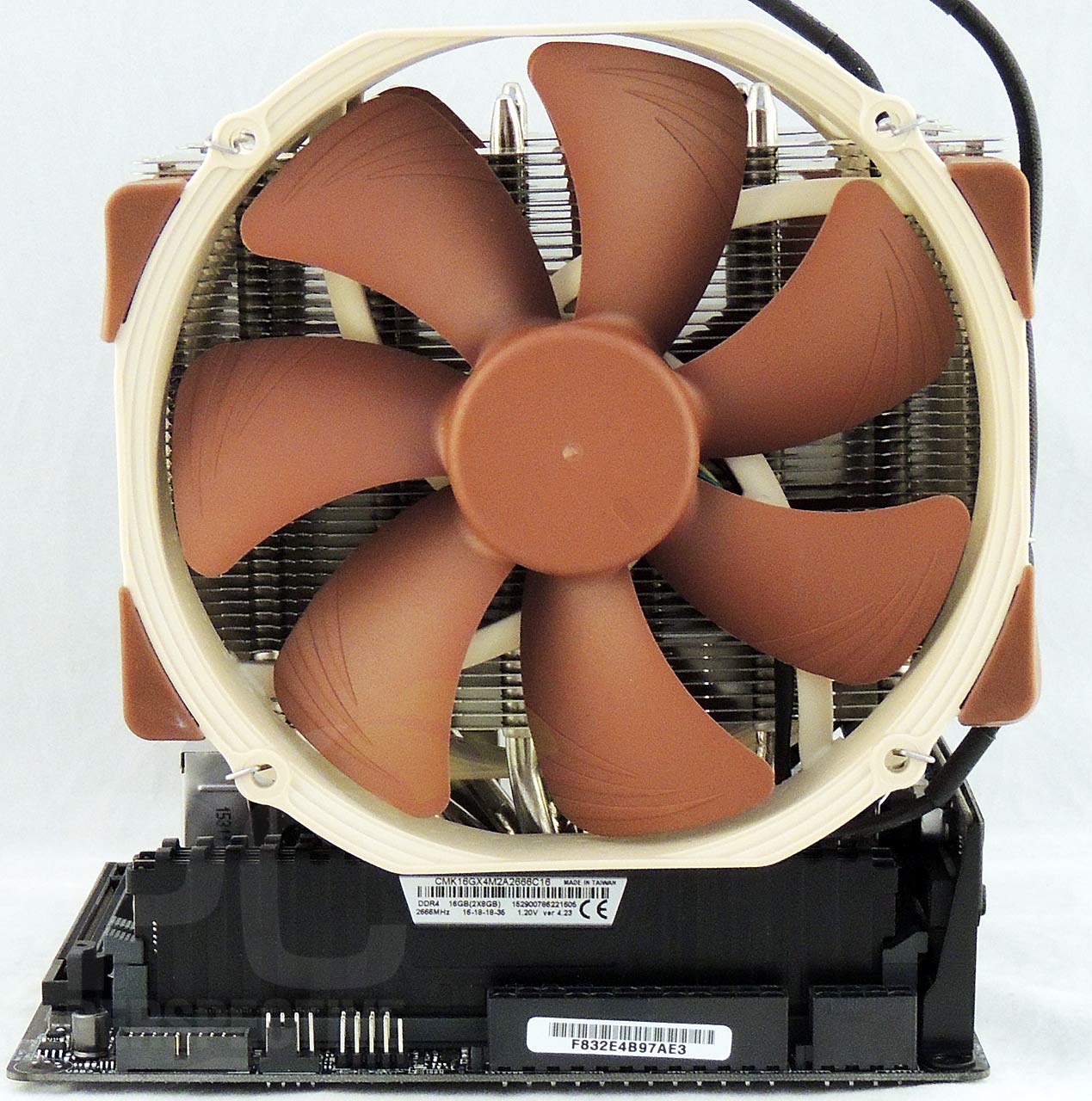 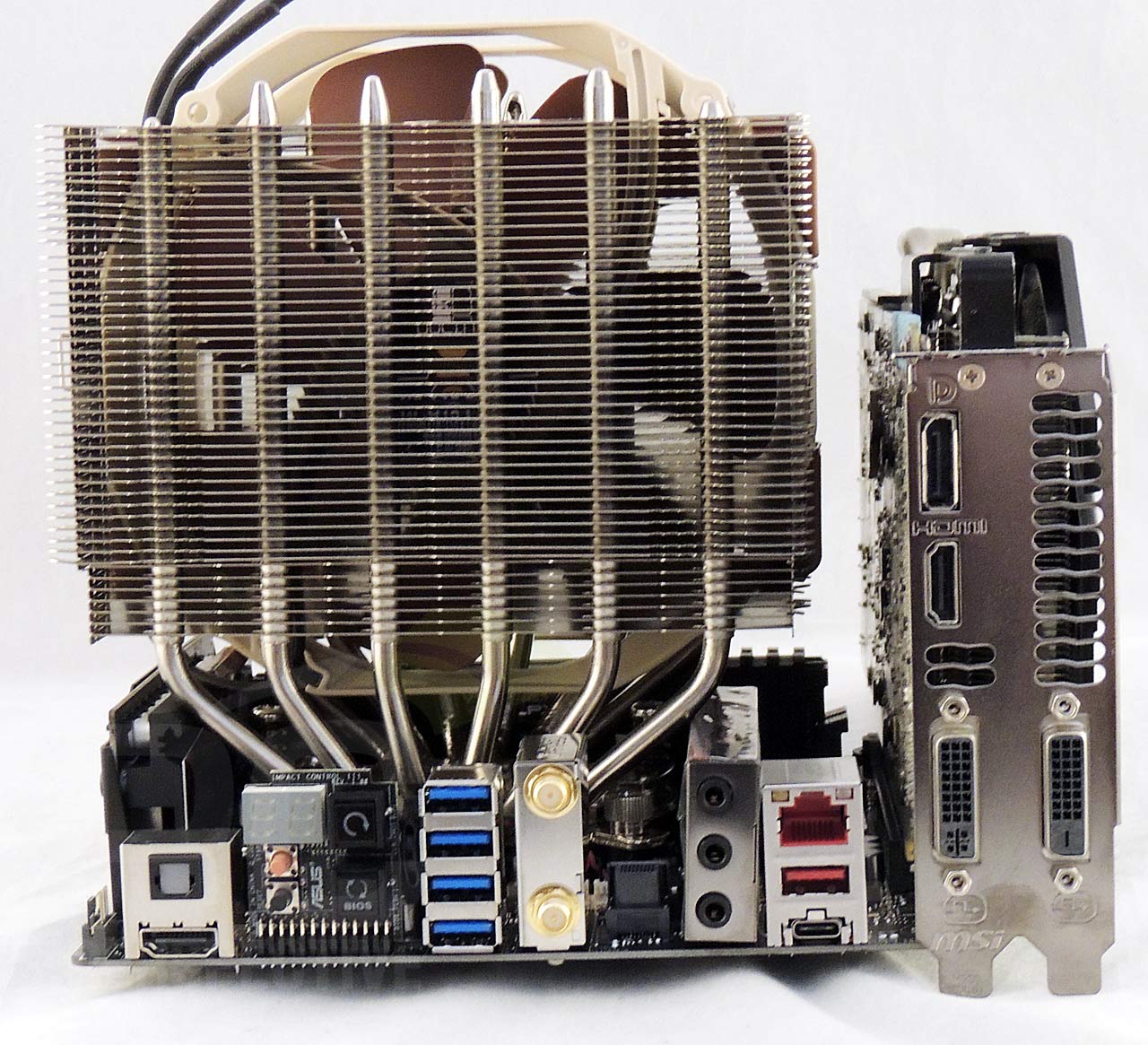 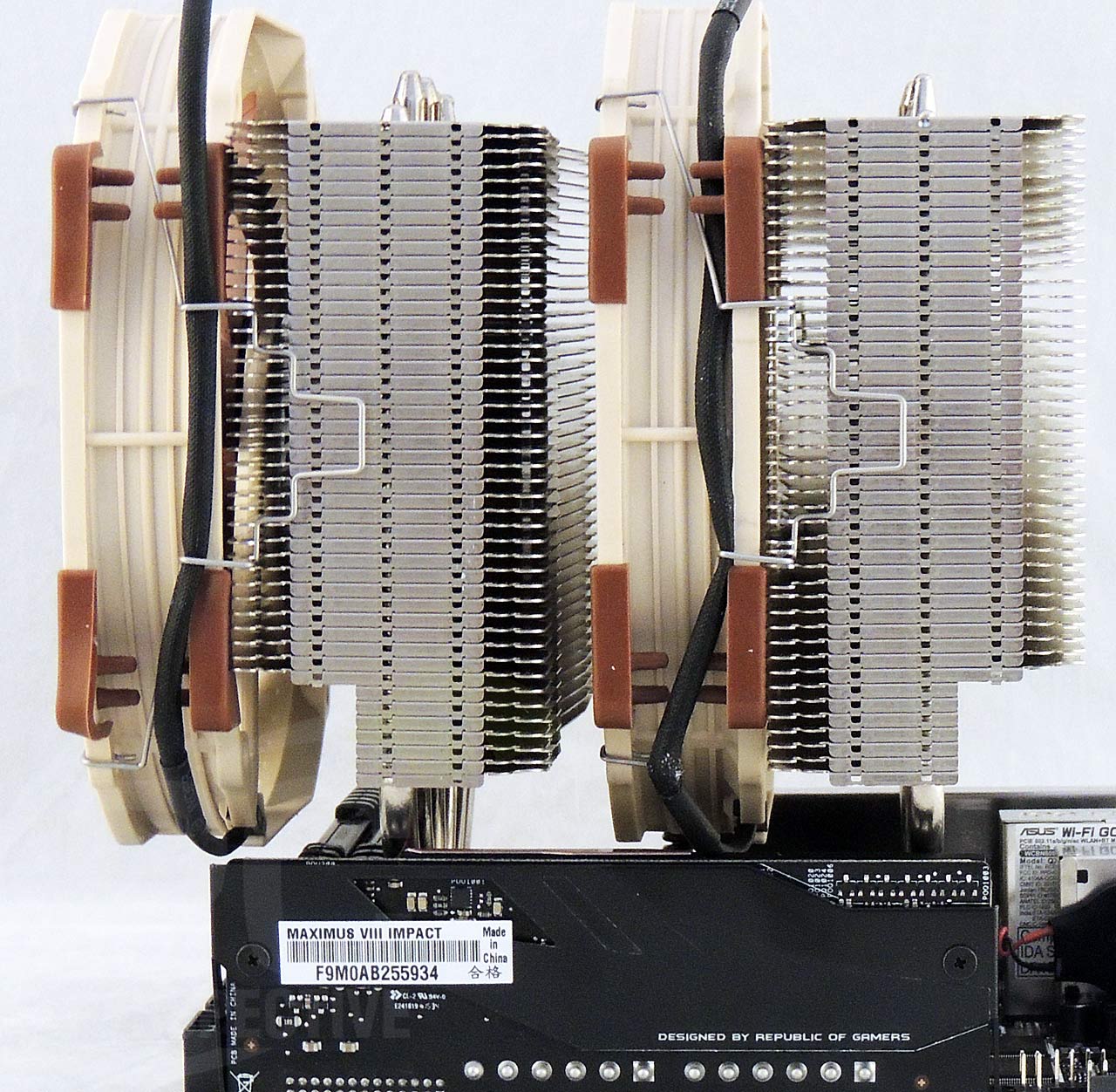 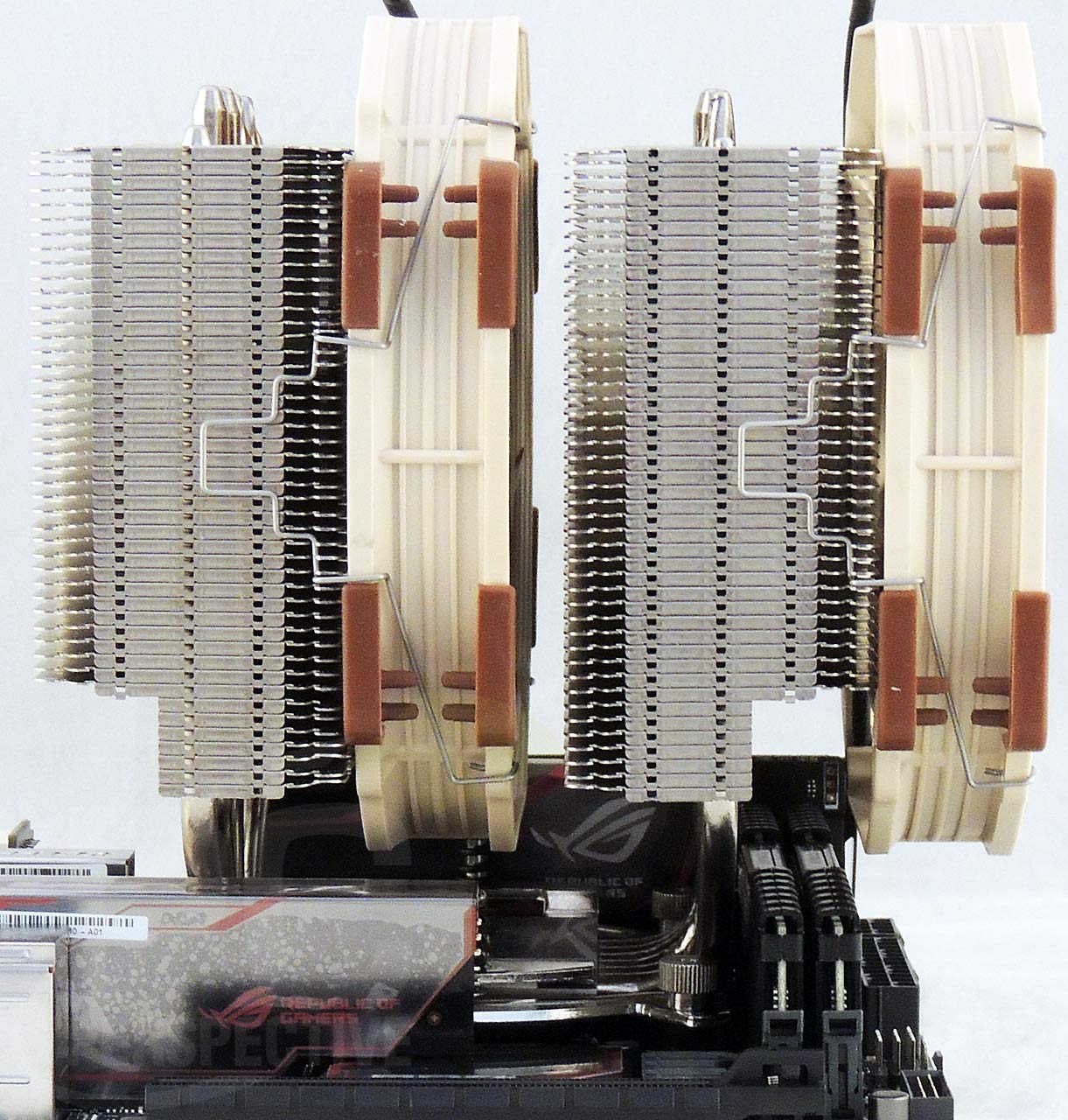 While the cooler fits to the board in a front to back orientation, the heat pipes on both sides of the cooler come into direct contact with both the audio card and CPU power circuitry daughter board. The pipes did put pressure on both cards and could lead to mounting issues between the cooler's bottom plate and the CPU's heat spreader. A smaller cooler would not run into this issue. 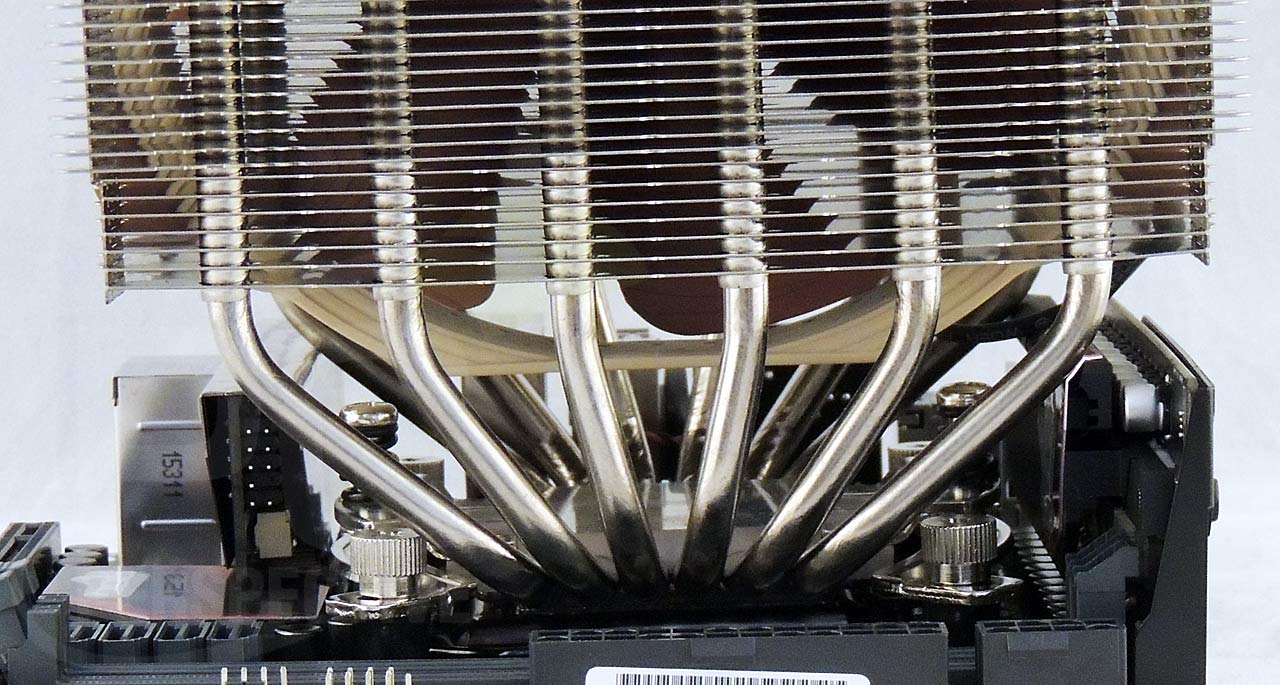 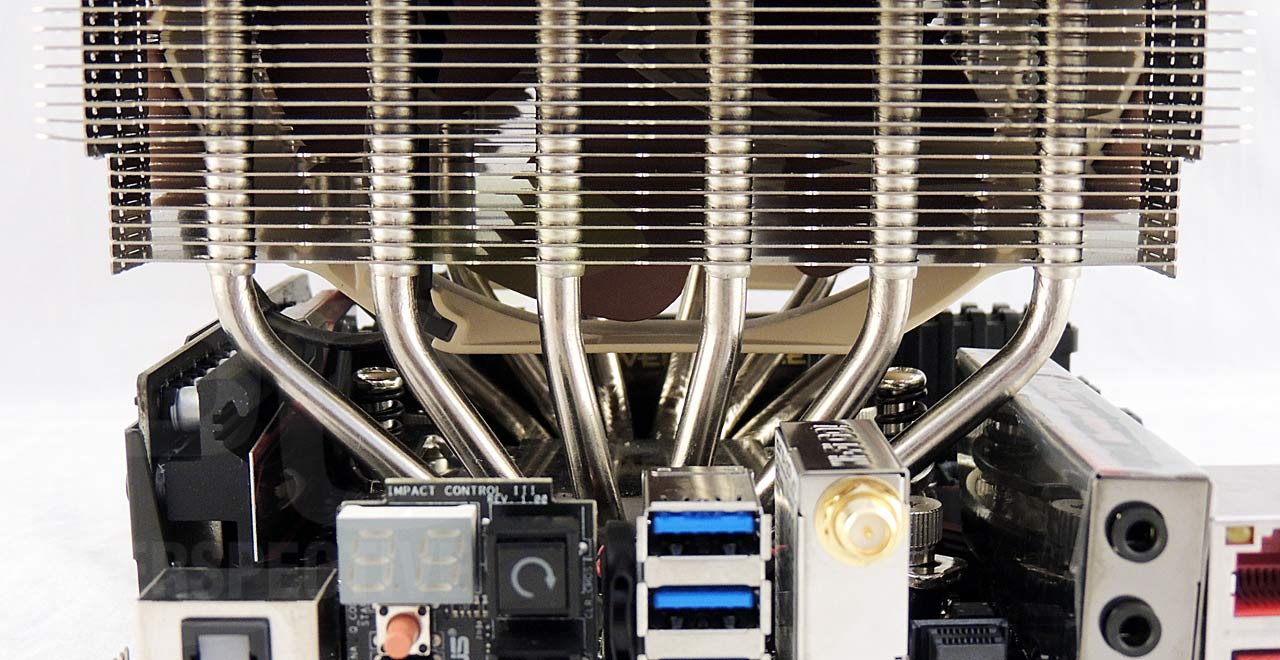 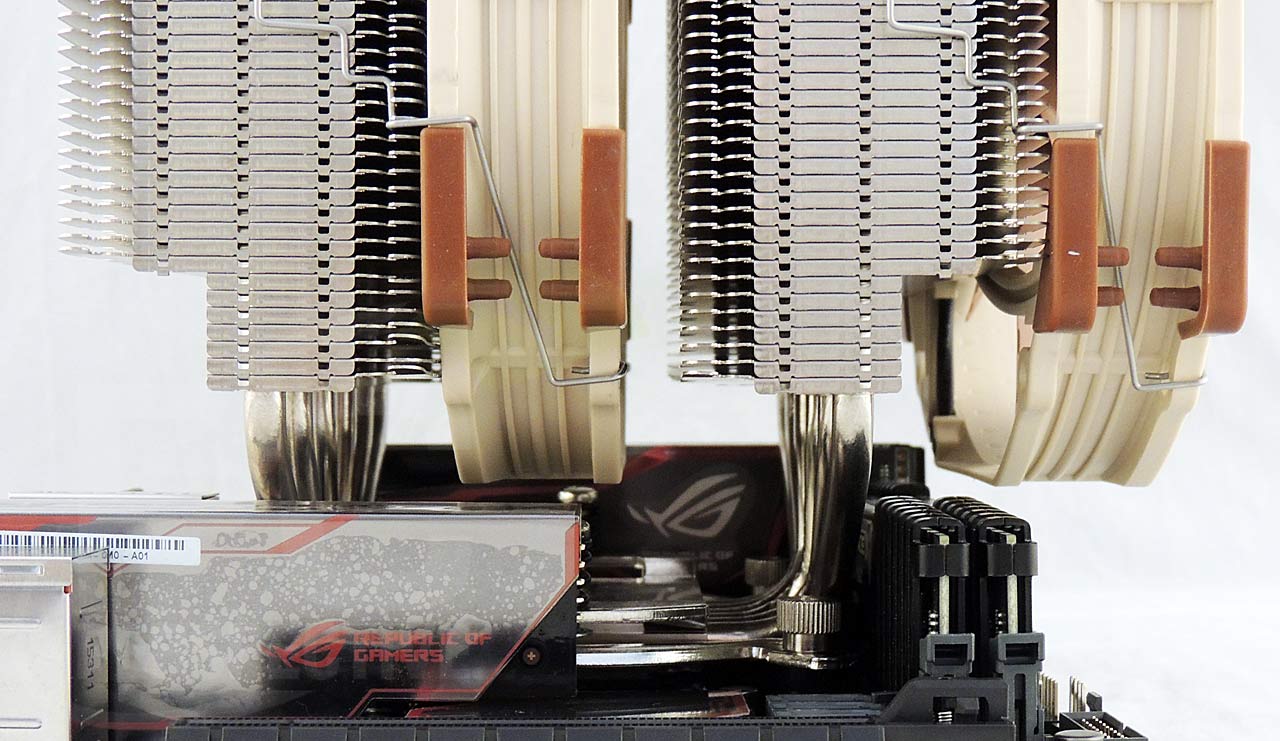 The close-up views of the cooler mounting better illustrate the tight fit between the NH-D15 cooler and the board's to either side of the CPU socket. There is no question that the coolers heat pipes come into contact with both. 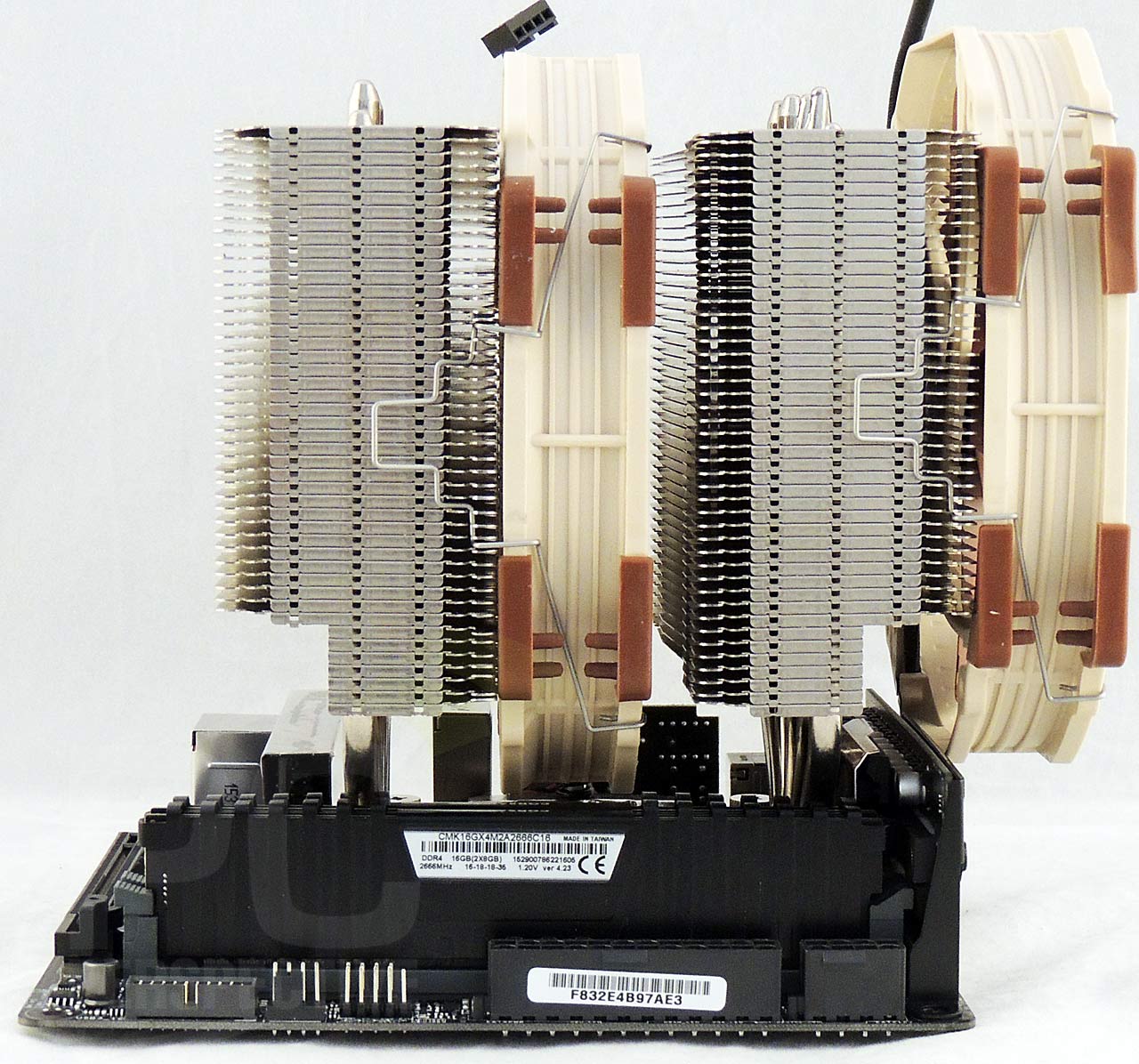 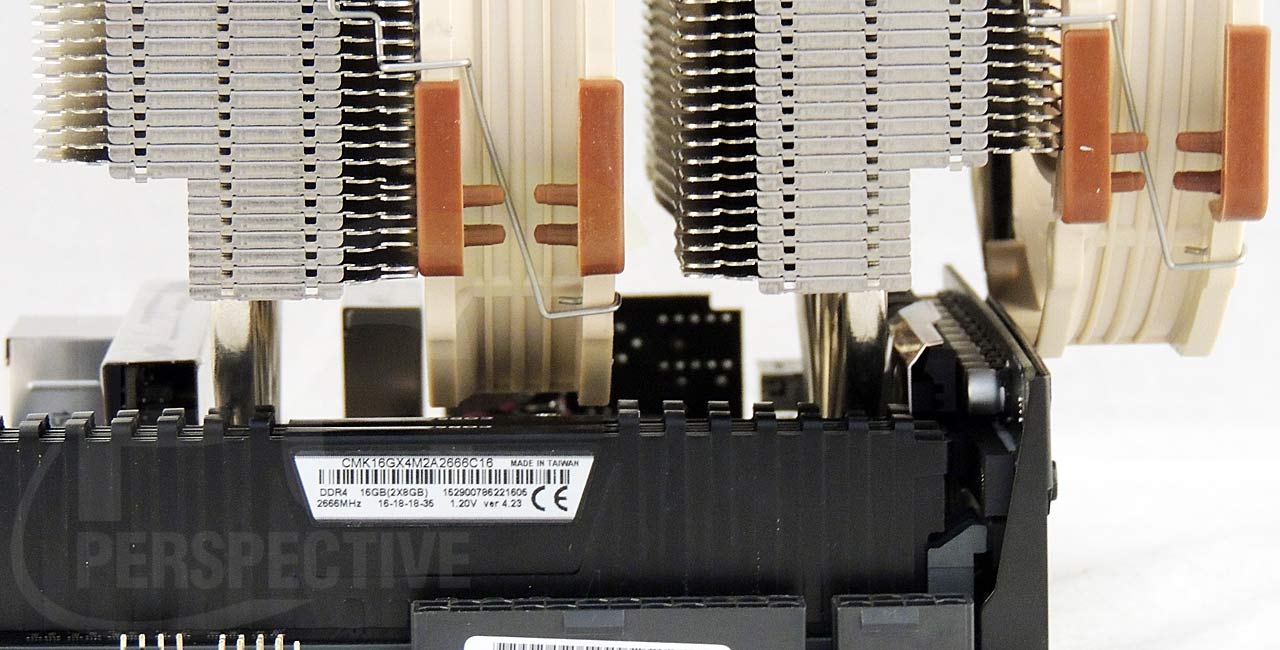 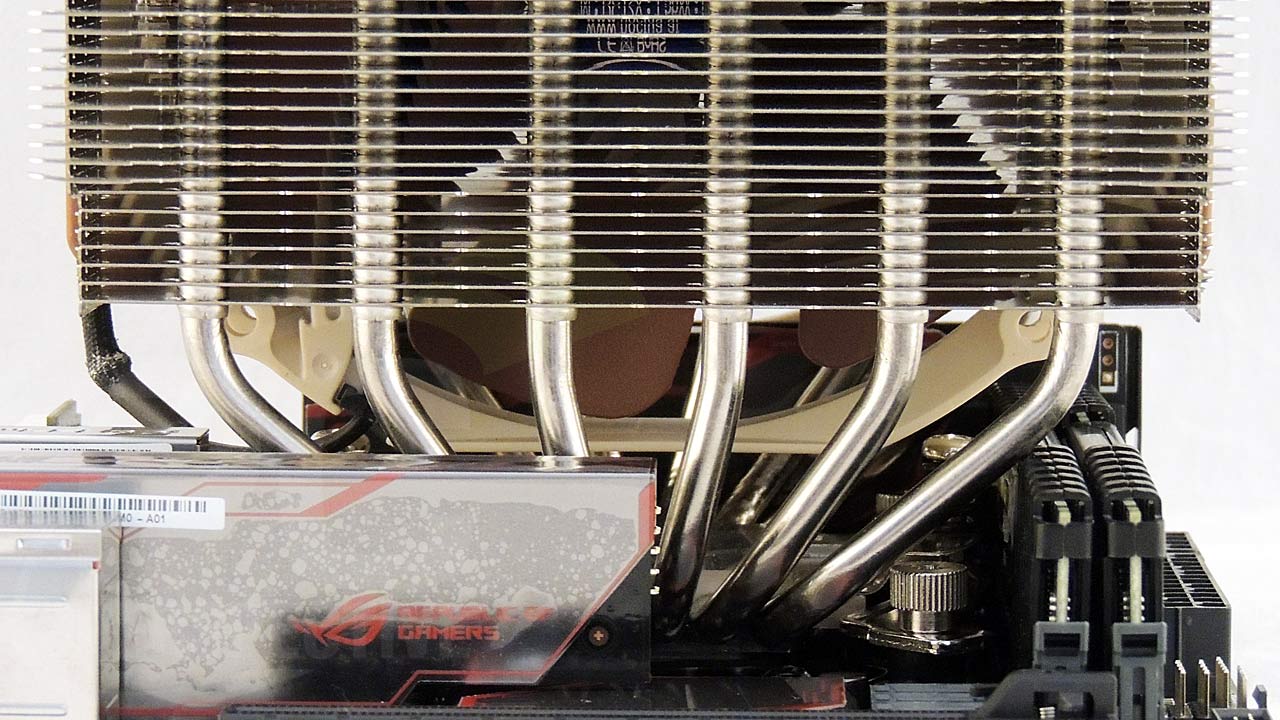 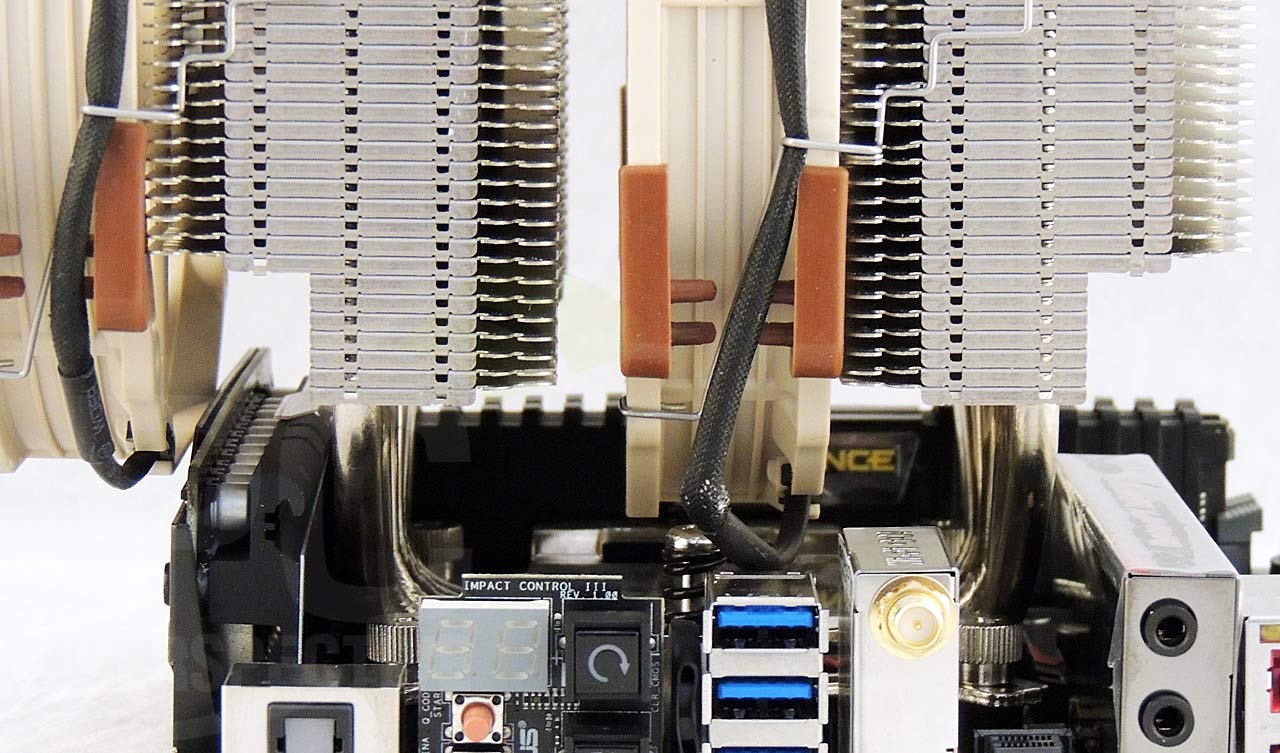 With the cooler mounted in a horizontal orientation, the space issues encountered in the vertical orientation mounting do not occur. The cooler heat pipes easily fit within the allocated space. One thing to be wary of in this orientation is fan mounting. As shown, the outer fan is mounted to the right side of the cooler so it does not impede use of the board's PCIe x16 slot. However, this type of fan mount could impede cooler fit into your case depending on how much space exists between the right side of the board and the case's top plate. 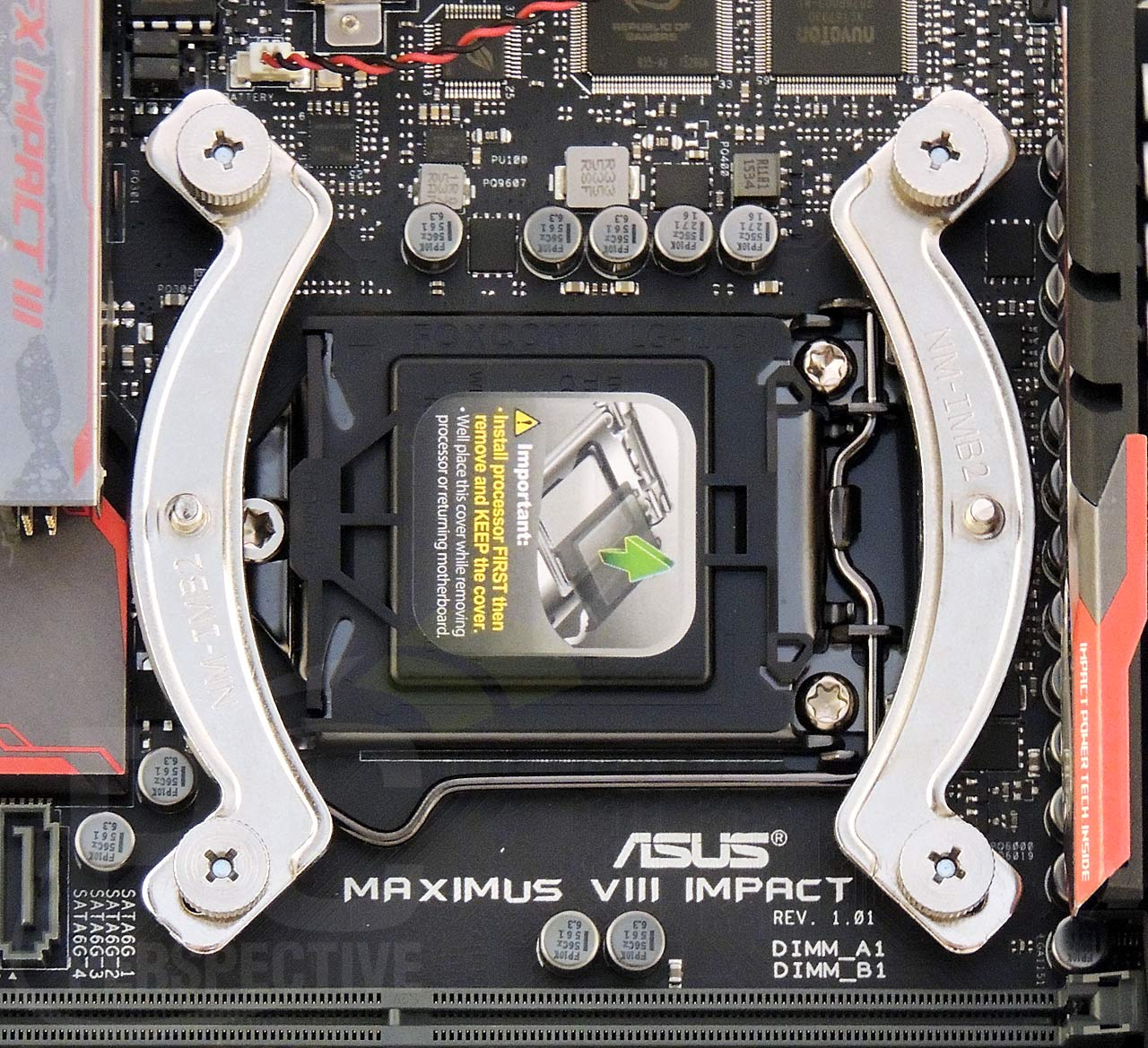 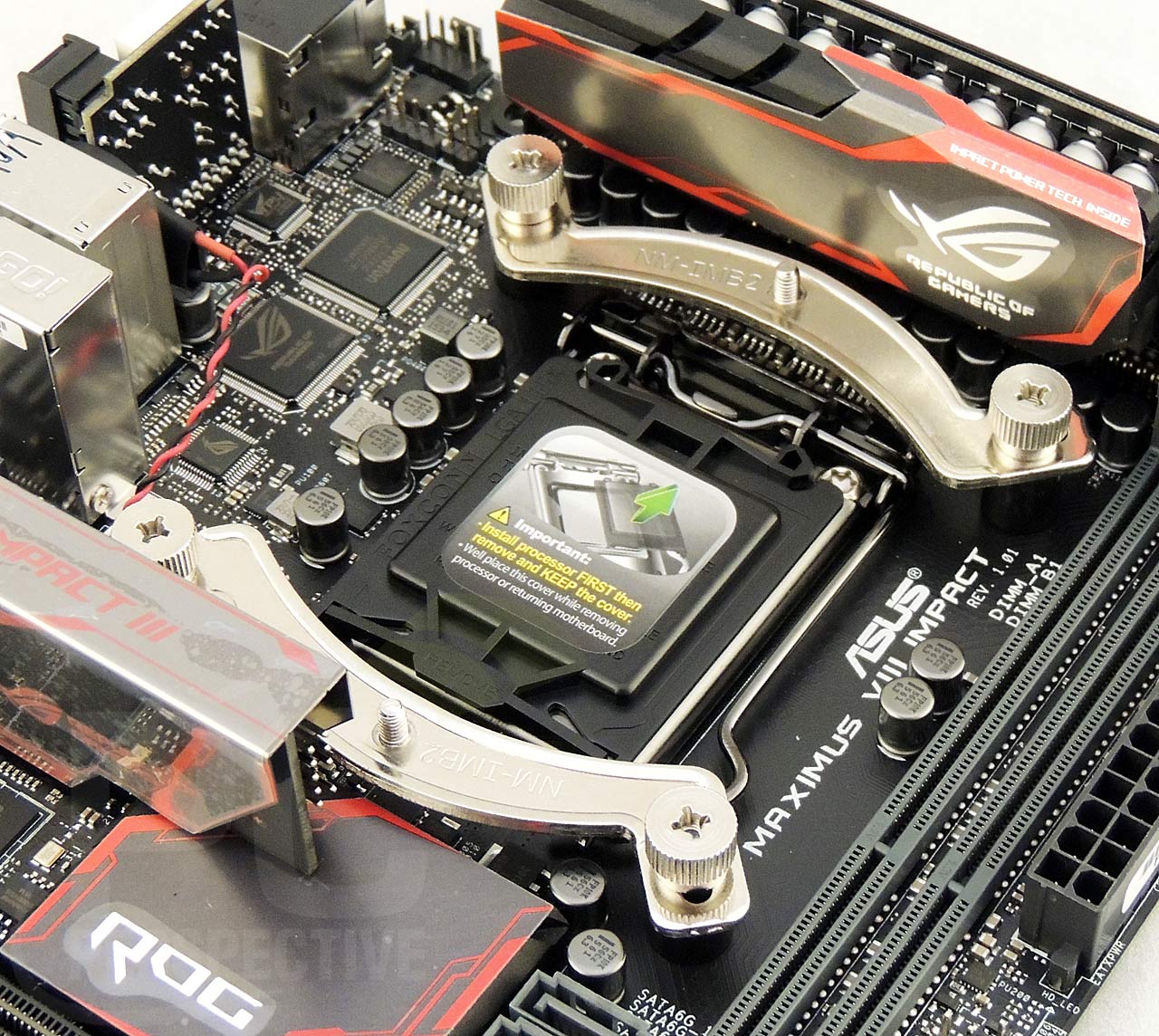 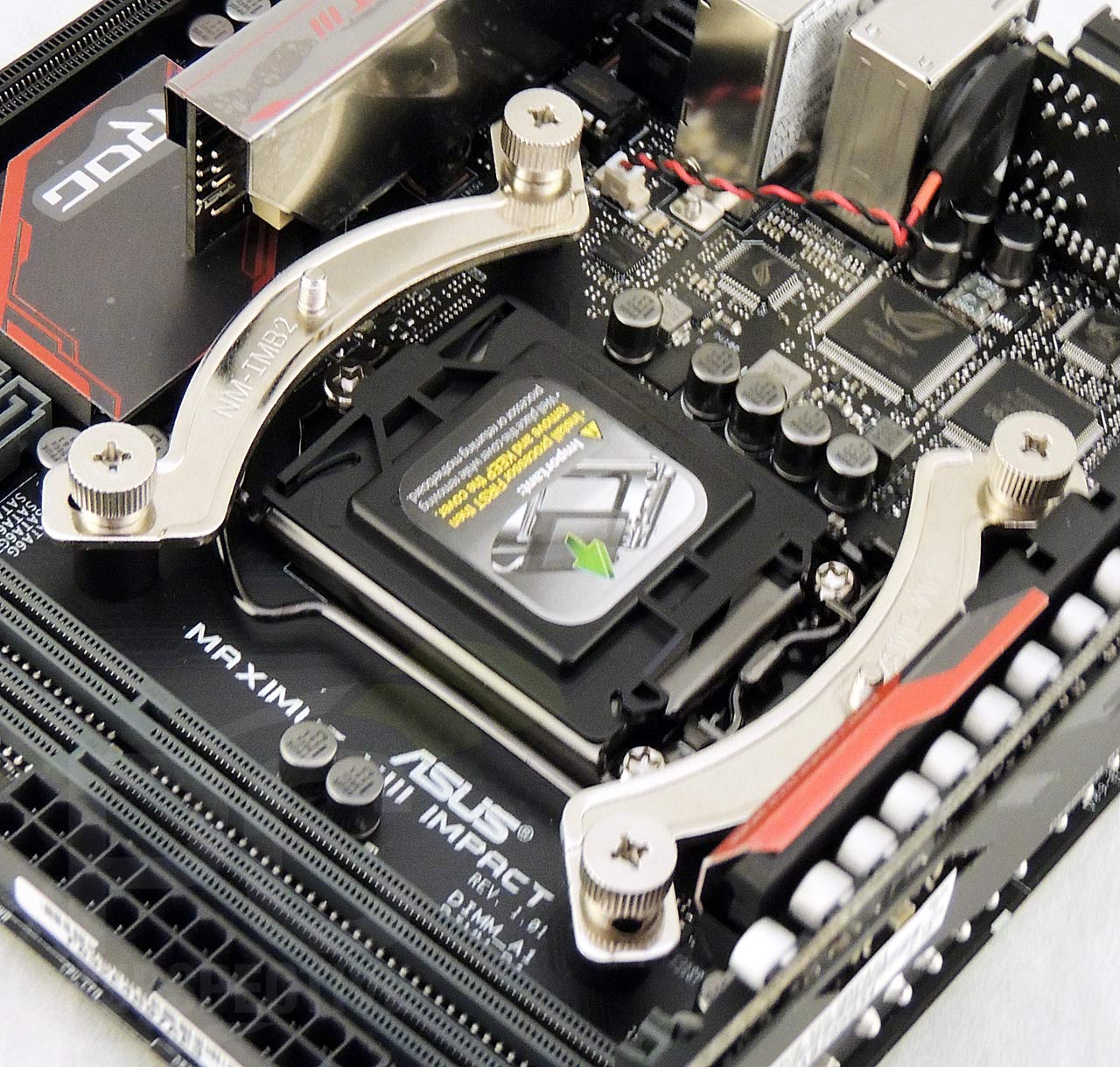 The Noctua hold down mechanism is large enough to quickly determine exactly how much space is available around the CPU socket. The Noctua mounts fits the socket area without coming into contact with any of the board's integrated components or the audio or power circuitry daughter boards to either side of the CPU socket. You may have issues if your cooler has an overly large mount cage however. 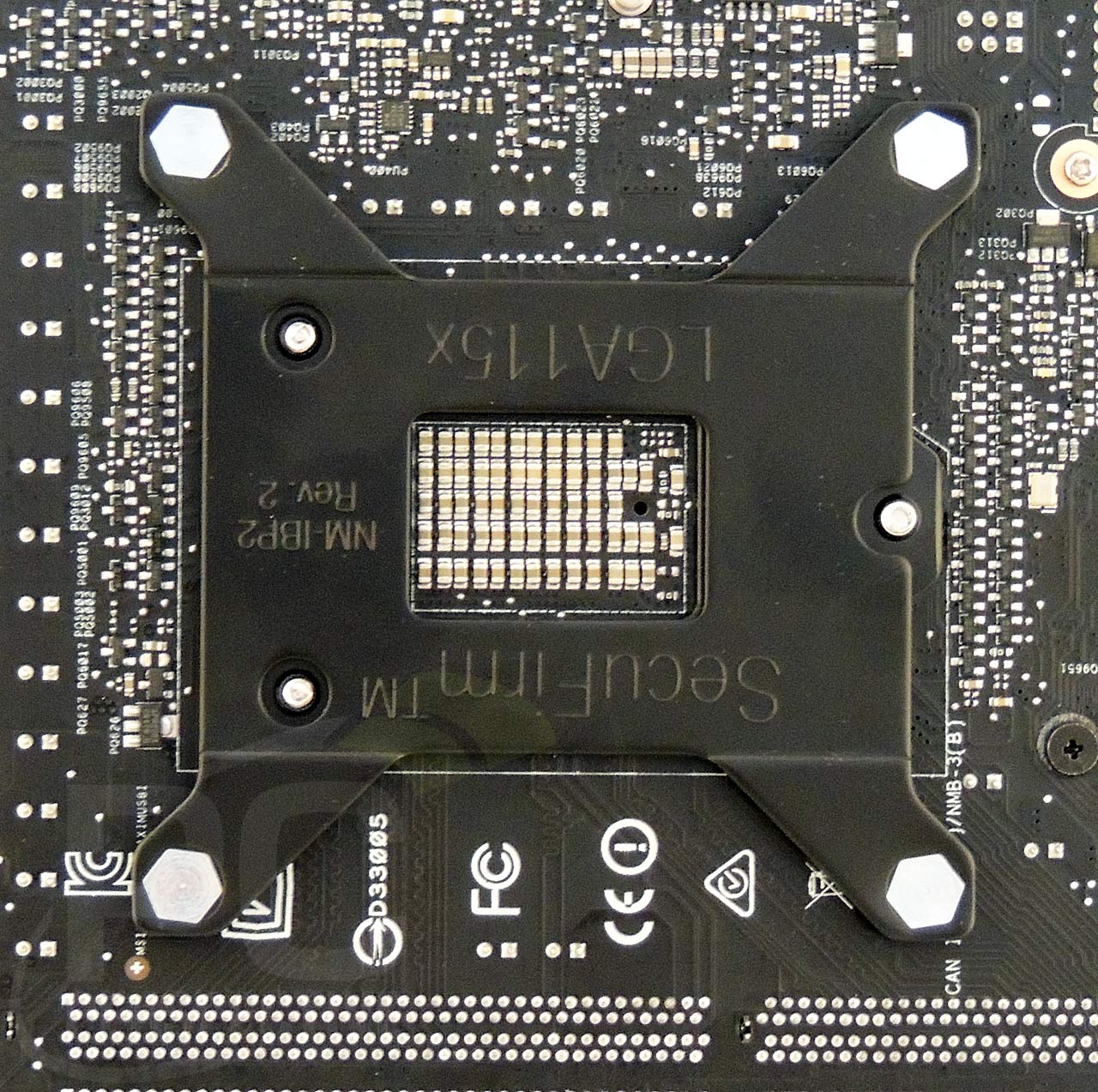 The cooler's back plate rests on the socket back plate, minimizing the risk of direct board contact. If using a cooler with a larger back plate, there is the possibility of contact with the circuitry to the lower left of the CPU socket.