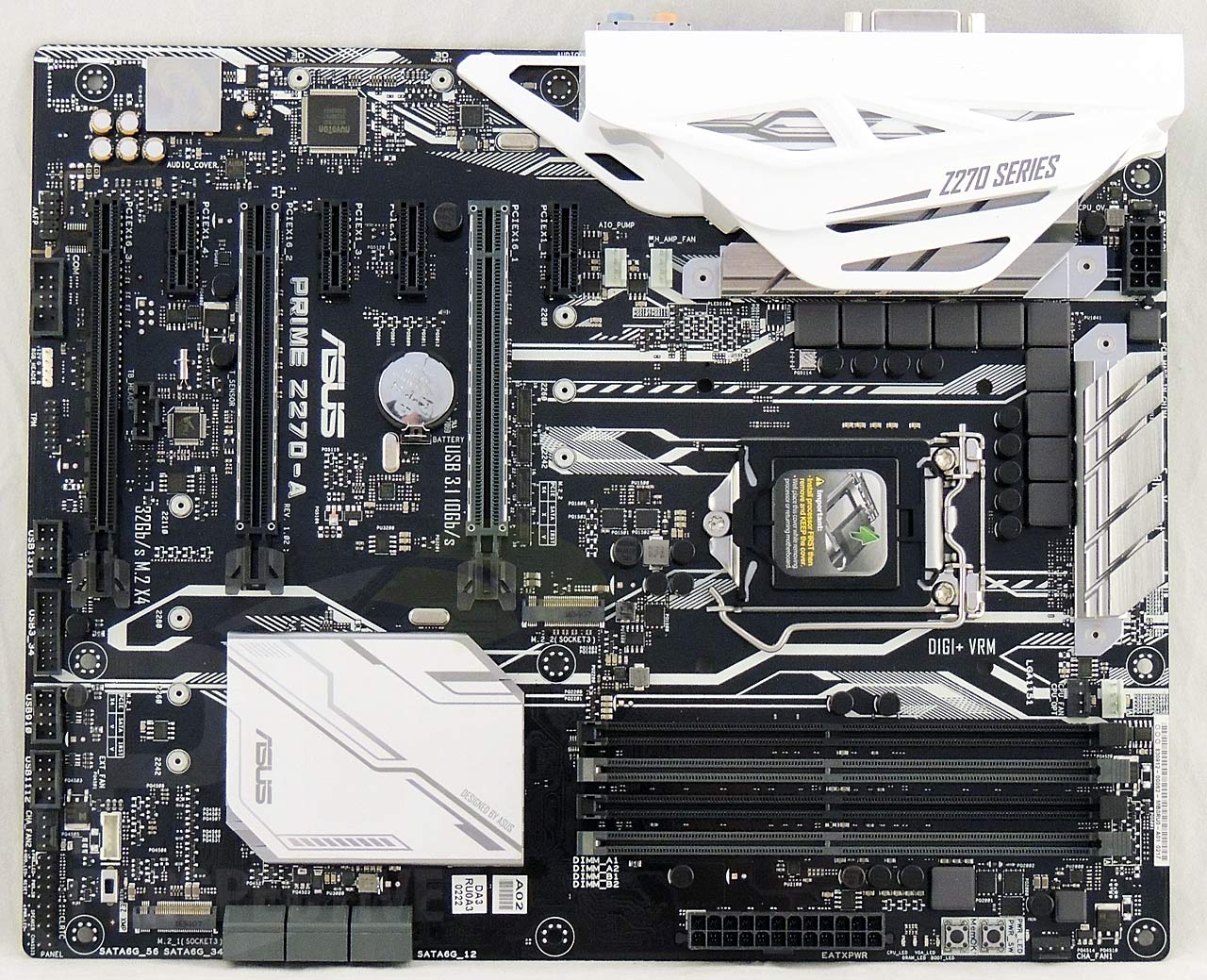 The Prime Z270-A features the black and white branding common to ASUS' channel product line with the rear panel cover and chipset featuring the brand logos. The VRM heat sinks are brushed aluminum, meshing well with the white accents on the board's black PCB. The board's aesthetic comes together well, giving the board a high-tech and futuristic type look. The board's layout is spacious with more than adequate room provided between all components for easy user access. 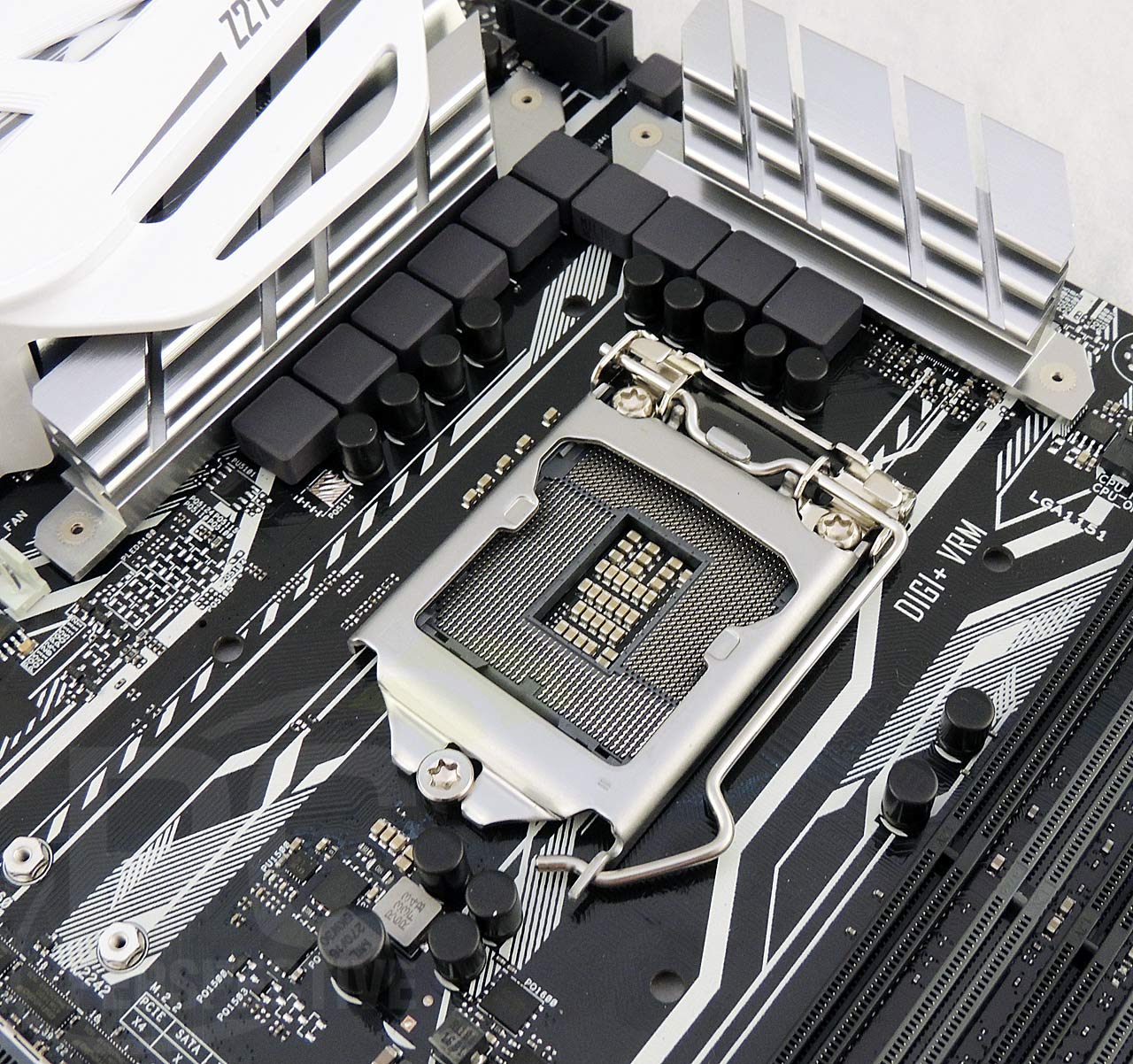 ASUS designed the Prime Z270-A with a total of 10-digital power phases, which provide more than enough power for the most punishing overclocking. ASUS cools the CPU VRM circuitry with two large heat sinks, one above and one to the right of the CPU socket. The socket itself is clear of obstructions, making for an easy CPU cooler mount. 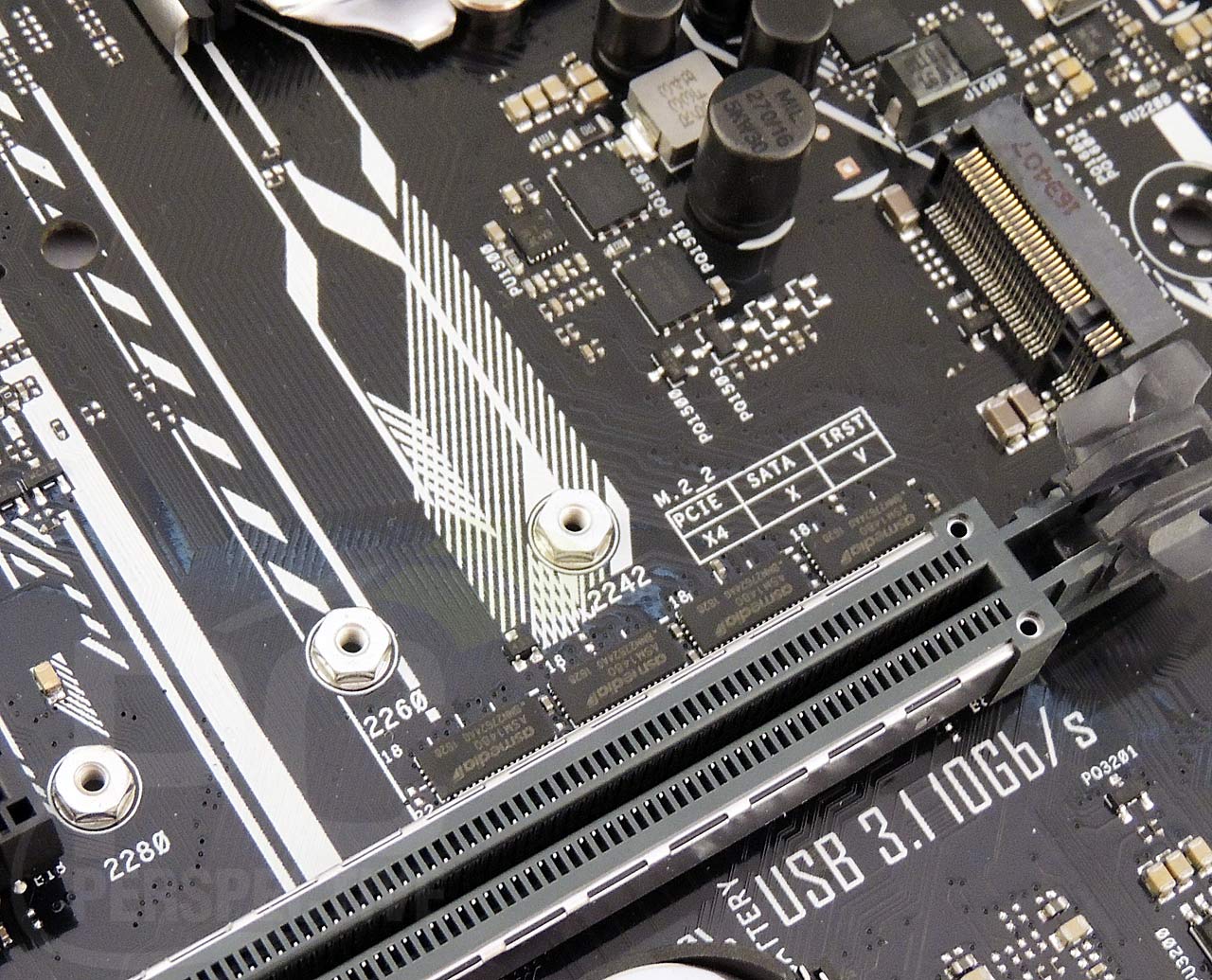 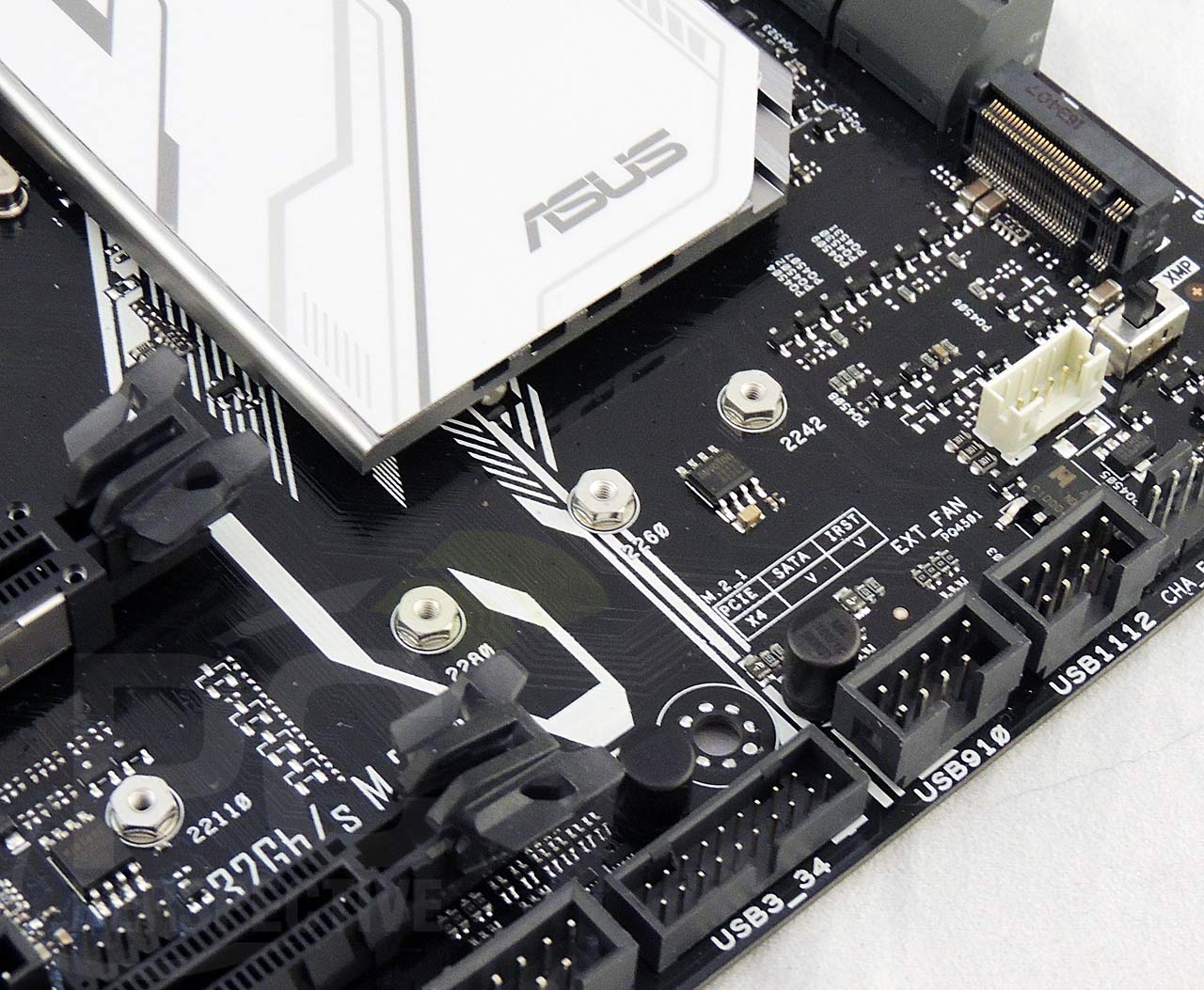 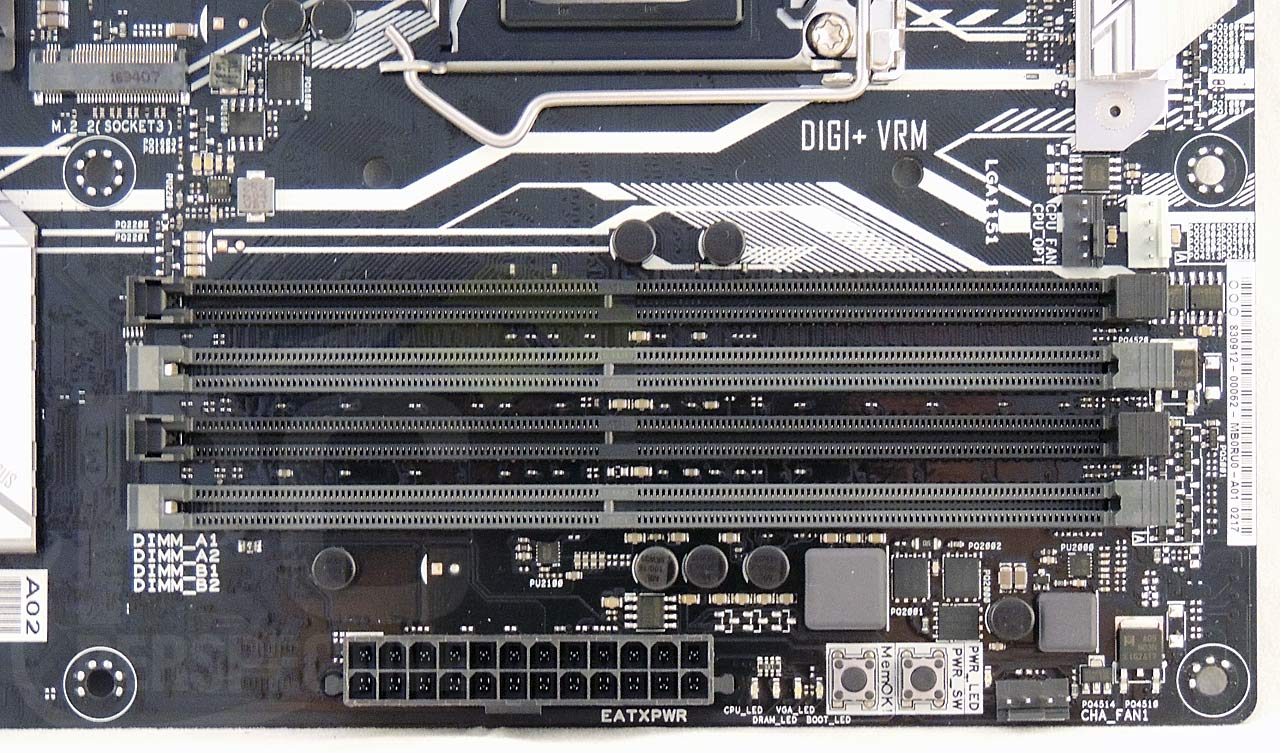 The board supports up to four DIMM slots with Dual Channel memory mode active with modules in slots 1 / 3 (black slots) or 2 / 4 (grey slots). 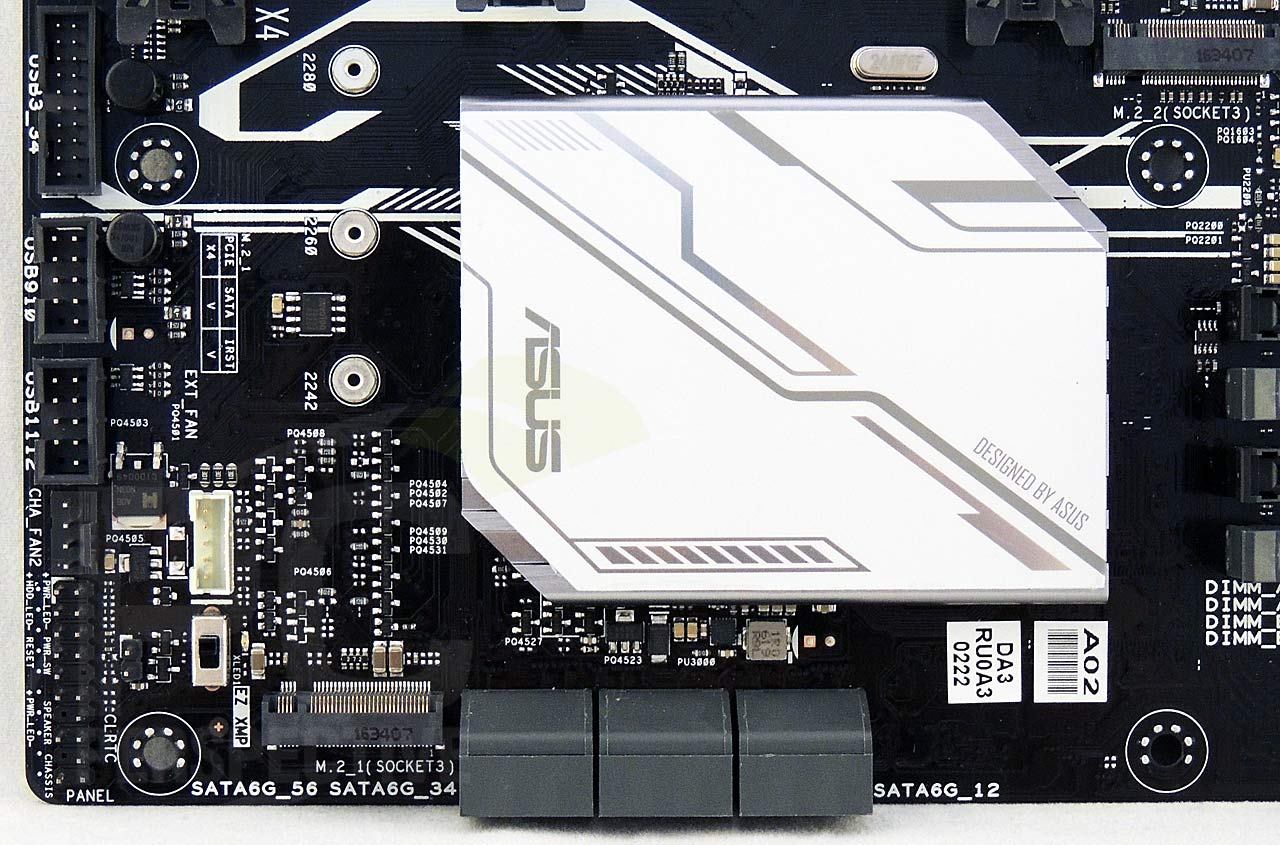 The Intel Z270 chipset is covered by a low profile brushed aluminum heat sink with a white plastic overlay featuring the ASUS corporate logo. In addition to the two PCIe x4 M.2 slots, the board was designed with six SATA III ports in a block just below the chipset heat sink. 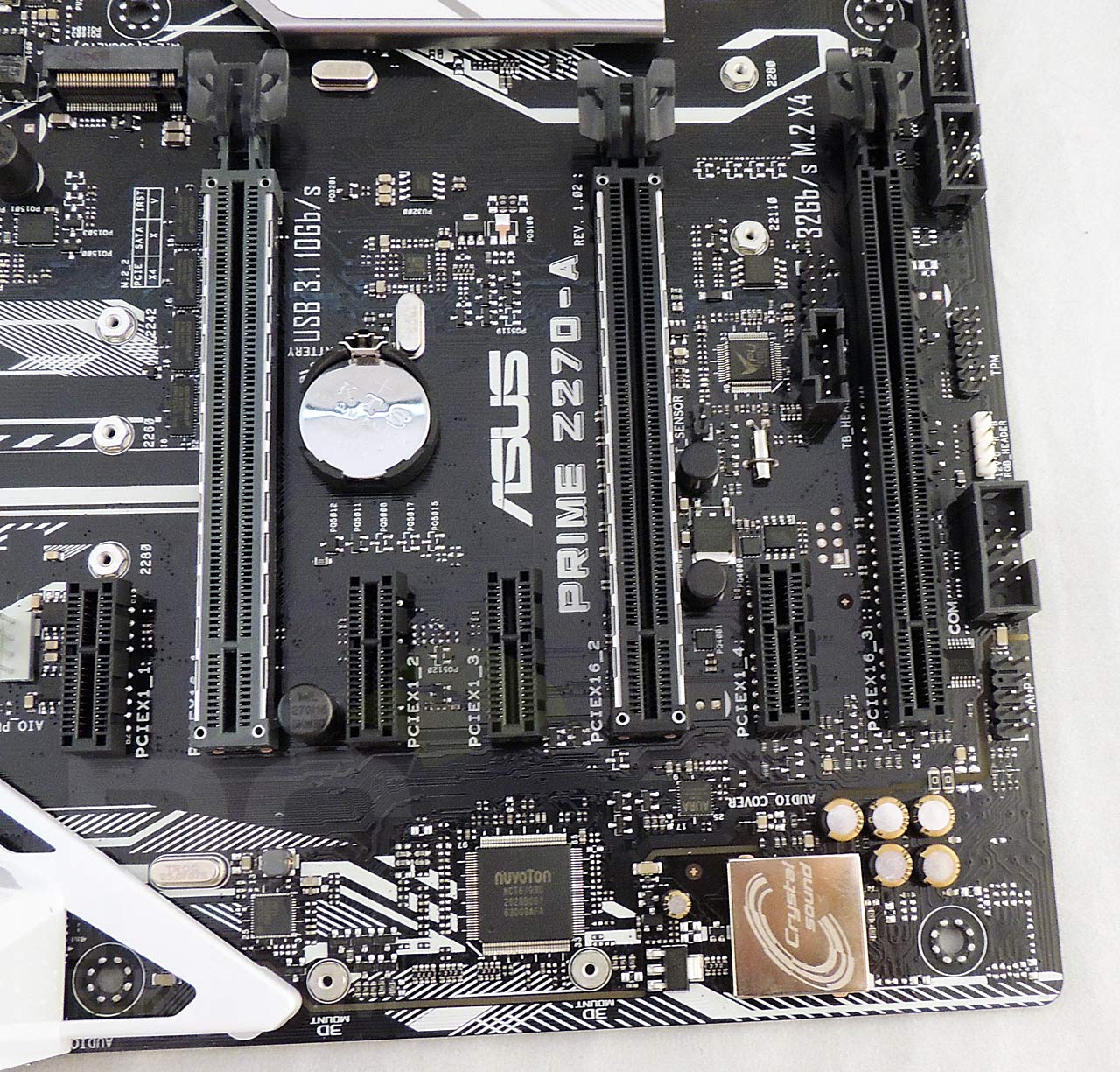 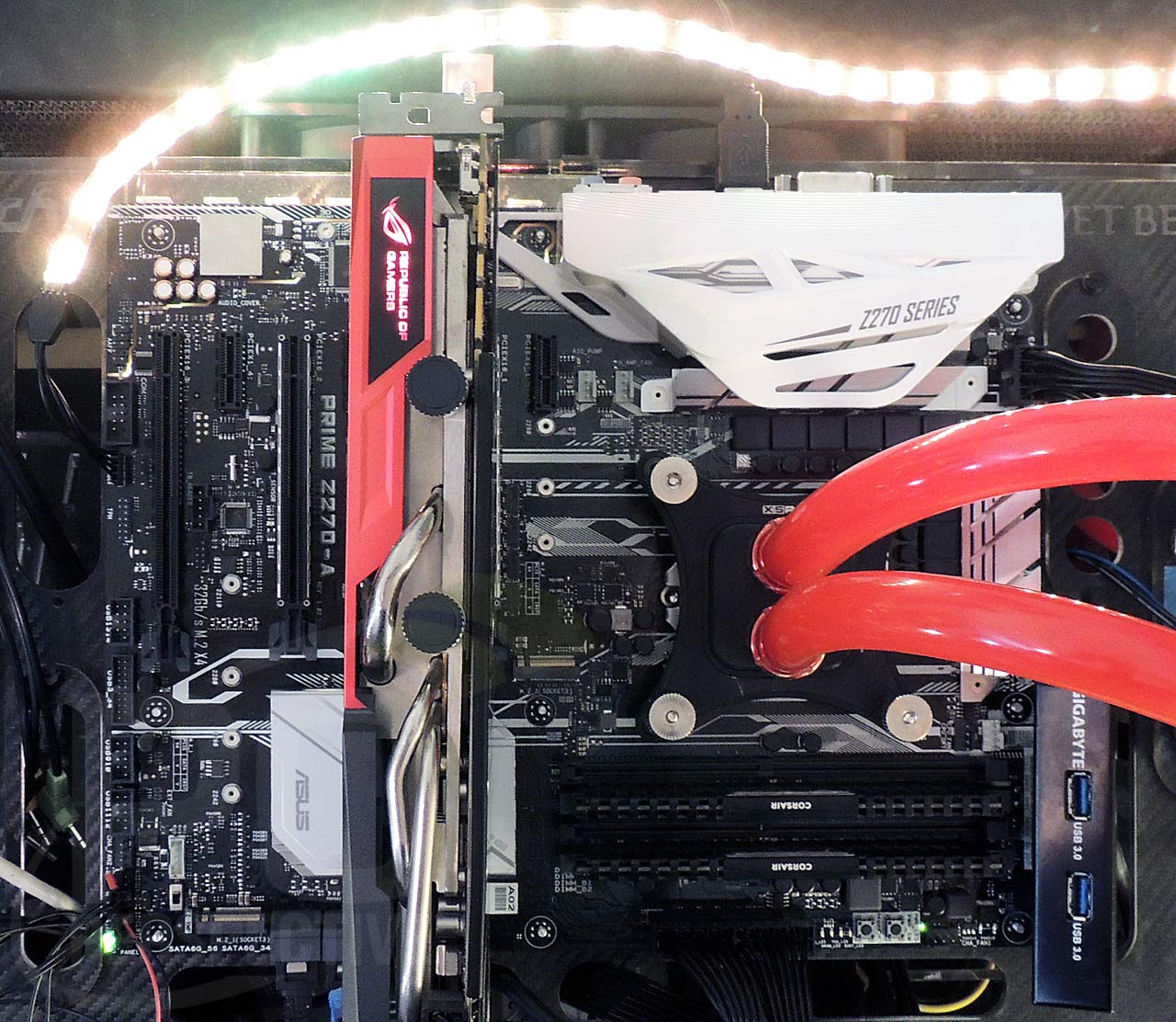 New to the Z270 board line, ASUS integrates mount points for custom designed 3D printed panels and accessories. The mount points are along the upper edge of the board, just below the audio PCB illuminated divider line.