In the second part of our series we go into the performance of the system and our gaming impressions.

Last week in part 1 of our look at the Radeon RX 460 as a budget gaming GPU, I detailed our progress through component selection. Centered around an XFX 2GB version of the Radeon RX 460, we built a machine using an Intel Core i3-6100, ASUS H110M motherboard, 8GB of DDR4 memory, both an SSD and a HDD, as well as an EVGA power supply and Corsair chassis. Part 1 discussed the reasons for our hardware selections as well as an unboxing and preview of the giveaway to come.

In today's short write up and video, I will discuss my impressions of the system overall as well as touch on the performance in a handful of games. Despite the low the price, and despite the budget moniker attributed to this build, a budding PC gamer or converted console gamer will find plenty of capability in this system.

For just $549 I was able to create shopping list of hardware that provides very impressive performance for the investment. 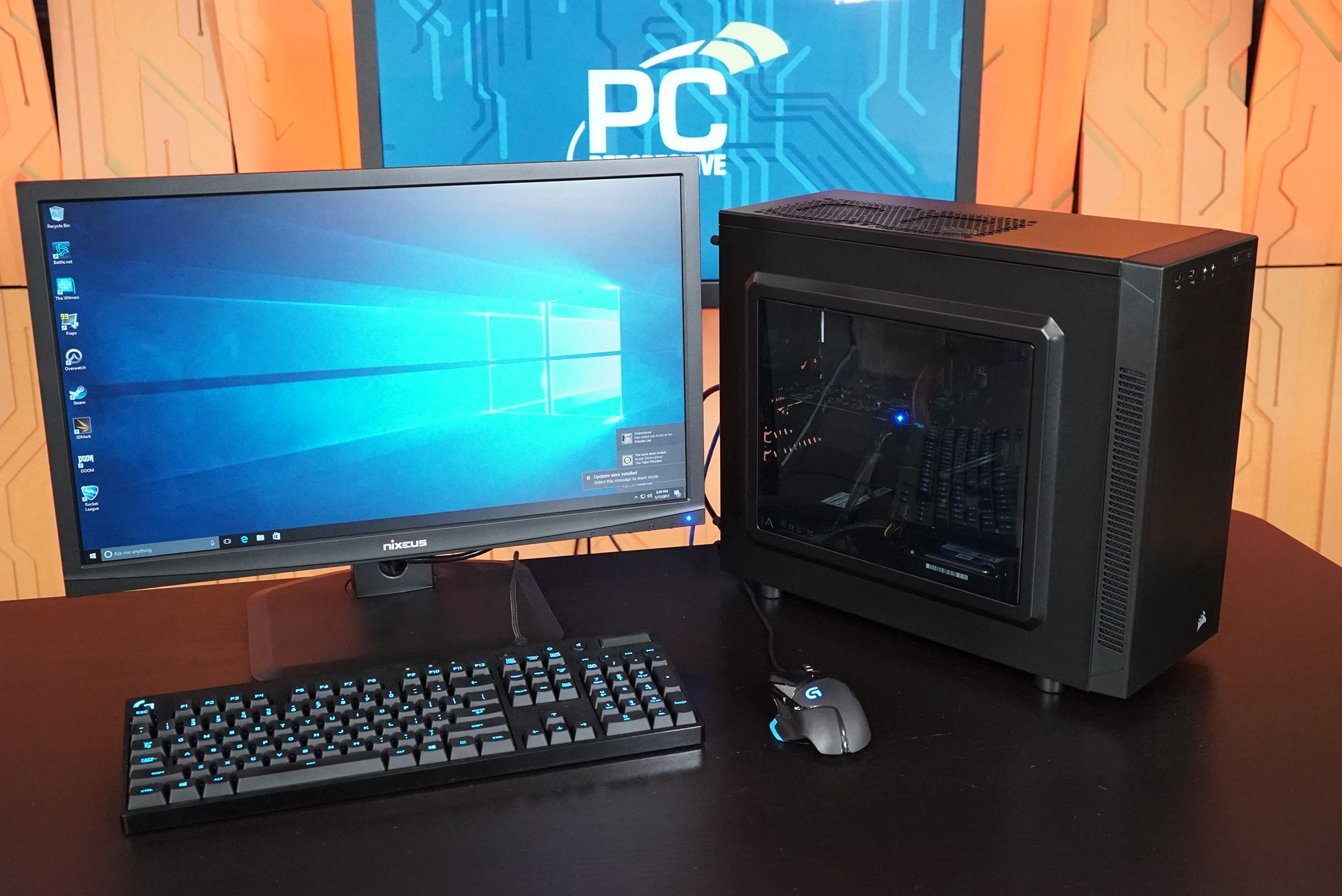 The completed system is damn nice looking, if I do say so myself. The Corsair Carbide 88R case sports a matte black finish with a large window to peer in at the hardware contained within. Coupled with the Nixeus FreeSync display and some Logitech G mouse and keyboard hardware we love, this is a configuration that any PC gamer would be proud to display. 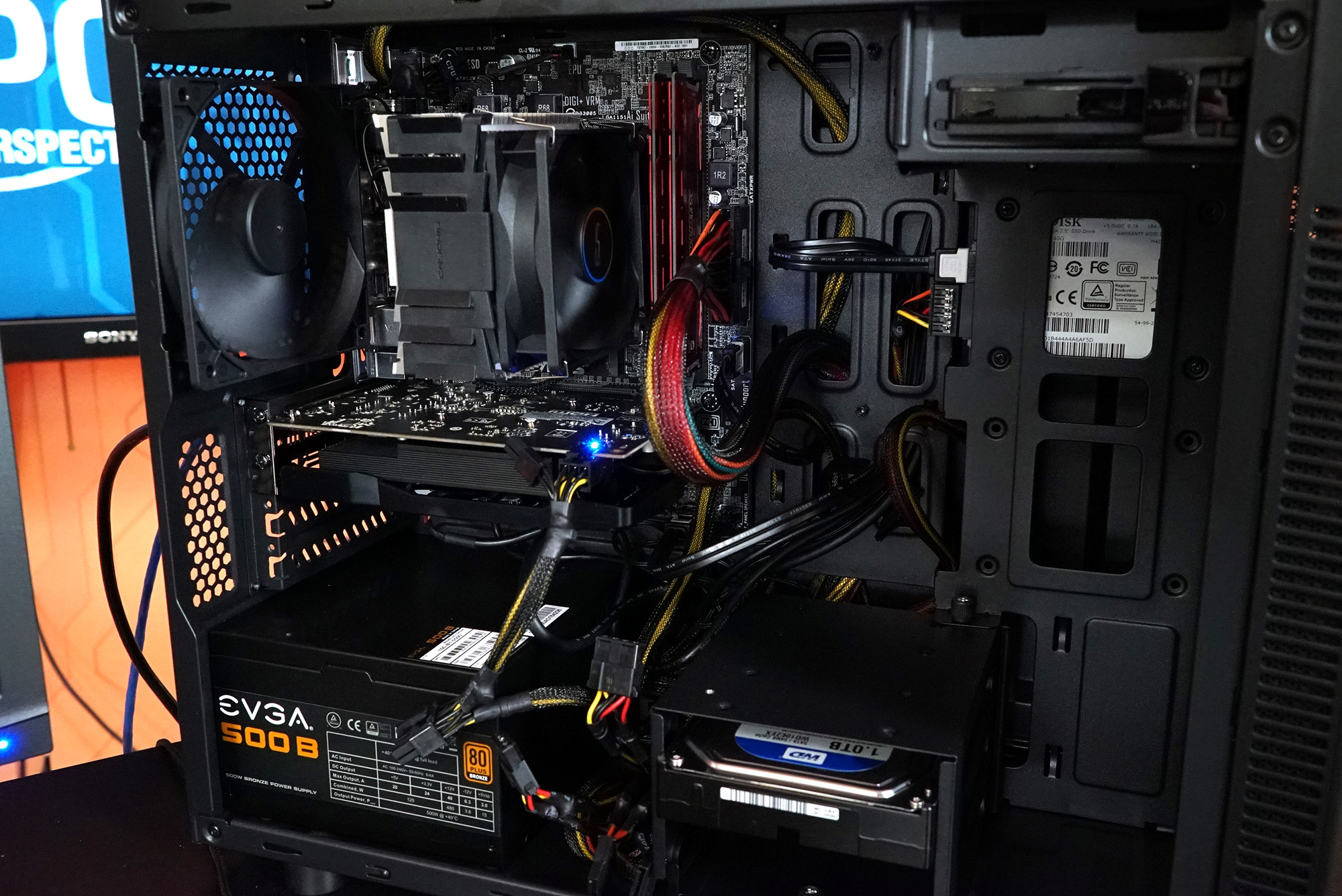 Though not perfect, the cable routing and design of the case makes for a clean interior with the large CRYORIG M9i taking center placement. 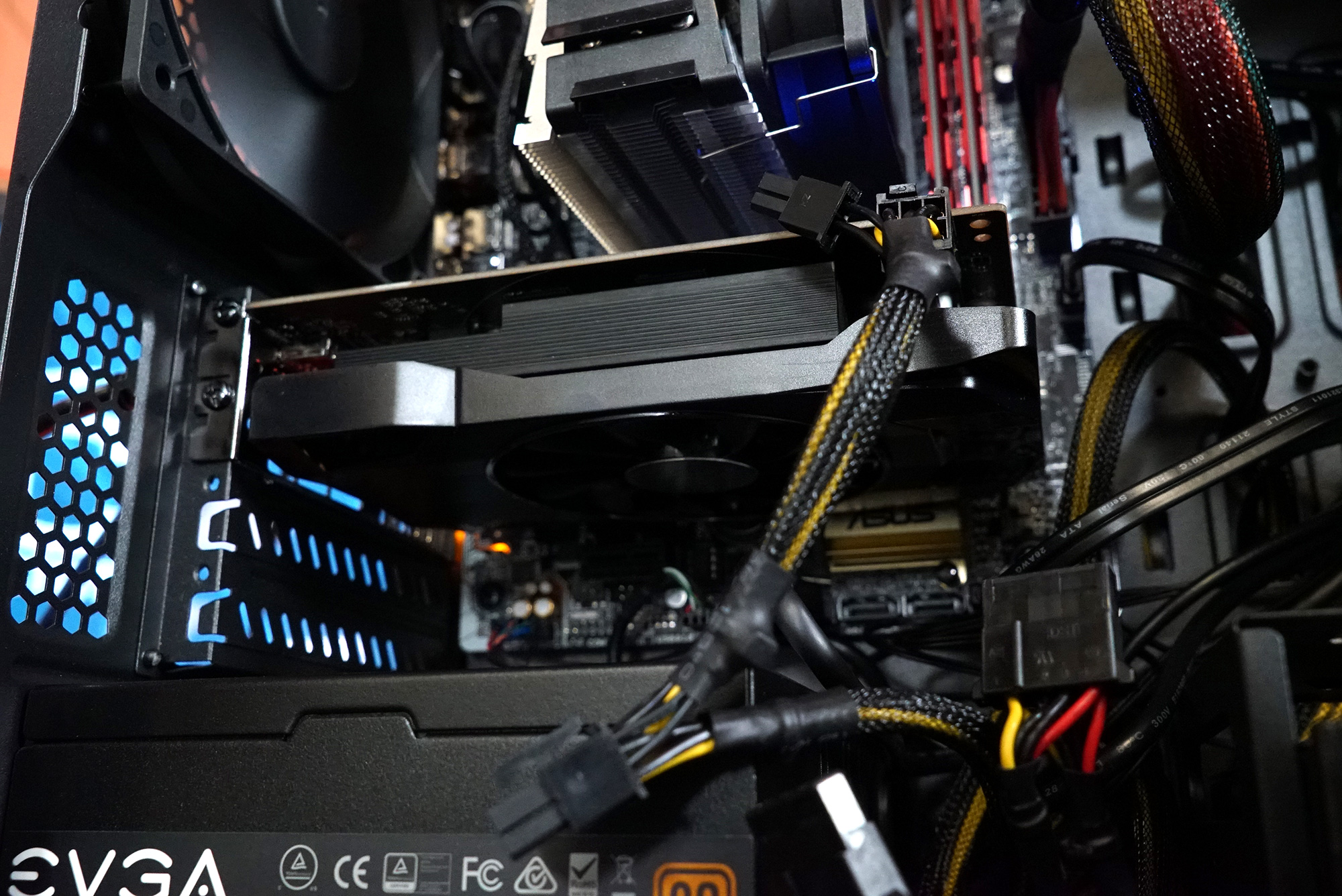 AMD's Radeon RX 460 from XFX is somewhat hidden but it remains the heart of this gaming system.

So how does it perform? 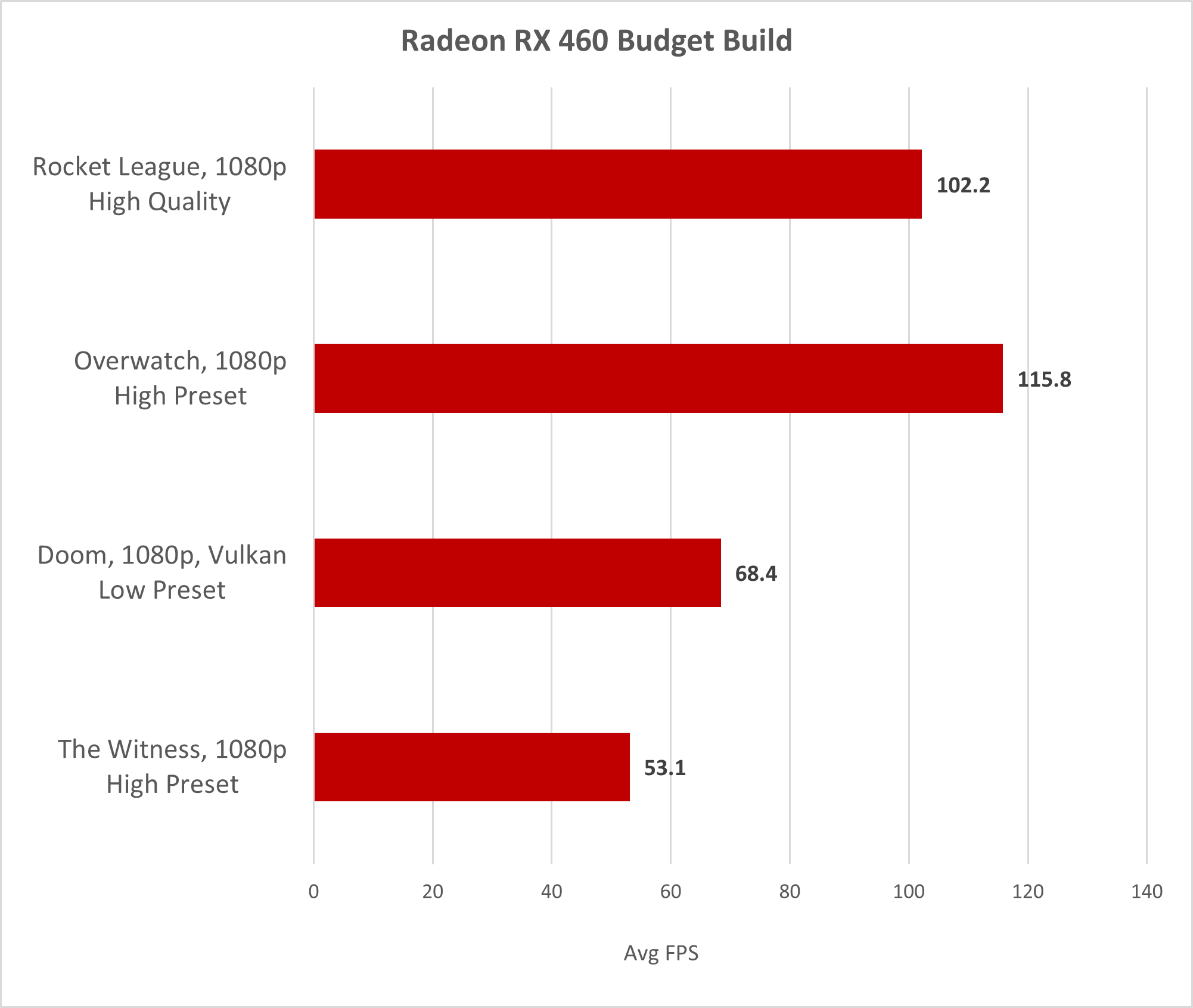 I selected a handful of games ranging from modern shooters to recent puzzle games and highly popular multi-player titles (feel free to guess which is which). I'm a big fan of Rocket League, and even at 1080p and the High Quality settings, the RX 460 and the rest of our budget build are able to maintain over 100 FPS on average. In Overwatch, maybe the most popular team shooter, we see frame rates crossing the 115 FPS mark.

On Doom, running under the Vulkan API, the RX 460 is able to run at 1080p at the Low present but still maintain 68 FPS on average, resulting in an amazingly impressive gameplay experience for the system build price. Finally, on The Witness, I increased the image quality settings to High, giving me about 50-55 FPS on average, but demonstrating the ability for FreeSync integration to smooth out otherwise juttery gaming experiences.

From a productivity stand point, this system will handle complex, multi-tab browsing without concern and can be a great tool for moderate photo and video editing as well. If you are interested in multiple display configurations to get your work-groove on, this RX 460 card supports three monitors, as long as you can utilize one DisplayPort, one HDMI and one dual-link DVI connection.

My time with this little experiment has been eye opening. More often than not I am building systems and running tests on graphics cards that cost as much as this entire PC. And while a whole hell of a lot of fun, it's not realistic. From an everyday consumer perspective, a budget of $600 is spot on, and a build with a card I previously had no experience with has left me impressed.

I have seen comments point out that you can easily upgrade this experience further by investing in a Radeon RX 470, RX 480 or another higher cost GPU. Without a doubt, spending a bit more on your GPU will result in higher frame rates, better image quality or both. But the point of this experiment is that you don't have to do that to get a high quality gaming experience on day one. Loyalties and fan bases aside, the Radeon RX 460 can get you gaming at a high level for a low cost.

Now…you might be wondering where that contest and giveaway is located. After all, I did say I was giving this PC away, right? Fair, you caught me. Jump right over to this contest page to see how to enter! Good luck and thanks to AMD for sponsoring this project!