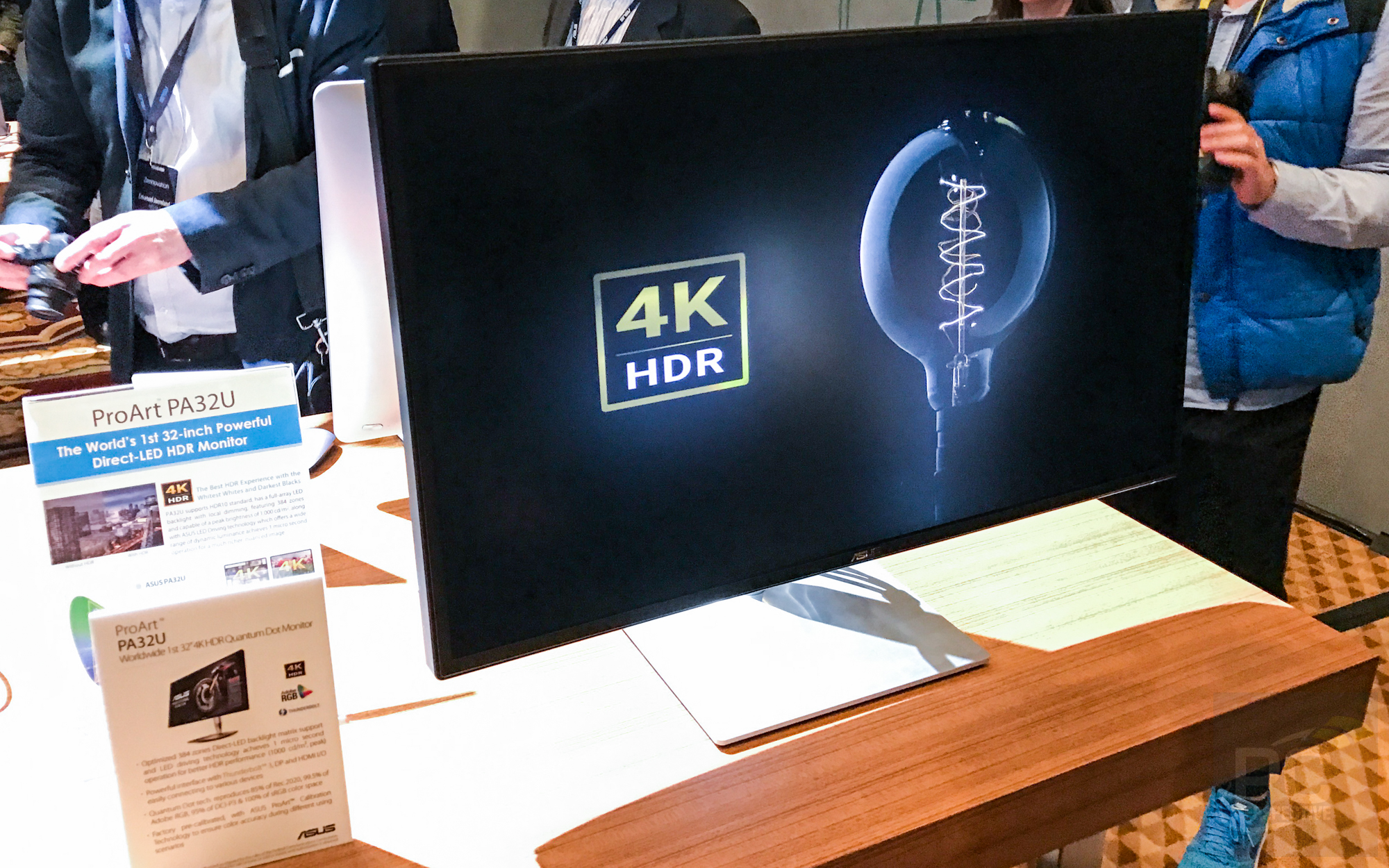 “The 32-inch ASUS ProArt PA32U is the world’s first professional direct-lit LED 4K UHD HDR monitor, delivering breathtaking levels of detail. It has a full-array LED backlight with the all-new ASUS LED-driving technology, featuring 384 LED zones and capable of a peak brightness of 1,000cd/m2, which offers a wide range of dynamic luminance for a much richer, nuanced image. The use of quantum dot technology provides a wide color gamut, enabling ProArt PA32U to deliver 99.5% Adobe RGB, 85% Rec. 2020, 100% sRGB and 95% DCI-P3 color-space performance for high-end video-editing and production.” 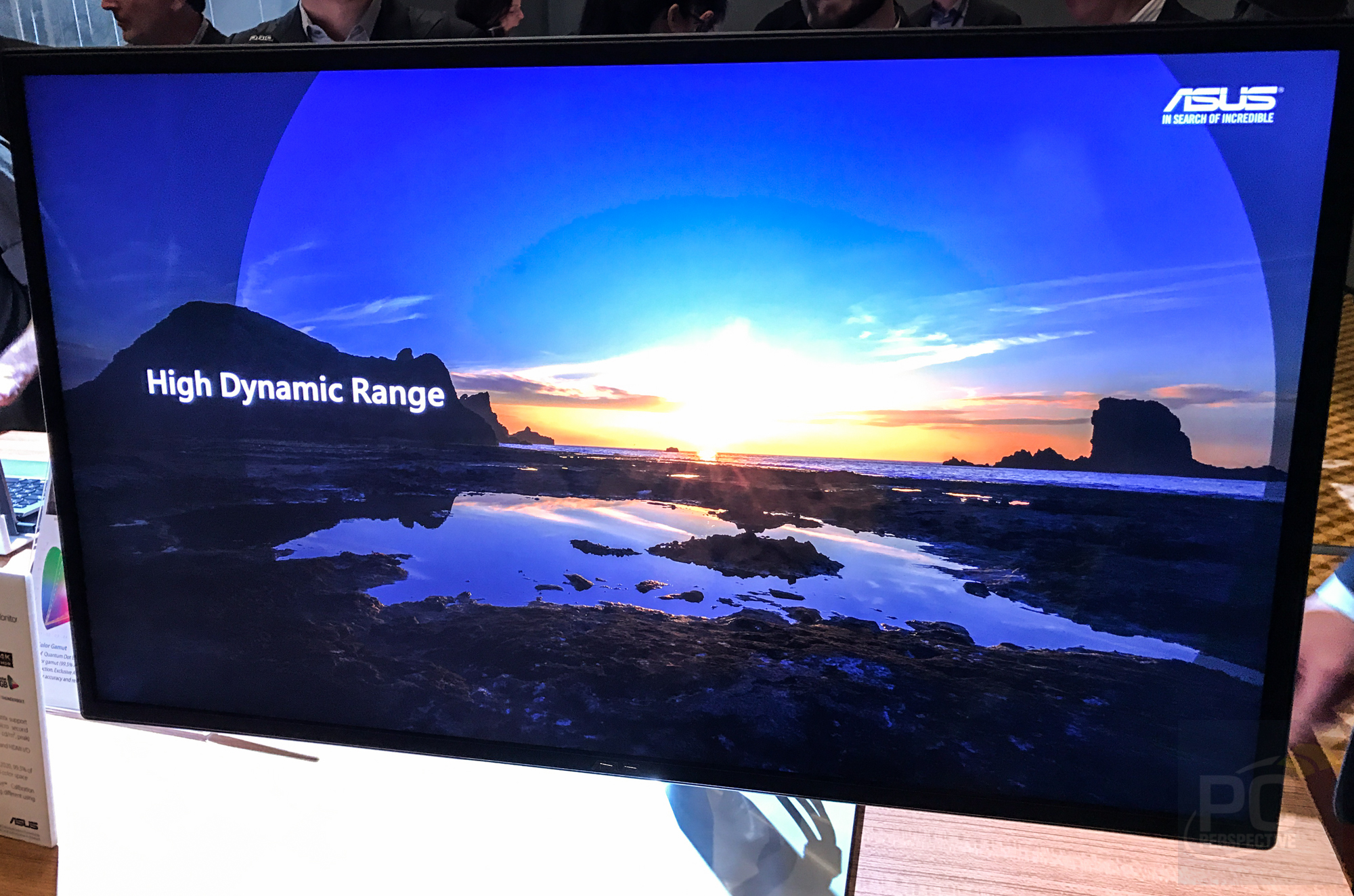 HDR in full effect on the ProArt PA32U

The use of direct backlighting with individual zones – with what sounds like local dimming (“a wide range of dynamic luminance”) – should put the ProArt PA32U high on an HDR enthusiast’s list. 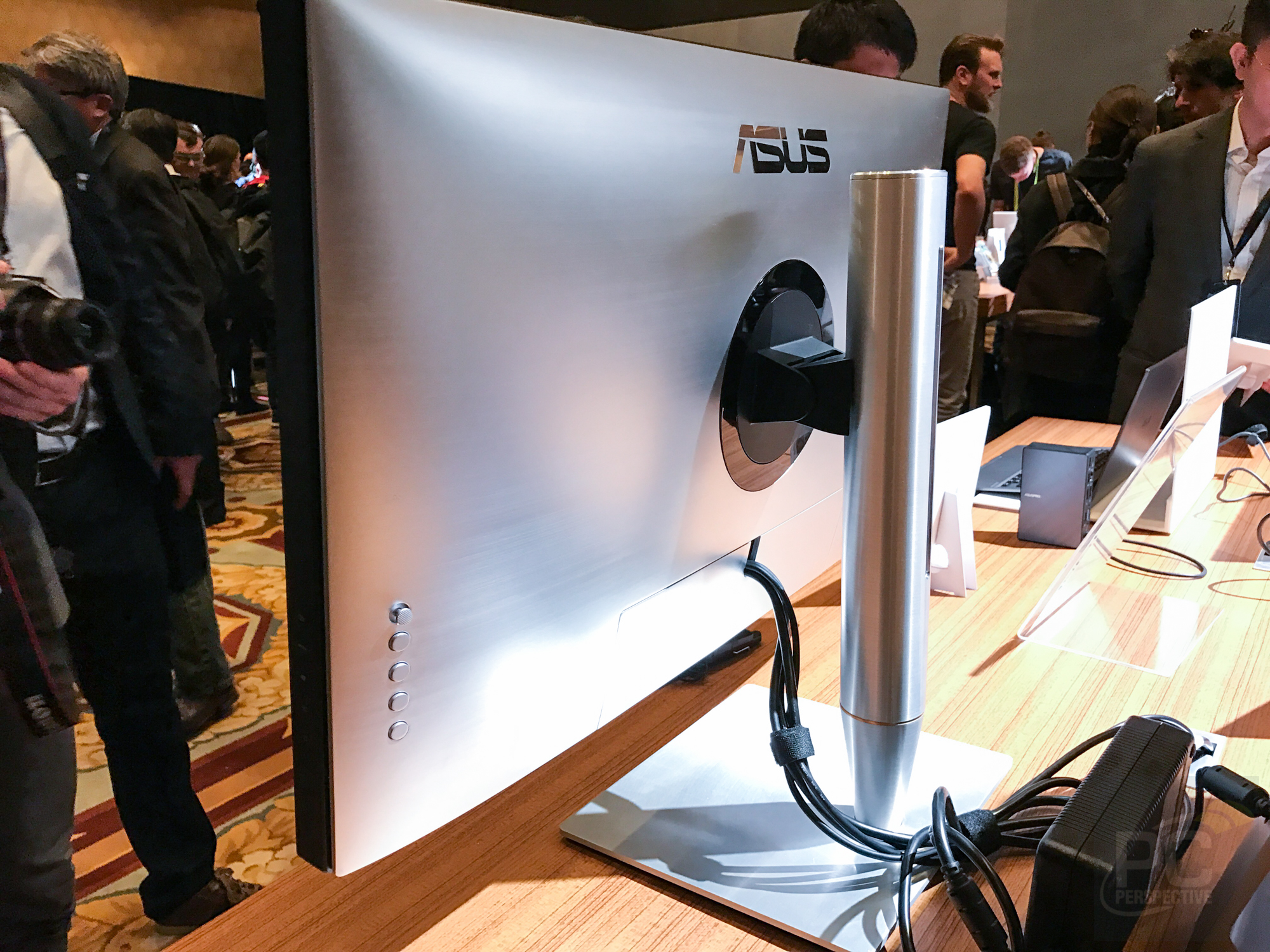 Back view of the ProArt PA32U

Next we have the Designo Curve MX38VQ, a massive 37.5-inch monitor a 2300R curved IPS panel that boasts ultra-wide QHD (3840×1600) resolution. The MX38VQ also features a Harman Kardon branded 8-watt stereo speaker system and Qi wireless charging base built into the stand.

Big is not always beautiful