Micron paper launched their 5100 Series Enterprise SATA SSD lineup early last month. The new line promised many sought after features for such a part, namely high performance, high-performance consistency, high capacities, and relatively low cost/GB (thanks to IMFT 3D NAND which is now well into volume production since launching nearly two years ago). The highs and lows I just rattled off are not only good for enterprise, they are good for general consumers as well. Enterprises deal in large SSD orders, which translates to increased production and ultimately a reduction in the production cost of the raw NAND that also goes into client SSDs and other storage devices.

The 5100 Series comes in three tiers and multiple capacities per tier (with even more launching over the next few months). Micron sampled us a 2TB 'ECO' model and a 1TB 'MAX'. The former is optimized more for read intensive workloads, while the latter is designed to take a continuous random write beating.

I'll be trying out some new QoS tests in this review, with plans to expand out with comparisons in future pieces. This review will stand as a detailed performance verification of these two parts – something we are uniquely equipped to accomplish.

I'm going to spread the relevant performance specifications across the associated pages and charts of the review. I will also going to place markers indicating the specs on the charts themselves, making it clear if/when the tested part is not meeting its spec. Thanks to our exclusive in-house Latency Percentile results, I've greatly expanded our QoS charting to a new 'high resolution' method which allows us to easily confirm the various "9's" claims seen in enterprise product specs. Below are a few of the specs that do not fall into the other categories of this review:

As you can see, TBW goes up dramatically for a given accessible capacity when moving from ECO to PRO to MAX. Over-provisioning ranges from 10-20% for ECO, 20-30% for PRO, and a whopping 60-70% for the MAX model, meaning there is almost *double* the amount of NAND compared to the labeled capacity. 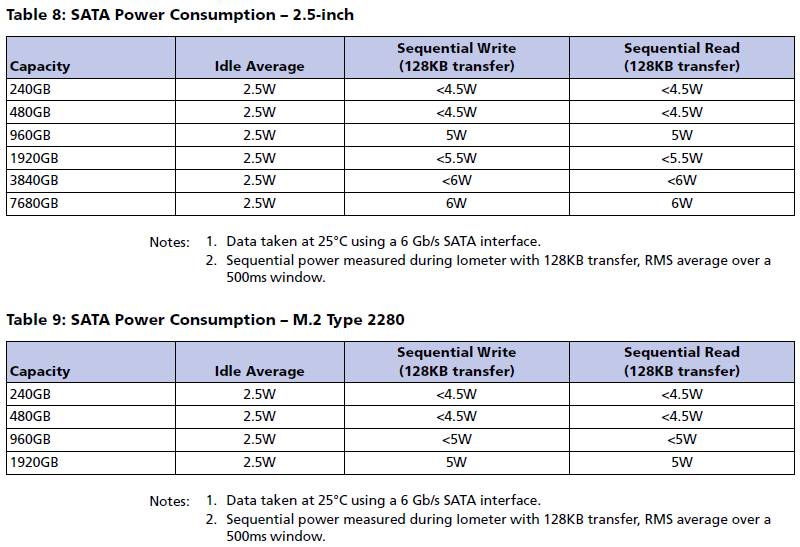 There are some additional features worth a mention here. The big one is called Flex Capacity, which allows user-adjustable OP. You're limited to one direction (increasing OP) over the stock value for the particular line, but you can effectively match the endurance ratings of higher tiers and also get most of the steady state performance increases of those same lines. The reason you may not be able to perfectly match the higher line with a simple OP change is that the controller channel to flash die configuration may differ across models. 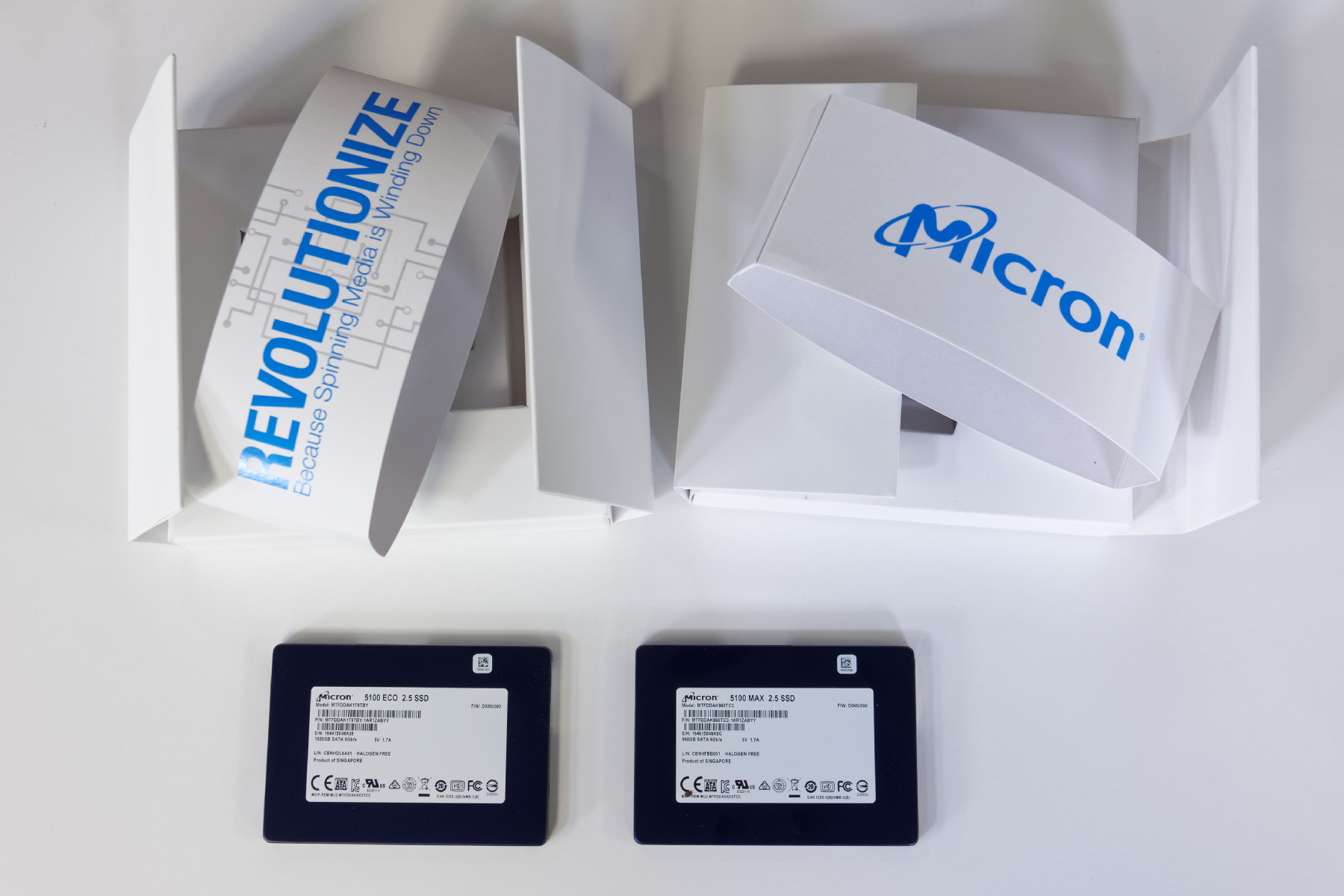 Enterprise customers will typically be buying these in bulk, but Micron fancied things up a bit for us here.