First a refresher of the stated specs:

…and now the results (X'd as appropriate – note these are for QD=1 (left most line)): 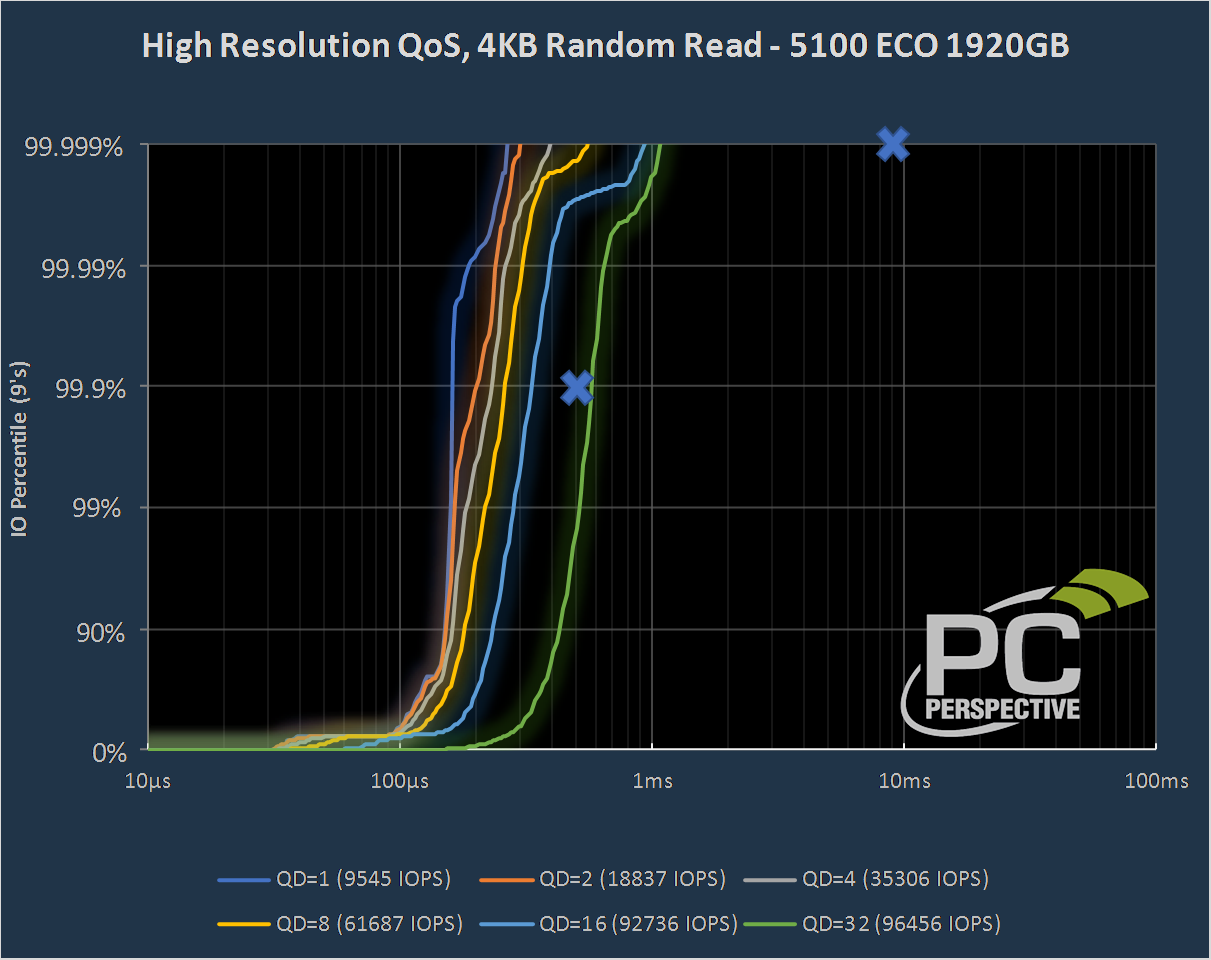 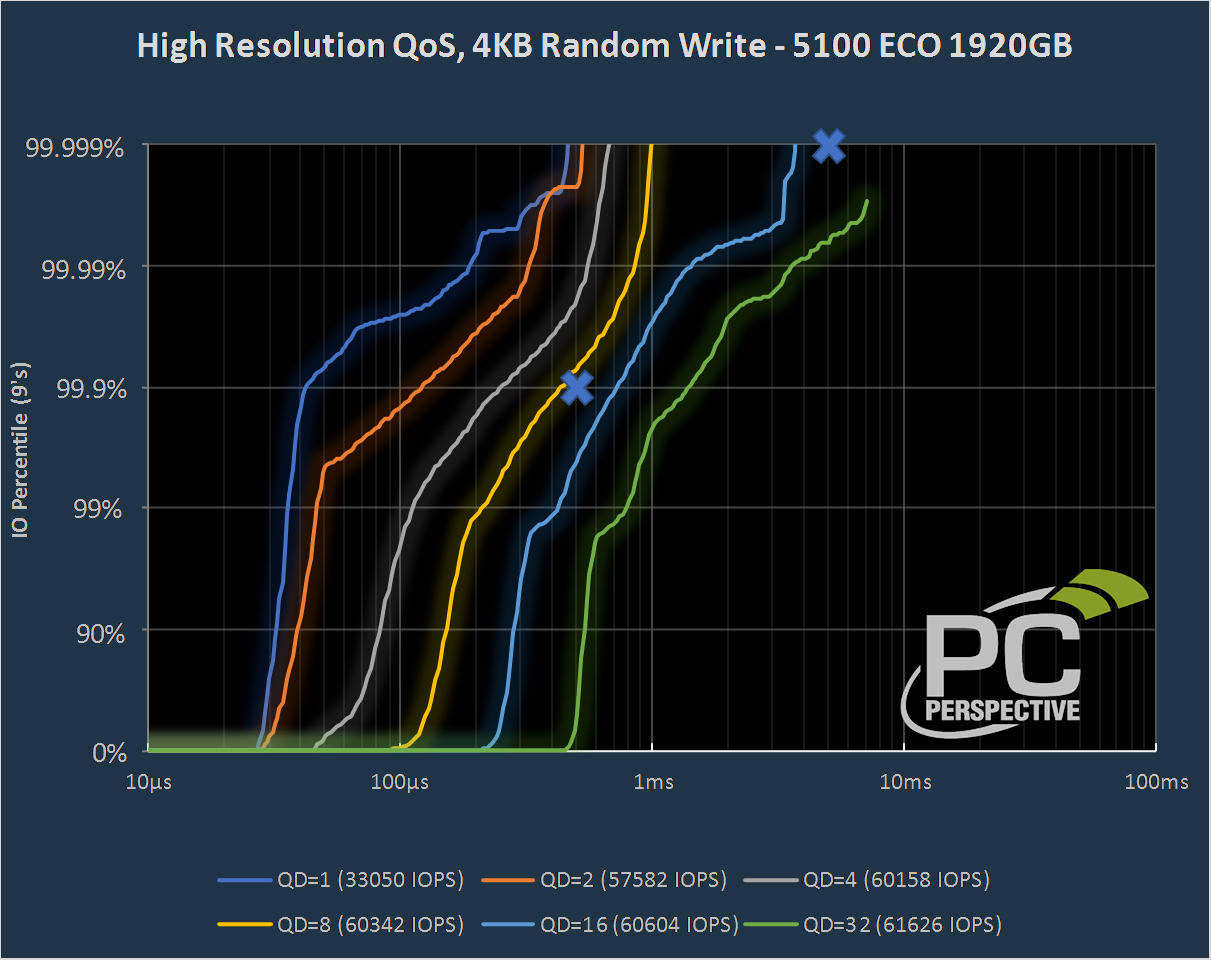 For those having a hard time picking out where the crossover points lie, here's a different way of looking at / spelling out things: 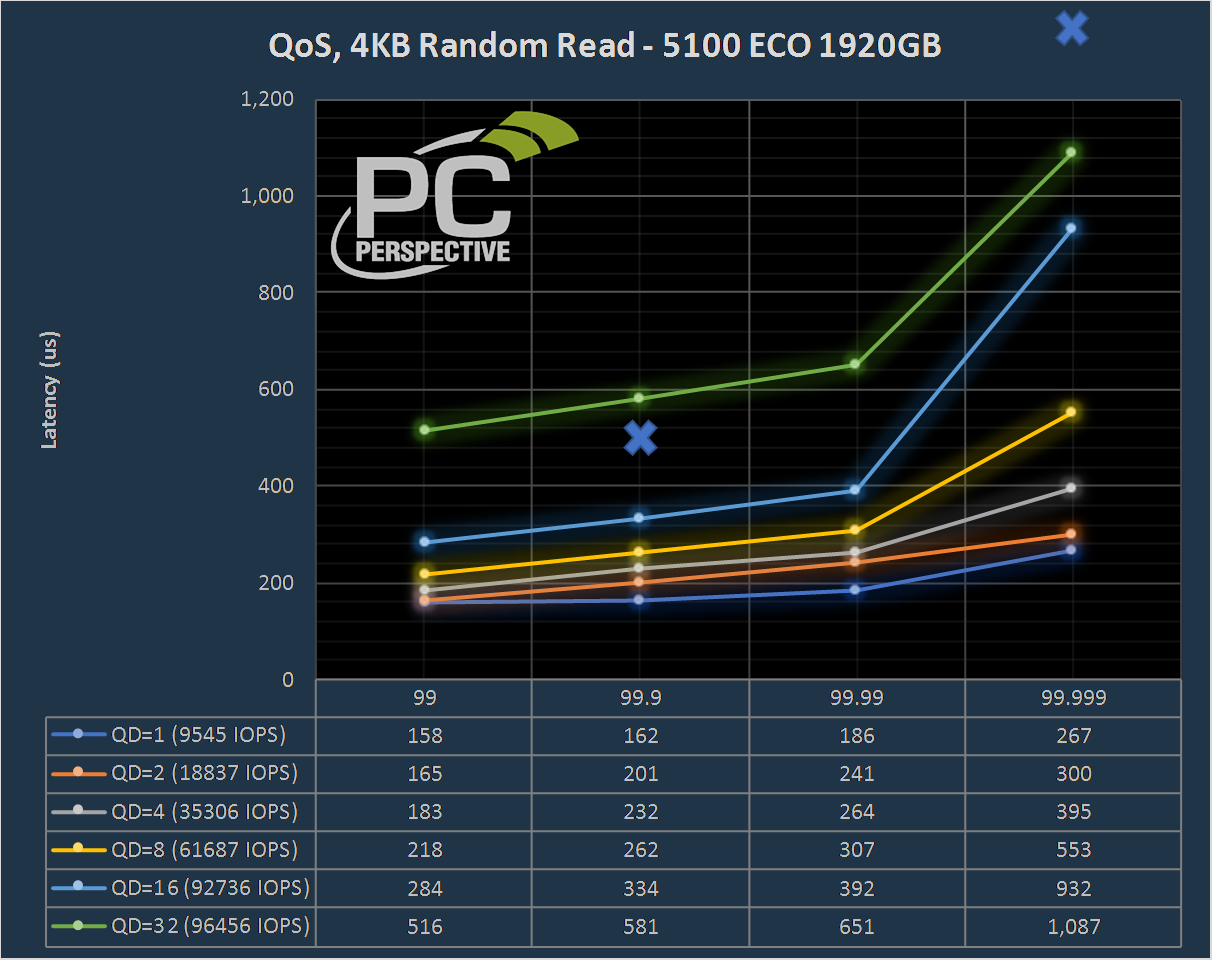 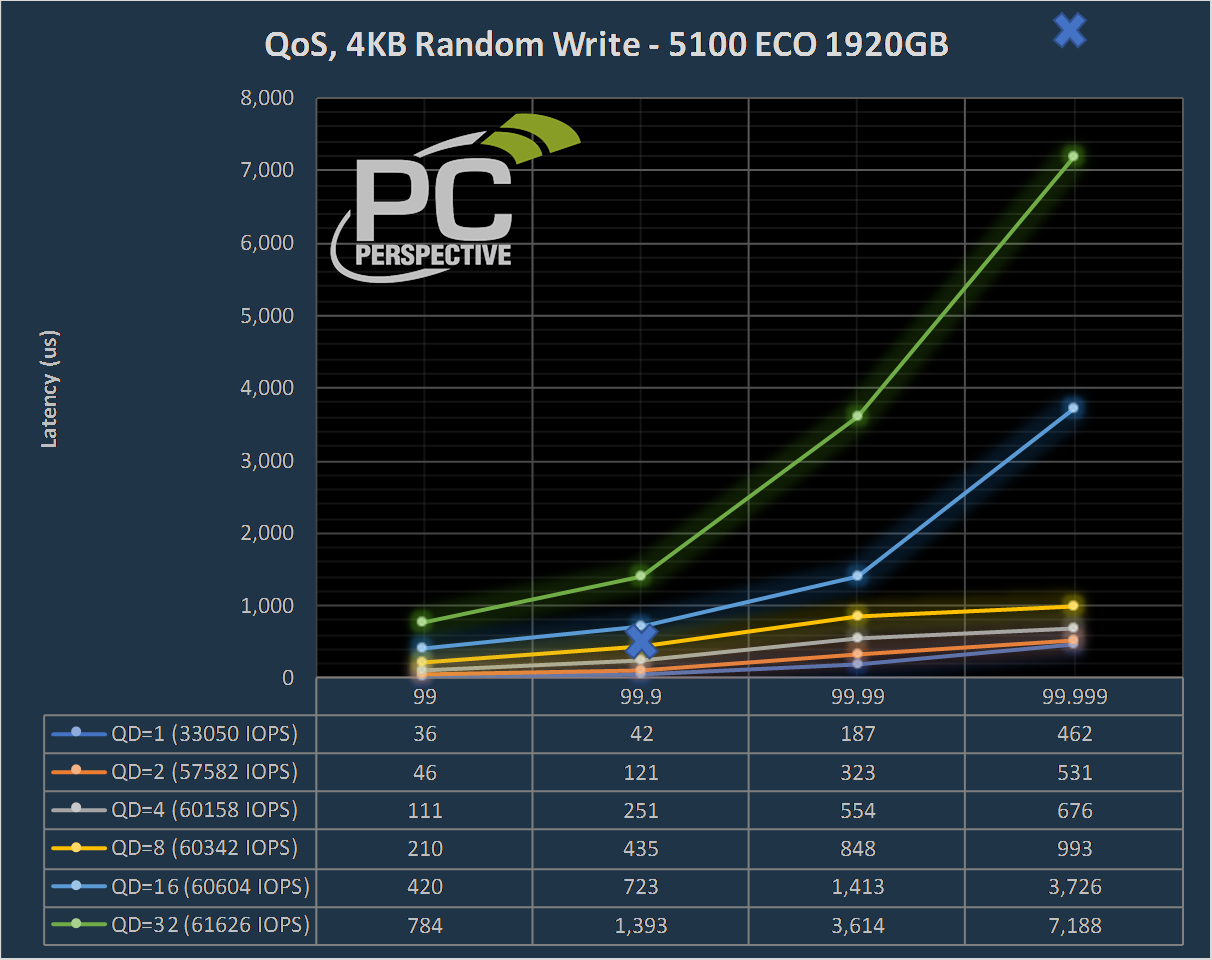 Note that the 99.999 specs in this pair of charts go off the scale high (*very* high in the case of reads), meaning the 5100 falls well within the spec.

PACED workloads – 'It's not how fast you go, it's how well you go fast!'

I'm expanding on the PACED workload application introduced in the Micron 9100 review. Instead of selecting just a few workloads, I've taken things a step further, sweeping the IO range and (with a lot of number crunching) plotting the resulting 9's at the various loads. The brief explanation of what we want to see is how the tail latency looks at more realistic levels of loading compared to how manufacturers typically rate their parts: 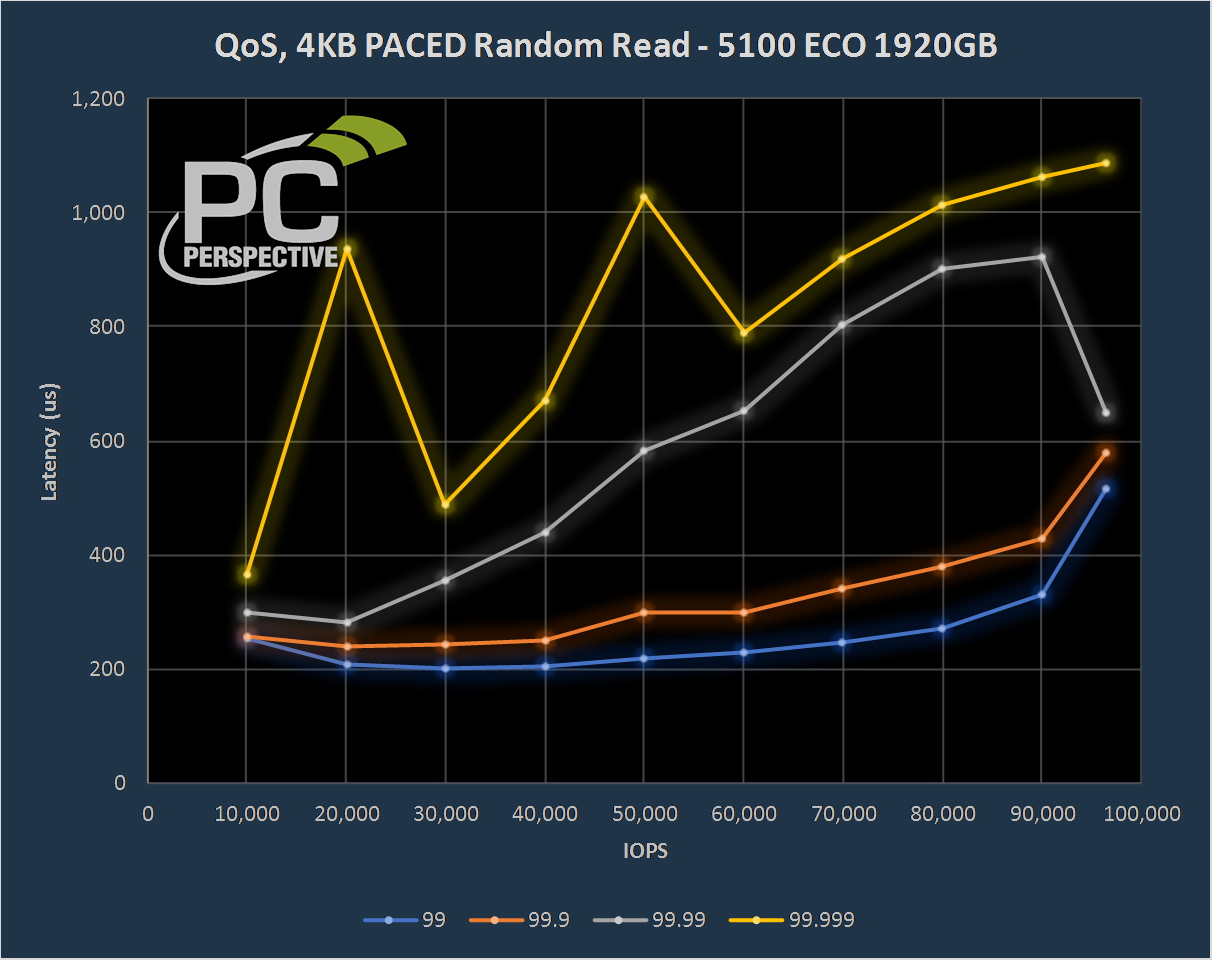 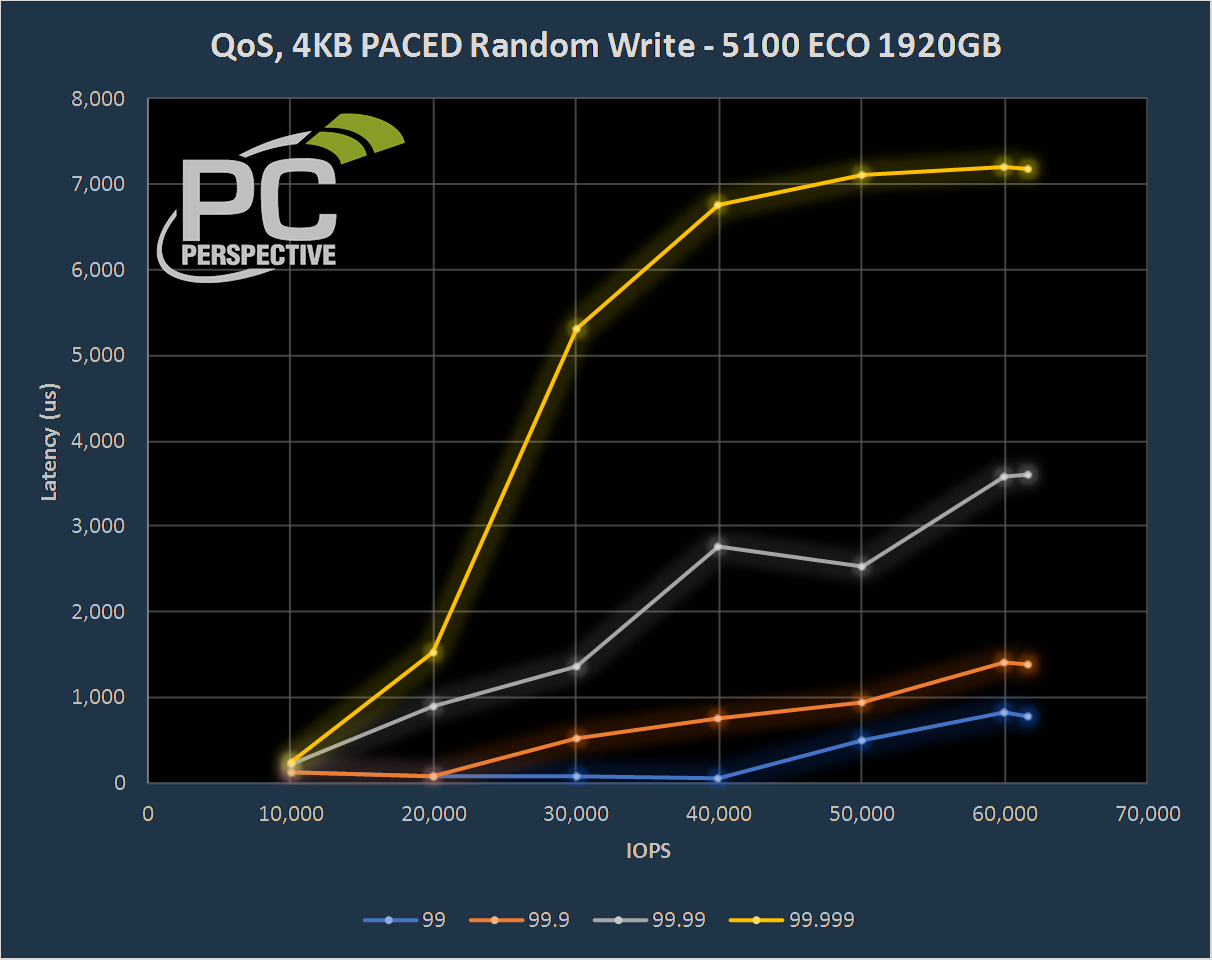 As you can see, reduced load generally lowers latency and enables greater consistency. The catch for the 5100 appears to be that it is already so consistent that even the slightest disturbances during the test run can cause spikes in the curve. Bear in mind that the 5100 is *well* below its rated max latency at even the highest points in these charts.