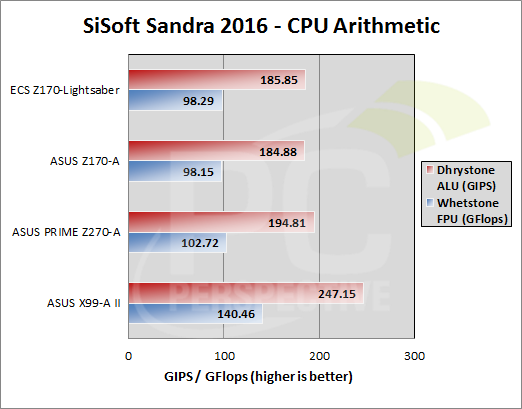 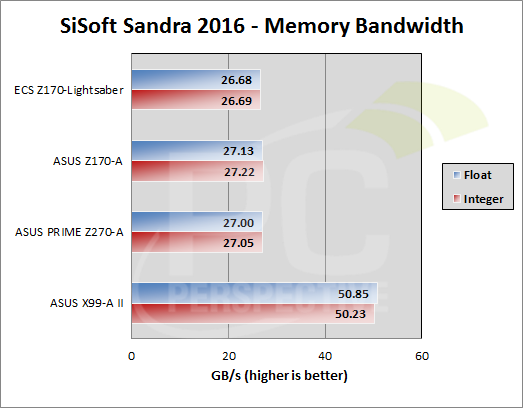 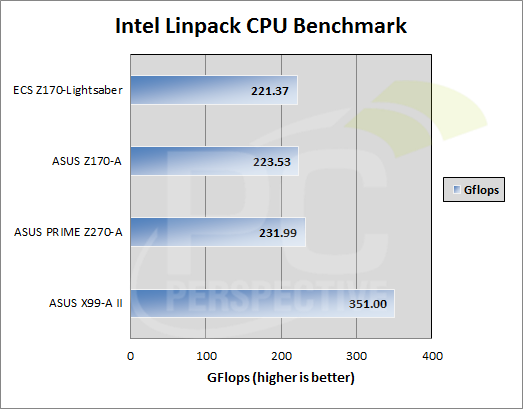 This CPU torture test is a proven method for identifying possible issues with the CPU to motherboard interface layer. The ECS Z170-Lightsaber continues to perform well with respect to the other Z170 boards, further supporting the board's proper functioning and design. 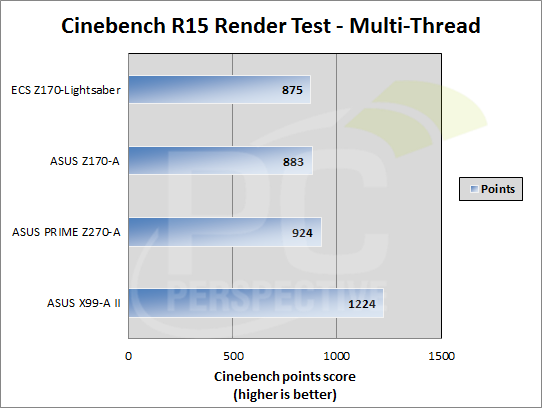 In the multimedia benchmark, the Z170-Lightsaber again performs well against the other test systems. 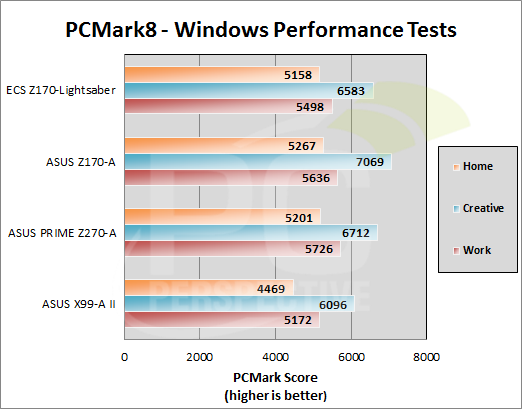 While the Z170-Lightsaber's performance fell slightly behind that of the other Z170 and Z270 board's tested, it did manage to stay ahead of the Intel X99-based system. The performance differences seen here may be attributable to oddities with the benchmark test suite itself rather than actual design related issues with the board.