Listening tests using the selected audio tracks were performed with a Kingston HyperX Cloud Gaming audio headset as well as a 5.1 speaker setup to exercise the subsystem's audio fidelity. In both cases, audio reproduction was clear and distortion-free with little quality difference between the listening sessions. The sound subsystem offers a gain switch for the headphone output, defaulting to 2.5x and increasing to 6.0x. There was no difference between audio output using either gain setting. Further, enabling defaults within the SBX Pro Studio tools greatly enhanced the sound output through the 5.1 speaker setup.

Audio pickup perfect and distortion free, requiring only a slight bump in recording volume to 75% for the best quality. Microphone Boost was not required to increase the audibility of the microphone audio pickup. Audio pickup quality did not change when the provided software audio tools where activated, including Noise Suppression and Acoustic Echo Cancellation. 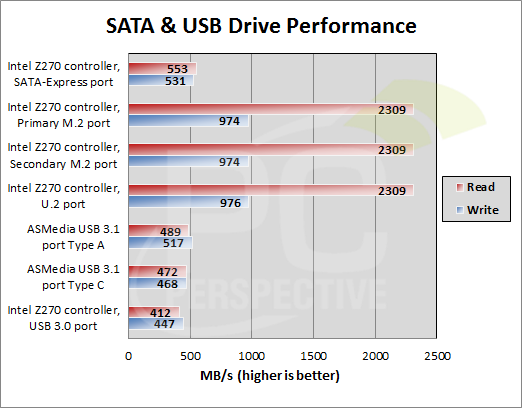 All connected devices performed well within expectations with the SATA drives connected to the SATA-Express ports, pushing the performance limits of the SSD. Performance of the M.2 drive on both PCIe x4 M.2 ports, as well as the PCIe x4 U.2 port, fell within expectations as well, again pushing the performance limits of the device. The SSD's performance on the USB 3.1 ports (both the Type-A and the Type-C ports) fell a bit lower than expected, hovering at or below the 500 MB/s mark while the USB 3.0 port device fell between 400-450 MB/s. The lower than expected USB 3.1 device performance was likely due to compatibility issues with the USB 3.1 to SATA III adapters used rather than being indicative of an issue with the board's ports. 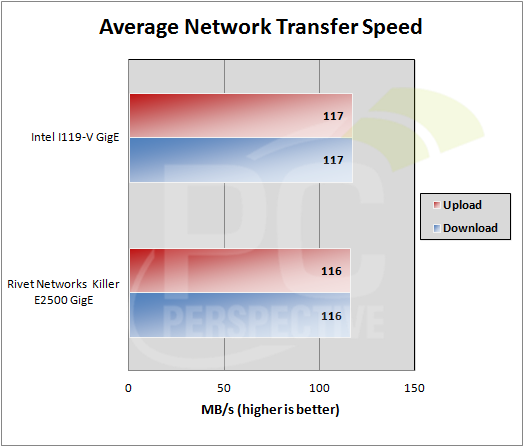 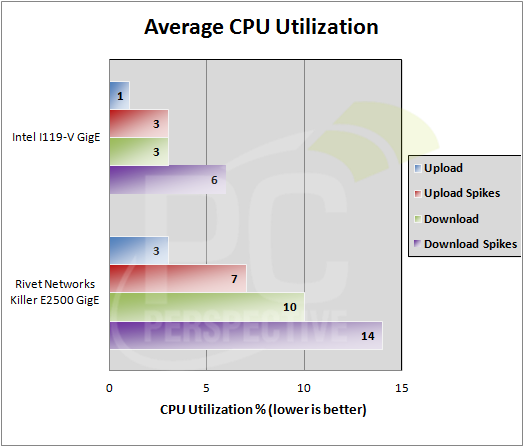