To begin, we need to open the VT01 enclosure, and this is done by removing the four rubber feet on the base.

With the feet (and a pair of additional screws) removed the case simply slides apart. 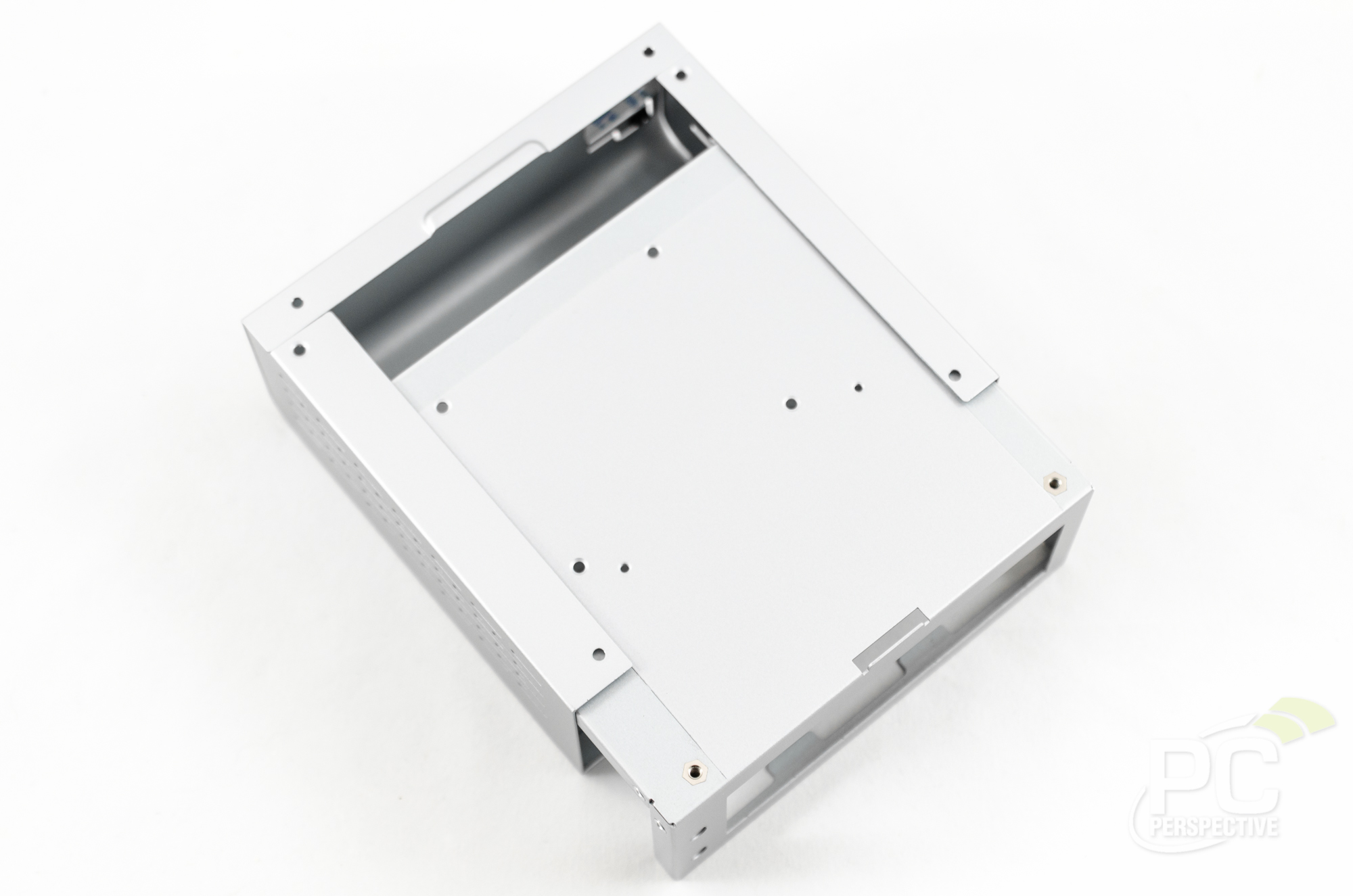 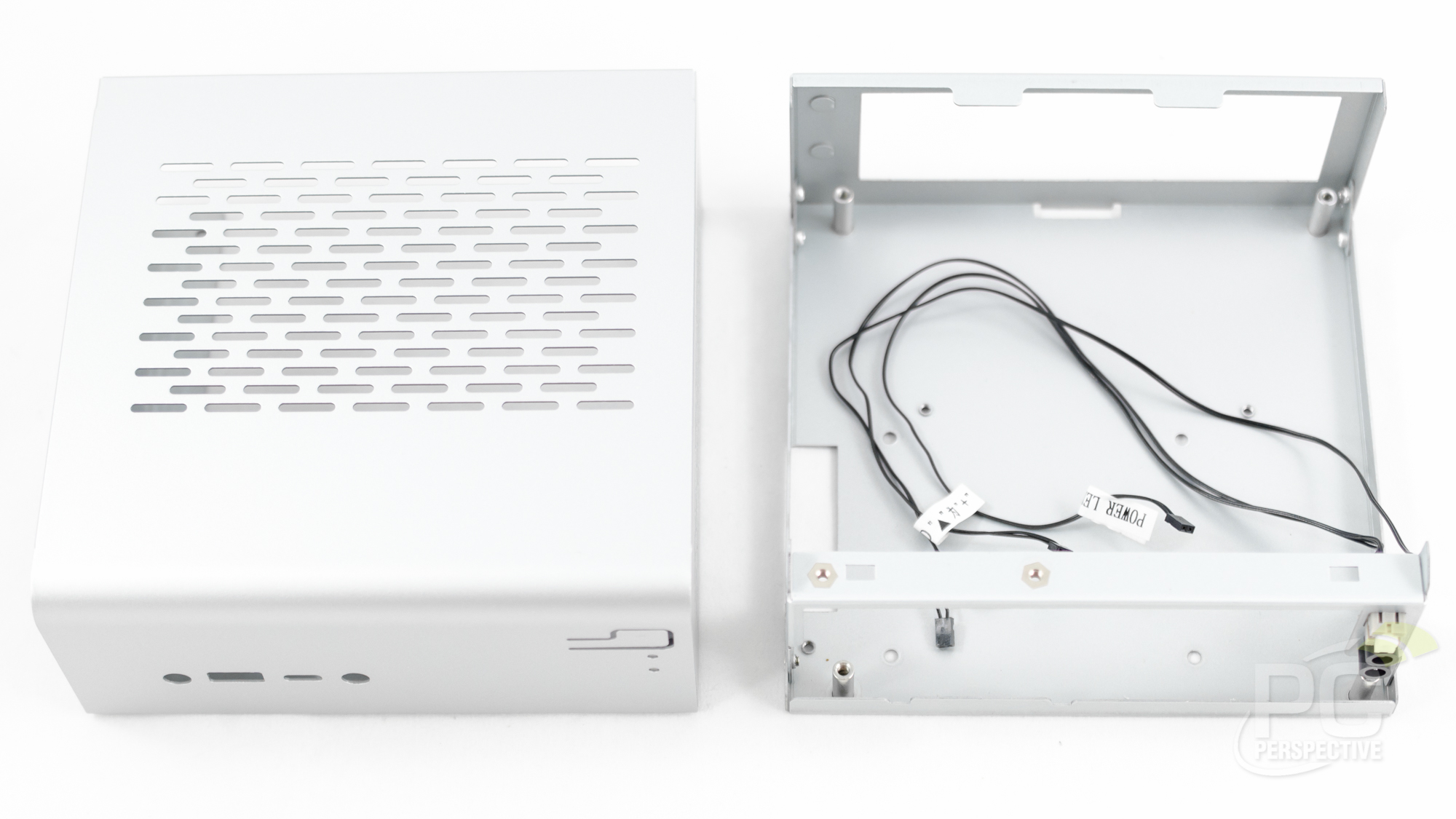 I'll pause briefly here to talk about the support bar at the front of the case's lower panel, and this will need to be removed (with a pair of screws on each side) to allow for easy component installation. 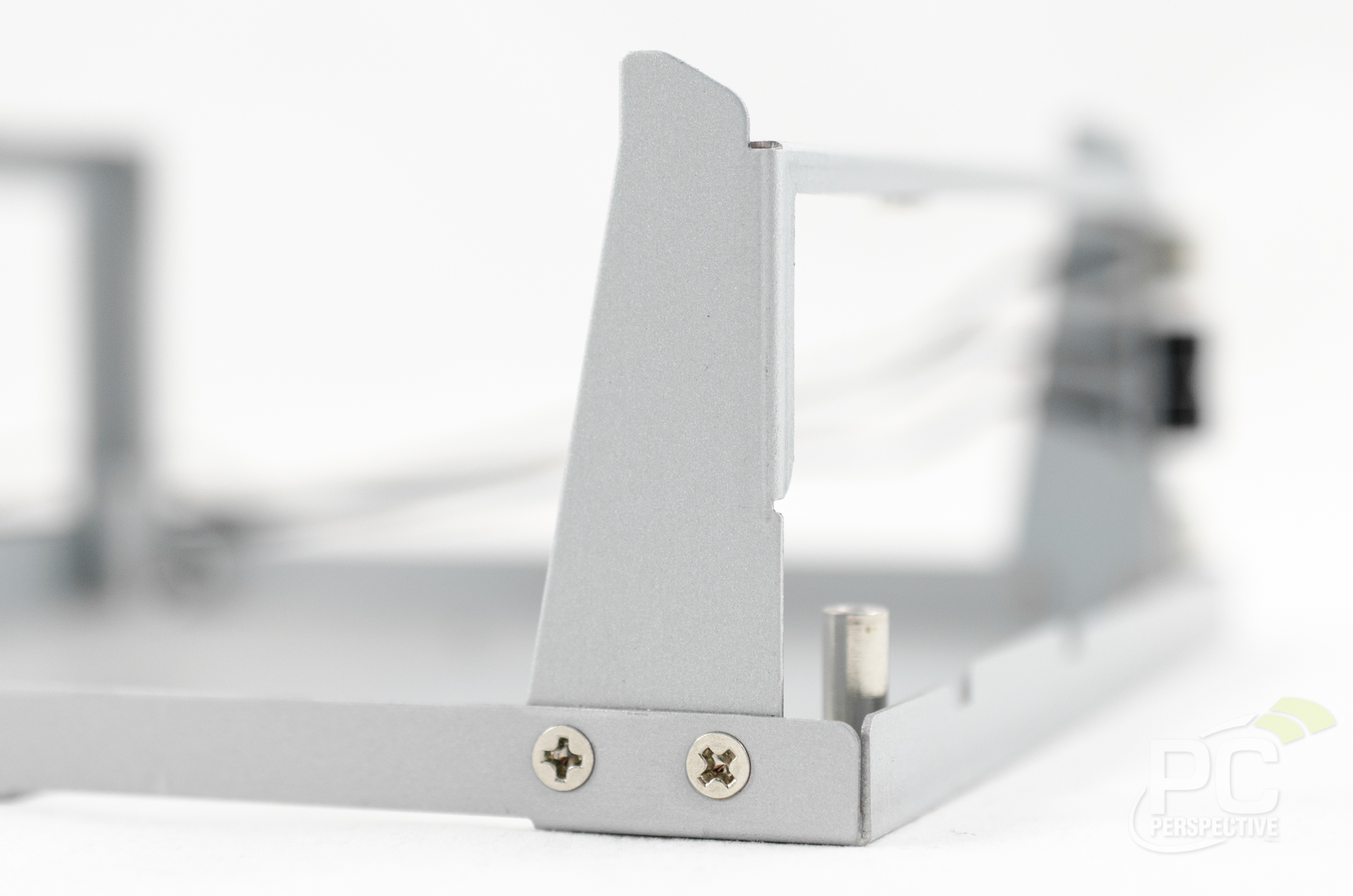 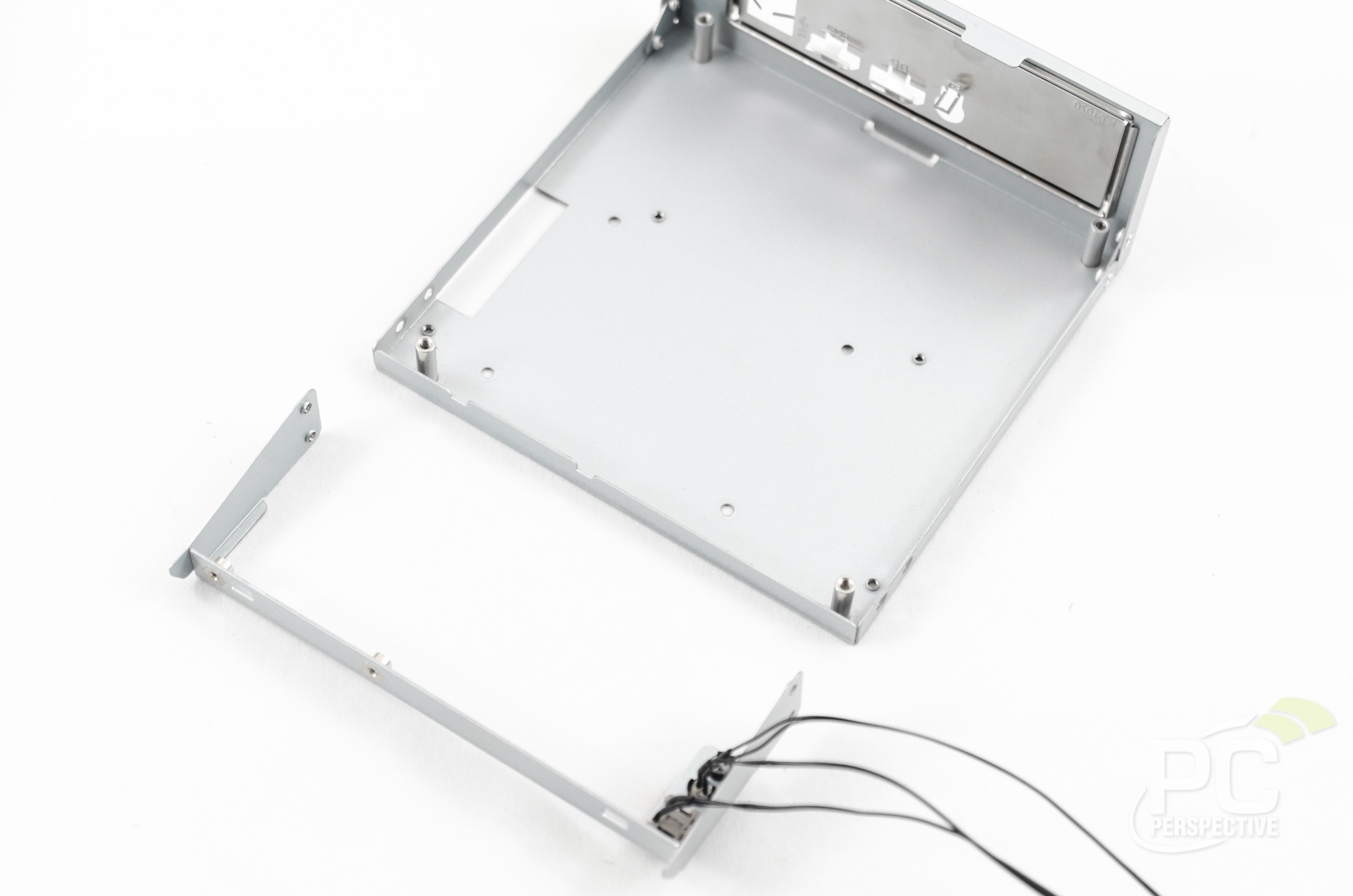 If you are going to use a SATA drive, that will need to be installed first, and this simply screws into the bottom of the case. The standoffs on the case floor keep the motherboard clear of your drive. 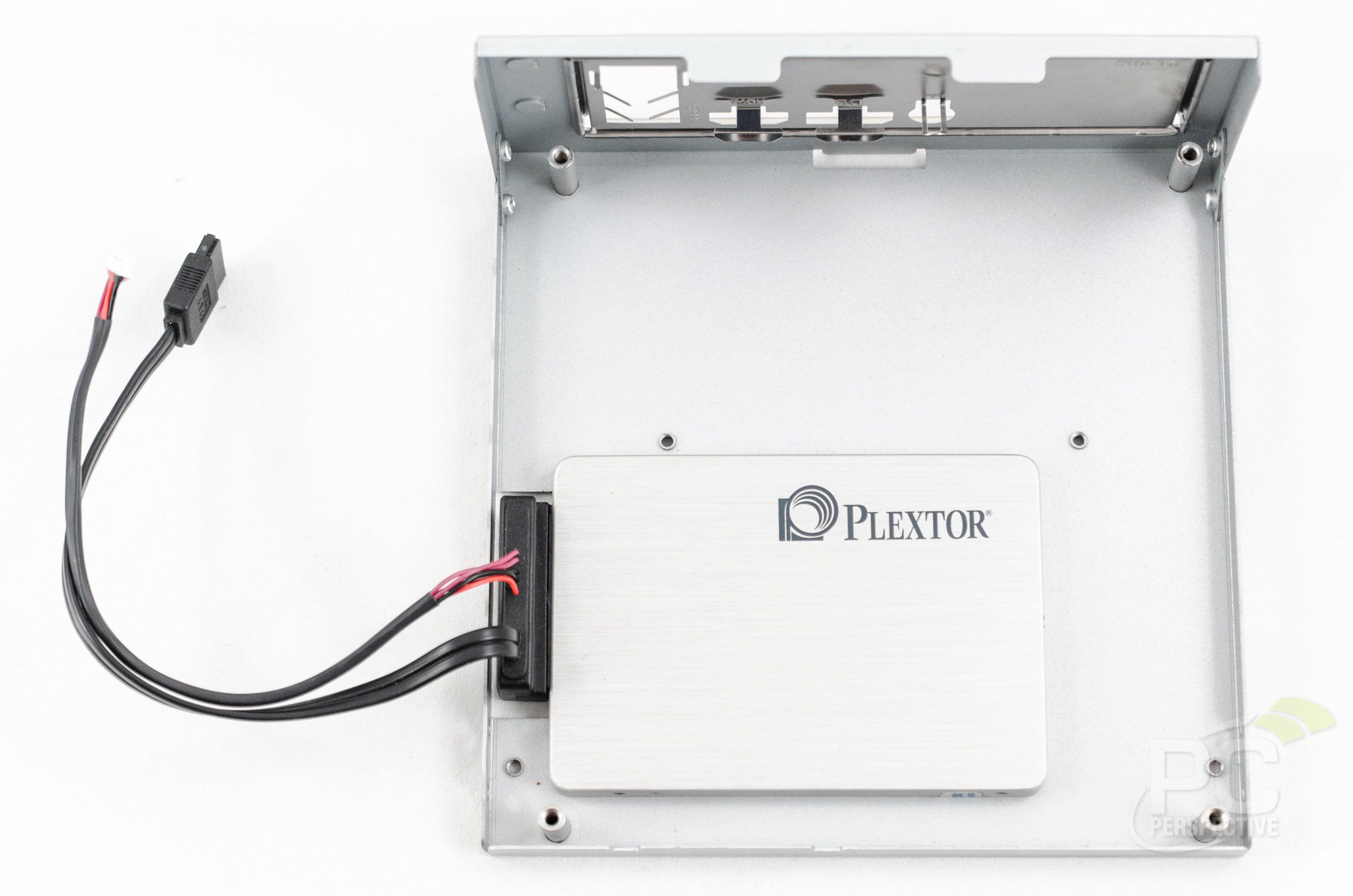 The cutout on the bottom of the case prevents stress on the drive's SATA connection. 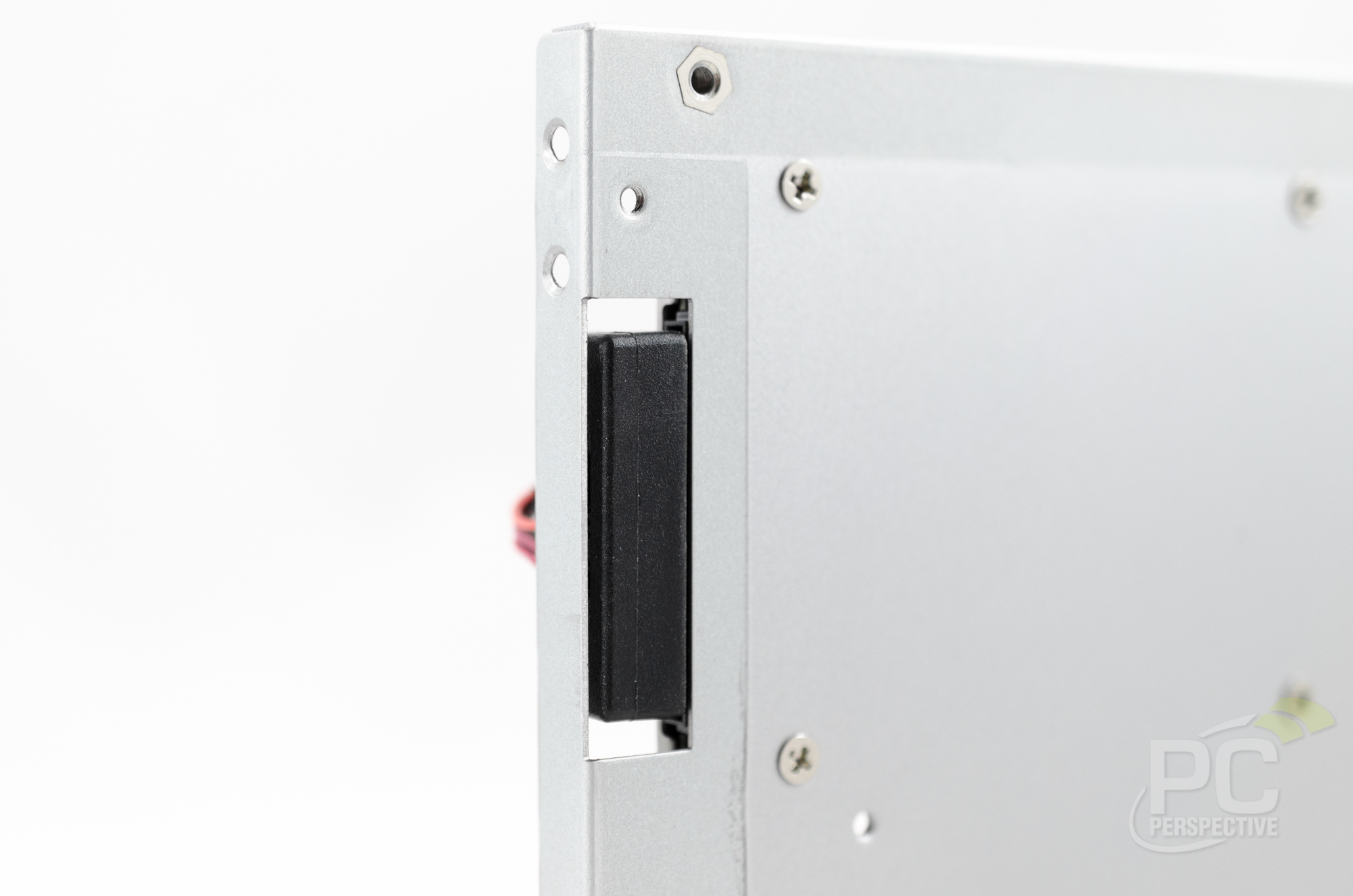 This cooler is very easy to mount, with four threaded pins on the heat sink that screw down into an included plastic backplate. 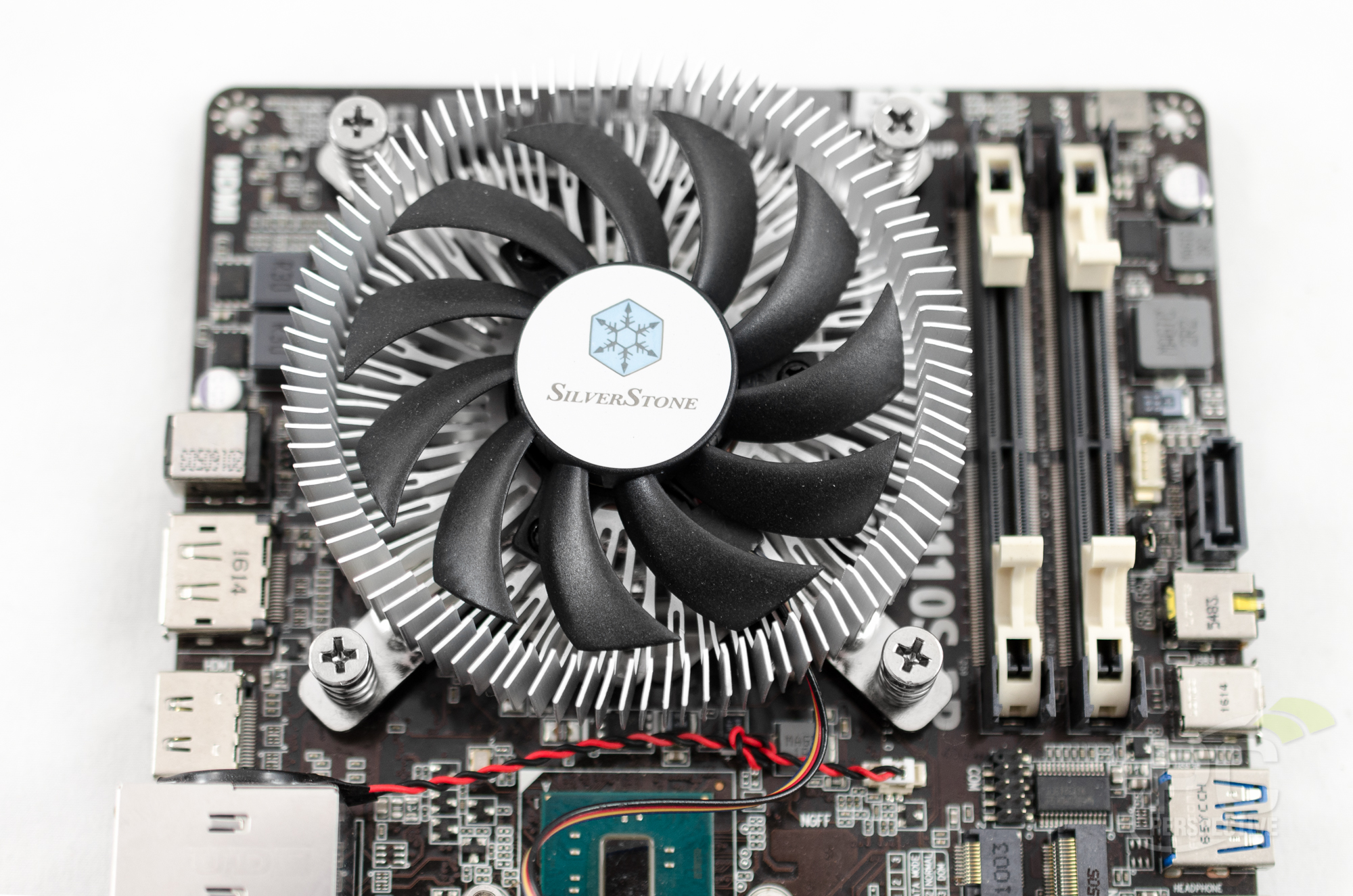 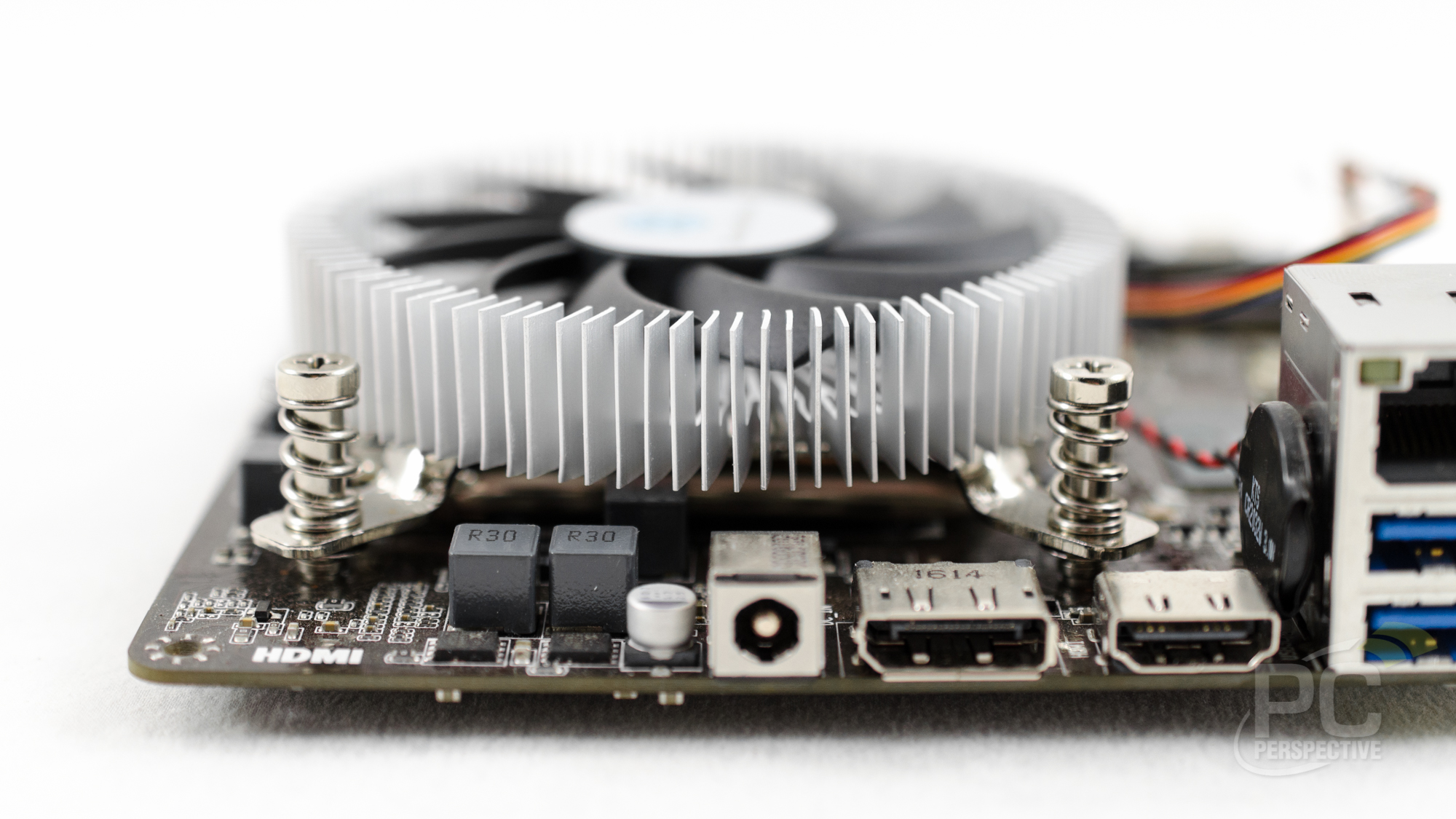 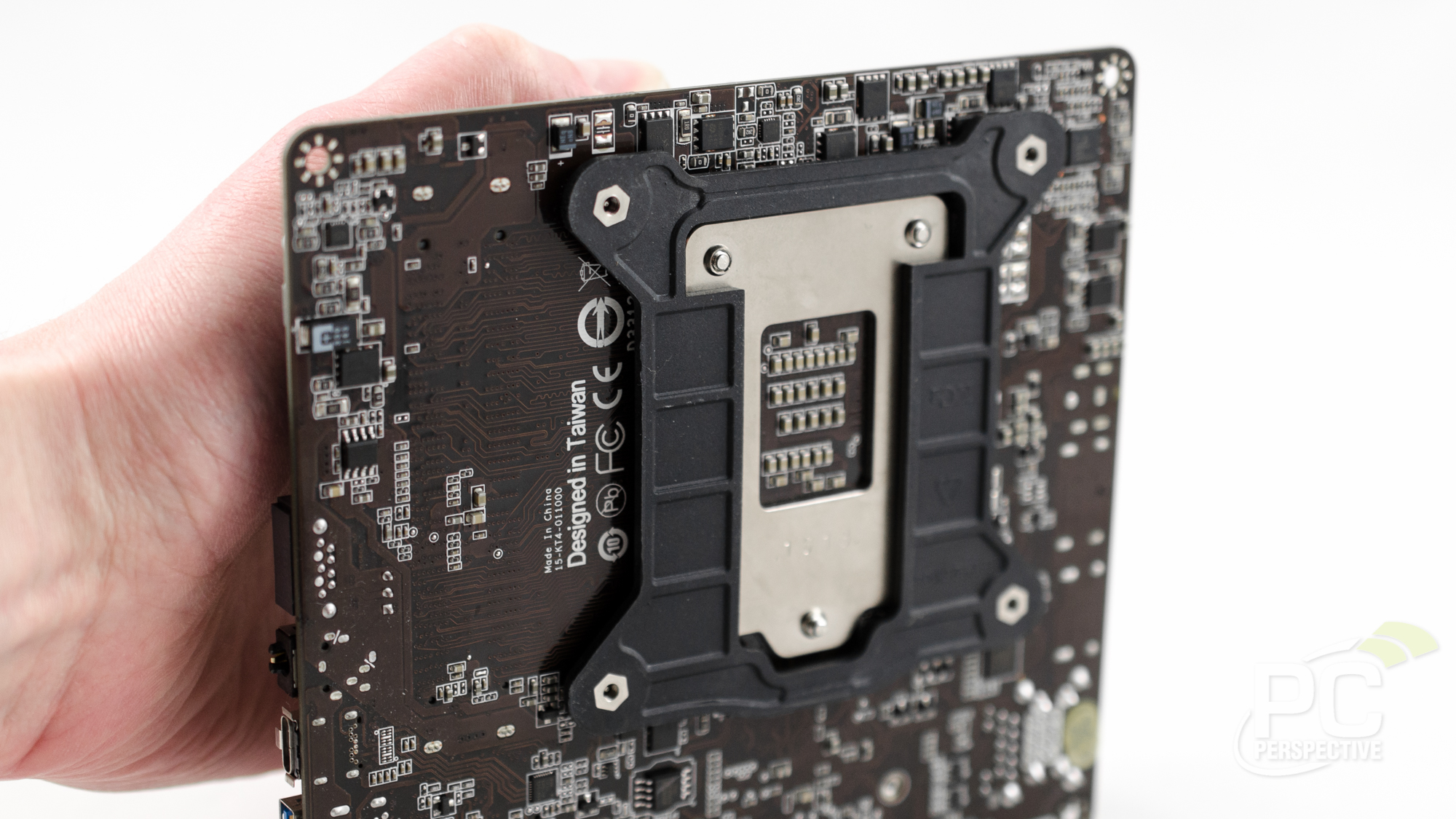 Next up is the memory installation, which is rather novel as the SO-DIMMs are installed upright like desktop memory on a mini-STX motherboard. 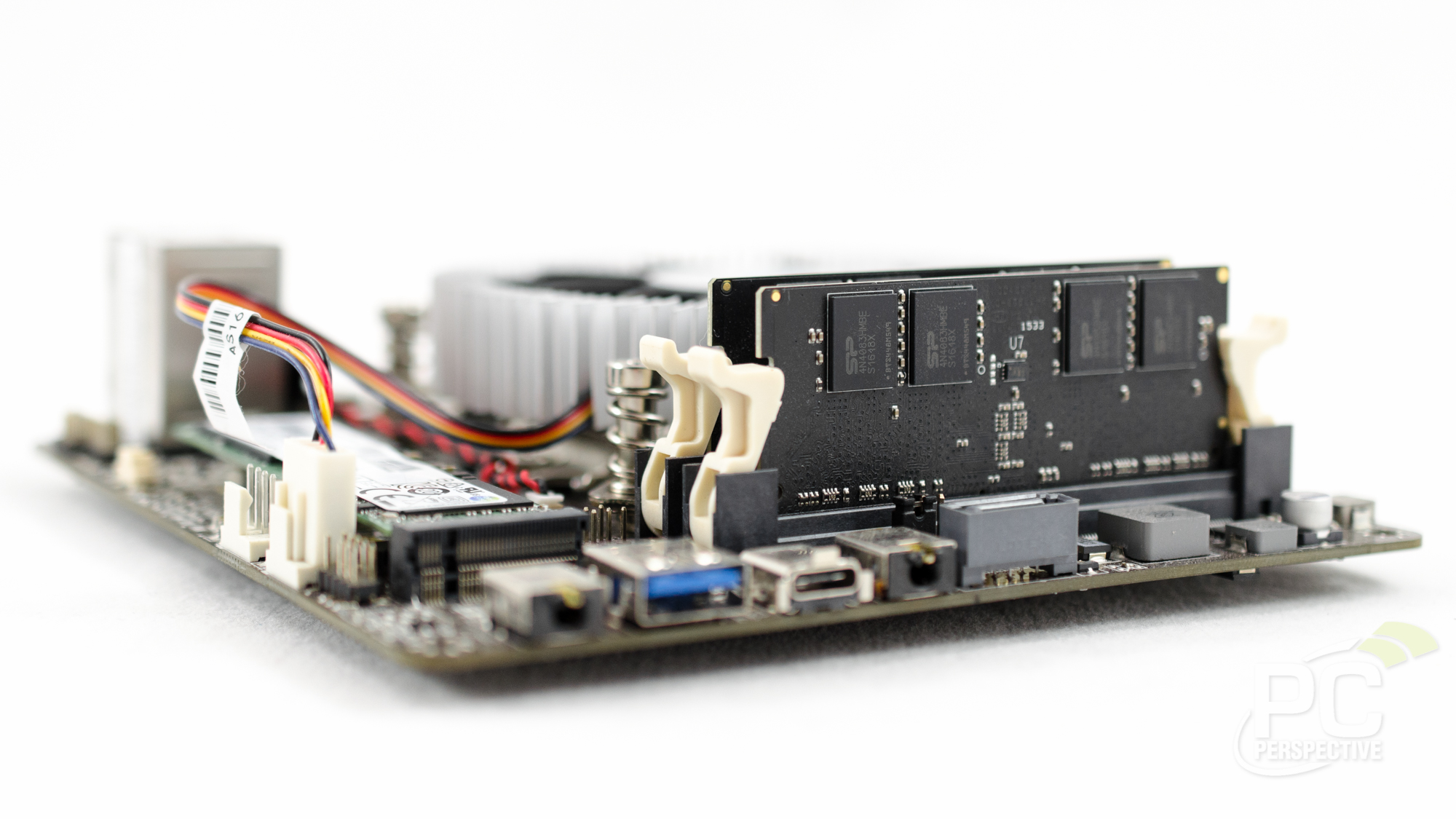 I added an M.2 drive for the OS install, and the ECS H110S-2P offers support for PCIe SSDs such as my Samsung SM961 NVMe drive, though it is limited to PCIe Gen 2. 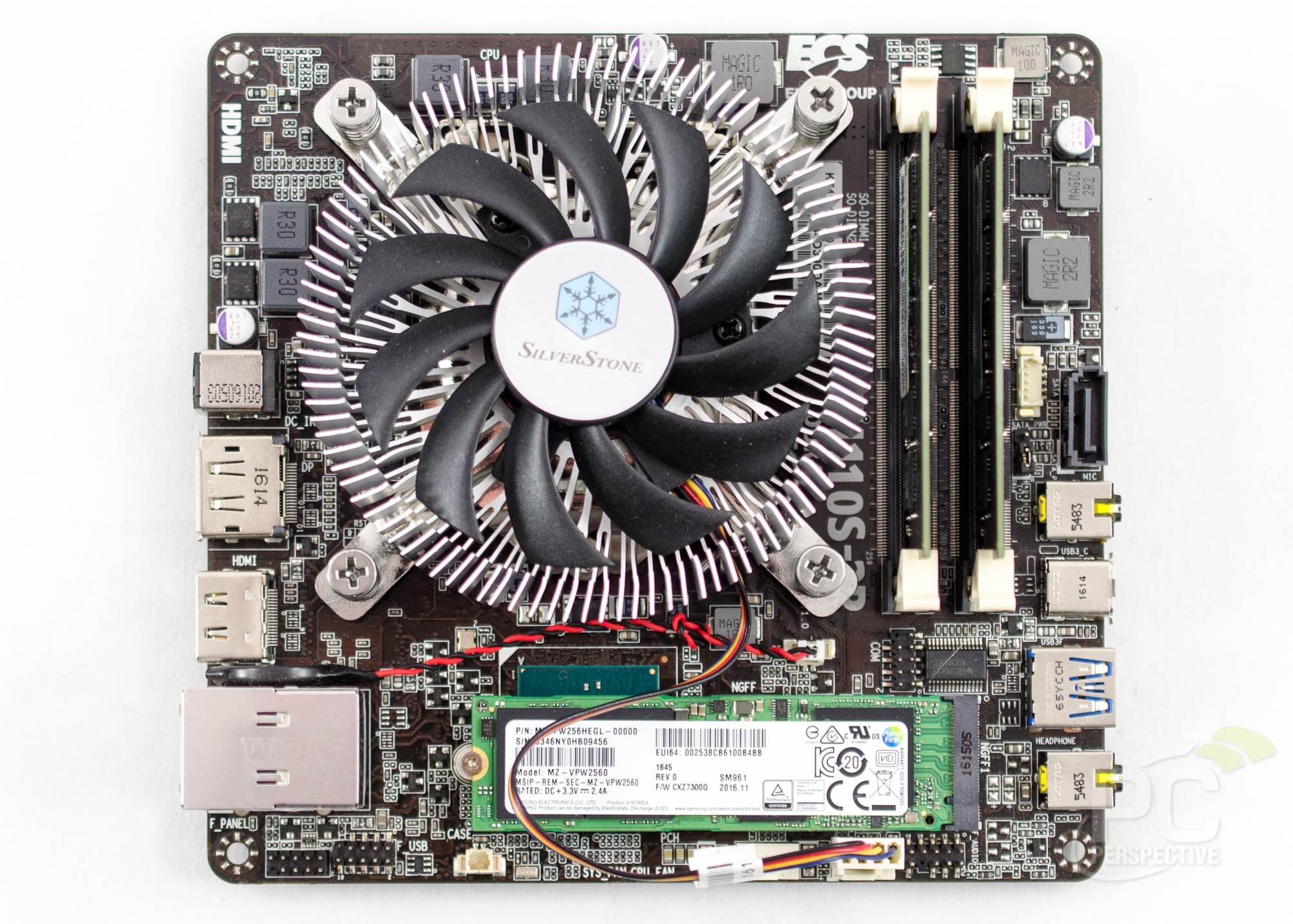 Just below the memory is the SATA port, and there is also a small power connector to power the 2.5-inch hard drive or SSD with the included cable.

The final step was my least favorite part, as I was able to experience attaching case leads to the smallest front panel jumpers I've ever encountered. 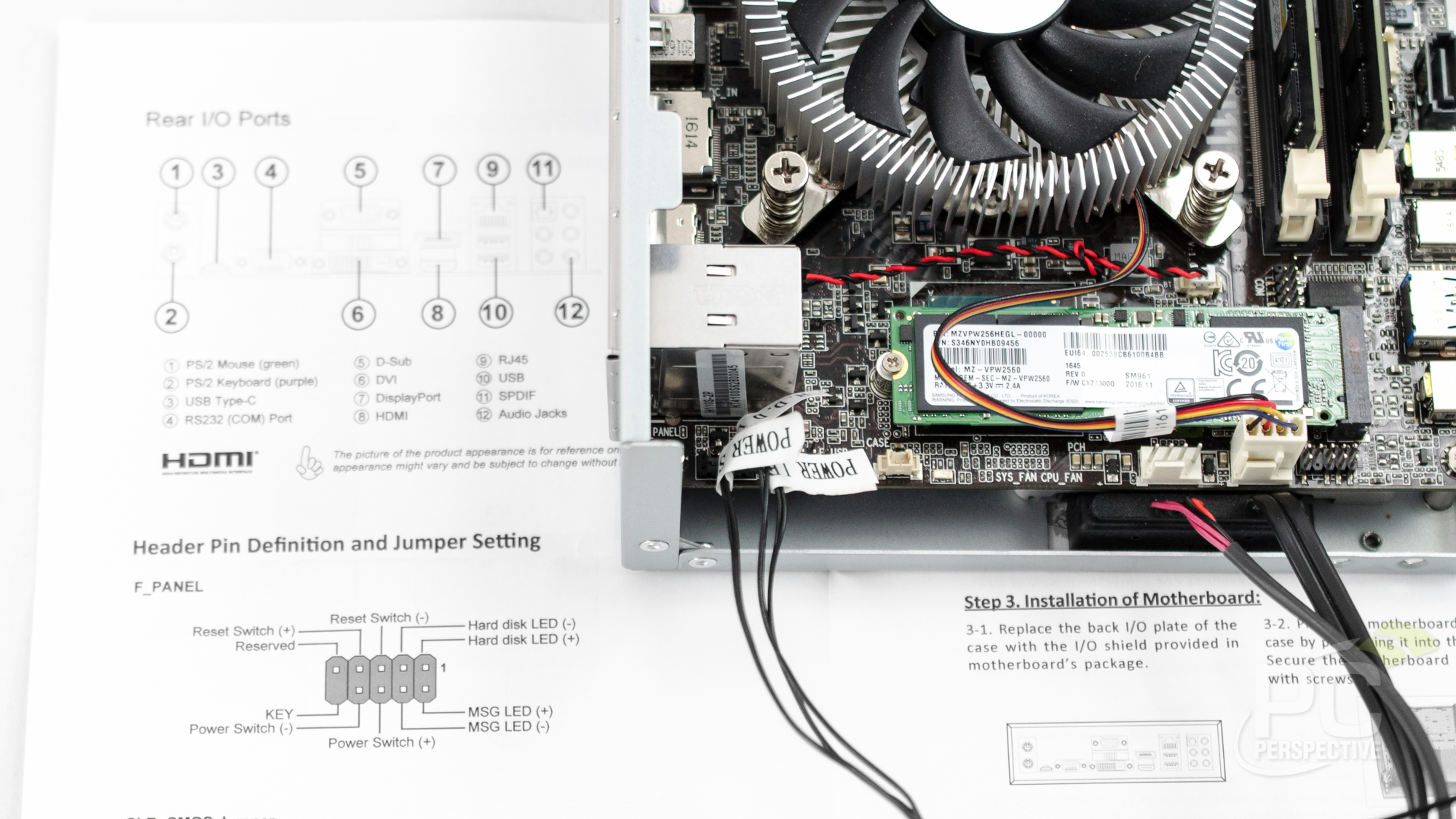 Use the manual! There are no markings on the board's front panel connectors. 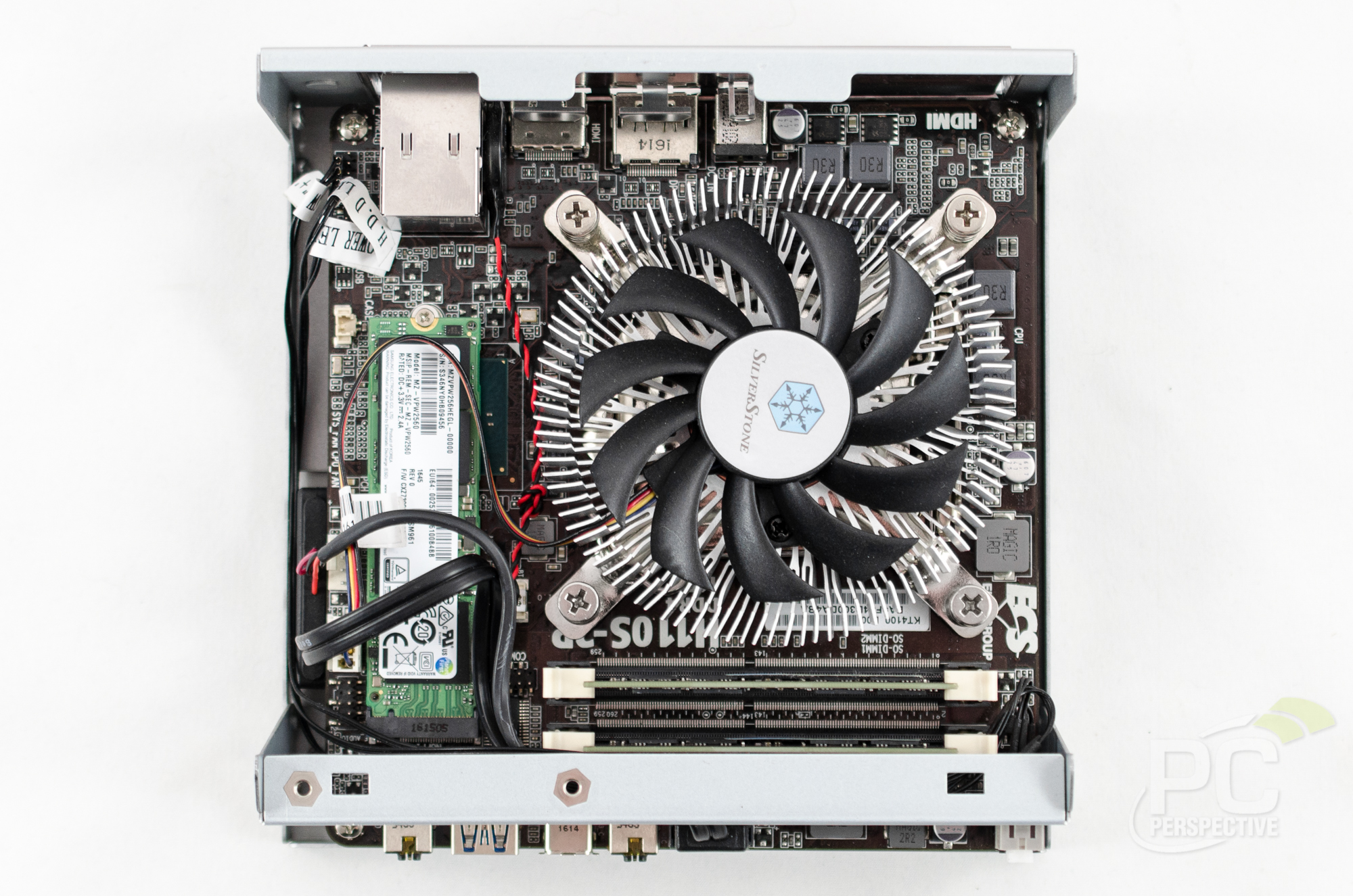 With everything in place and connected, the completed build is pretty tightly packed, but there is still plenty of space around the CPU. The most crowded area is up front, where the support bar (once it is replaced after board installation) just clears the memory. 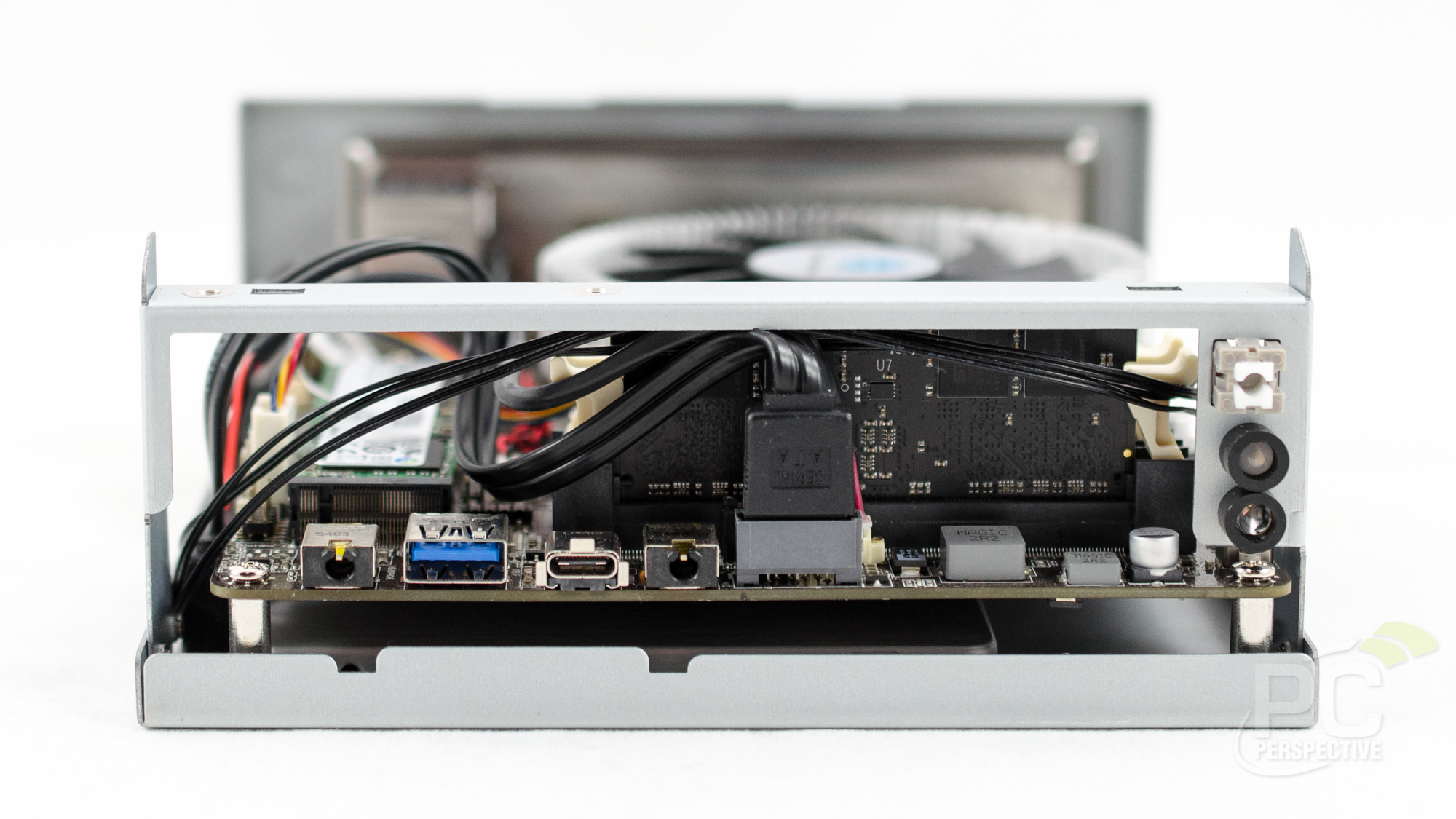 A look from the sides shows that there is still some vertical room to spare, and a slightly larger CPU cooler could be used (the SilverStone NT07-115X used here is just 23 mm tall). However, a cooler such as the popular Noctua NH-L9i would not fit, as this 37 mm tall model exceeds the 34 mm height restriction. 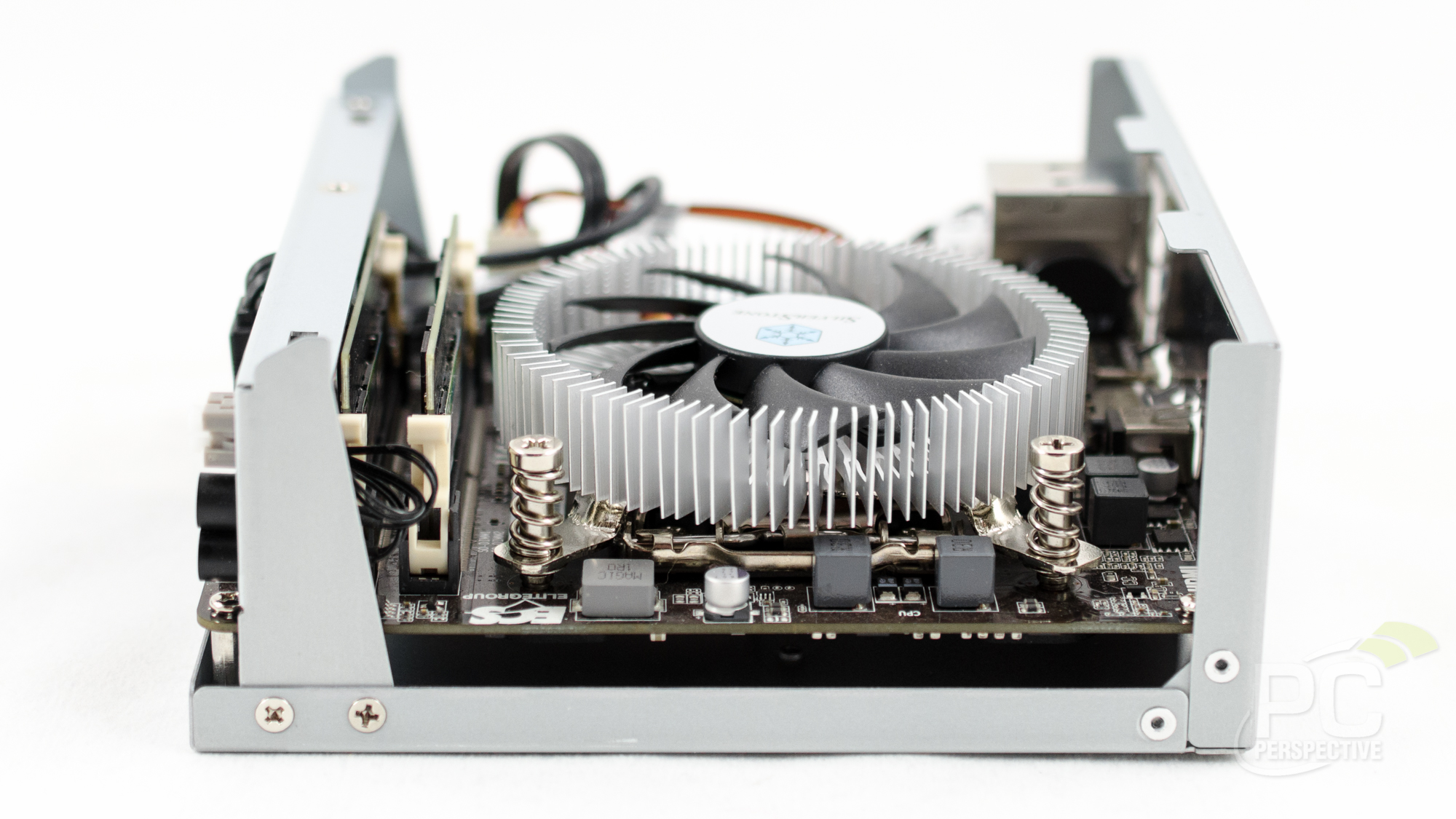 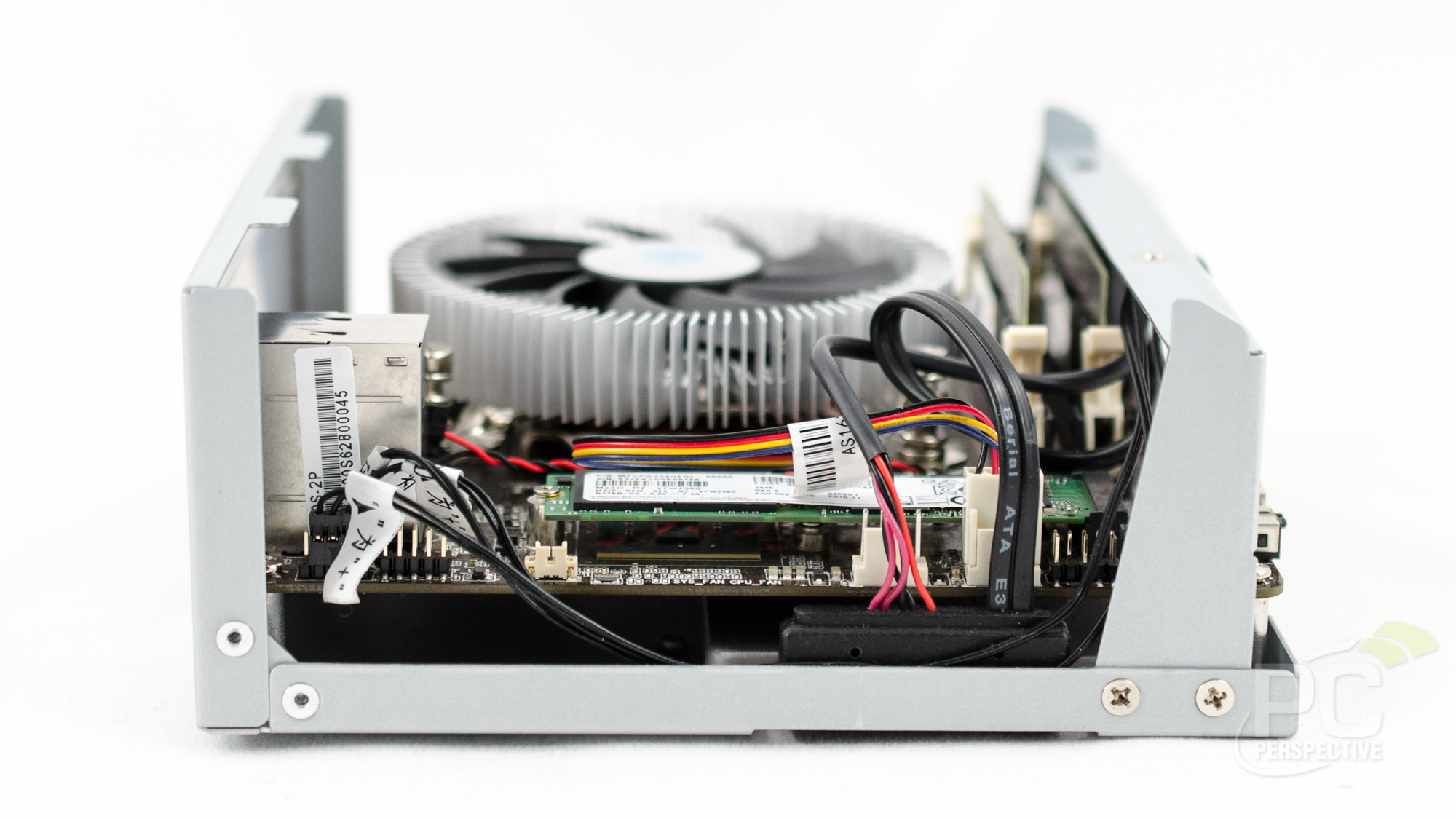 With the system assembled it was time to test it out! 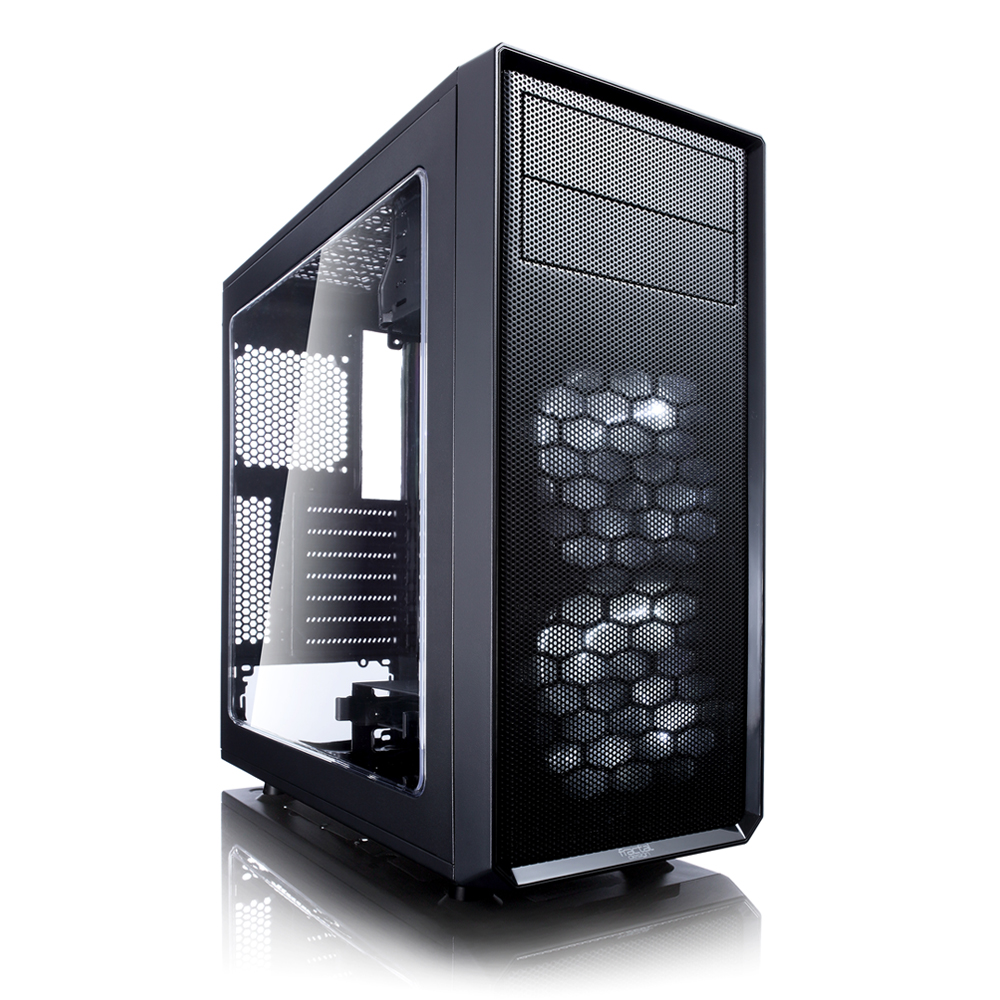