NVIDIA refreshes the Quadro line with new Pascal offerings including a P100 based part with HBM2.

At the start of the SOLIDWORKS World conference this week, NVIDIA took the cover off of a handful of new Quadro cards targeting professional graphics workloads. Though the bulk of NVIDIA’s discussion covered lower cost options like the Quadro P4000, P2000, and below, the most interesting product sits at the high end, the Quadro GP100.

As you might guess from the name alone, the Quadro GP100 is based on the GP100 GPU, the same silicon used on the Tesla P100 announced back in April of 2016. At the time, the GP100 GPU was specifically billed as an HPC accelerator for servers. It had a unique form factor with a passive cooler that required additional chassis fans. Just a couple of months later, a PCIe version of the GP100 was released under the Tesla GP100 brand with the same specifications. 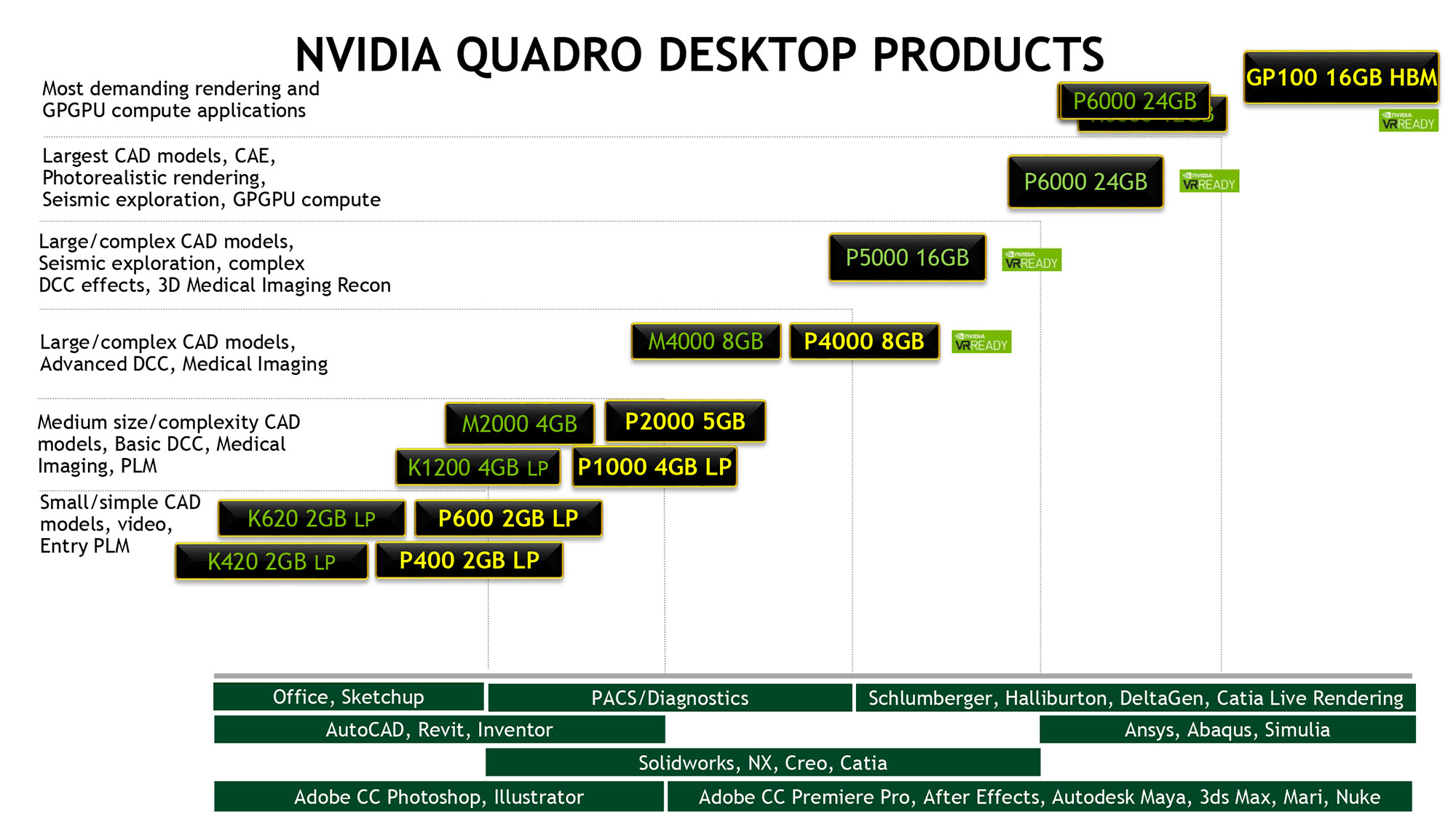 Today that GPU hardware gets a third iteration as the Quadro GP100. Let’s take a look at the Quadro GP100 specifications and how it compares to some recent Quadro offerings.

There are some interesting stats here that may not be obvious at first glance. Most interesting is that despite the pricing and segmentation, the GP100 is not the de facto fastest Quadro card from NVIDIA depending on your workload. With 3584 CUDA cores running at somewhere around 1400 MHz at Boost speeds, the single precision (32-bit) rating for GP100 is 10.3 TFLOPS, less than the recently released P6000 card. Based on GP102, the P6000 has 3840 CUDA cores running at something around 1500 MHz for a total of 12 TFLOPS. 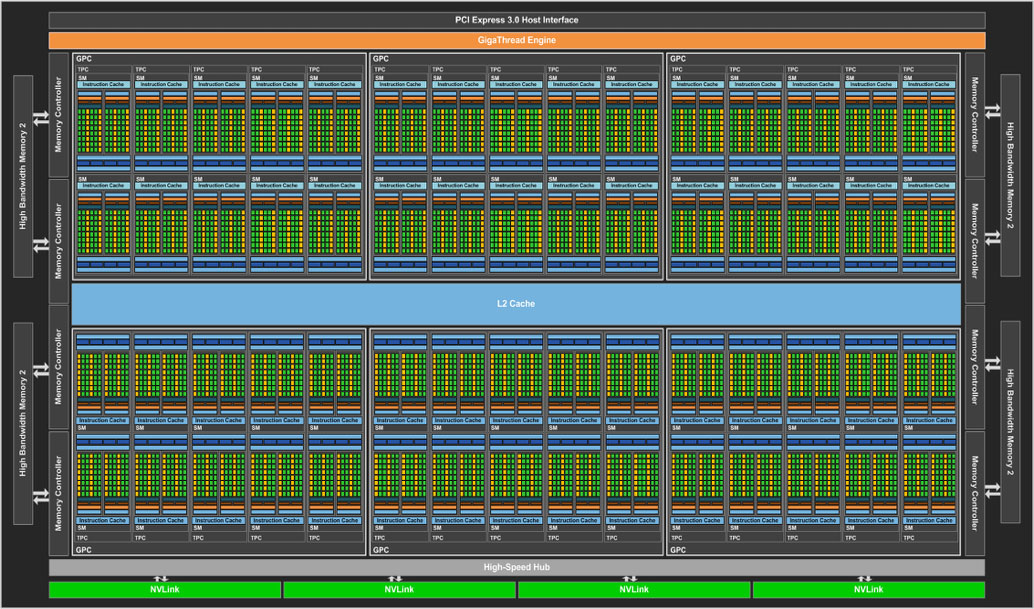 Clearly the placement for Quadro GP100 is based around its 64-bit, double precision performance, and its ability to offer real-time simulations on more complex workloads than other Pascal-based Quadro cards can offer. The Quadro GP100 offers 1/2 DP compute rate, totaling 5.2 TFLOPS. The P6000 on the other hand is only capable of 0.375 TLOPS with the standard, consumer level 1/32 DP rate. Inclusion of ECC memory support on GP100 is also something no other recent Quadro card has. 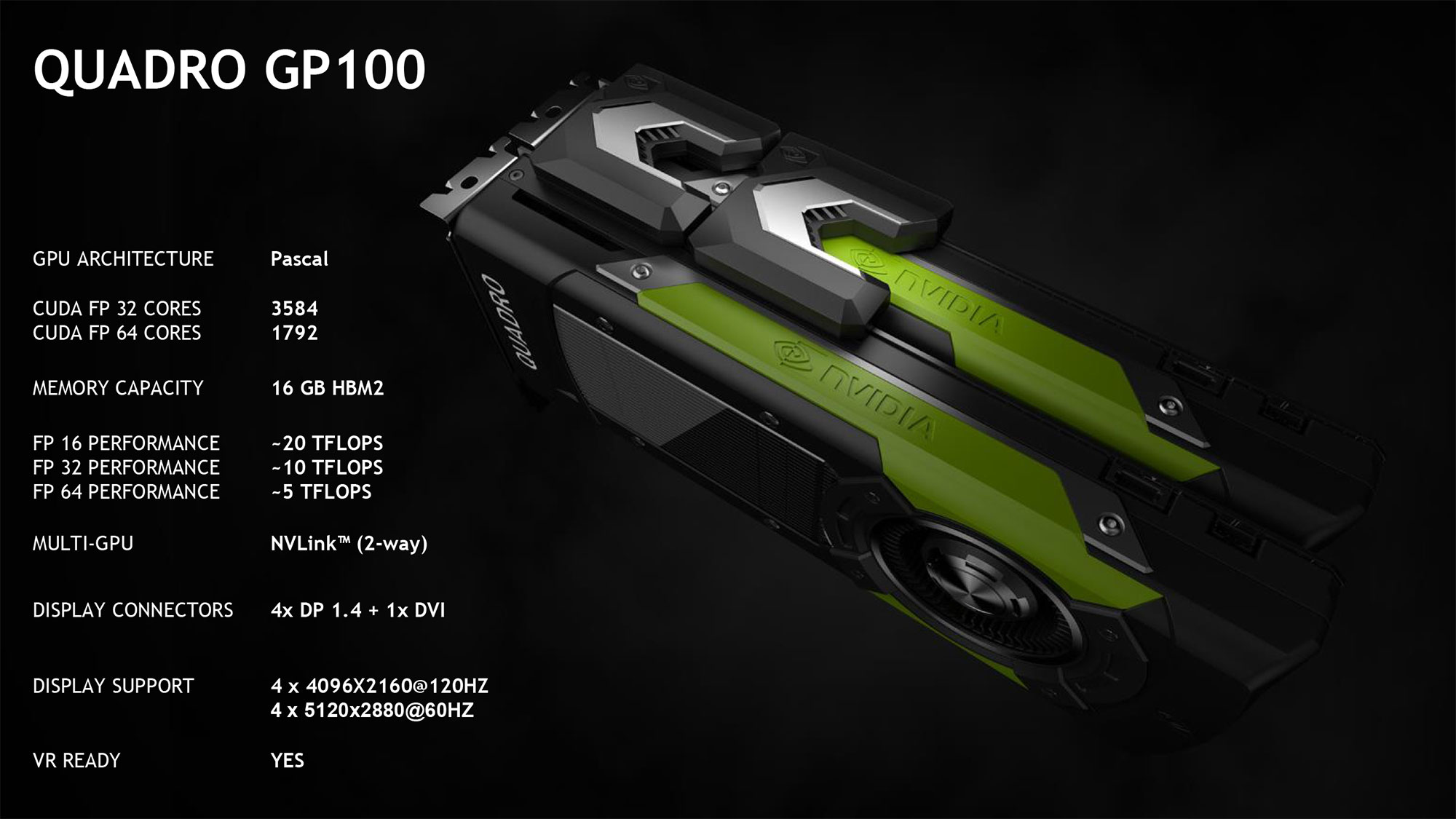 Raw graphics performance and throughput is going to be questionable until someone does some testing, but it seems likely that the Quadro P6000 will still be the best solution for that by at least a slim margin. With a higher CUDA core count, higher clock speeds and equivalent architecture, the P6000 should run games, graphics rendering and design applications very well.

There are other important differences offered by the GP100. The memory system is built around a 16GB HBM2 implementation which means more total memory bandwidth but at a lower capacity than the 24GB Quadro P6000. Offering 66% more memory bandwidth does mean that the GP100 offers applications that are pixel throughput bound an advantage, as long as the compute capability keeps up on the backend. 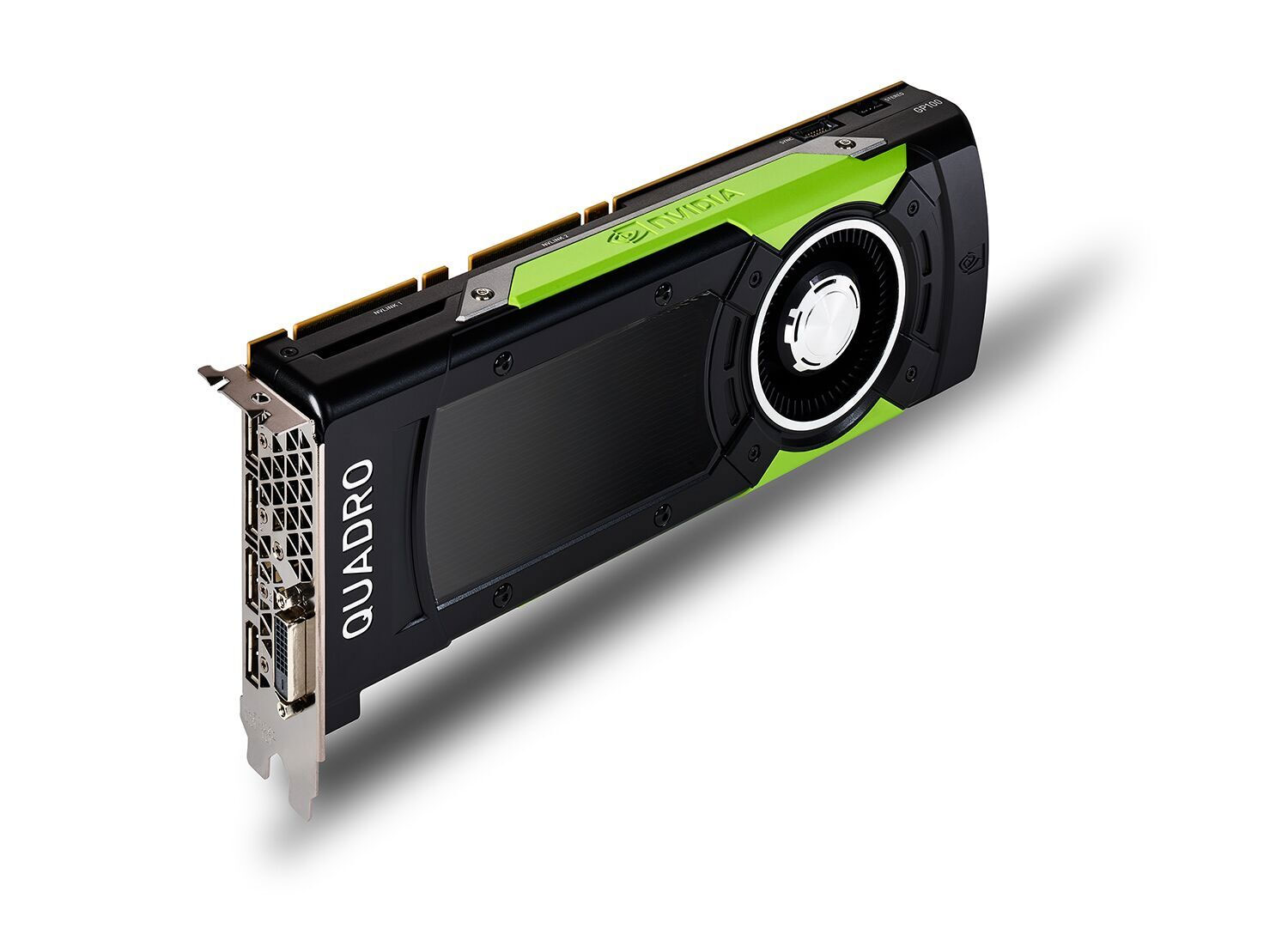 This also marks the first time we have seen NVLink implemented at an add-in card level, leaving the possibility for the technology to be used for multi-GPU configurations for consumers in 2017. It integrates much like an SLI connection on the Quadro GP100.

Pricing hasn’t been disclosed as NVIDIA only says that its partners and system integrators will be offering up options starting in March. The Quadro P6000 sells for $4500 on Amazon today, so I expect the GP100 to be above that, likely in the $8000-10k range. It is interesting to see NVIDIA’s strategy with GP100 and the P100 GPU pan out. With nearly a year on the market already in the form of HPC-class Tesla products, my guess is that NVIDIA was waiting for that high-margin, high-dollar market to saturate out some before offering the same performance on a lower priced, more easily accessible product like the Quadro GP100. This means that any wafer capacity still rolling through a 16nm fab facility can be utilized, even if it happens to be at a lower ASP. Will this product ever be priced at a point that makes sense for consumers and the GeForce product line? I doubt it; if we see any other Pascal-based GeForce product (non-Titan) it will be from the GP102 lot, a P6000/Titan X (Pascal) priced down to take on AMD’s upcoming Vega GPU.

Along with the flagship and highly interesting Quadro GP100, NVIDIA announced a line of Quadro cards from the P4000 to the P400, with varying levels of performance, memory capacity and features. 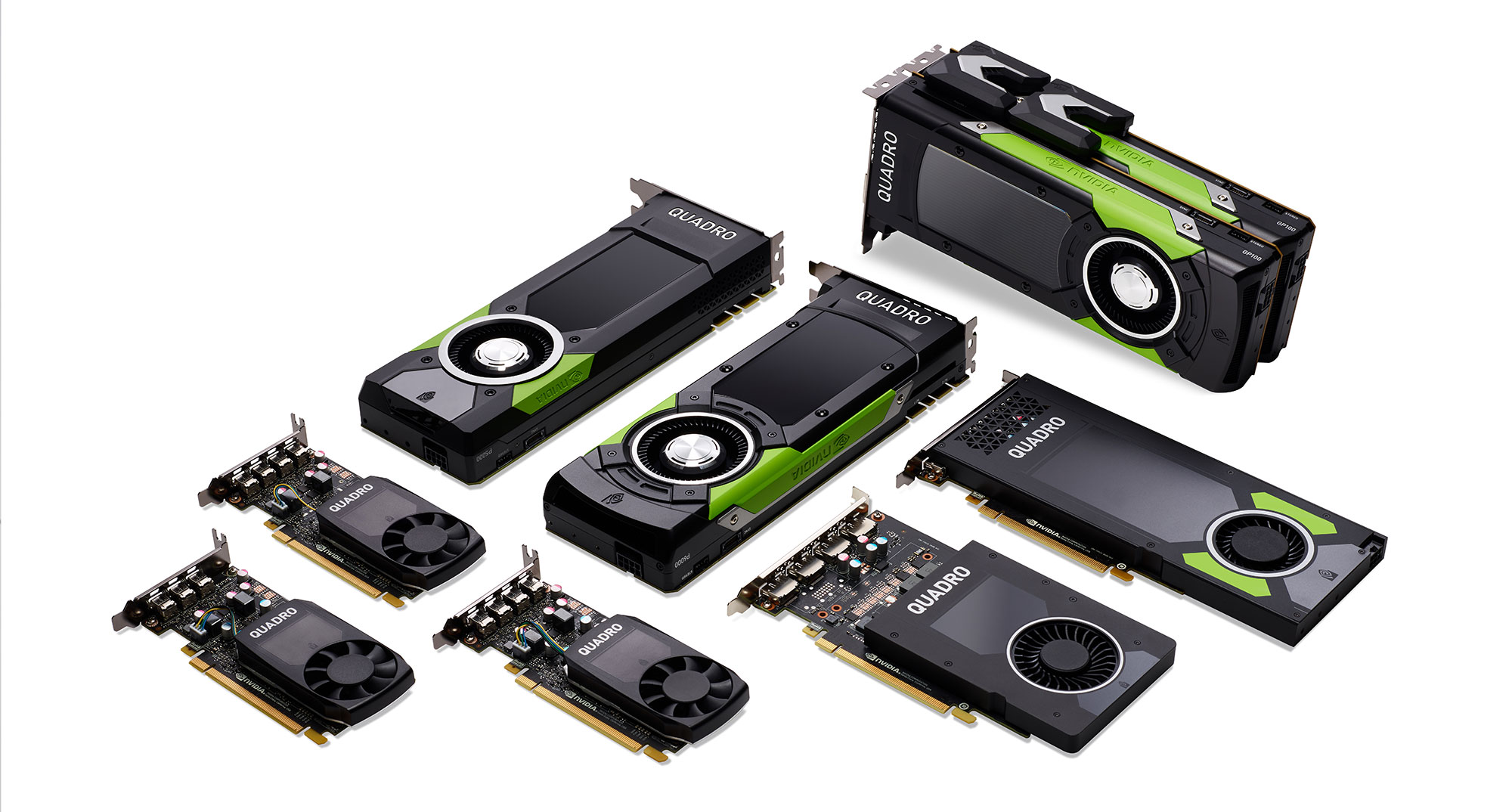 All of these cards are single slot designs, with off-the-shelf GPUs that we have seen before. They replace Kepler and Maxwell cards that currently sit at these price points in the Quadro stack, but with relative performance increases ranging from 1.3x to 2.0x. 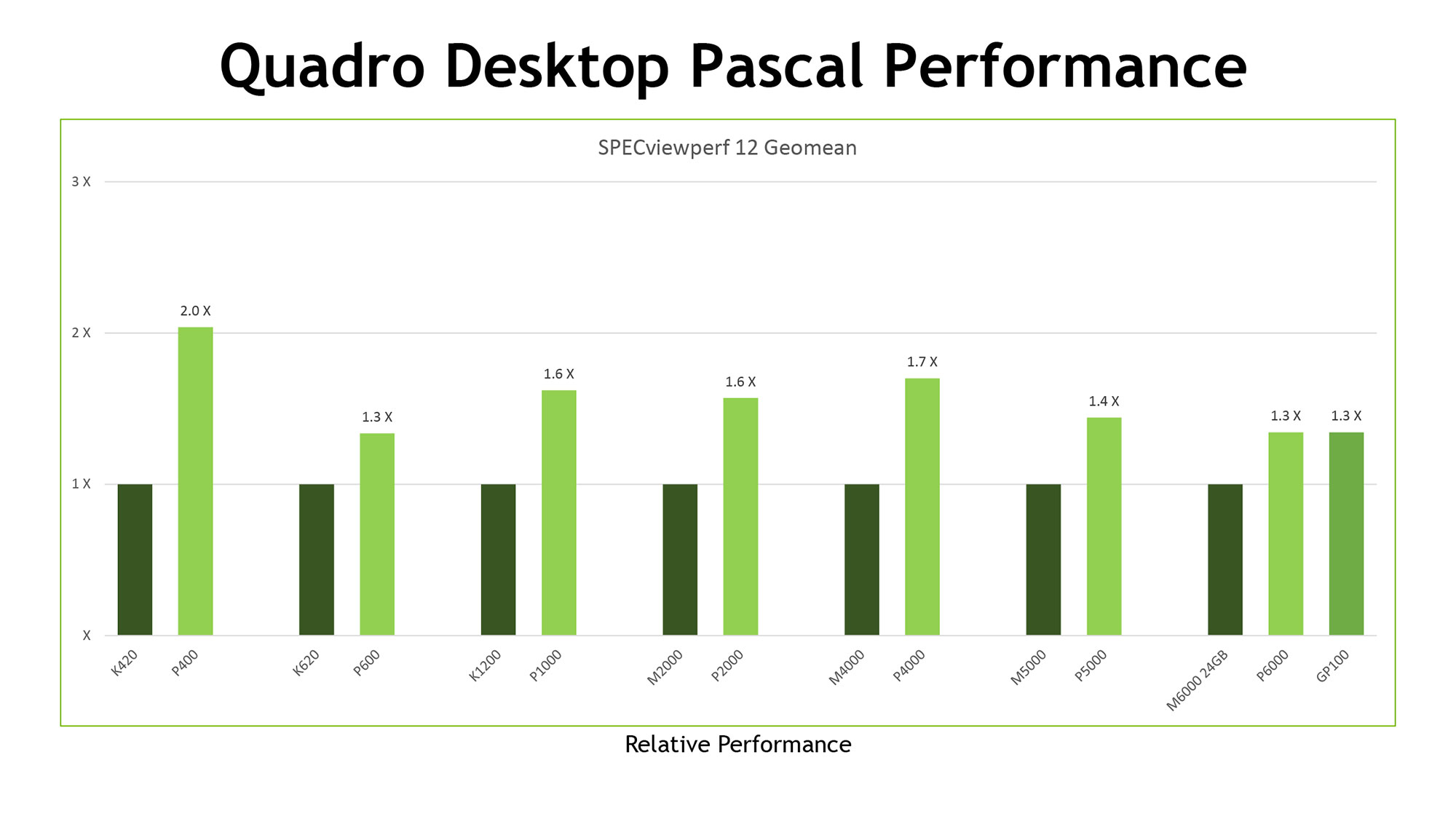 I will be taking a closer look at many of these P-series Quadro cards in the upcoming weeks, so check back for full reviews. 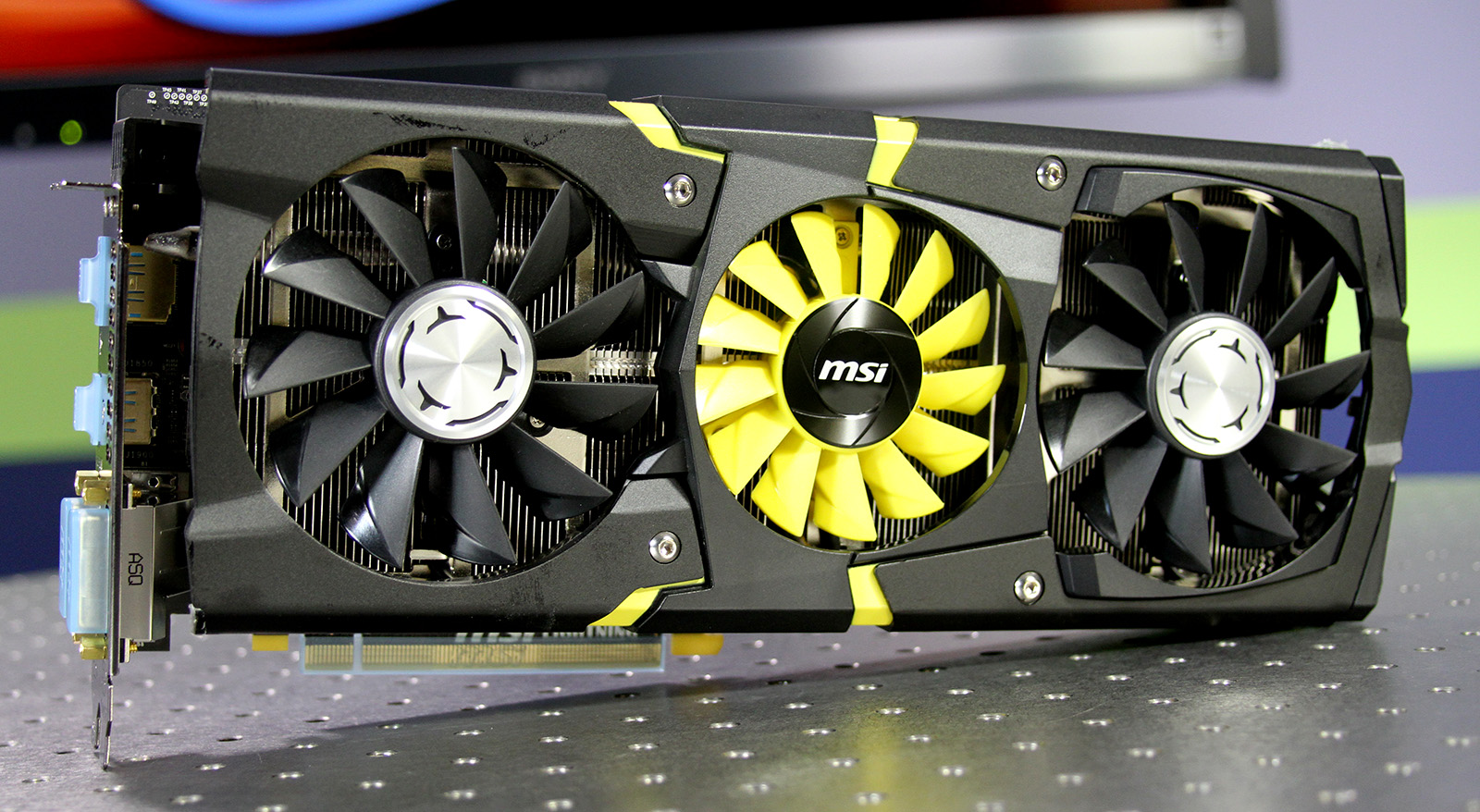