Apple’s WebKit team has just announced their proposal for WebGPU, which competes with WebGL to provide graphics and GPU compute to websites. Being from Apple, it is based on the Metal API, so it has a lot of potential, especially as a Web graphics API.

Okay, so I have mixed feelings about this announcement.

First, and most concerning, is that Apple has attempted to legally block open standards in the past. For instance, when The Khronos Group created WebCL based on OpenCL, which Apple owns the trademark and several patents to, Apple shut the door on extending their licensing agreement to the new standard. If the W3C considers Apple’s proposal, they should be really careful about what legal control they allow Apple to retain.

From a functionality standpoint, this is very interesting, though. With the aforementioned death of WebCL, as well as the sluggish progress of WebGL Compute Shaders, there’s a lot of room to use one (or more) GPUs in a system for high-end compute tasks. Even if you are not interested in gaming on a web browser, although many people are, especially if you count the market that Adobe Flash dominated for the last ten years, you might want to GPU-accelerate photo and video tasks. Having an API that allows for this would be very helpful going forward, although, as stated, others are working on it, like The Khronos Group with WebGL compute shaders. On the other-other hand, an API that allows explicit multi-GPU would be even more interesting.

Further, it sounds like they’re even intending to ingest byte-code, like what DirectX 12 and Vulkan are doing with DXIL and SPIR-V, respectively, but it currently accepts shader code as a string and compiles it in the driver. This is interesting from a security standpoint, because it obfuscates what GPU-executed code consists of, but that’s up to the graphics and browser vendors to figure out… for now.

So when will we see it? No idea! There’s an experimental WebKit patch, which requires the Metal API, and an API proposal… a couple blog posts… a tweet or two… and that’s about it.

You got your GPU in my CPU … 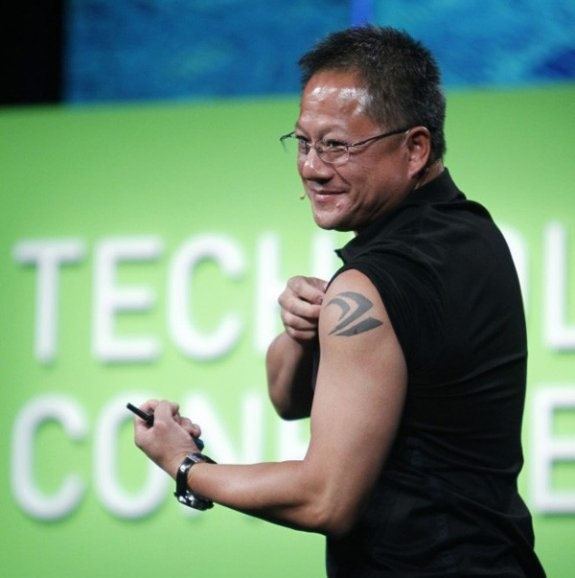 The green team is rolling in greenbacks