An easy solution to the hotter than the sun Kaby Lake? Sure, and you keep the heat spreader intact this time…

With the introduction of the Intel Kaby Lake processors and Intel Z270 chipset, unprecedented overclocking became the norm. The new processors easily hit a core speed of 5.0GHz with little more than CPU core voltage tweaking. This overclocking performance increase came with a price tag. The Kaby Lake processor runs significantly hotter than previous generation processors, a seeming reversal in temperature trends from previous generation Intel CPUs. At stock settings, the individual cores in the CPU were recording in testing at hitting up to 65C – and that's with a high performance water loop cooling the processor. Per reports from various enthusiasts sites, Intel used inferior TIM (thermal interface material) in between the CPU die and underside of the CPU heat spreader, leading to increased temperatures when compared with previous CPU generations (in particular Skylake). This temperature increase did not affect overclocking much since the CPU will hit 5.0GHz speed easily, but does impact the means necessary to hit those performance levels.

Like with the previous generation Haswell CPUs, a few of the more adventurous enthusiasts used known methods in an attempt to address the heat concerns of the Kaby Lake processor be delidding the processor. Unlike in the initial days of the Haswell processor, the delidding process is much more stream-lined with the availability of delidding kits from several vendors. The delidding process still involves physically removing the heat spreader from the CPU, and exposing the CPU die. However, instead of cooling the die directly, the "safer" approach is to clean the die and underside of the heat spreader, apply new TIM (thermal interface material), and re-affix the heat spreader to the CPU. Going this route instead of direct-die cooling is considered safer because no additional or exotic support mechanisms are needed to keep the CPU cooler from crushing your precious die. However, calling it safe is a bit of an over-statement, you are physically separating the heat spreader from the CPU surface and voiding your CPU warranty at the same time. Although if that was a concern, you probably wouldn't be reading this article in the first place.

The vise method involves locking the CPU in place by the heat spreader in a bench vise and using a rubber mallet to forcibly remove the CPU PCB from the heat spreader. You basically place a wood block against the edge of the CPU PCB and lightly tap the wood block until you notice separation between the CPU PCB and the heat spreader. While this method seems much more prone to CPU destruction than the razor blade method, it is actually a much safer method and much less prone to pitfalls than the razor blade method. However, you do have to fix your processor's heat spreader in a vise. If you would like more details on this method, you can see our Haswell delidding article here.

While none of the methods can be considered 100% safe, using one of the commercially available delidding tools removes alot of the guess work and fudge factor inherent to the other methods. No matter which vendor's tool you choose to purchase, delidding the processor is as simple as placing the CPU into the device, locking it in place, and turning a screw which exerts sideways force to the heat spreader to pop it off. The mechanism securing the CPU ensures the the heat spreader does not travel too far once detached, minimizing the possibility of damage to the processor die or PCB top-mounted circuitry. 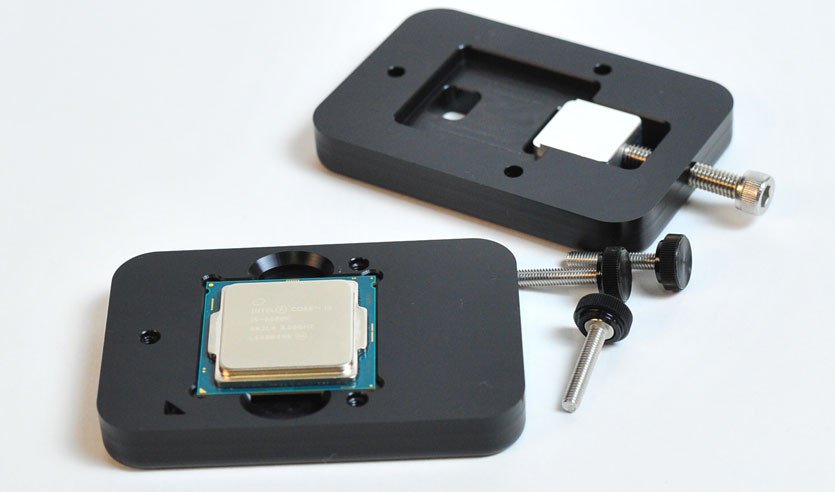 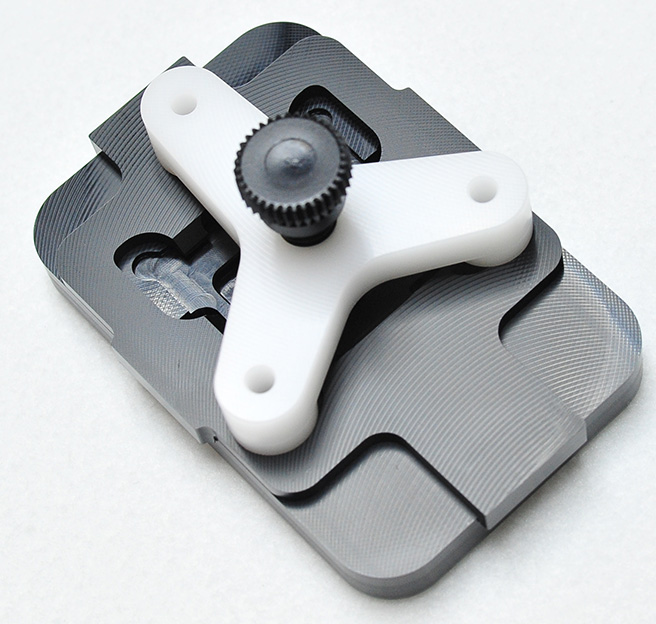 For this endeavor, we chose to use the RockIt 88 delidding tool, purchased from RockIt Cool along with their LGA1150 re-lid kit because of their location in the US to cut down on shipping charges as well as the good reviews their product has gotten. In addition to the RockIt 88 tool, we used Coollaboratory Liquid Ultra thermal compound for the interface layer between the processor die and heat spreader, and black RTV adhesive to fix the heat spreader to the processor PCB surface.