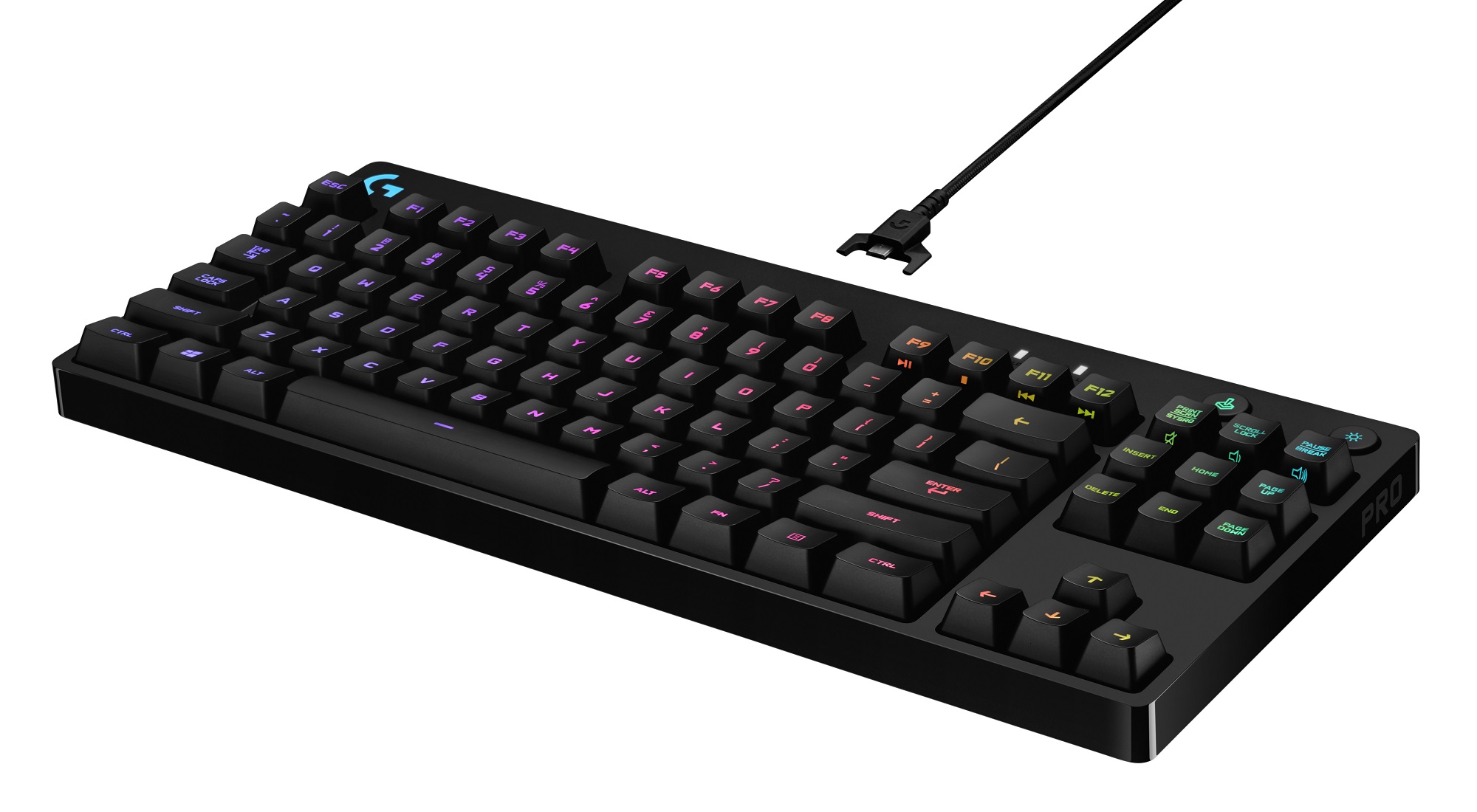 In addition to the TKL form-factor the Logitech G Pro Mechanical Gaming Keyboard features the company's exclusive Romer-G switches, which Logitech says "register key presses up to 25 percent faster than standard mechanical switches" and have "a short-throw actuation point 1.5 mm".

The keyboard also features keyboard durable construction with a steel back plate, and the cable is actually is a detachable micro-USB design, though not your typical micro-USB connector as this implementation features a wide three-pronged connection with support arms. Naturally, there are (optional) RGB effects for those who want them, which can be controlled via Logitech Gaming Software. 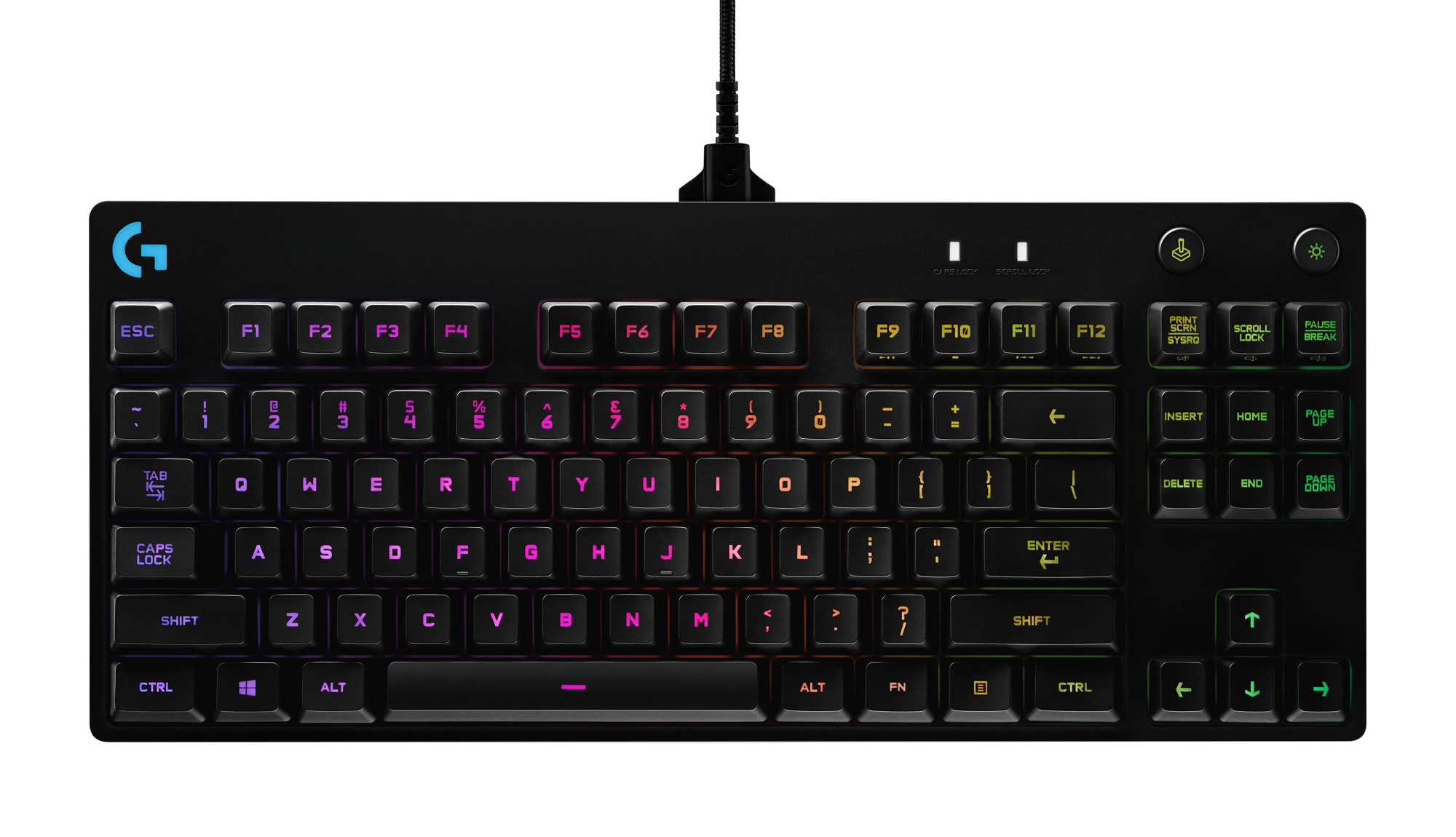 These RGB effects are per-key, which means seemingly endless levels of customizaiton considering each one can be set to one of "more than 16.8 million colors" and preferences saved to the onboard memory.

As to pricing and availability, the Logitech G Pro Mechanical Gaming Keyboard should be available later this month with an MSRP $129.99. 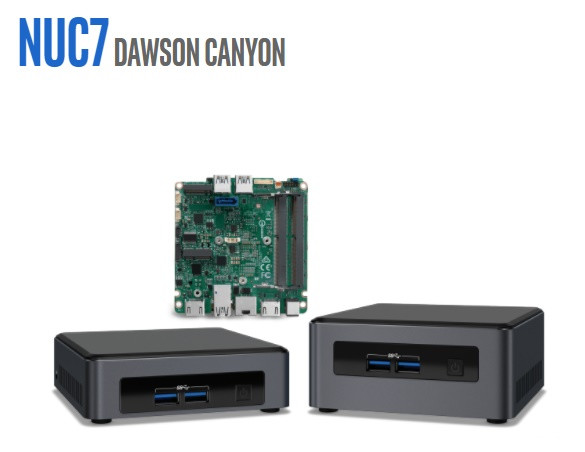 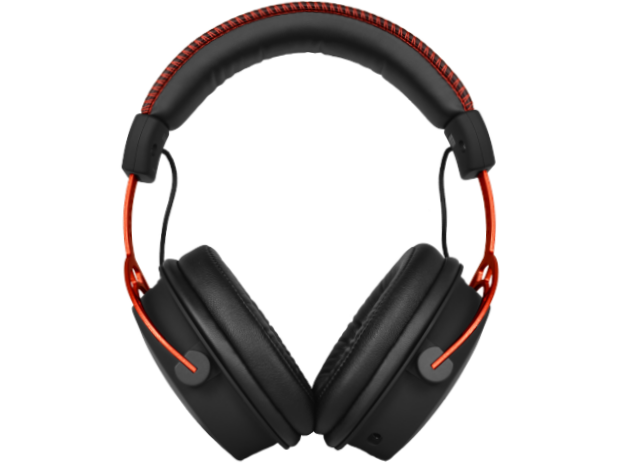 Badaboom, the once NVIDIA only transcoding accelerator, now works with Sandy Bridge