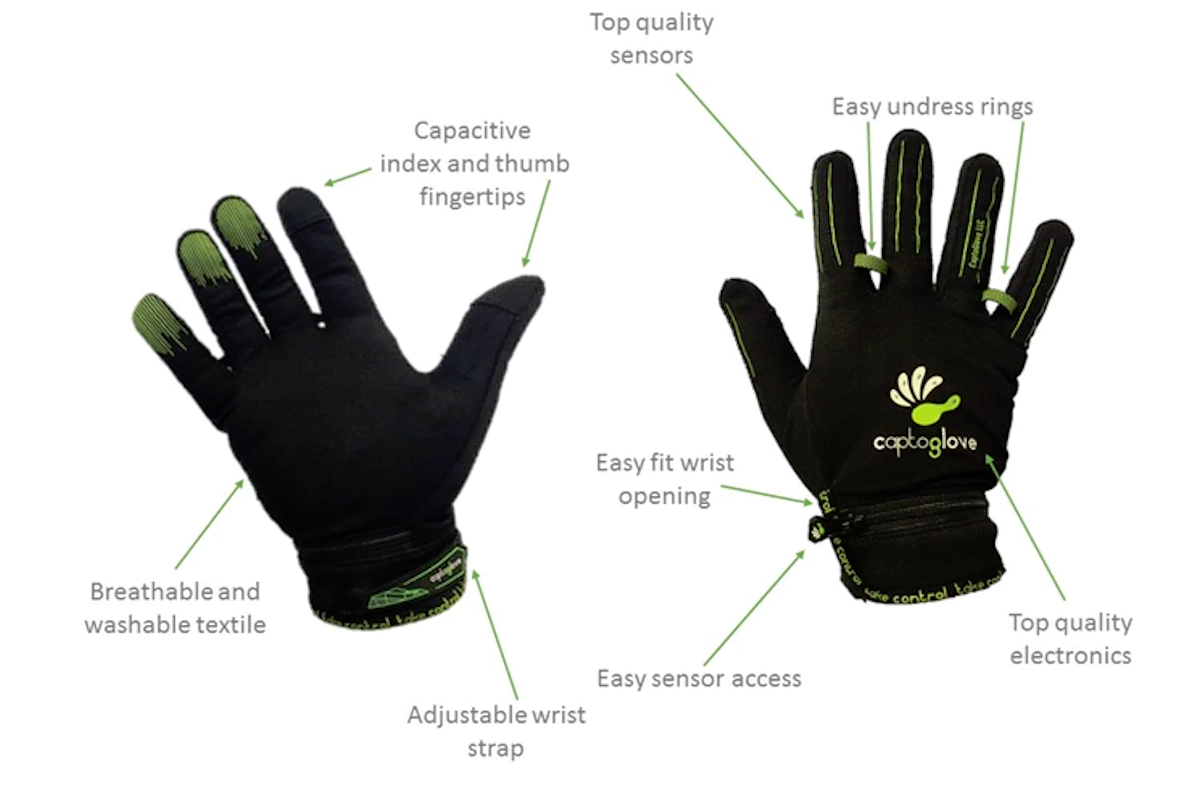 There’s a new sheriff in town!  The jauntily named “CaptoGlove” promises to be a true game and VR controller in a handy glove.  Originally developed some five years ago by an Italian air force pilot for his recovering father, he has continued development of the unit so it is actually a useful game controller with a precise 3D space positioning system.  Codeveloped with the Reusch group in Italy, the CaptoGlove looks to be a pretty polished piece of gaming equipment useful in a wide variety of applications.

The glove features 10 degrees of freedom and a variety of potential actuations.  The glove caries about 10 hours of charge and can be quickly recharged.  It features Bluetooth Low Energy 4.0 connectivity.  It is essentially plug and play and the user can assign functions to the different fingers.

It is a somewhat stylish looking product, which is not surprising given that Reusch has been making sporting gloves for some 80 years.  The material looks robust and should last a long, long time.  There are no details about replacing the battery, in fact many of the specifications about the glove are still unknown.  It does look to be a pretty dextrous implementation that supersedes products coming before it.

This glove is on Kickstarter and they have almost achieved their goal in the past 6 days.  A single glove will be $160 through the Kickstarter and a pair will run $299.  The highest level includes two extra sensors that allow even more precision with gaming and VR/AR, but that comes at a steep $599. 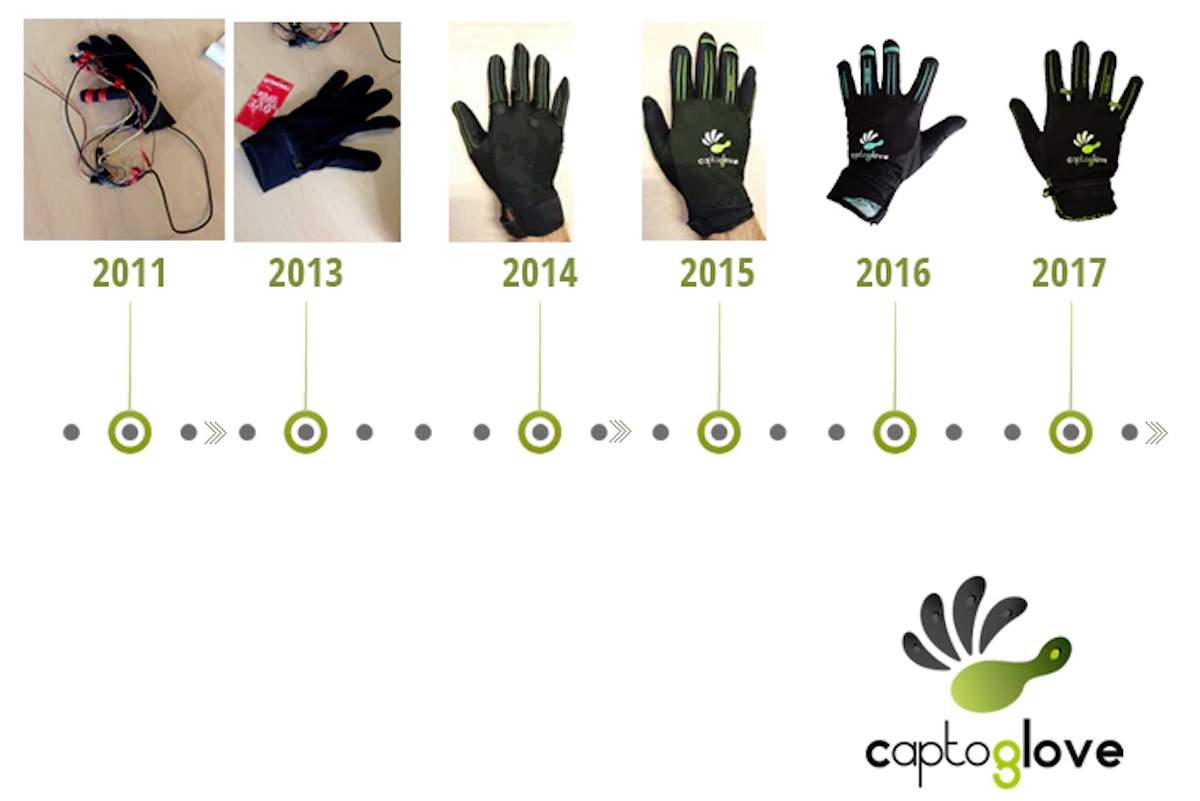 The gloves have been tested with all kinds of games and functionality is good.  The videos that CaptoGlove show off have decent performance and accuracy in many titles.  Currently there is no force feedback enabled nor announced.  This is not to say that it won’t show up in the future, but this first generation consumer product still has plenty of functionality to keep people interested.

AR/VR applications show the most promise for CaptoGlove.  It has been tested with all of the major projects out there and seems to work fine.  I will be very curious how well it works in applications like Tilt Brush!  If eventually they make a haptic version of the glove, it could be a killer application for it.

The Kickstart continues for the next 25 days and there are still many interesting bundles to be had.

Need to look even more geeky when gaming?