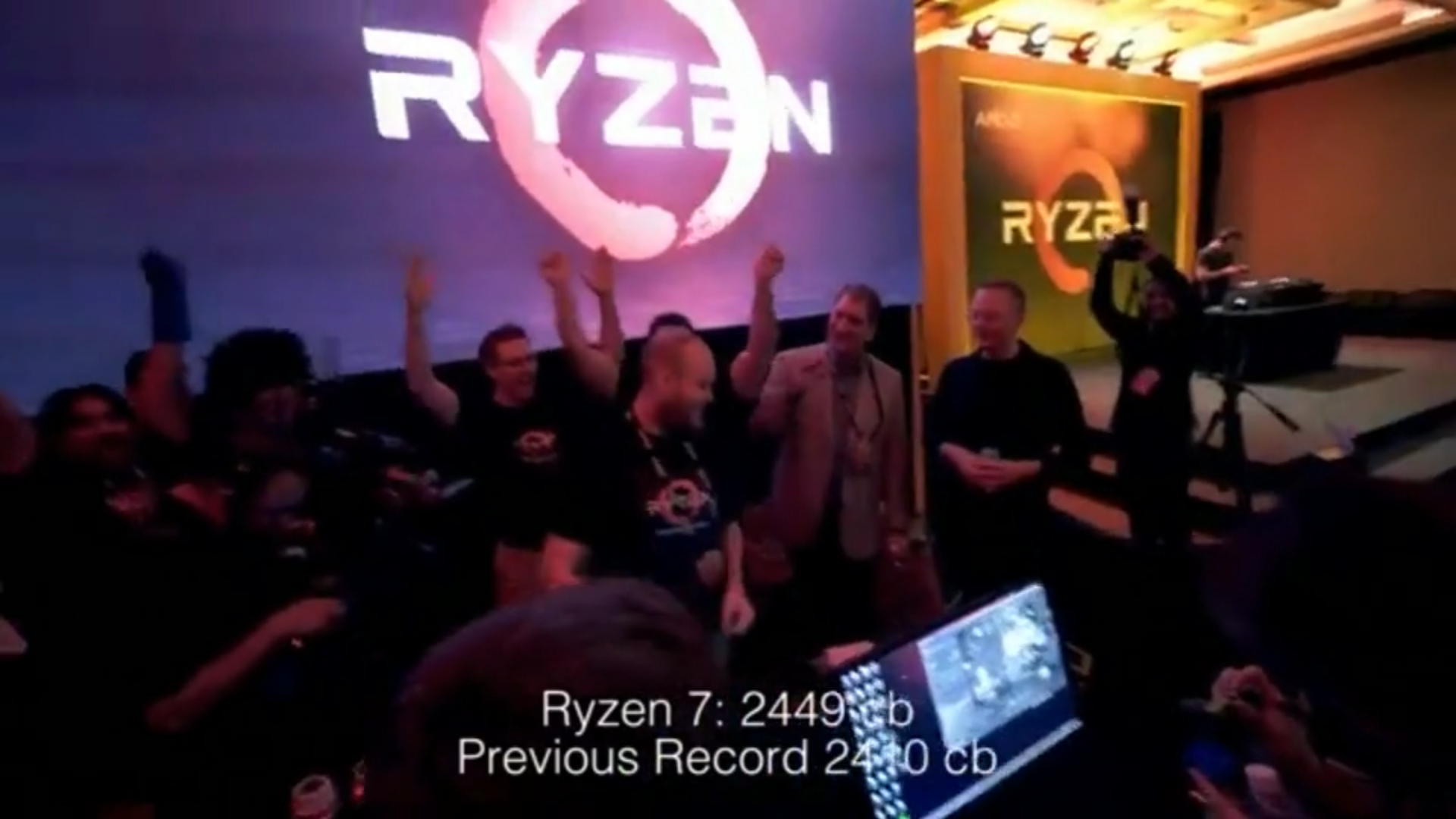 During AMD’s Ryzen launch event a team of professional overclockers took the stage to see just how far they could push the top Zen-based processor. Using a bit of LN2 (liquid nitrogen) and a lot of voltage, the overclocking team was able to hit an impressive 5.20 GHz with all eight cores (16 threads) enabled!

According to information from AMD, a stock Ryzen 7 1800X comes clocked at 3.6 GHz base and up to 4 GHz boost (XFR can go higher depending on HSF) and is able to score 1,619 in Cinebench. The 30% overclock to 5.20 GHz got the overclockers an approximately 45% higher CInebench score.

Further, later in the overclocking event, they managed to break a Cinebench world record of 2,445 points by achieving a score of 2,449 (it is not clear what clockspeed this was at). Not bad for a brand-new processor! 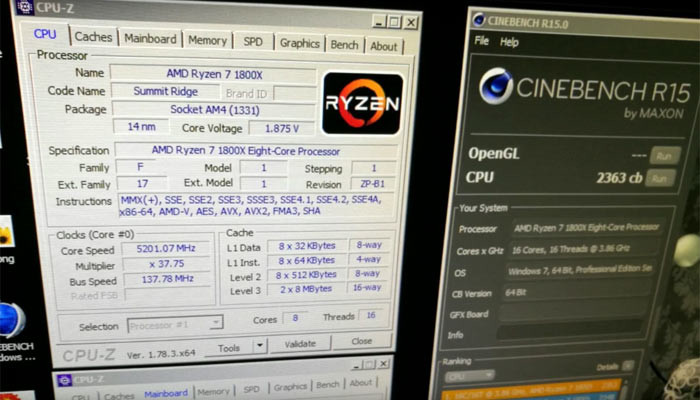 The overclocking results are certainly impressive, and suggest that Ryzen may be a decent overclocker so long as you have the cooling setup to get it there (the amount of voltage needed is a bit worrying though heh). Interestingly, HWBot shows a Core i7 6900K (also 8C/16T) hitting 5.22 GHz and scoring 2,146 in CInebench R15. That Ryzen can hit similar numbers with all cores and threads turned on is promising.

I am looking forward to seeing what people are able to hit on air and water cooling and if XFR will work as intended and get most of the way to a manual overclock without the effort of manually overclocking. I am also curious how the power phases and overclocking performance will stack up on motherboards using the B350 versus X370 chipsets. With the eight core chips able to hit 5.2, I expect the upcoming six core Ryzen 5 and four core Ryzen 3 processors to clock even higher which would certainly help gaming performance for budget builds!

Austin Evans was able to get video of the overclocking event which you can watch here (Vimeo).

Say goodbye to an old friend