According to a report from VideoCardz.com we can expect AMD Radeon RX 500-series graphics cards next month, with an April 4th launch of the RX 580 and RX 570, and subsequent RX 560/550 launch on April 11. The bad news? According to the report "all cards, except RX 550, are most likely rebranded from Radeon RX 400 series".

Until official confirmation on specs arrive, this is still speculative; however, if Vega is not ready for an April launch and AMD will indeed be refreshing their Radeon lineup, an R9 300-series speed bump/rebrand is not out of the realm of possibility. VideoCardz offers (unconfirmed, at this point) specs of the upcoming RX 500-series cards, with RX 400 numbers for comparison: 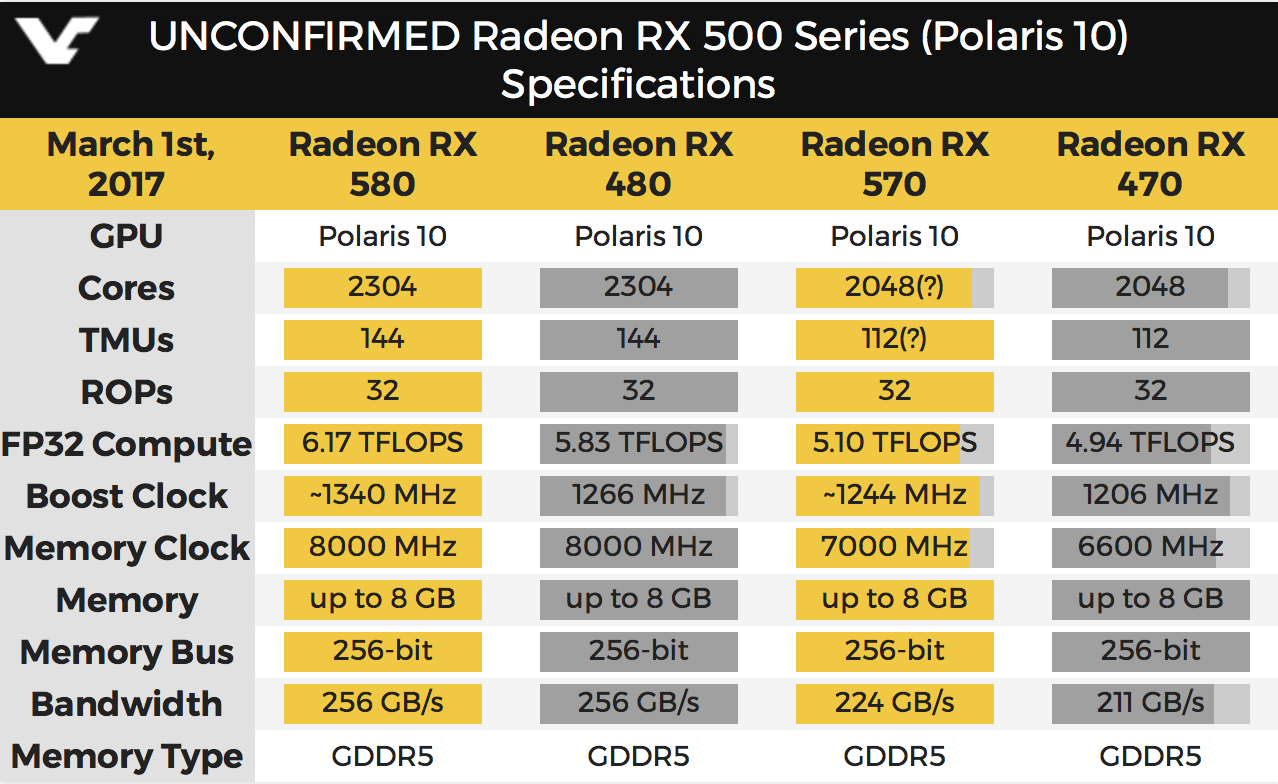 The first graph shows the increased GPU boost clock speed of ~1340 MHz for the rumored RX 580, with the existing RX 480 clocked at 1266 MHz. Both would be Polaris 10 GPUs with otherwise identical specs. The same largely holds for the rumored specs on the RX 570, though this GPU would presumably be shipping with faster memory clocks as well. On the RX 560 side, however, the Polaris 11 powered replacement for the RX 460 might be based on the 1024-core variant we have seen from the Chinese market. 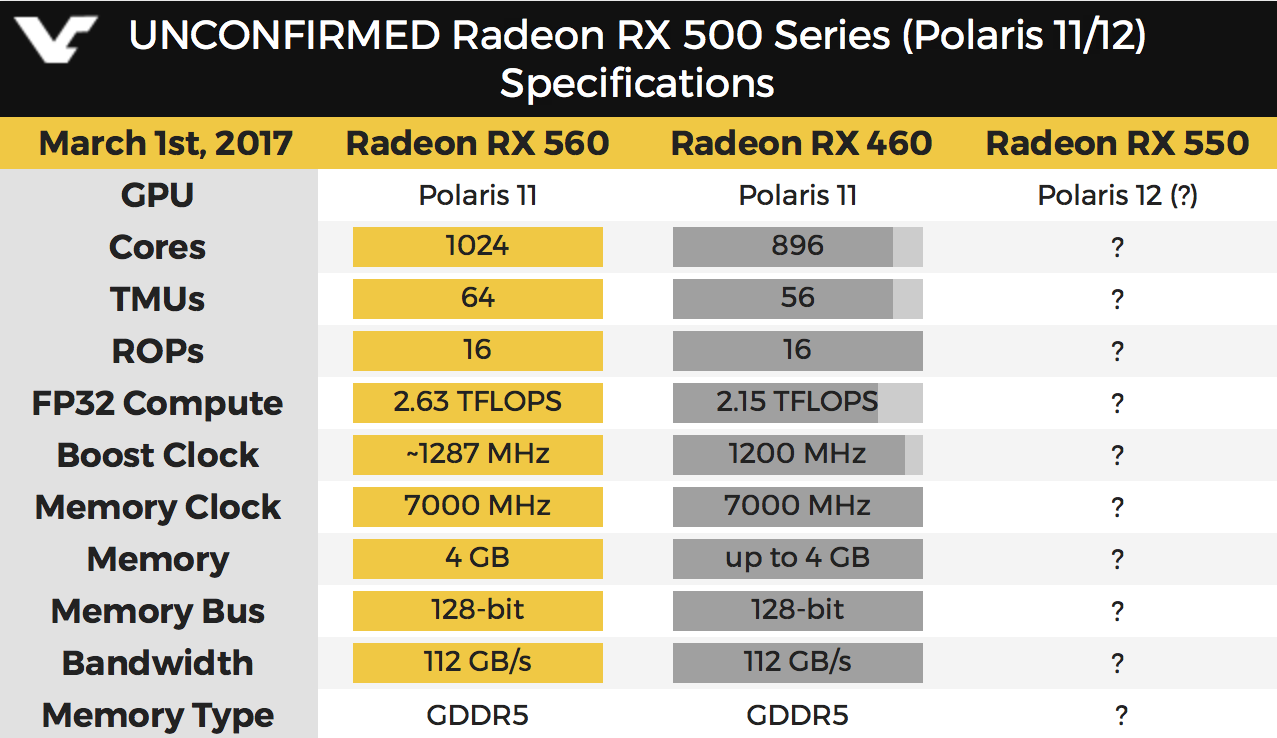 No specifics on the RX 550 are yet known, which VideoCardz says "is most likely equipped with Polaris 12, a new low-end GPU". These rumors come via heise.de (German language), who state that those "hoping for Vega-card will be disappointed – the cards are intended to be rebrands with known GPUs". We will have to wait until next month to know for sure, but even if this is the case, expect faster clocks and better performance for the same money.