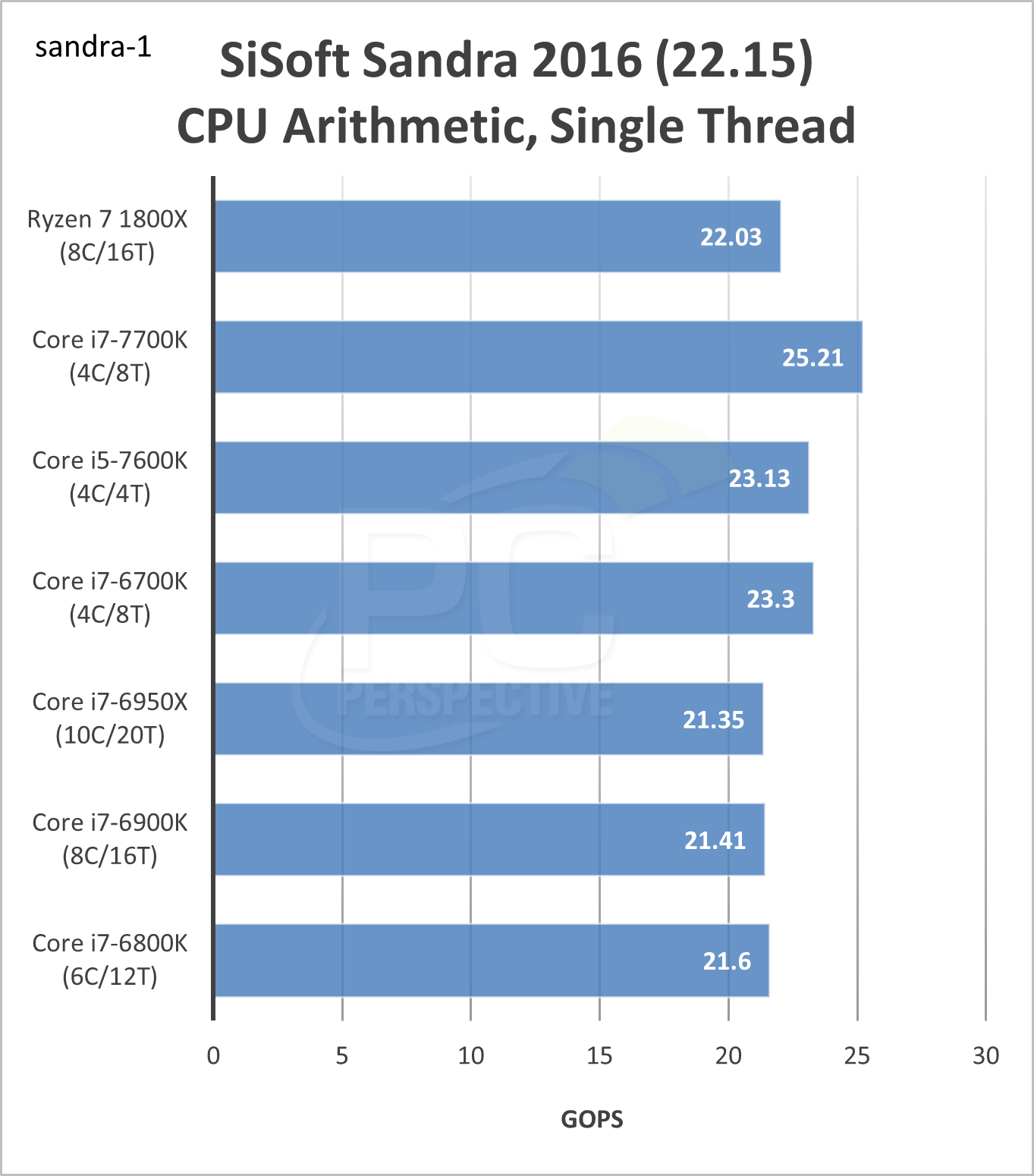 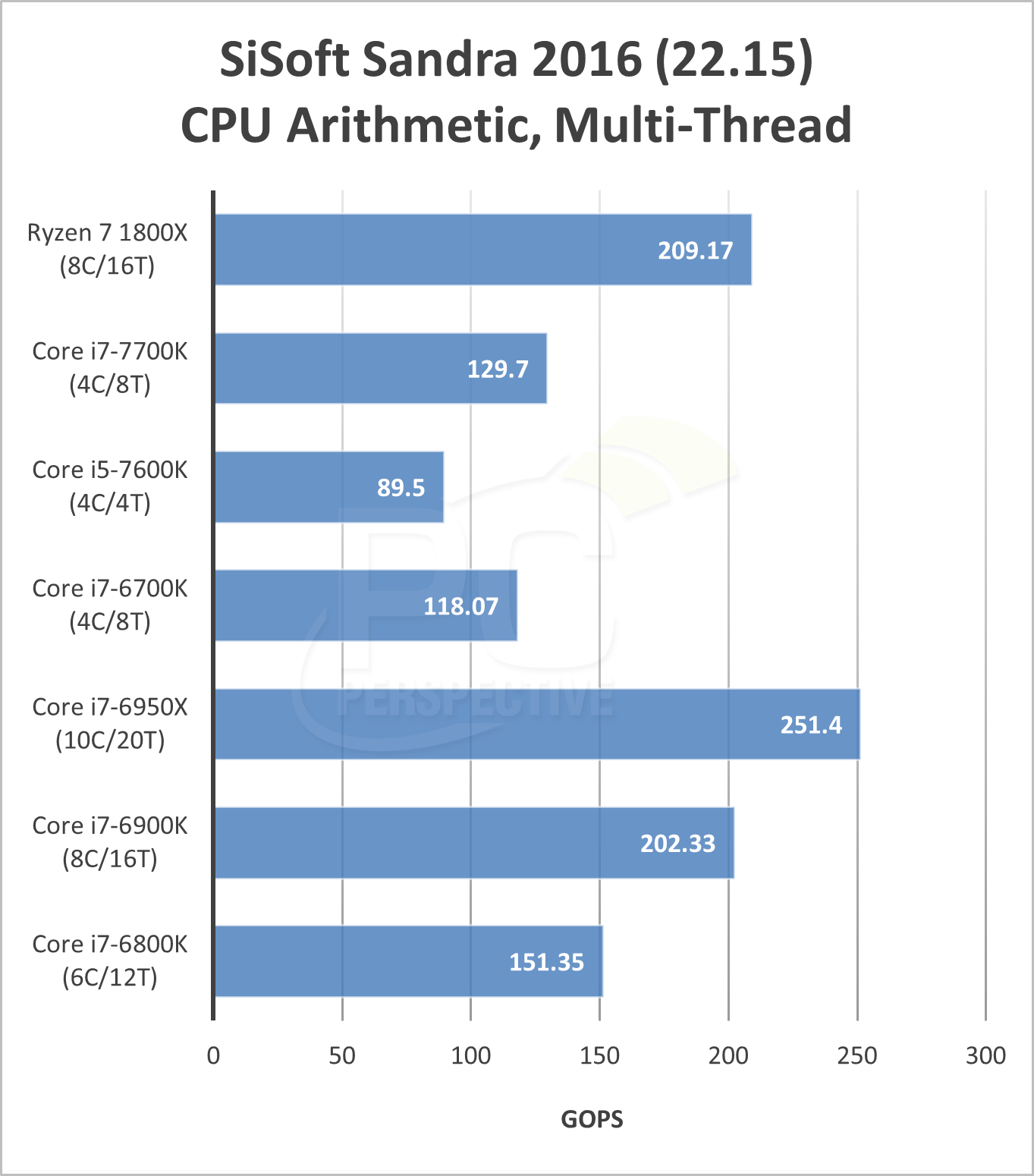 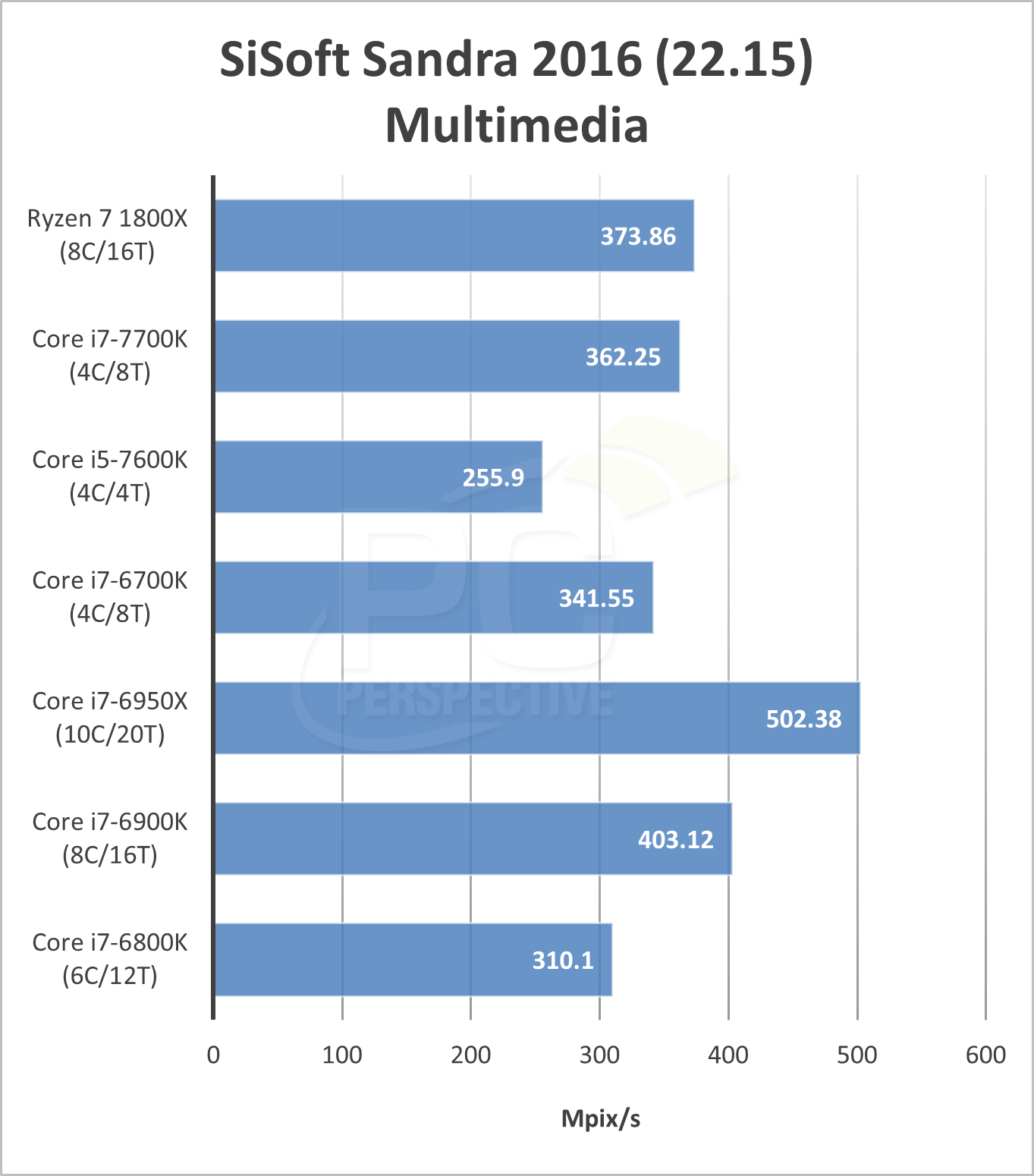 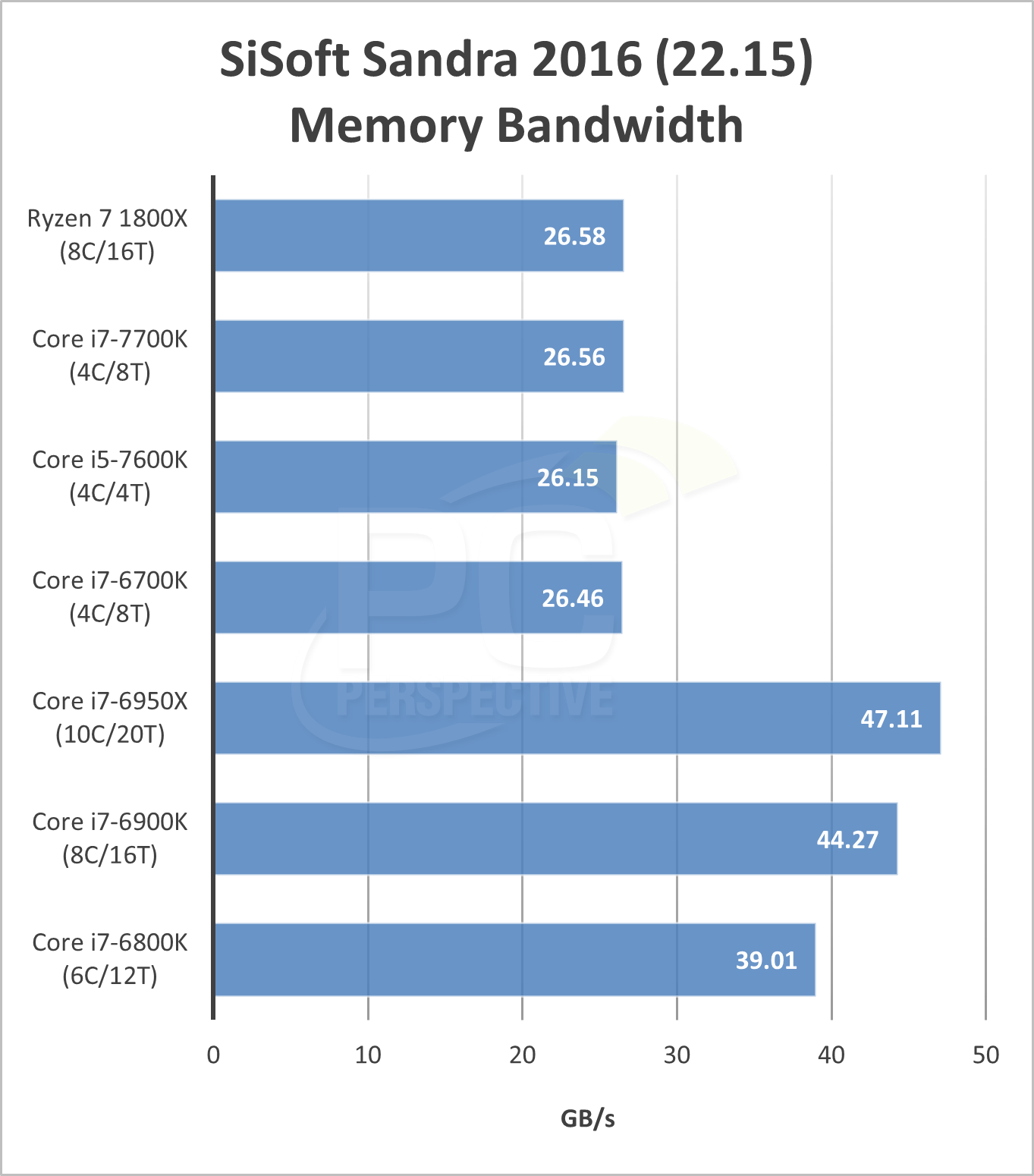 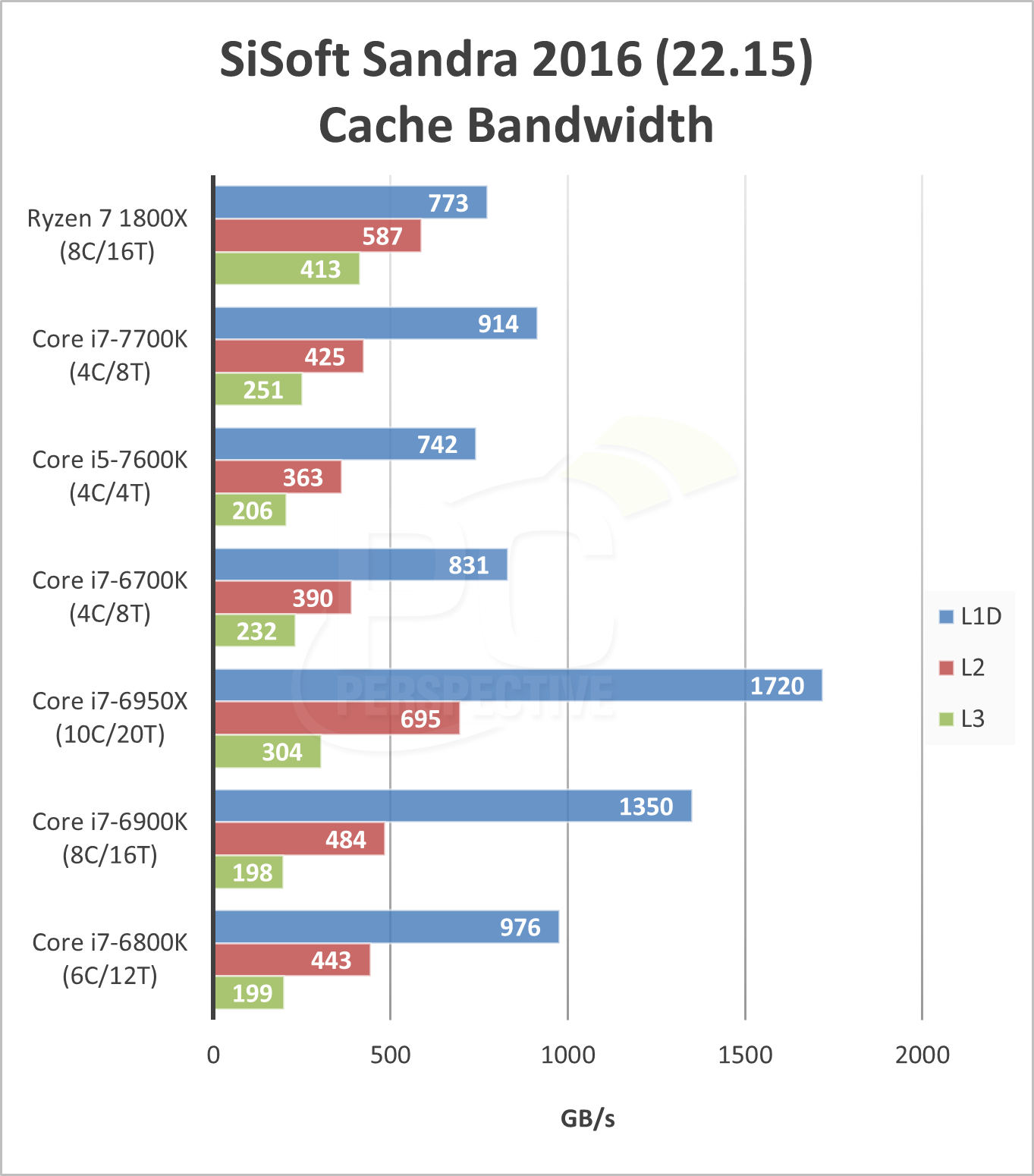 The single thread and multi-thread CPU arithmetic tests show results that we should expect at this point in our experience with the Ryzen processor. It does well, but not better than what Intel has available in terms of single threaded capability, falling behind the 7700K by 14% and nearly even with the 6900K. The multi-threaded results are much more impressive, as it performs better than every Intel processor but the 6950X. Multimedia test results are similarly impressive.

The DDR4 memory controller on the Ryzen 7 1800X seems to be in line with the Intel dual channel configuration on the Kaby Lake and Skylake parts. Broadwell-E has the advantage with a quad-channel integration though the number of workloads that are susceptible to those differences are rare. Finally, on internal cache bandwidth, AMD does quite well by SiSoft’s measurement. L3 and L2 bandwidth are the most impressive, easily besting both BDW-E and KBL. 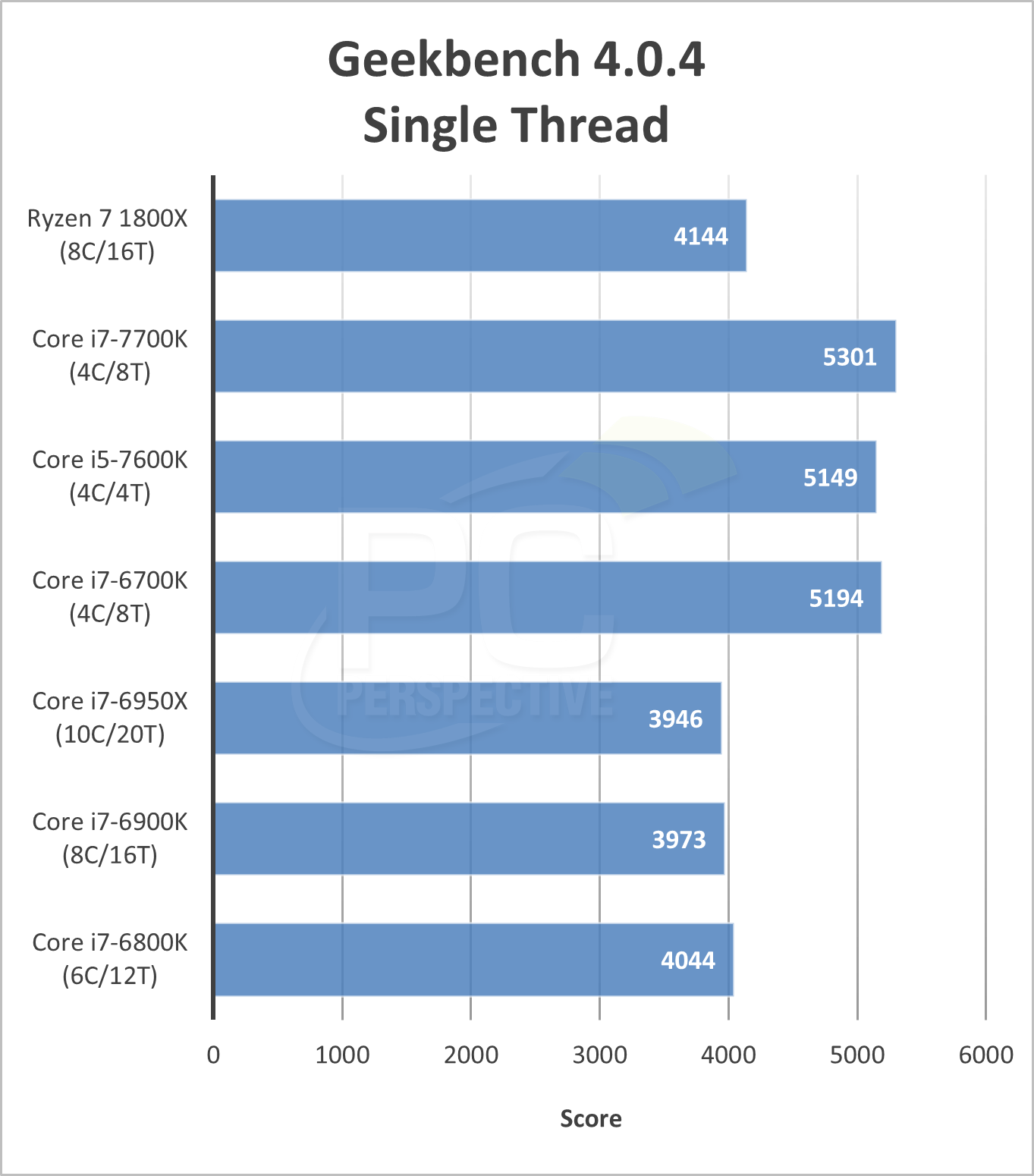 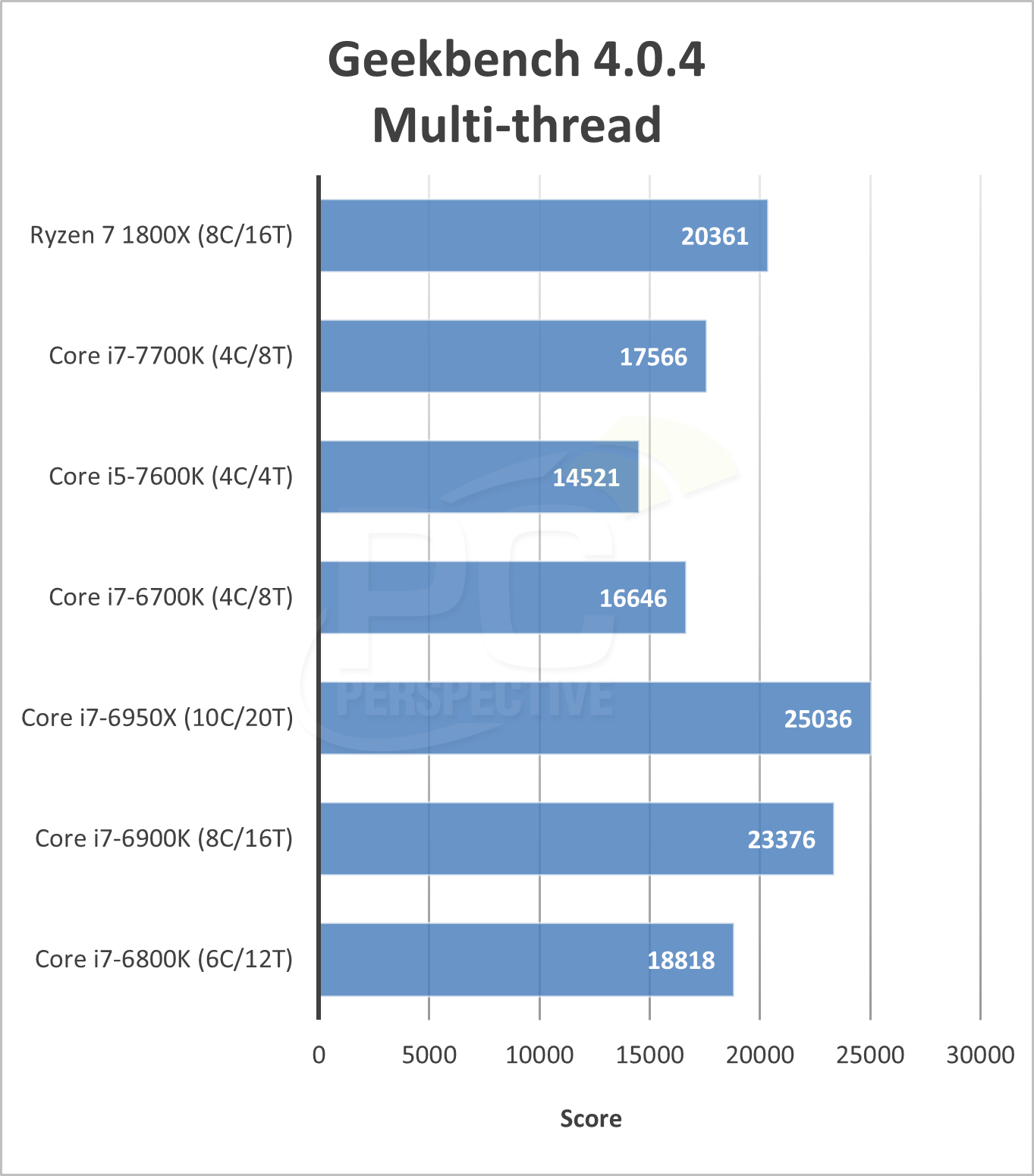 The Geekbench 4.0.4 results are interesting as well, painting the Ryzen processor in two very distinctive lights. In the single threaded results, the 1800X is slightly ahead of the 6900K but falls more than 21% behind the Core i7-7700K, more or less matching what we saw with Audacity. In the multi-threaded results, it does beat out the 7700K but actually falls behind the 6900K that has a matching core/thread count. 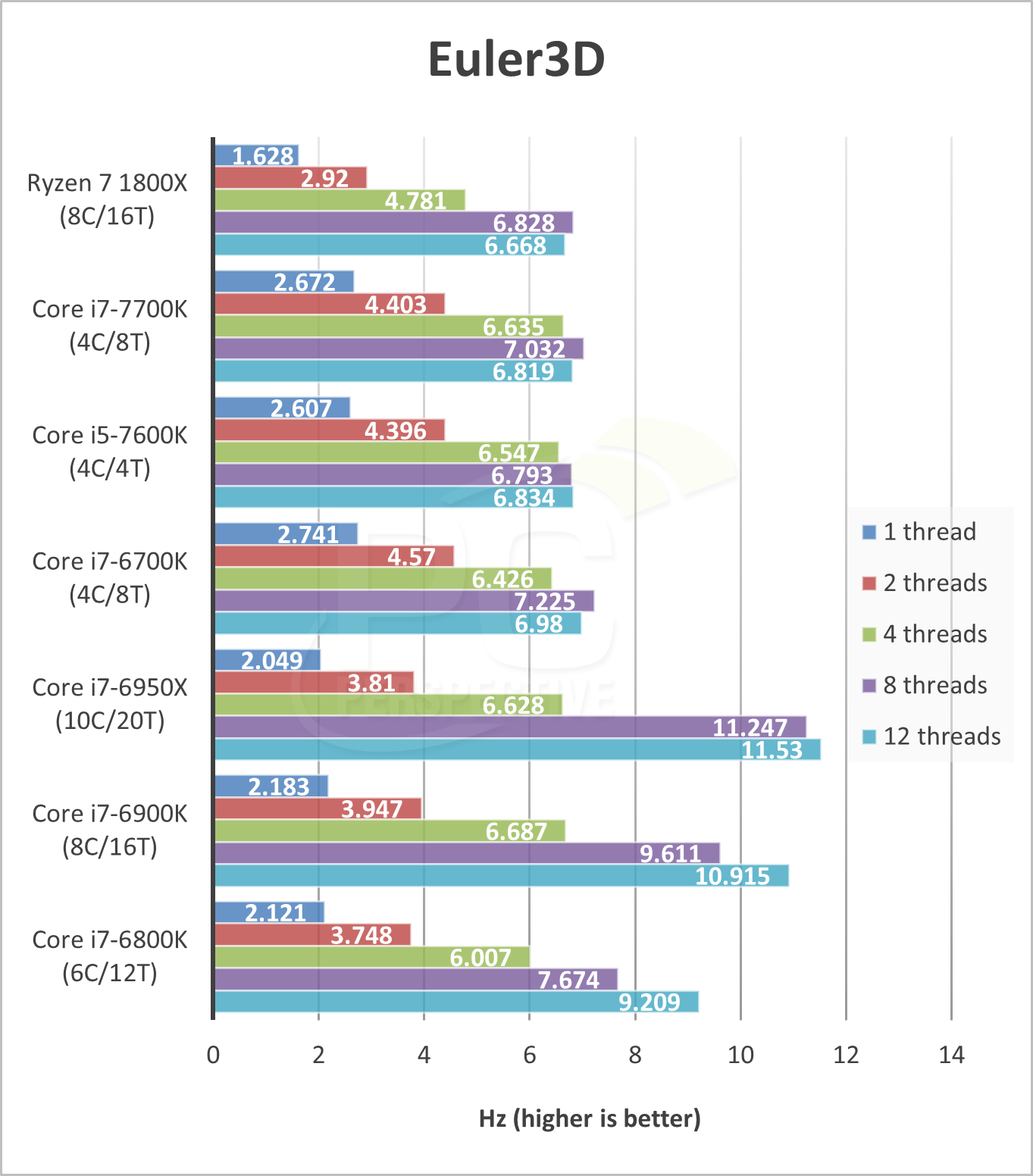 This scientific compute based test allows us to evaluate at different thread counts. With a single thread the Ryzen 7 1800X is 39% behind the 7700K (!!) and 25% behind the Core i6-6900K.  Those are starting high numbers and it continues for two and four thread testing; the Ryzen only catches up to the 7700K once we get into 8-thread testing.