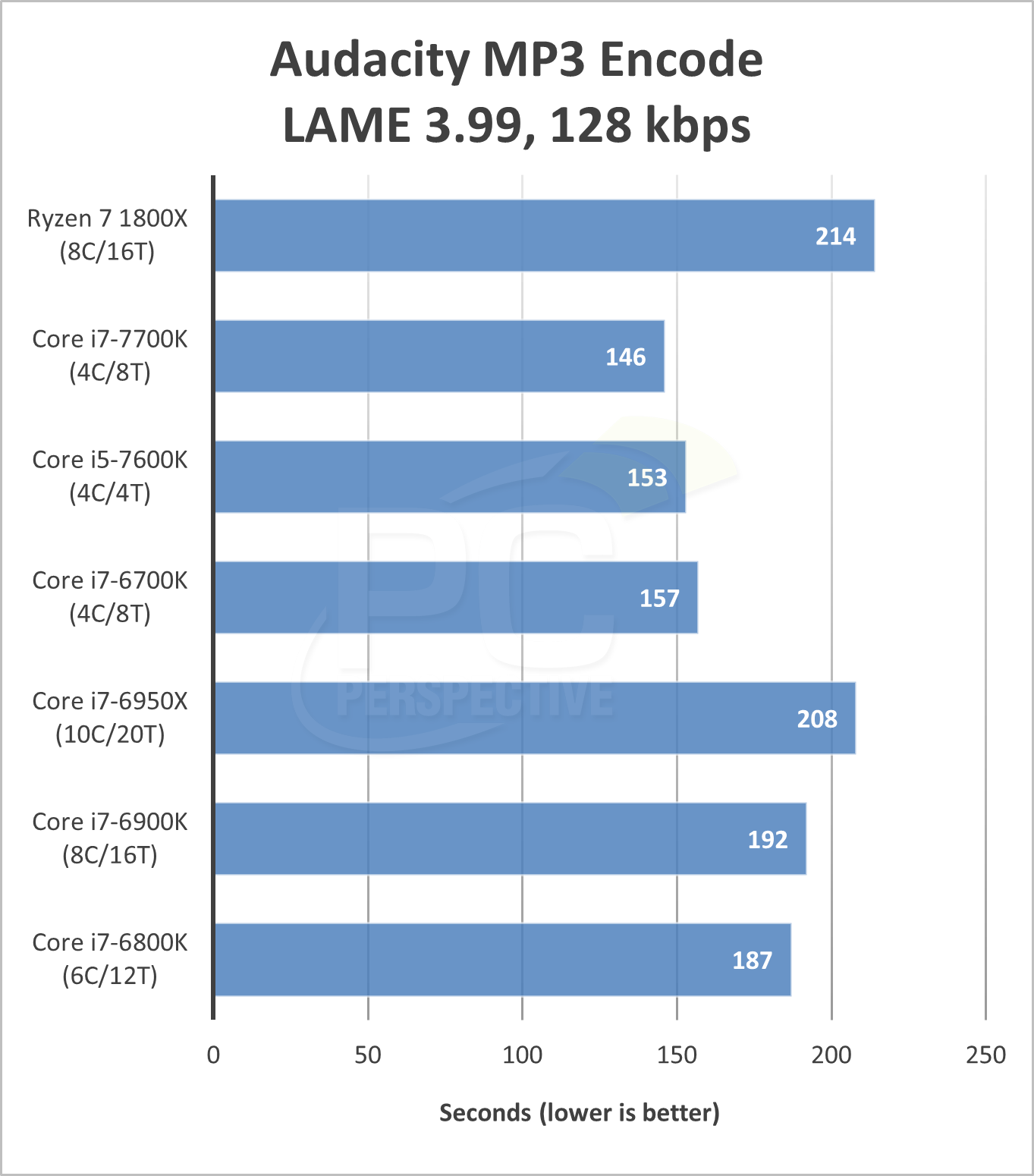 Audacity MP3 encoding is a very single threaded operation and the Intel Kaby Lake processors advantages here are clear. The 7700K is 31% faster than the Ryzen R7 1800X. Compared to the 6900K the 1800X finds itself at a 10% disadvantage. 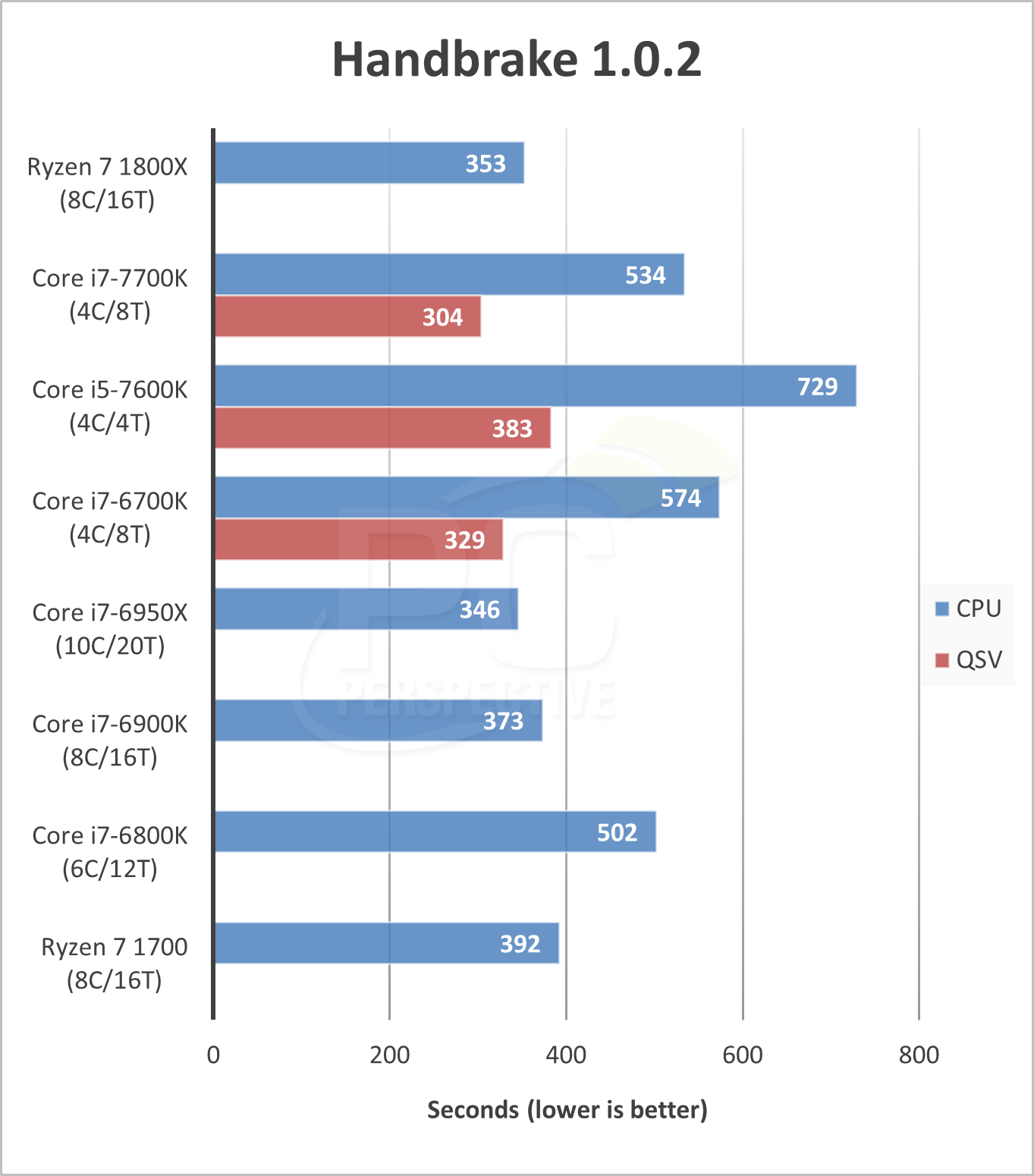 Handbrake is an interesting discussion: clearly the Ryzen R7 1800X does very well, bring in a time of 353 seconds and beating the Core i7-7700K by 33% when we only look at CPU based encoding. However, if you look at QuickSync enabled encode that Handbrake does support, the 7700K has the edge. It’s fair to say that QSV-based encodes will have different quality settings and options, making them less than ideal, but the option is there for the Kaby Lake parts with integrated graphics. Even still, the 1800X is about 5% faster than the 6900K (that does not have the potential for QSV acceleration). 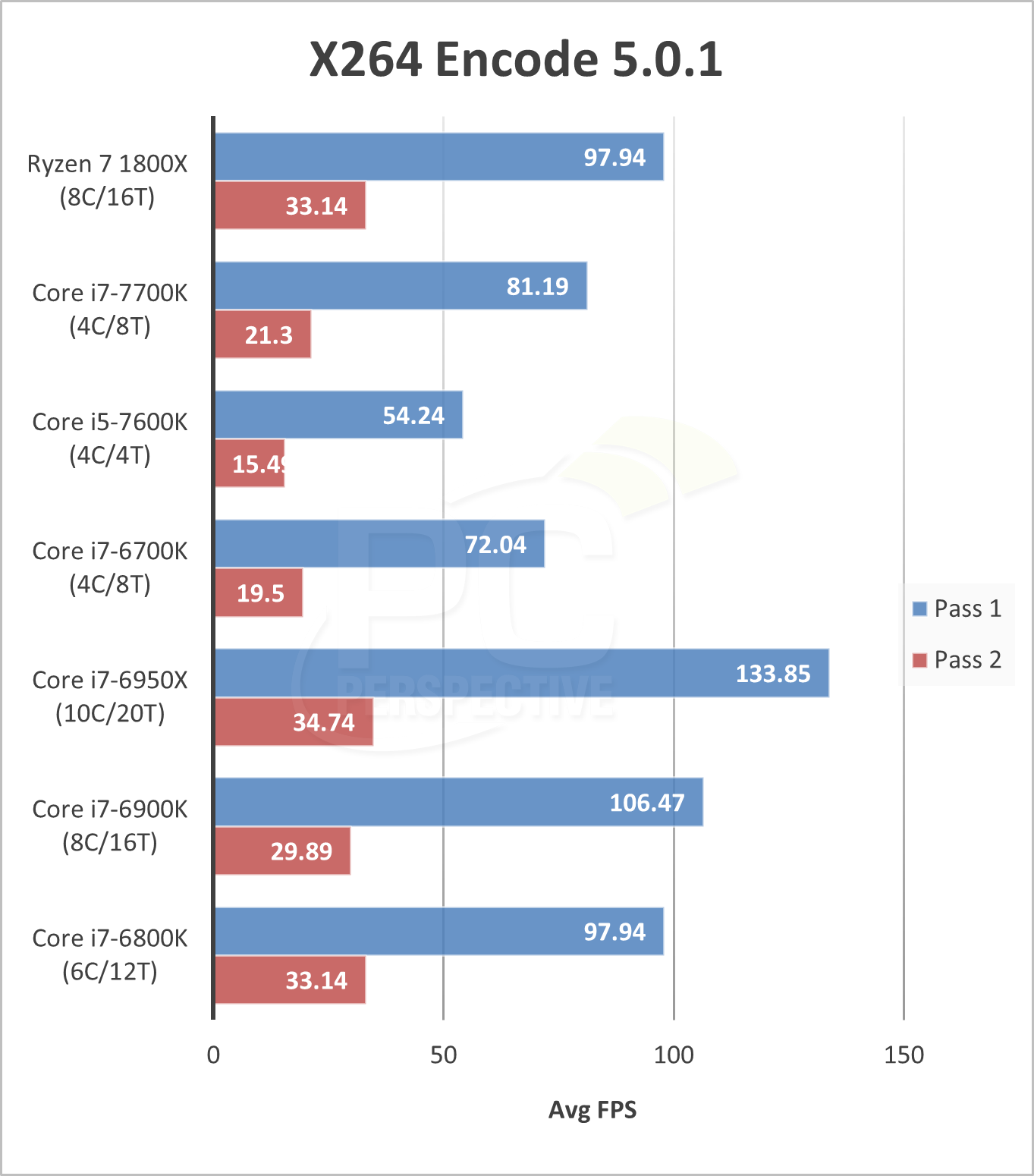 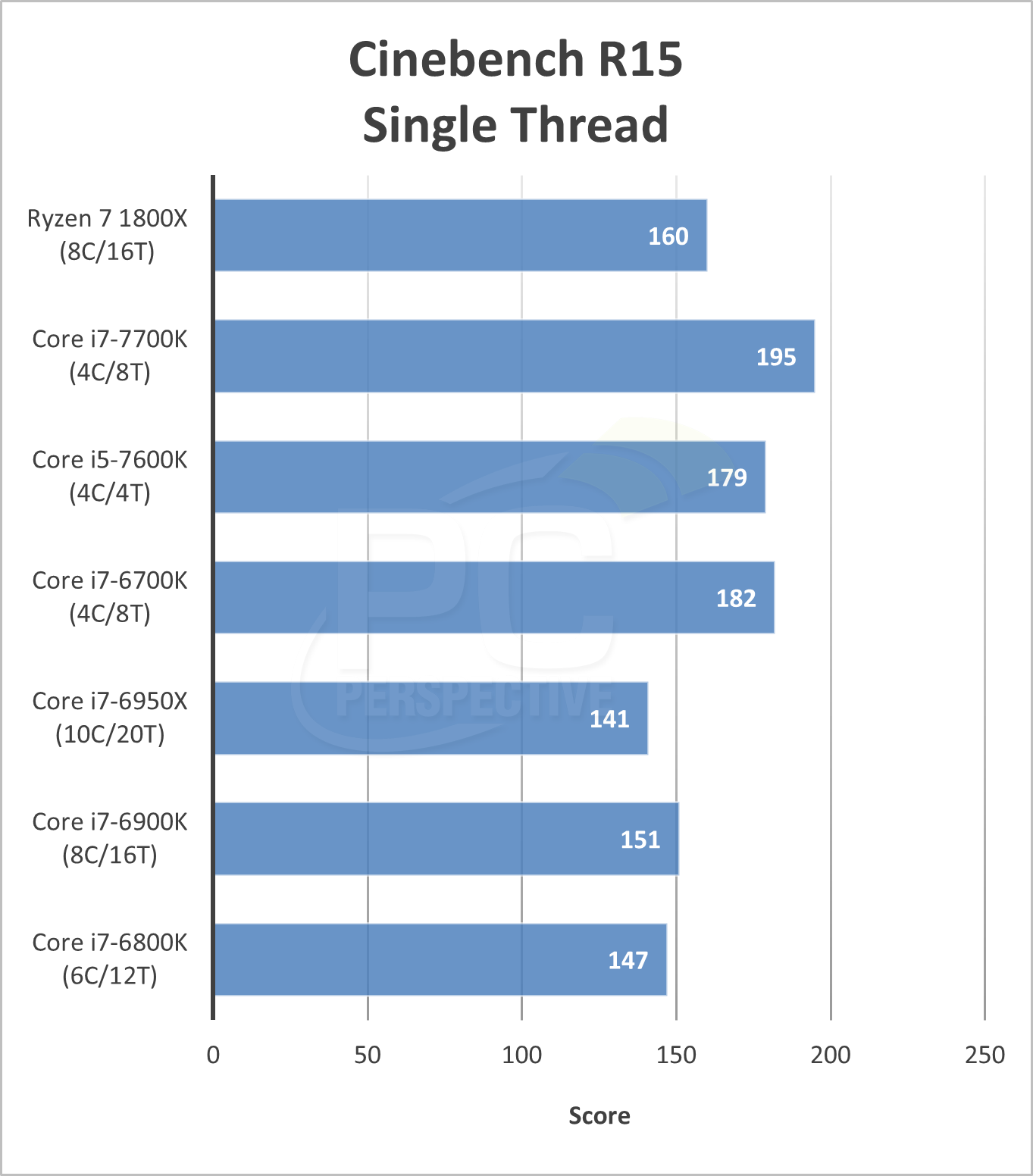 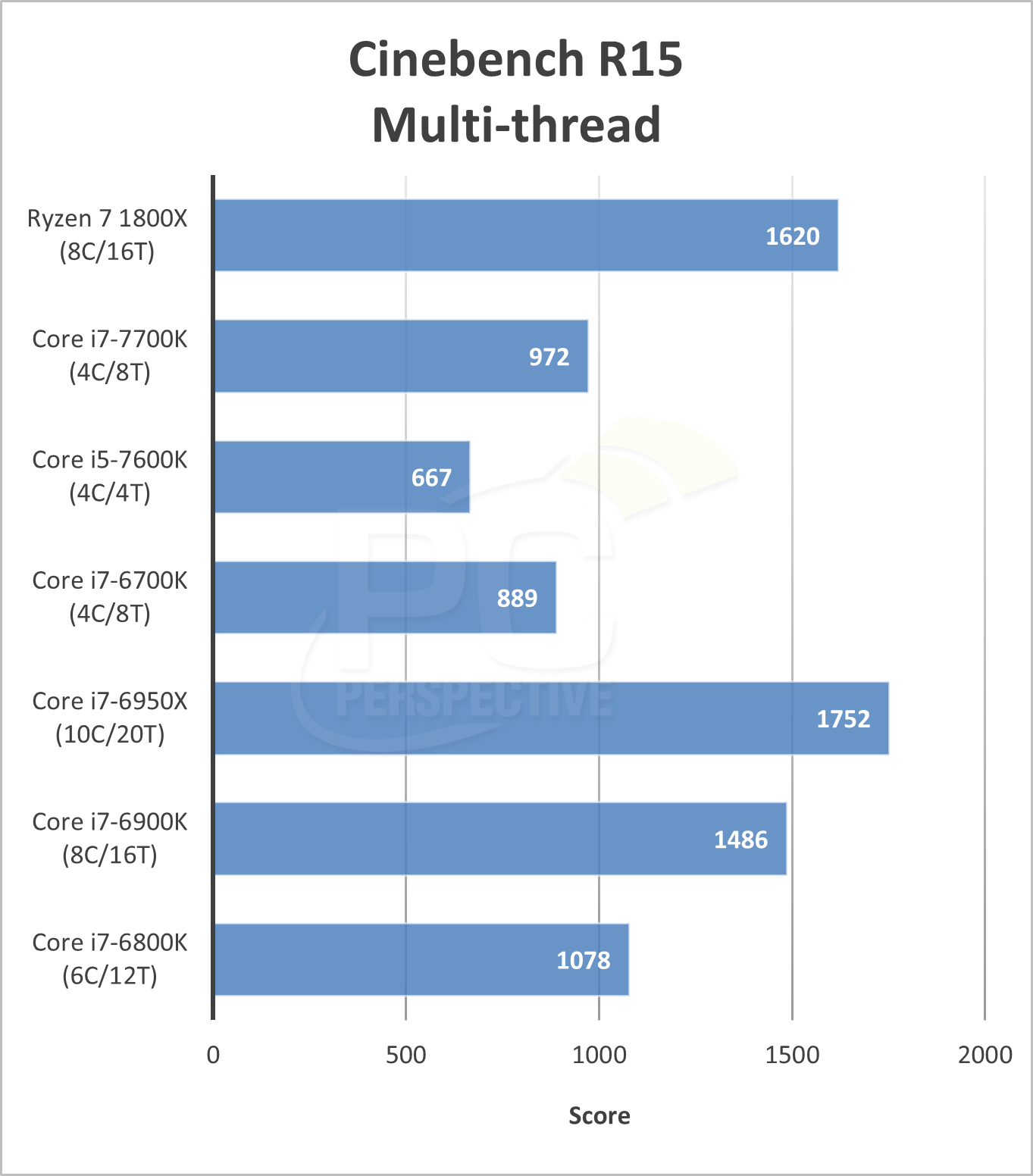 Cinebench is going to get a lot of attention as it is the primary source for much AMD’s performance claims. In our single threaded test, the 1800X does okay, falling behind the 7700K by 18% but beating all three of the Broadwell-E systems. That’s interesting because in several other tests the 7700K/1800X gap has been wider and the 6900K was able to maintain parity. When we look at multi-threaded results the 1800X is beaten only the by the 10-core 6950X and crushes the 4C Kaby Lake parts. 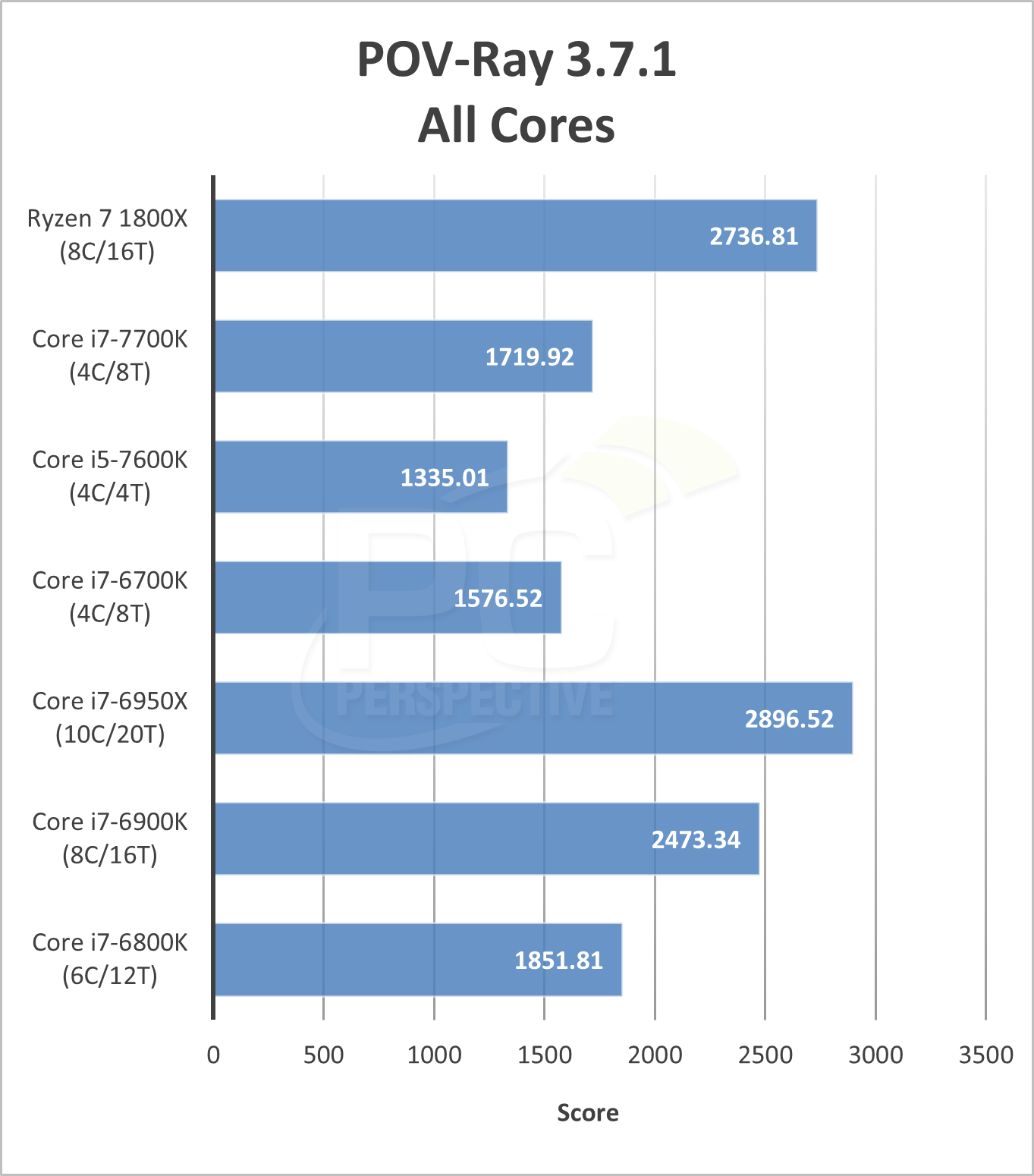 Similarly to the multi-threaded test above, POV-Ray shows that the 1800X will beat any processor by the 6950X and can maintain a 10% lead over the 6900K! 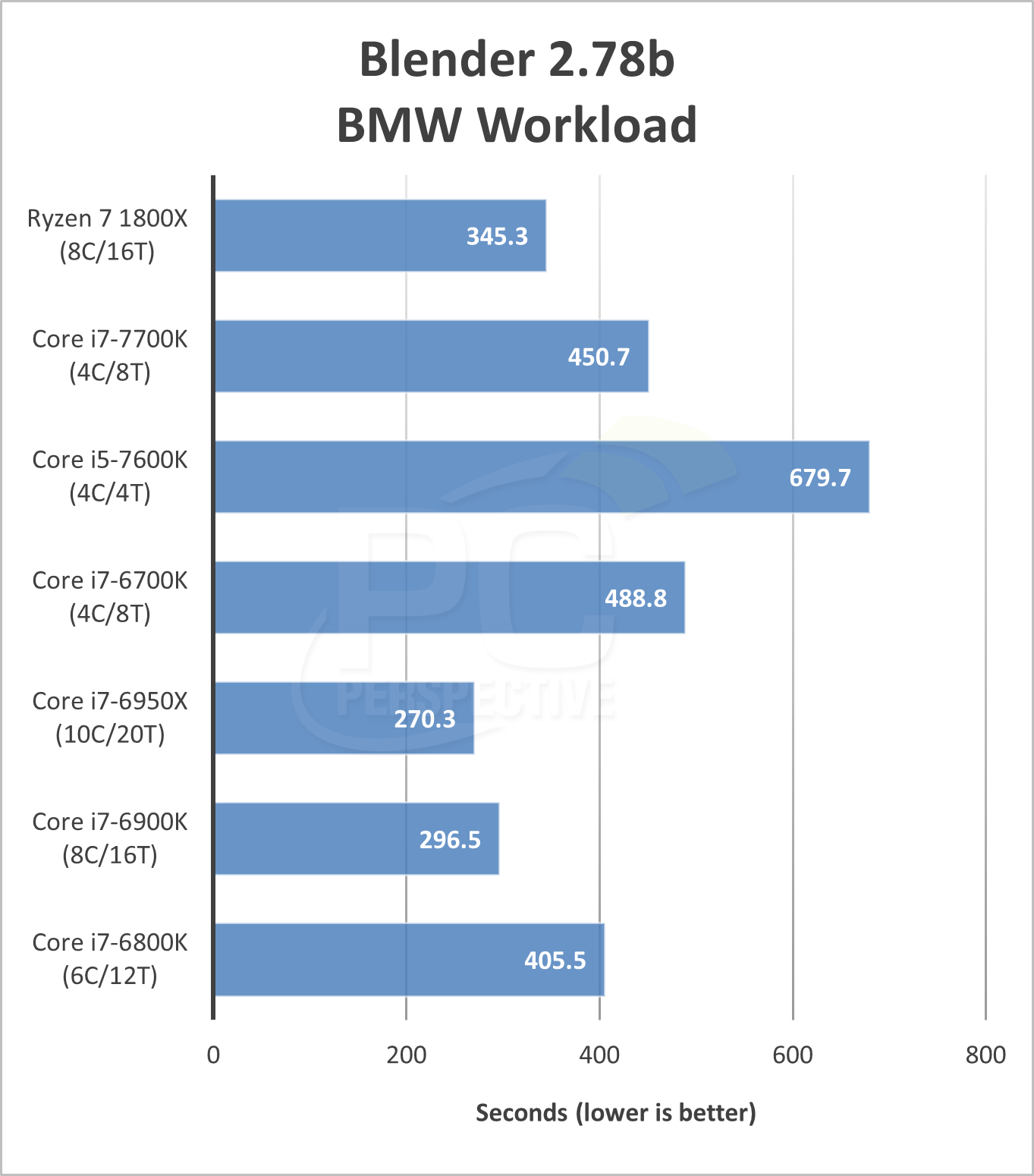 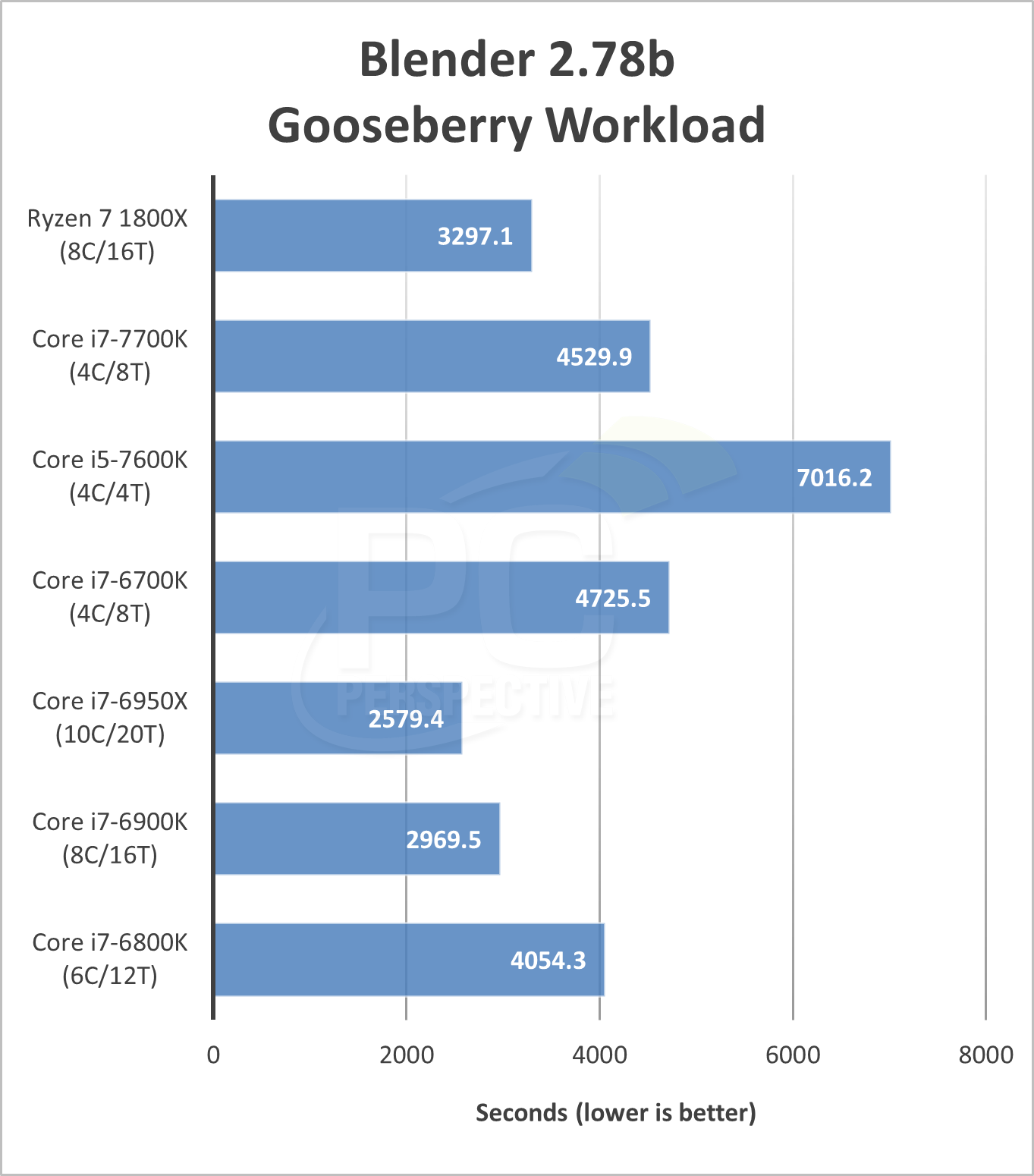 Blender got a lot of press last year as it was the first official benchmark provided by AMD against Intel but since that time we have a couple of performance revisions. And we are using Blender’s standard benchmark workloads rather than anything custom. In the BMW test, we see the 1800X is 23% faster than the 7700K, even though it has 2x the core count. The 6900K can maintain a performance lead over the new Ryzen CPU by 14%. In the Gooseberry test the advantage for the 1800X over the 7700K jumps to 27% and the advantage for the 6900K over the 1800X drops to 9.9%.