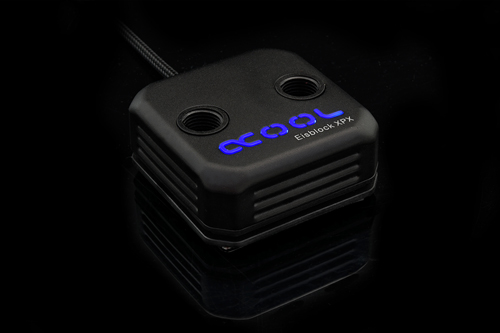 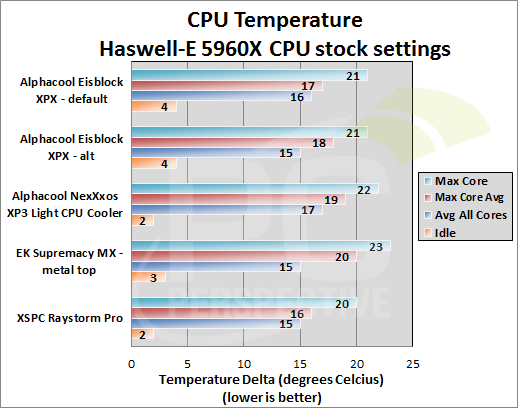 With the Haswell-E processor at stock speeds, the Eisblock XPX water block maintained reputable performance with it seated in either configuration on the board. Its performance remained within a degree or two of the best performing blocks with little difference seen between the different seating configurations. 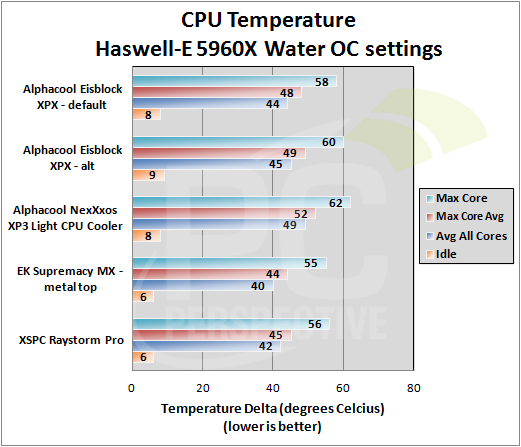 The Eisblock XPX block's performance on the overclocked Haswell-E processor was more telling because of the increased thermal load placed on it. While it was not the top performer, it maintained a close distance to those, being the EK Supremacy MX and the XPSC Raystorm Pro blocks. The Eisblock XPX seemed to perform best in its default configuration and even managed to outperform its predecessor, the NexXxos XP3 Light block, by 5C. 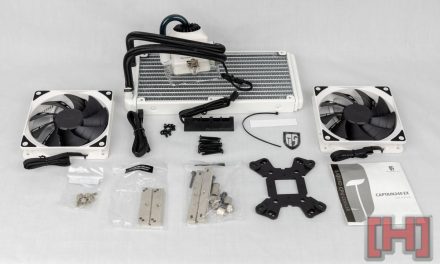