Despite the nearly non-existent shroud, the two fans running under full load are surprisingly quiet on the EVGA GTX 1080 Ti SC2. 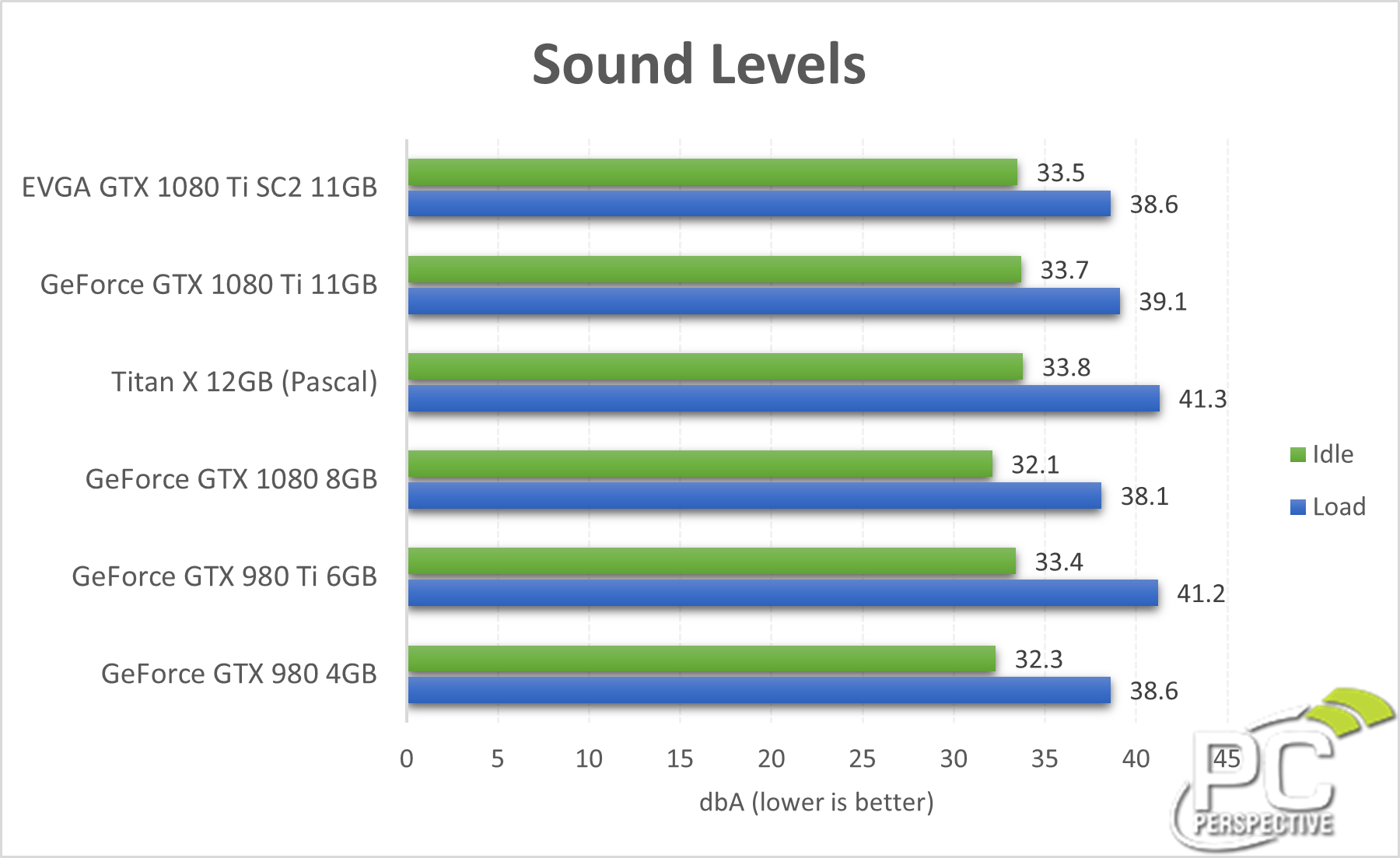 The EVGA GTX 1080 Ti idles at about the same level as our reference card does, which is to say nearly silent by our testing equipment. Under a full gaming load, even though its slightly overclocked, it only generates 38.6 dbA, lower than the Founders Edition, lower than the Titan X, and nearly to the level of the GTX 1080! 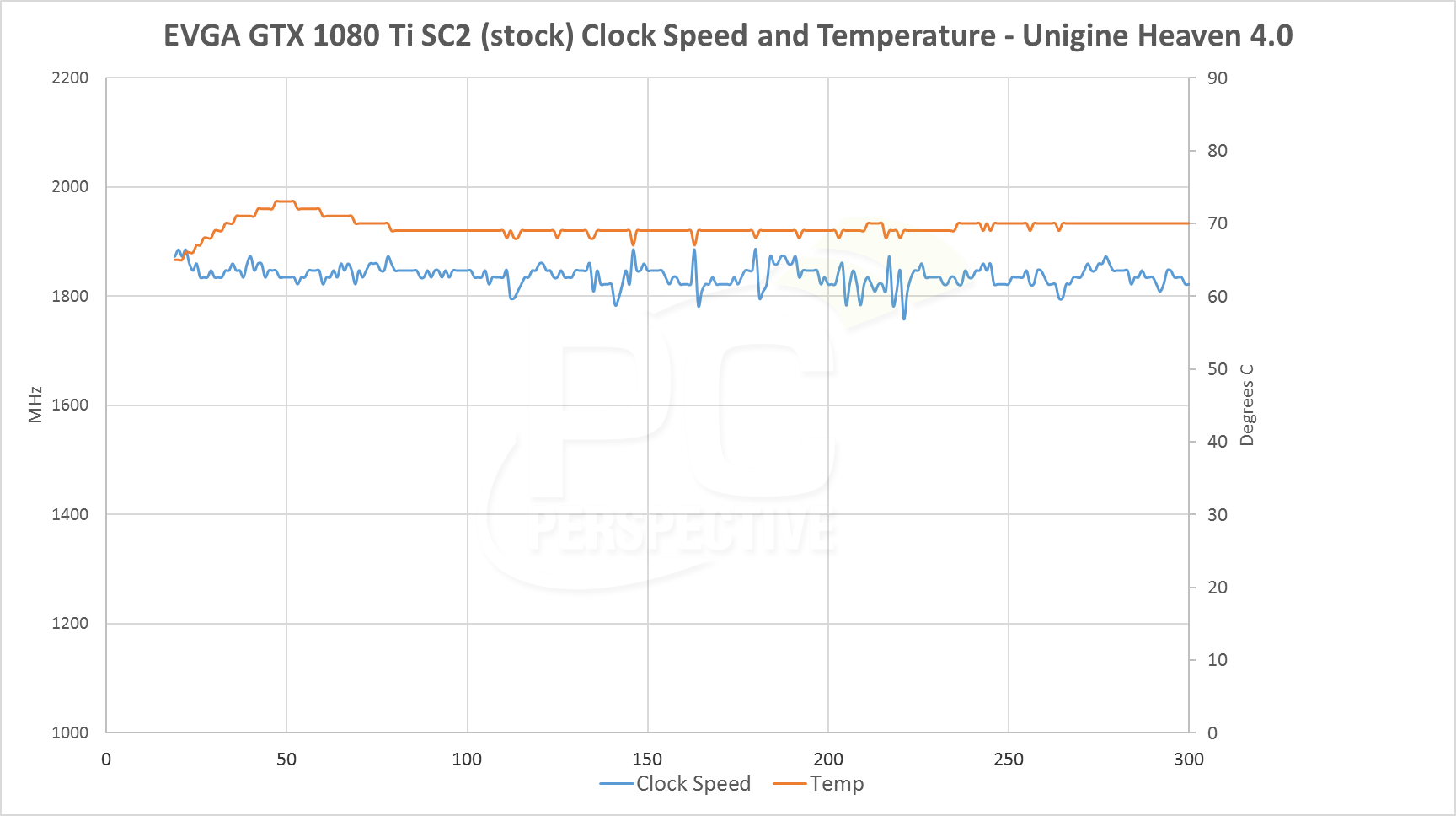 Under load testing in Unigine Heaven we saw the EVGA GTX 1080 Ti SC2 clock speeds hover around the 1830 MHz mark, well over the 1671 MHz rated by the GPU Boost clock settings out of the factory. This is great, and shows that NVIDIA and its partners continue to under promise and over deliver when it comes to clock speed ratings. Interesting, looking at the orange line in the graph above for temperature, we did see the GPU hit ~75C before the fan speeds ramped up enough to settle in at the 70C mark that EVGA had intended. I’m not sure if we’ll see a fan curve adjustment in software for this, but it was repeated (to a lesser degree) in our OC testing.

As for overclocking, I will admit that there was less headroom in our testing sample than I had originally expected. I was only able to get a 50 MHz offset running stable, even with the power limit cranked up to its maximum of 120% and the voltage increase peaked as well. Still, that did get us close to that magical 2.0 GHz mark. 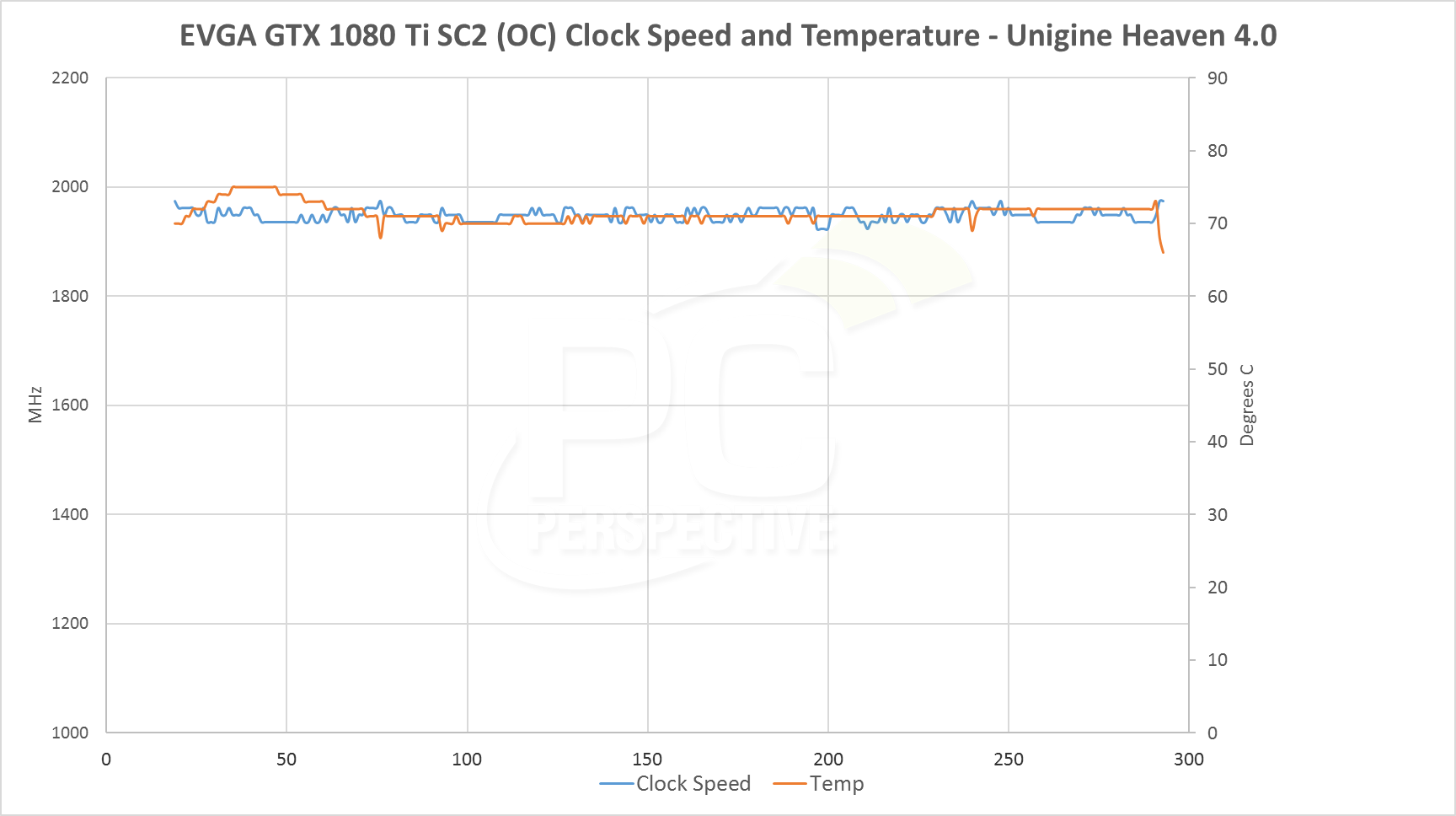 With the overclock in place in Heaven, temperatures settled in the 72-73C range while clock speed averaged almost 1950 MHz. 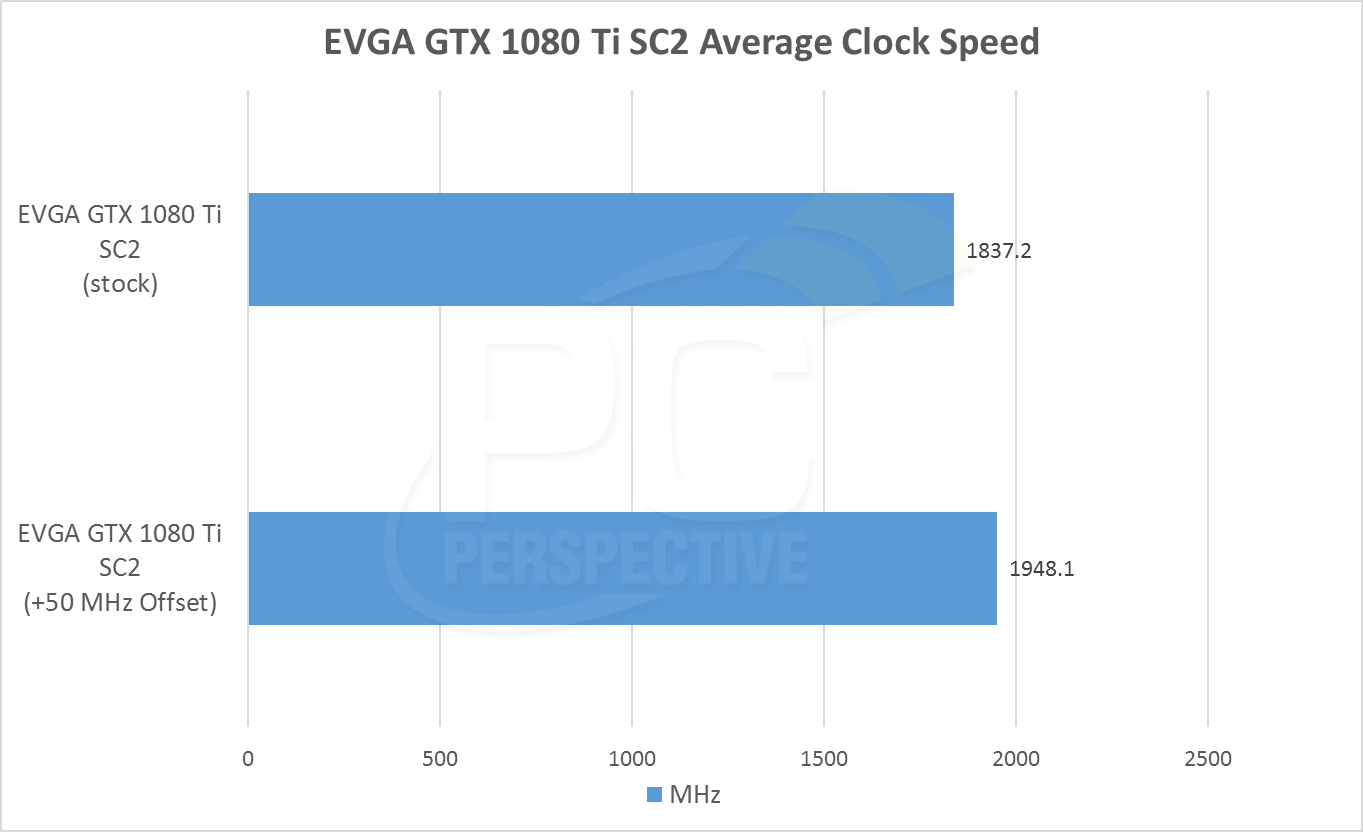 The 50 MHz offset, coupled with the power limit and voltage increases through EVGA Precision XOC software were able to net us another 111 MHz over stock settings – not too shabby for a card that launched with a 1557 MHz base clock!!

In our testing, the EVGA GeForce GTX 1080 Ti SC2 doesn’t use any additional power over the reference version of the GTX 1080 Ti. We see real-world draw in the range of 250 watts in both Rise of the Tomb Raider and The Witcher 3 testing which is within the stated TDP of the product and under the 300 watts of theoretical power draw from the combination and power sources (motherboard, two external PCIe connections).