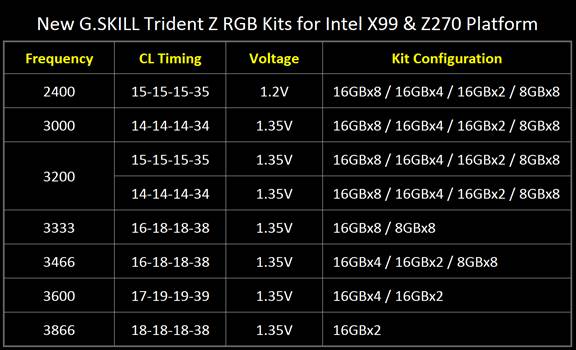 You did read that correctly, the new Trident Z RGB kit consists of eight 16GB DIMMs which should give you more than enough memory to play with in a variety of ways, including a decent sized RAM drive. There are also some smaller kits available as well as different frequencies, something that Ryzen users should take a peek at as AMD's new chip loves fast RAM.  They do not specify AMD support but one would expect to be able to utilize these chips. This particular kit sports timings of CL16-18-18-38 and below you can see the sizes, frequencies and timings of the other Trident Z RGB kits.

As the name implies, these DIMMs do indeed have LEDs on them, supporting a wide variety of colours and with a variety of modes so you can have dynamic lighting effects, if that is your desire.  You can see a video of them in action below.

PR below the fold

Since the widely-acclaimed launch of Trident Z RGB memory series in December 2016, G.SKILL focused heavily on bringing high performance DDR4 16GB RGB modules to the Intel X99 platform. Now, the Trident Z RGB is available in full sets of 8 modules for a total of 64GB (8GBx8) or 128GB (16GBx8) capacity, along with lighting control software support for the Intel X99 platform from most major motherboard vendors. To commemorate the addition of X99 support, a new Trident Z RGB trailer is available to show the vivid full-range RGB lighting effect.

Adding X99-Optimized Memory Kits
In the never-ending pursuit of performance, G.SKILL is proud to announce RGB memory kits sustaining memory frequencies up to a blistering DDR4-3466MHz CL16-18-18-38 in 8GBx8 and DDR4-3333MHz CL16-18-18-38 in 16GBx8 configurations, which are perfect for any high performance workstation or gaming PCs.

Availability & XMP 2.0 Support
These new Trident Z RGB memory kits are scheduled to be released in May 2017, with XMP 2.0 support for a trouble-free overclocking setup and are backed by G.SKILL’s limited lifetime warranty. 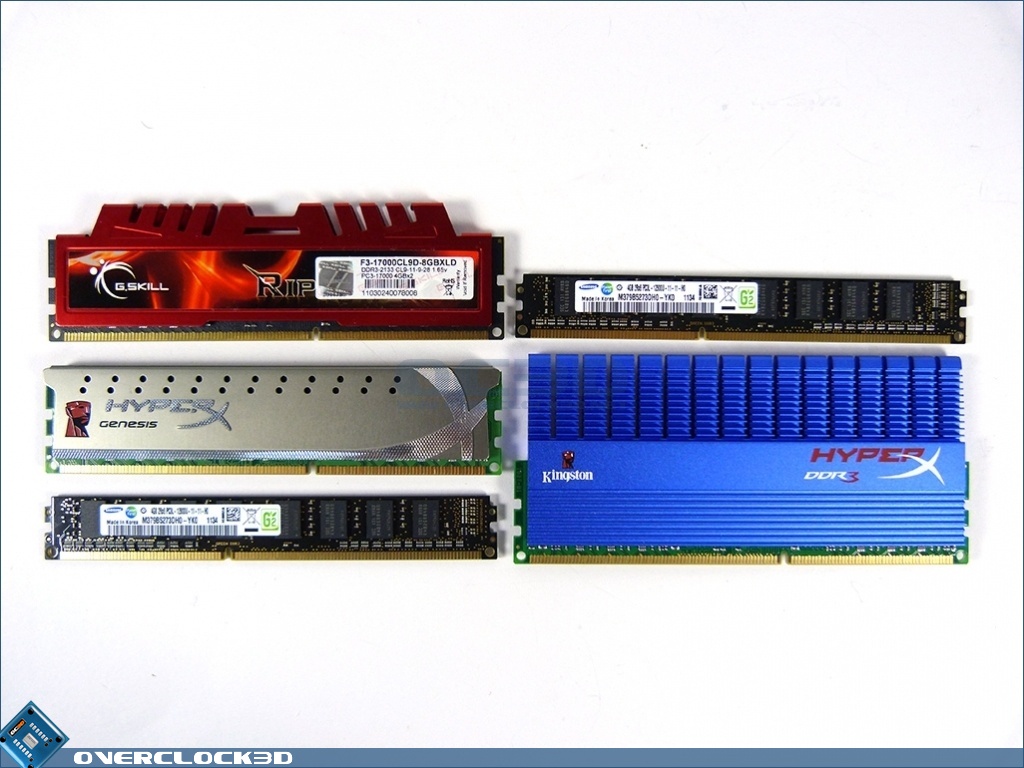 Need to ram some DIMMs into a tight area? Samsung’s got your back 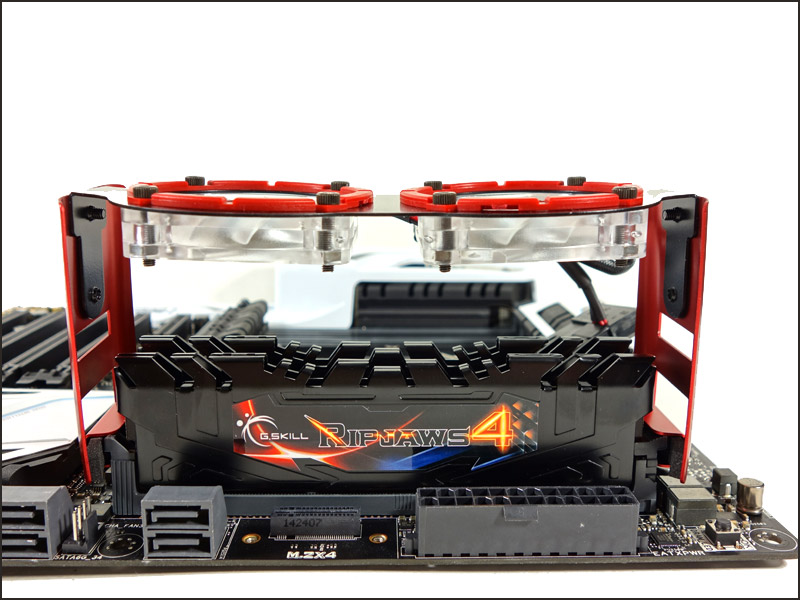