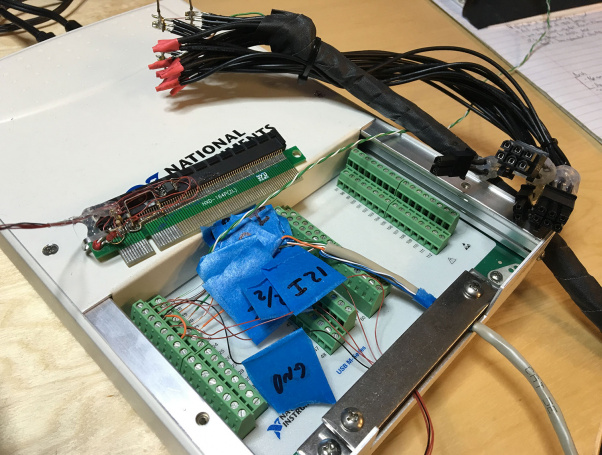 There are several interesting things to gleam from this data. First, we measure the power draw of the MSI RX 580 Gaming X card at 200 watts total. That is about 30 watts more than the Radeon RX 480 from ASUS that we measure at 170 watts of power draw. For this particular game, Rise of the Tomb Raider, we saw a 1-4% improvement in performance (though the 1% was at our tested 2560×1440 resolution). This comes a power penalty of 17%!

By contrast, the GTX 1060 6GB card from EVGA is 3-6% faster than the RX 580 yet shows only 115-120 watts of power being used! That gives us an 80 watt advantage in power consumption in favor of the GTX 1060 6GB card, a 66% difference! It would be a drastic understatement to say that this result shows Pascal as the superior GPU in terms of performance efficiency.

In Witcher 3, the results are very similar. Based on our measurement the RX 580 pulls over 200 watts, the RX 480 uses 175 watts, and the GTX 1060 6GB uses 125 watts. If you are a user at all interested in temperatures, noise and thermals in your system, this is something worth noting.

As for the potential for overdraw from any single source of power, how does the power distribution break down between the motherboard slot and 8-pin/6-pin power connection with the RX 580 from MSI? 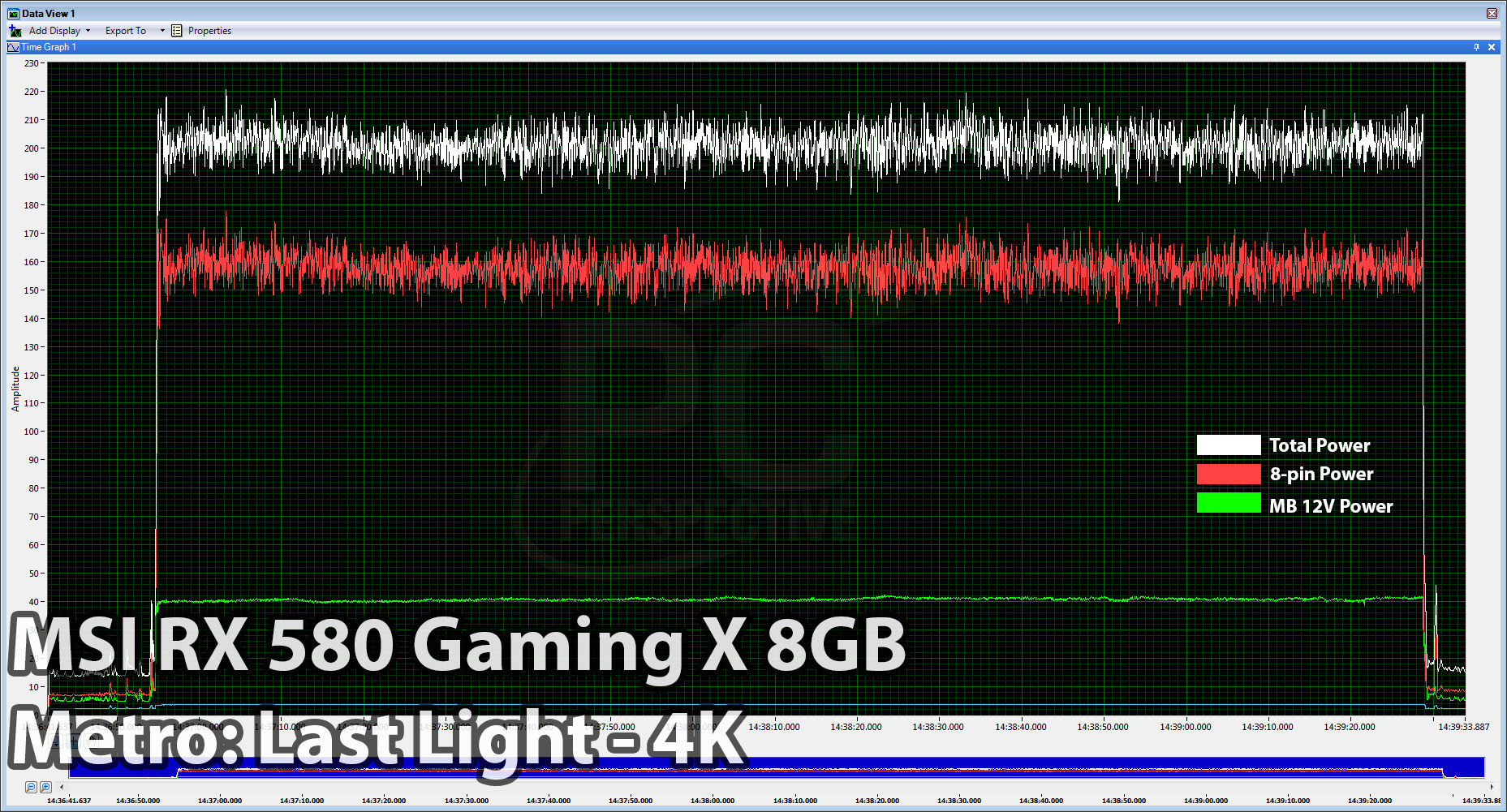 Metro: Last Light represents one of our worst case scenarios and indicates the MSI RX 580 Gaming X 8GB card is using nearly 210 watts. Interestingly, only 40 watts of that is coming through the PCIe bus on the motherboard while the other 170 watts is being pushed through the 8-pin power connector from the power supply. While I realize that is over the 150 watt specification for those connections, modern power supplies are overbuilt to such a degree that this result doesn't really bother us. As we see more overclocked RX 580 cards hit the market though, it's worth keeping an eye on and monitoring how particular power supplies handle the strain.