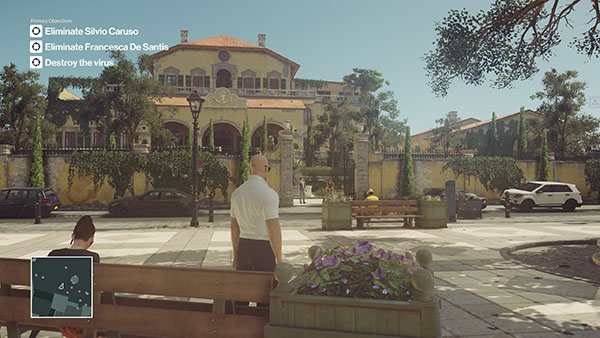 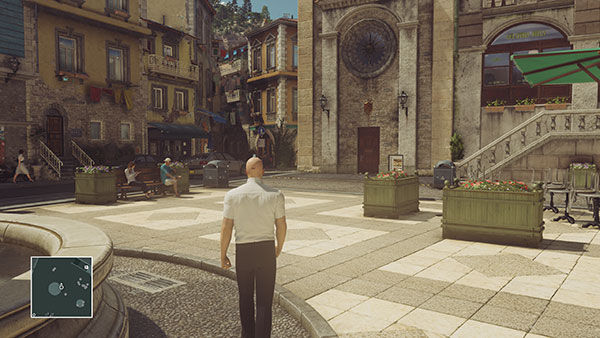 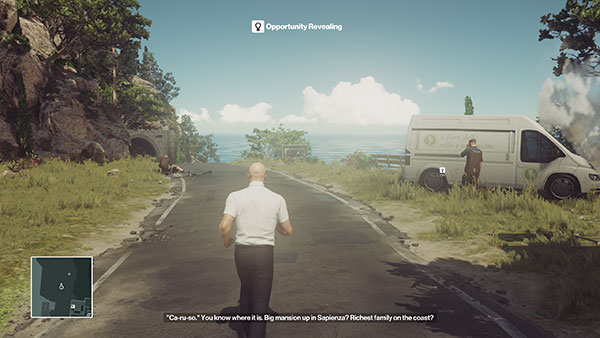 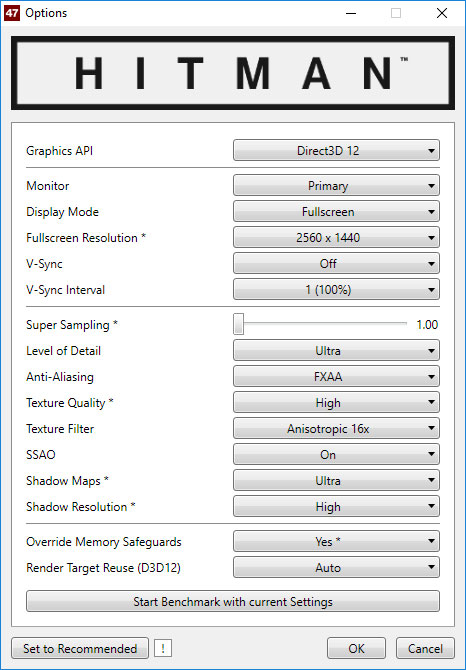 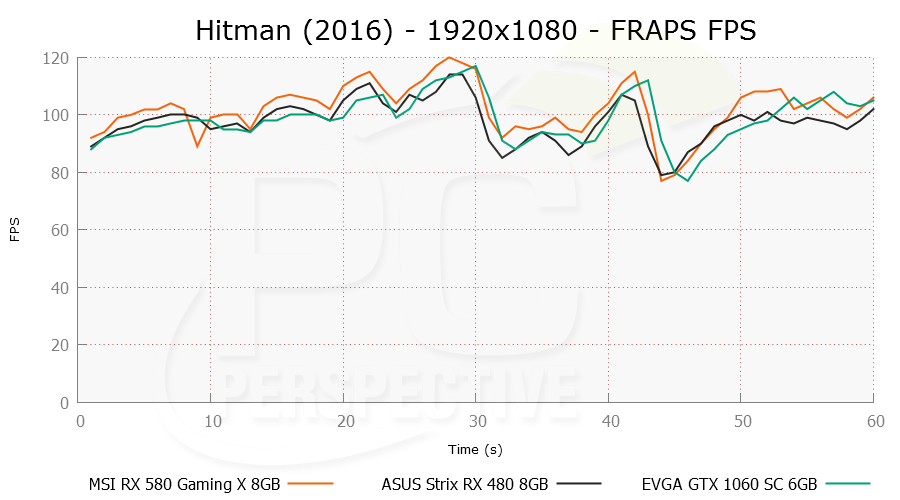 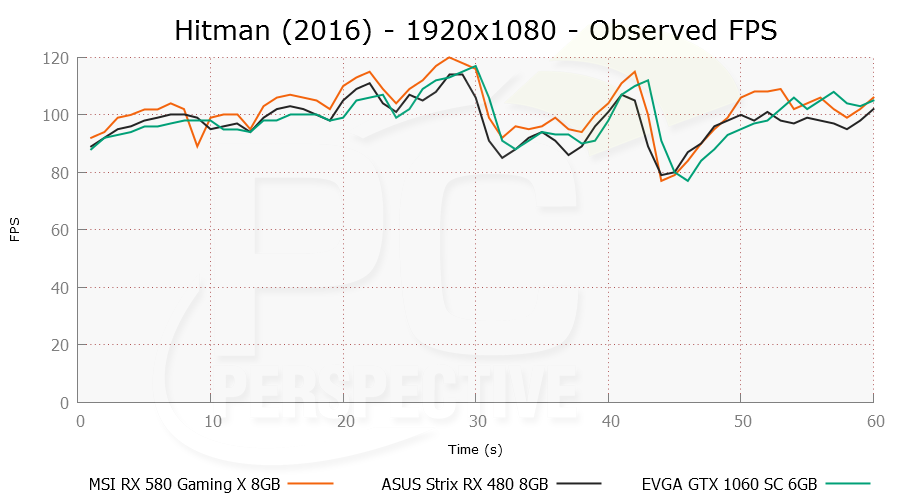 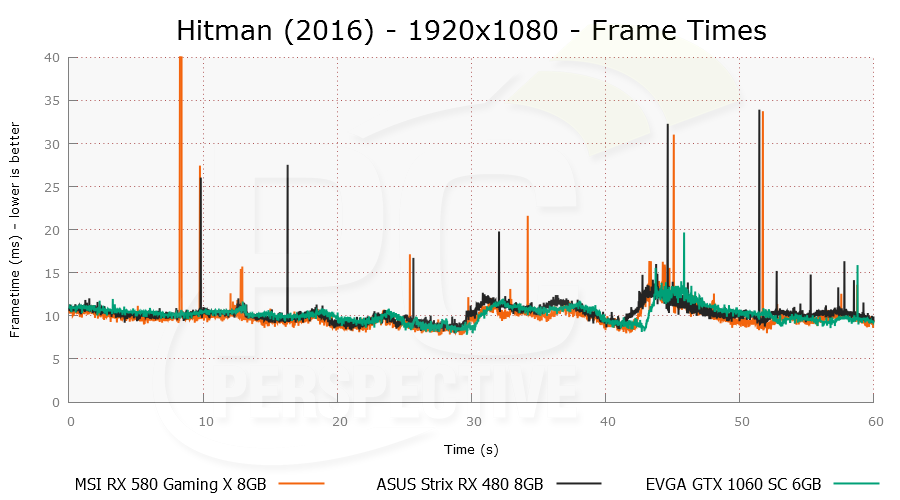 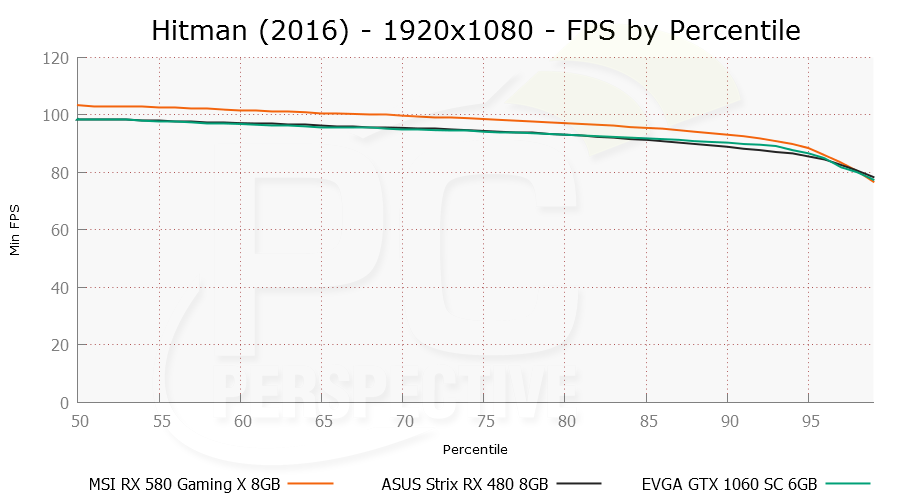 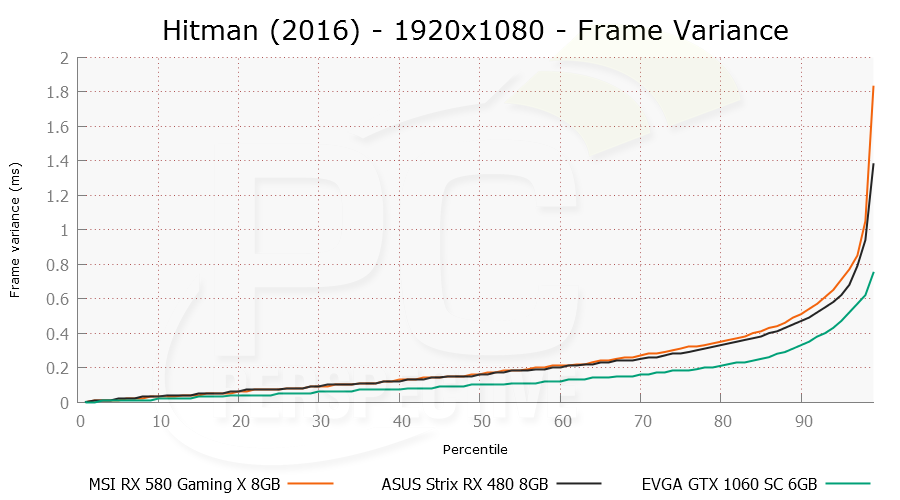 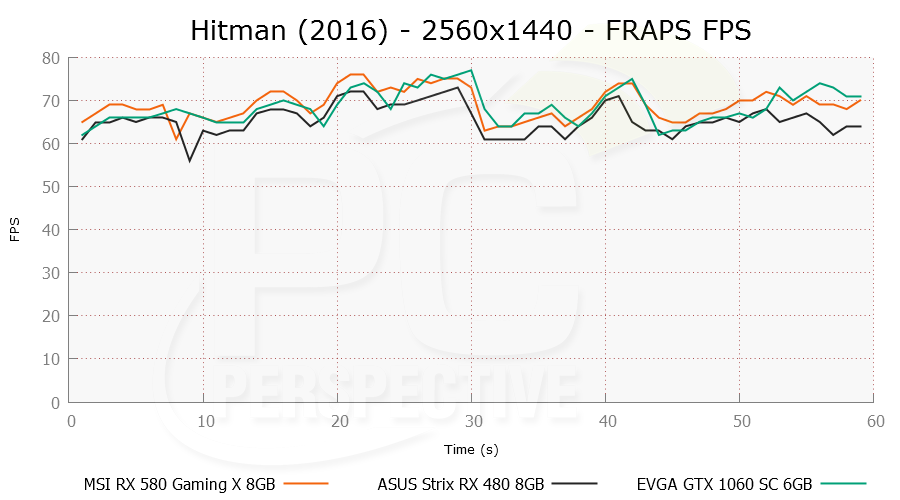 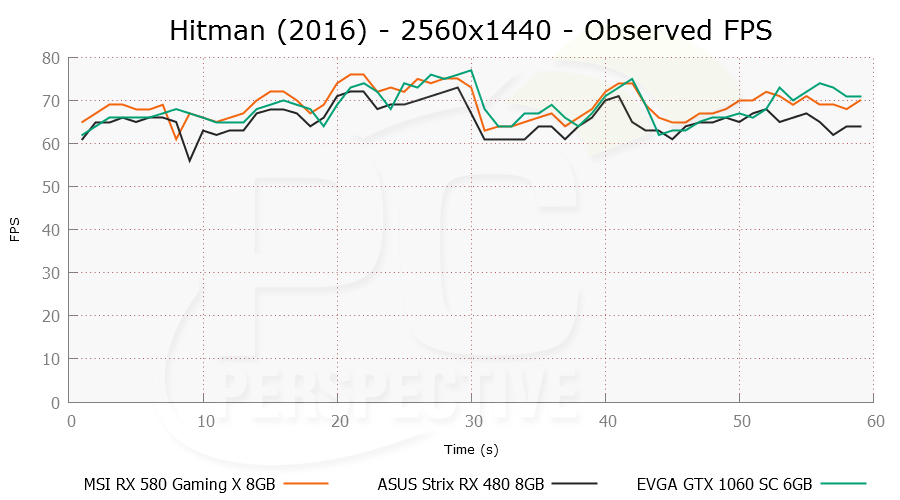 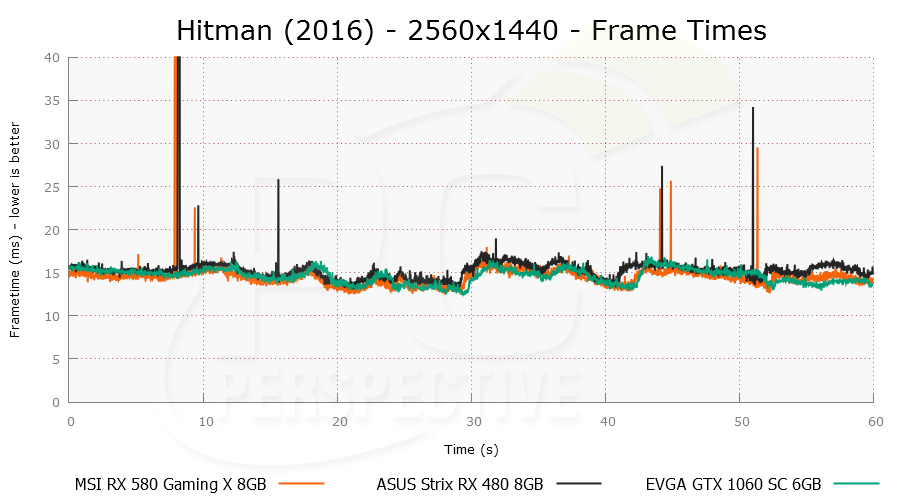 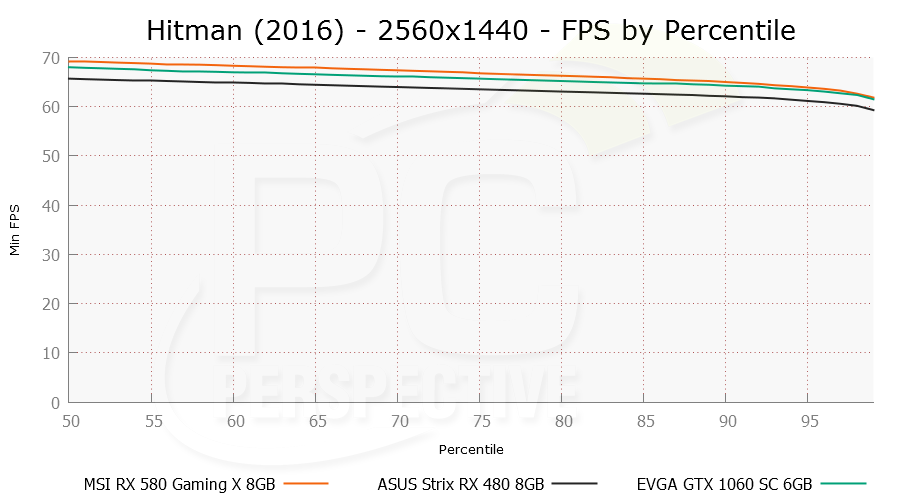 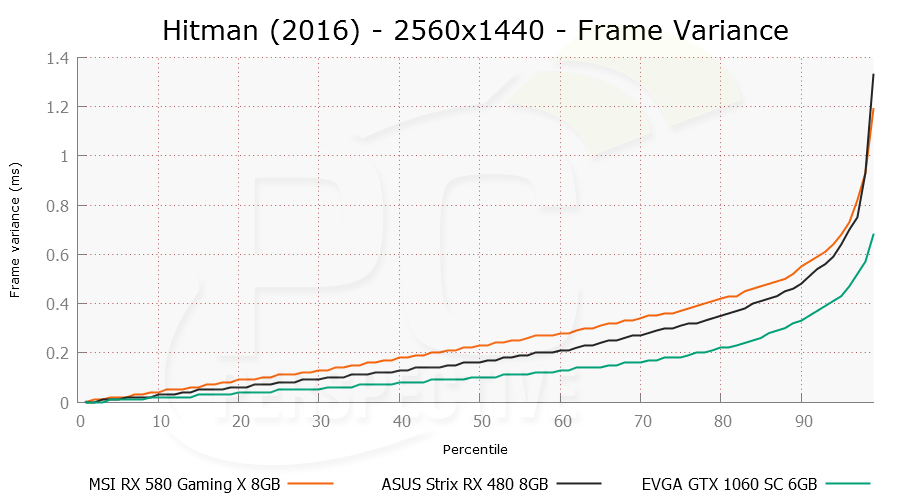 Hitman running under DX12 is one of the better outcomes for the new Radeon RX 580, besting the overclocked GTX 1060 by 5% at 1080p and 2% at 1440p. Compared to the Strix RX 480, the MSI RX 580 is 5-6% faster depending on the resolution. Though all three cards have great results in terms of low frame time variance, I did notice consistent but infrequent hitches with the AMD hardware, both RX 480 and RX 580, at a few repeatable locations.