AMD is finally releasing the Ryzen 5 processors today to take on Intel’s Core i5 line.

When AMD launched the Ryzen 7 processors last month to a substantial amount of fanfare and pent up excitement, we already knew that the Ryzen 5 launch would be following close behind. While the Ryzen 7 lineup was meant to compete with the Intel Core i7 Kaby Lake and Broadwell-E products, with varying levels of success, the Ryzen 5 parts are priced to go head to head with Intel's Core i5 product line.

AMD already told us the details of the new product line including clock speeds, core counts and pricing, so there is little more to talk about other than the performance and capabilities we found from our testing of the new Ryzen 5 parts. Starting with the Ryzen 5 1600X, with 6 cores, 12 threads and a $249 price point, and going down to the Ryzen 5 1400 with 4 cores, 8 threads and a $169 price point, this is easily AMD's most aggressive move to date. The Ryzen 7 1800X at $499 was meant to choke off purchases of Intel's $1000+ parts; Ryzen 5 is attempting to offer significant value and advantage for users on a budget.

Today we have the Ryzen 5 1600X and Ryzen 5 1500X in our hands. The 1600X is a 6C/12T processor that will have a 50% core count advantage over the Core i5-7600K it is priced against but a 3x advantage in thread count because of Intel's disabling of HyperThreading on Core i5 desktop processors. The Ryzen 5 1500X has the same number of cores as the Core i5-7500 it will be pitted against, but 2x the thread count. 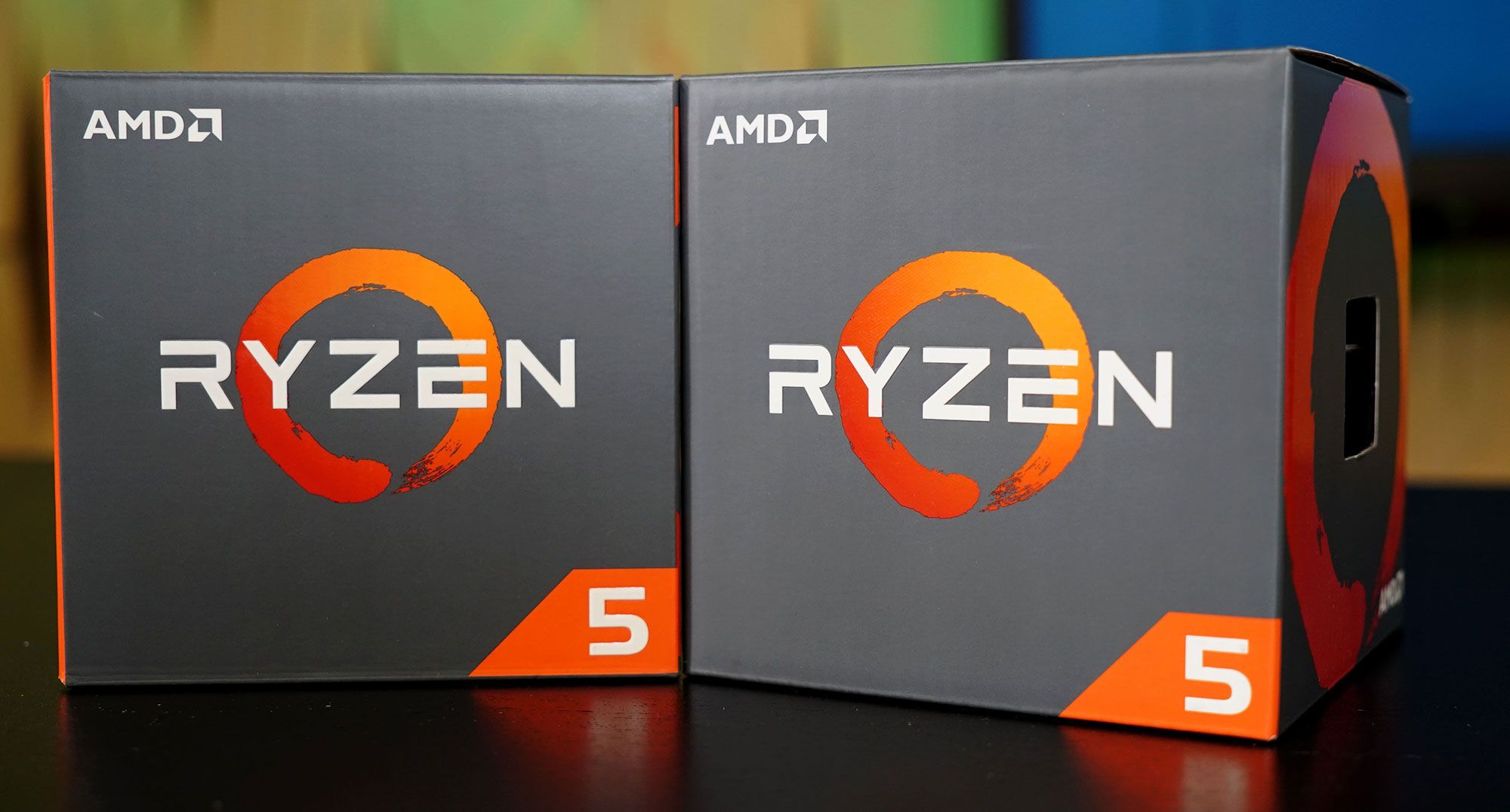 How does this fare for AMD? Will budget consumers finally find a solution from the company that has no caveats?

Though we have already seen these details from AMD's release last month, it's a good idea to go over the details once again.

Clearly the Ryzen 5 1600X and 1600 have a big advantage in core count and thread count over the Core i5 processors. With 6-cores and 12-threads on both of those parts, any application or workload that can take advantage of multi-threaded configuration will see an immediate advantage on the AMD hardware. With 50% more cores and 3x the thread count, programs like Handbrake and Blender will excel on Ryzen 5 over Core i5.

The Ryzen 5 1500X is priced at $189 and competes directly with the Core i5-7500 and Core i5-7400, the most interesting of which is the 7500. Both have 4 cores but only the Ryzen has SMT enabled, giving the AMD hardware an advantage in any multi-threaded capable software.

Though this review is not going to have a big focus on the chipset and motherboard itself, it is worth noting at the low-cost B350 motherboards that AMD foresees being paired with the Ryzen 5 processors have a feature advantage over the Intel equivalent B250 chipset motherboards. AMD built this chipset to support overclocking in an identical manner as the X370 chipset, with the only major difference being support for a single GPU rather than dual GPUs. On the contrary, the Intel B250 motherboards do NOT support overclocking; that includes both multiplier and CPU overclocking as well as support for memory speeds over 2400 MHz. 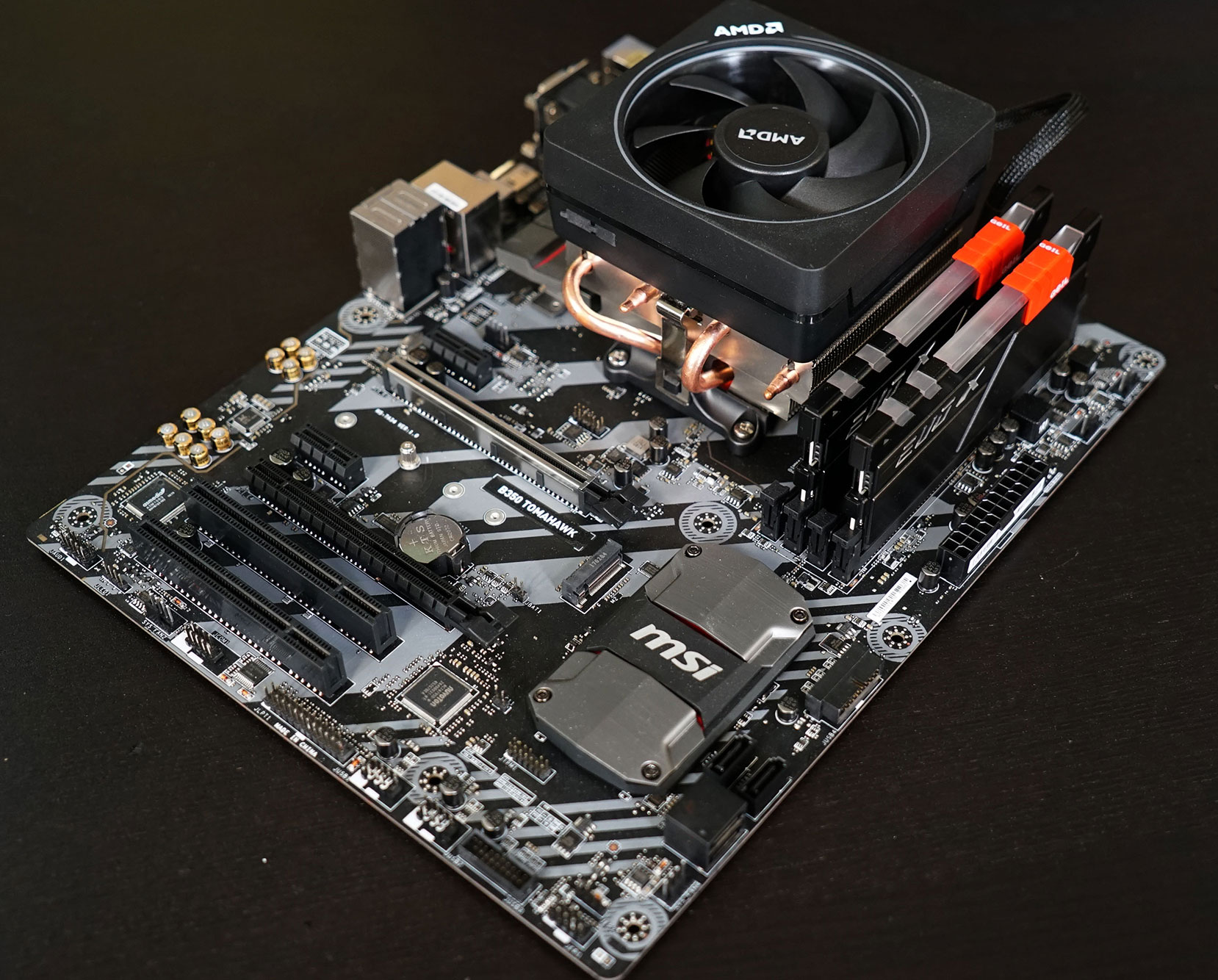 For price equivalent motherboard and platforms, that differnce is meaningful, giving consumers more flexibility and capability in their new system with AMD.