AMD has revealed their concept of a premium reference GPU for the upcoming Radeon Vega launch, with the "Frontier Edition" of the new graphics cards.

"Today, AMD announced its brand-new Radeon Vega Frontier Edition, the world’s most powerful solution for machine learning and advanced visualization aimed to empower the next generation of data scientists and visualization professionals — the digital pioneers forging new paths in their fields. Designed to handle the most demanding design, rendering, and machine intelligence workloads, this powerful new graphics card excels in: 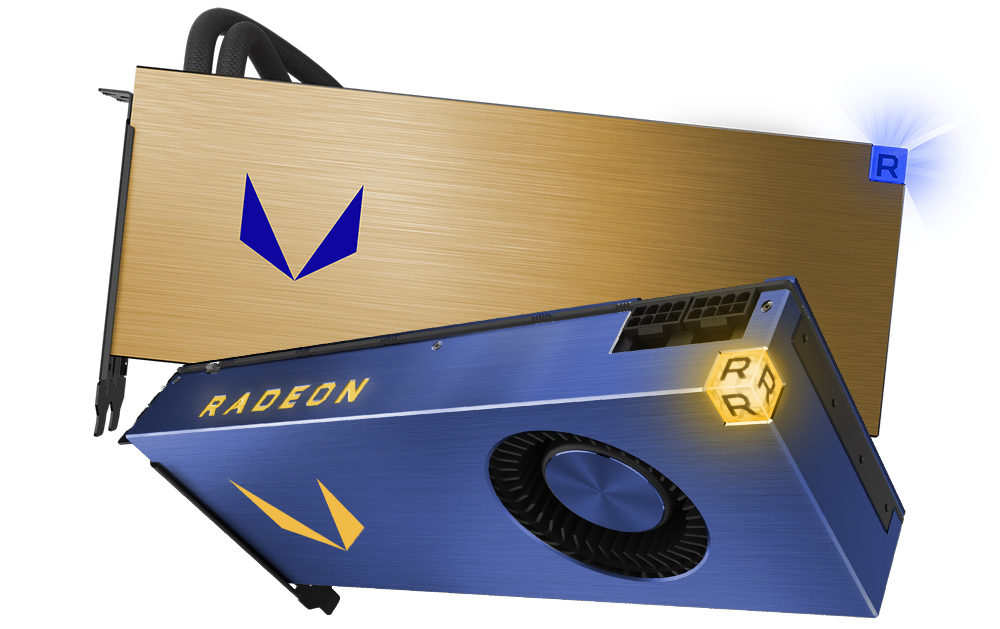 From the image provided on the official product page it appears that there will be both liquid-cooled (the gold card in the background) and air-cooled variants of these "Frontier Edition" cards, which AMD states will arrive with 16GB of HBM2 and offer 1.5x the FP32 performance and 3x the FP16 performance of the Fury X.

The availability of the Radeon Vega Frontier Edition was announced as "late June", so we should not have too long to wait for further details, including pricing.