AMD has formally announced their EPYC CPUs. While Sebastian covered the product specifications, AMD has also released performance claims against a pair of Intel’s Broadwell-E Xeons. While Intel’s E5-2650 v4 processors have an MSRP of around $1170 USD, each, we don’t know how that price will compare to AMD’s offering. At first glance, pitting thirty two cores against two twelve-core chips seems a bit unfair, although it could end up being a very fair comparison if the prices align.

Patrick Moorhead, who was at the event, tweeted out photos of a benchmark where Ubuntu was compiled over GCC. It looks like EPYC completed in just 33.7s while the Broadwell-E chip took 37.2s (making AMD’s part ~9.5% faster). While this, again, stems from having a third more cores, this depends on how much AMD is going to charge you for them, versus Intel’s current pricing structure. 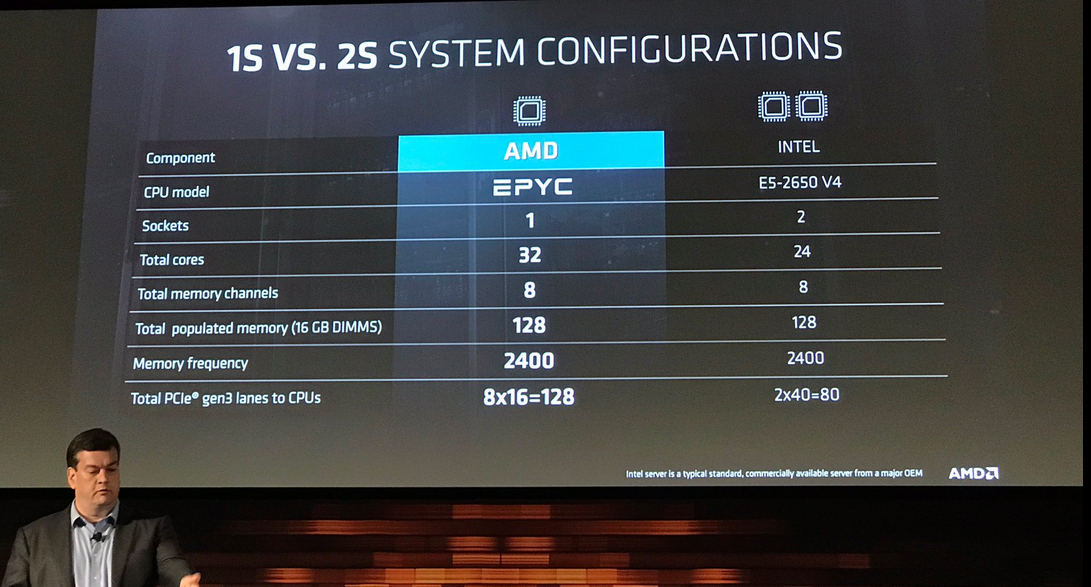 This one chip also has 128 PCIe lanes, rather than Intel’s 80 total lanes spread across two chips.

AMD’s chosen path for the next year