Alongside the announcement of Intel's Core i9 Skylake-X and Kaby Lake-X CPUs, ASUS has unveiled details of their X299 motherboards. While we've already taken a look updates to the Republic of Gamers line of products, ASUS also released details about their "Prime" and "TUF" X299 products.

The Prime line of motherboards from ASUS are their entry-level options for any given platform. However just because they are the lowest cost boards doesn't mean that they are lacking in features.

All X299 Prime motherboards feature 3-way SLI thanks to the additional PCIe lanes available in the X299 platform (supported 44 lane CPUs are required). These available x16 slots are all reinforced with ASUS SafeSlot technology to help prevent heavy GPUs from damaging your motherboard.

The new Prime motherboards also feature the Realtek S1220A which we first saw on ASUS's Z270 products. ASUS claims that the S1220A paired with high-quality audio components on board help produce an onboard sound that rivals some dedicated sound cards.

For the storage-focused, Intel VROC technology found on ASUS's X299 boards will allow for high-speed M.2 NVMe SSD RAIDs without being bottlenecked by chipset bandwidth, unlike on the Z270 platform.

Though the use of an add-in card users will be able to RAID multiple M.2 SSDs into a bootable array, utilizing full bandwidth from the available CPU PCIe lanes. ASUS even says that you can link multiple of these VROC cards together!

In addition to these features, the Prime X299-Deluxe adds some very exciting features 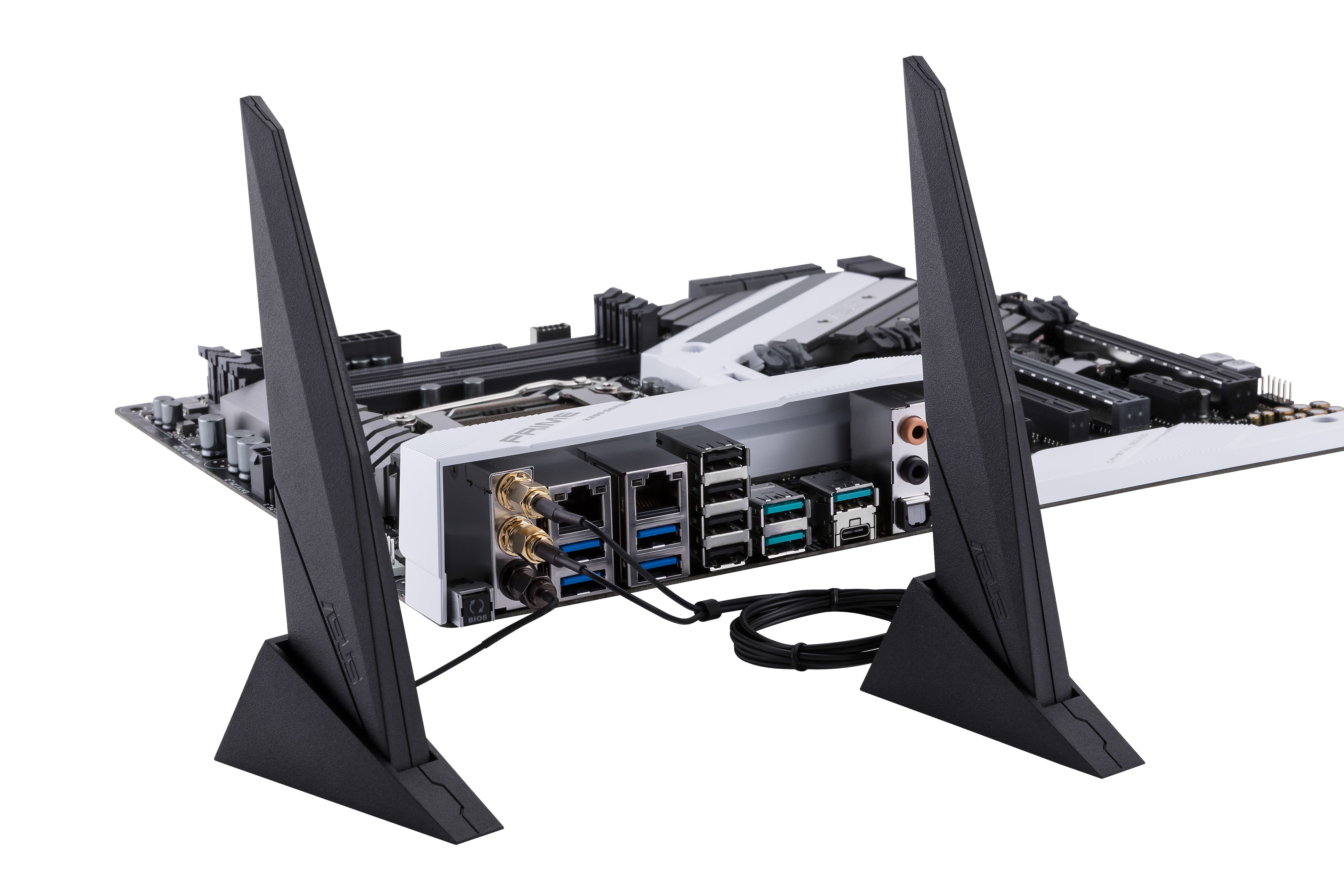 Wireless networking has seen an enhancement with the adoption of integrated 802.11ad Wi-Fi. This brand new wireless technology capable of 4.6Gbps transfer speeds uses spectrum in the 60Ghz range. While these high-speed radio waves cannot penetrate surfaces like walls, for applications like super fast file transfer between PCs in one room, or high-quality video streaming to wireless displays this should be ideal.

Along with Intel VROC support, the Prime X299-Deluxe has dual onboard M.2 Slots and a single U.2 Slot for high-speed storage options.

The new LiveDash display is a small OLED panel on the motherboard that allows you to display system statistics as well as custom animations and text for additional customization. 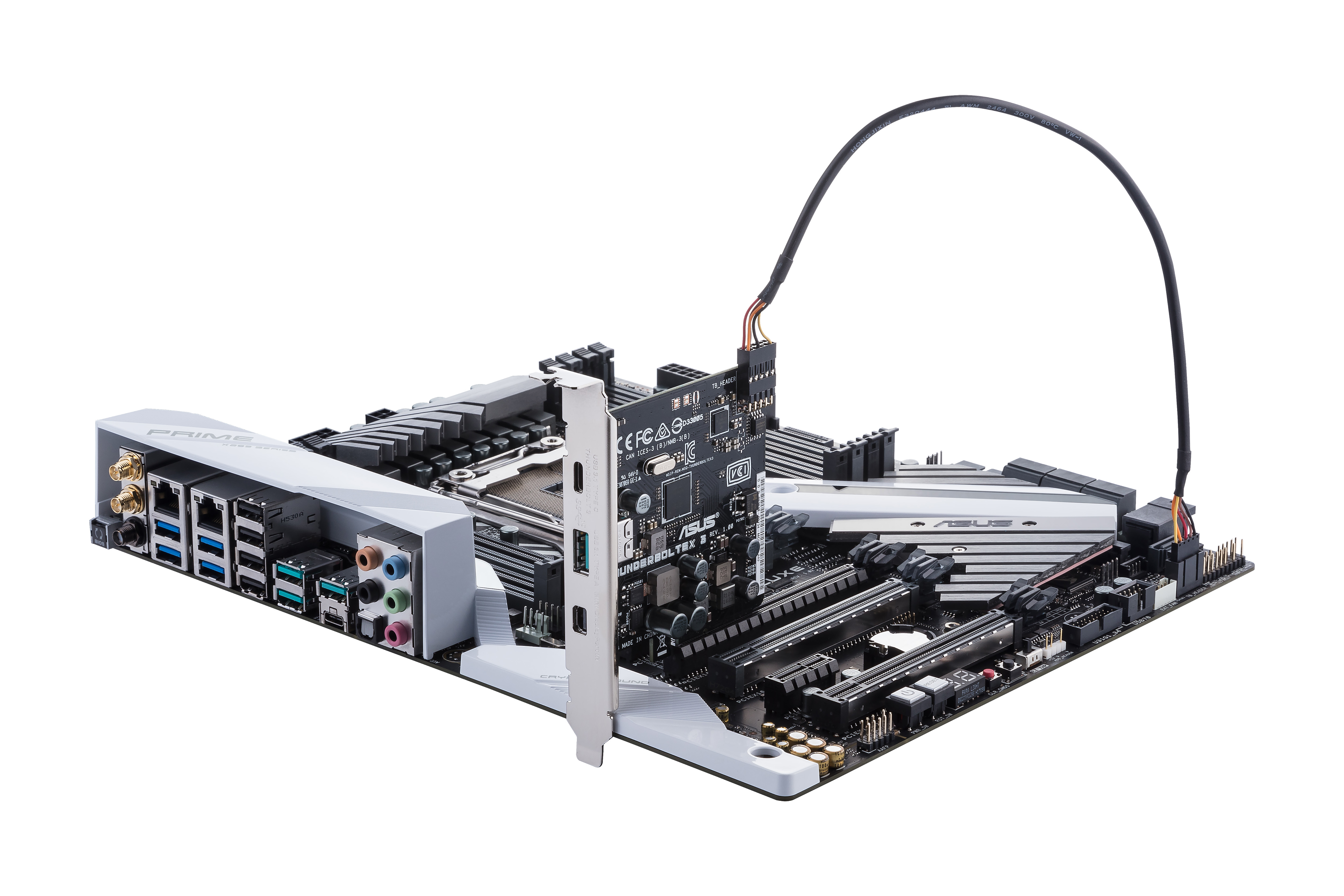 In addition to the features on the motherboard, ASUS is including their ThunderboltEX 3 expansion card with the Prime X299-Deluxe so that owners can utilize Thunderbolt 3 technology with up to 40Gbps of bandwidth.

The TUF line has always been focused on ultimate reliability and durability. This is accomplished with high-quality components and more stringent testing standards than other products. 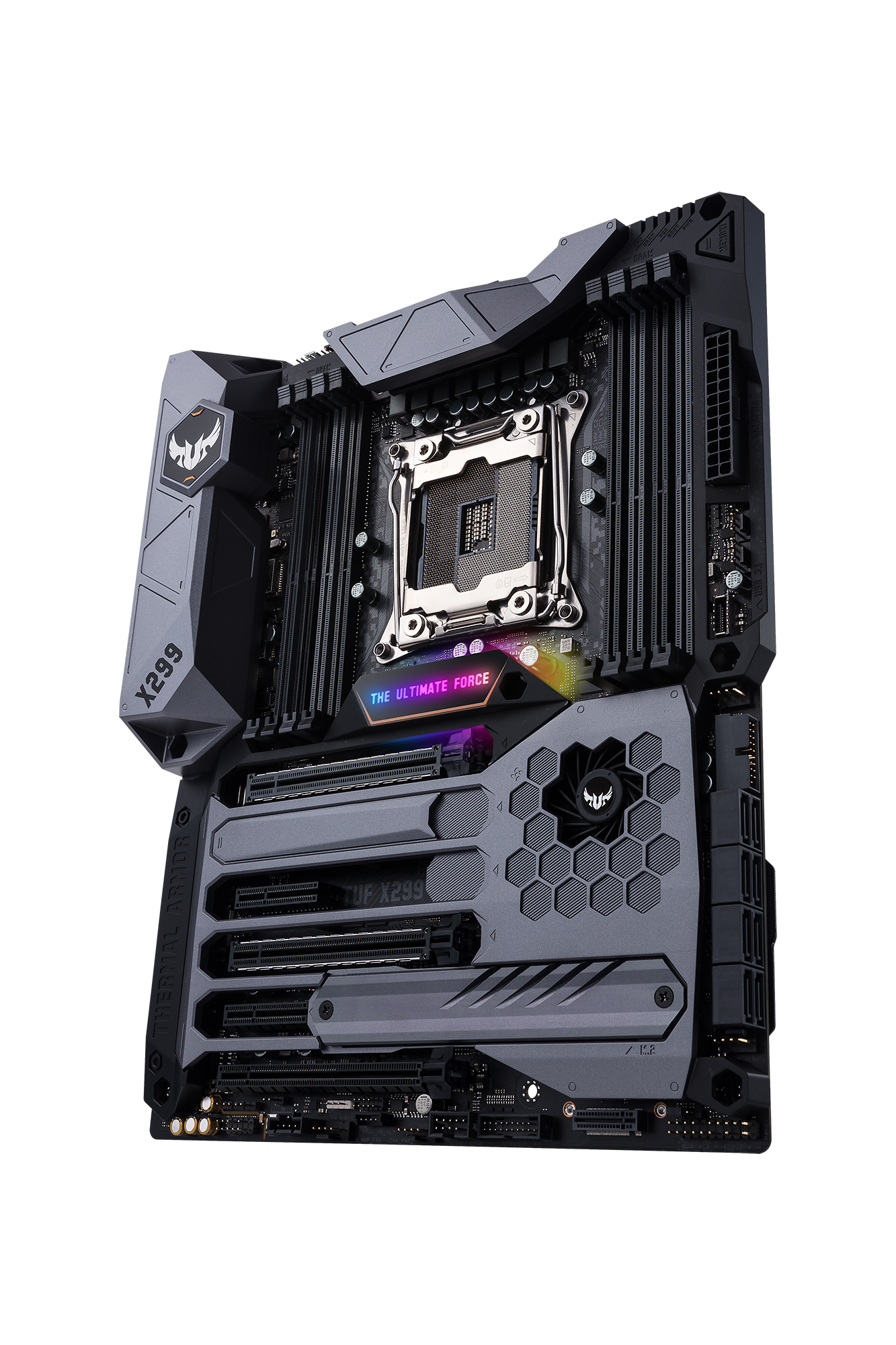 The ASUS TUF X299 Mark 1 is the all-new flagship motherboard for the TUF line. Redesigned Thermal Armor design helps to streamline airflow across the motherboard while also providing cooling to the onboard M.2 slot.

The Fortifier backplate uses a carefully shaped metal plate to stiffen the board to prevent warping. A removable GPU holder is also supplied to help support the weight of heavy graphics cards.

The new version of ASUS TUF Detective software allows users to perform diagnostics wirelessly over an included USB Bluetooth adapter rather than depending on a wired connection like the previous implementation. 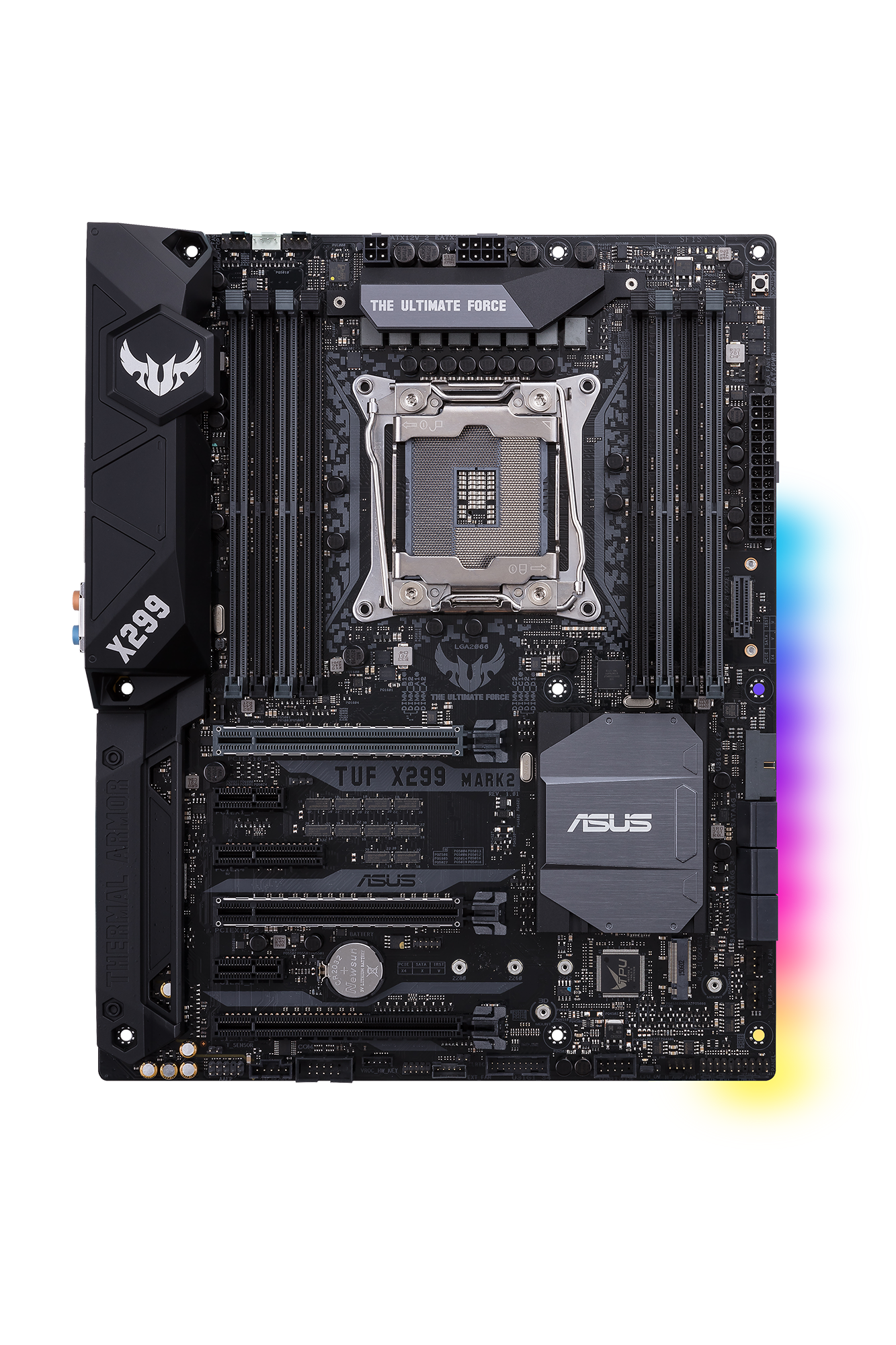 The TUF X299 Mark 2 removes the Thermal Armor and Fortifier, but retains all of the great reliability and durability aspects of the TUF Mark 2,