The idea behind this technology differentiation centers around gaming notebooks that have seen limited evolution over the last several years in form factor and design. The biggest stereotype of gaming notebooks today is that they must big, bulky and heavy to provide a competitive gaming experience when compared to desktop computers. NVIDIA is taking it upon itself to help drive innovation forward in this market, in some ways similar to how Intel created the Ultrabook.

Using “typical” specifications from previous machines using a GeForce GTX 880M (admittedly a part that came out in early 2014), NVIDIA claims that Max-Q Designs will offer compelling gaming notebooks with half the weight, nearly a third of the thinness yet still see 3x the performance. Utilizing a GeForce GTX 1080 GP104 GPU, the team is focusing on four specific hardware data points to achieve this goal.

First, NVIDIA is setting specifications of the GPUs in this design to run at their maximum efficiency point, allowing the notebook to get the best possible gaming performance from Pascal with the smallest amount of power draw. This is an obvious move and is likely something that has been occurring for a while, but further down the product stack. It’s also likely that NVIDIA is highly binning the GP104 parts to filter those that require the least amount of power to hit the performance target of Max-Q Designs.

Second, NVIDIA is depending on the use of GeForce Experience software to set in-game settings optimally for power consumption. Though details are light, this likely means running the game with frame rate limiting enabled, keeping gamers from running at refresh rates well above their screen’s refresh rate (static or G-Sync) which is an unnecessary power drain. It could also mean lower quality settings than we might normally associate with a GeForce GTX 1080 graphics card.

Comparing a 3-year old notebook versus a Max-Q Design

The third and fourth points are heavily related: using the best possible cooling solutions and integrating the best available power regulators targeting efficiency. The former allows the GPU to be cooled quickly, and quietly (with a quoted sub-40 dbA goal), keeping the GTX 1080 at its peak efficiency curve. And putting the GPU in that state without inefficient power delivery hardware would be a waste, so NVIDIA is setting standards here too.

UPDATE: From the NVIDIA news release just posted on the company's website, we learned of a couple of new additions to Max-Q Design:

Jensen showed an upcoming ASUS Republic of Gamers notebook called Zephyrus that hit all of these targets – likely NVIDIA’s initial build partner. On it they demonstrated Project Cars 2, an impressive looking title for certain. No information was given on image quality settings, resolutions, frame rates, etc. 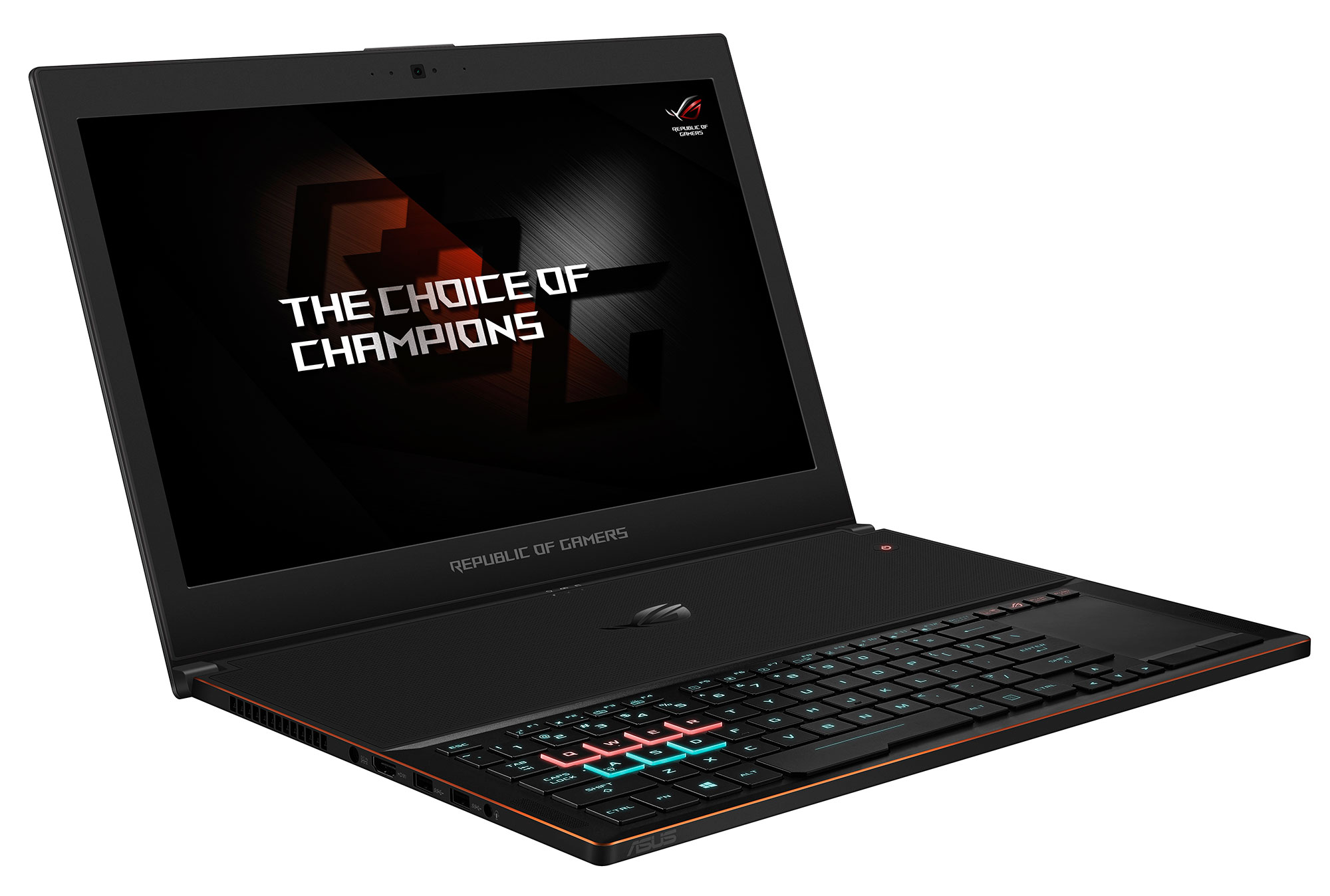 This design standard is impressive, and though I assume many gamers and OEMs will worry about having an outside party setting requirements for upcoming designs, I err on the side this being a necessary step. If you remember notebooks before the Intel Ultrabook push, they were stagnant and uninspiring. Intel’s somewhat forceful move to make OEMs innovate and compete in a new way changed the ecosystem at a fundamental level. It is very possible that GeForce GTX with Max-Q Design will do the same thing for gaming notebooks.

An initiative like this continues NVIDIA’s seeming goal of creating itself as the “PC brand”, competing more with Xbox and PlayStation than with Radeon. Jensen claimed that more than 10 million GeForce gaming notebooks were sold in the last year, exceeding the sales of Xbox hardware in the same time frame. He also called out the ASUS prototype notebook as having compute capability 60% higher than that of the PS4 Pro. It’s clear that NVIDIA wants to be more than just the add-in card leader, more than just the leader in computer graphics. Owning the ecosystem vertical gives them more control and power to drive the direction of software and hardware. 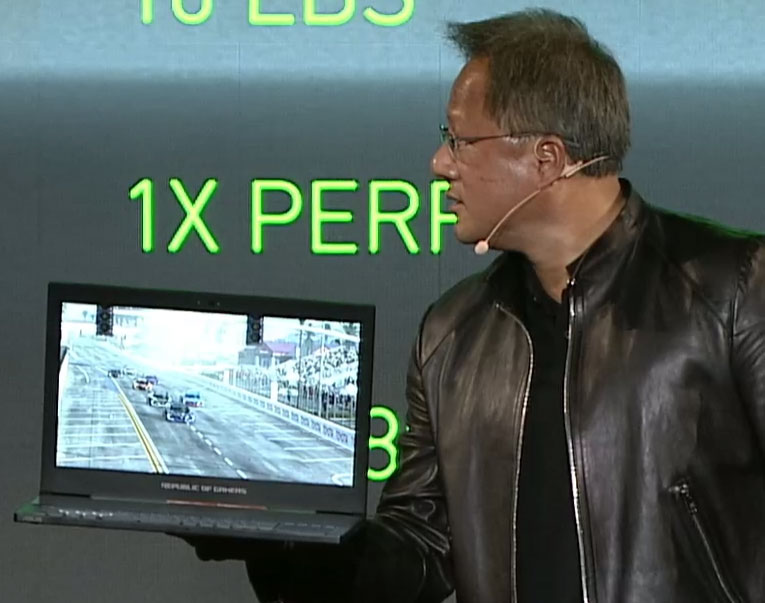 So, does the Max-Q Design technology change anything? Considering the Razer Blade B5 is already under 18mm thin, the argument could be made that the market was already going down this path, and NVIDIA is simply jumping in to get credit for the move. Though Razer is a great partner for NVIDIA, they are likely irked that NVIDIA is going to push all OEMs to steal some of the thunder from this type of design that Razer started and evangelized.

That political discussion aside, Max-Q Design will bring new, better gaming notebook options to the market from many OEMs, lowering the price of entry for these flagship designs. NVIDIA did not mention anything about cost requirements or segments around Max-Q, so I do expect the first wave of these to be on the premium end of the scale. Over time, as cost cutting measures come into place, and the necessity of thinner, lighter gaming notebooks is well understood, Max-Q Designs could find itself in a wide range of price segments.