Gigabyte's Aorus branded GTX 1080 Ti Xtreme Edition 11G just arrived on our Hardware Leaderboard, not in small part due to this review at The Tech Report.  The card utilizes the same triple fans moving air over five copper heat pipes combined with a mess of fins and a large copper plate as the non-Ti Xtreme card we have seen previously.  That cooler allows the card to be clocked at 1632MHz base, 1746MHz Boost with memory hitting over 2.8GHz right out of the box and with Afterburner you can reach even higher.  TR's testing shows that this does have a noticeable effect on performance compared to the Founder's Edition cards.

"Aorus' GeForce GTX 1080 Ti Xtreme Edition 11G promises to unshackle the GP102 GPU from the constraints of a reference board. We run this card through our gauntlet of performance and noise testing to see whether it's worth the premium over Nvidia's GeForce GTX 1080 Ti Founders Edition." 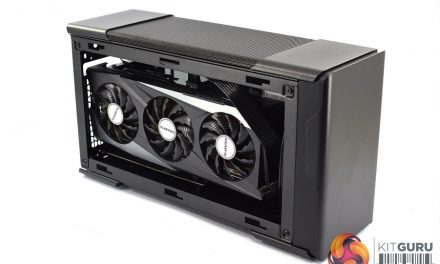