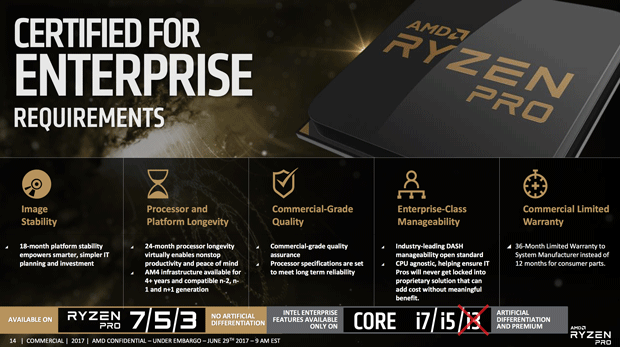 The speeds and core counts are not the most important features of these chips however, it is the features they share with AMD's soon to arrive EPYC chips.  AMD Secure Processor features, TPM 2.0 and DASH which offers features similar to Intel's vPro architecture.  This one area in which AMD offers a broader choice of products than Intel whose Core i3 parts do not support enterprise features; at least not yet.  Click the link above to check out more.

"AMD's Ryzen Pro platform blends business-class security and management features with the performance of the Zen architecture. We take an early look at how AMD plans to grapple with Intel in the battle for the standard corporate desktop."