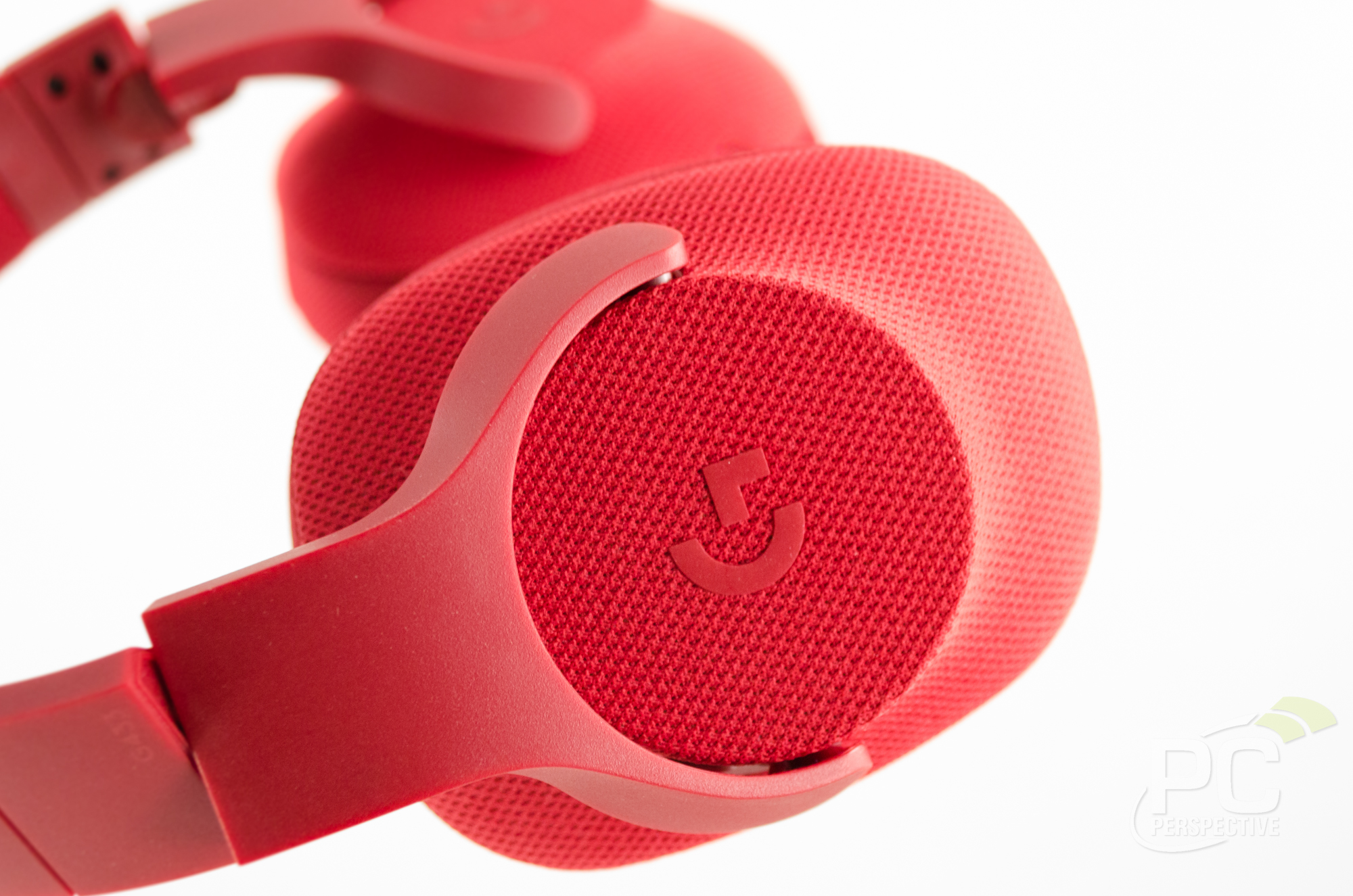 We test out the newest Pro-G driven surround headset

Logitech has been releasing gaming headphones with a steady regularity of late, and this summer we have another new model to examine in the G433 Gaming Headset, which has just been released (along with the G233). This wired, 7.1-channel capable headset is quite different visually from previous Logitech models as is finished with an interesting “lightweight, hydrophobic fabric shell” and offered in various colors (our review pair is a bright red). But the G433’s have function to go along with the style, as Logitech has focused on both digital and analog sound quality with this third model to incorporate the Logitech’s Pro-G drivers. How do they sound? We’ll find out! 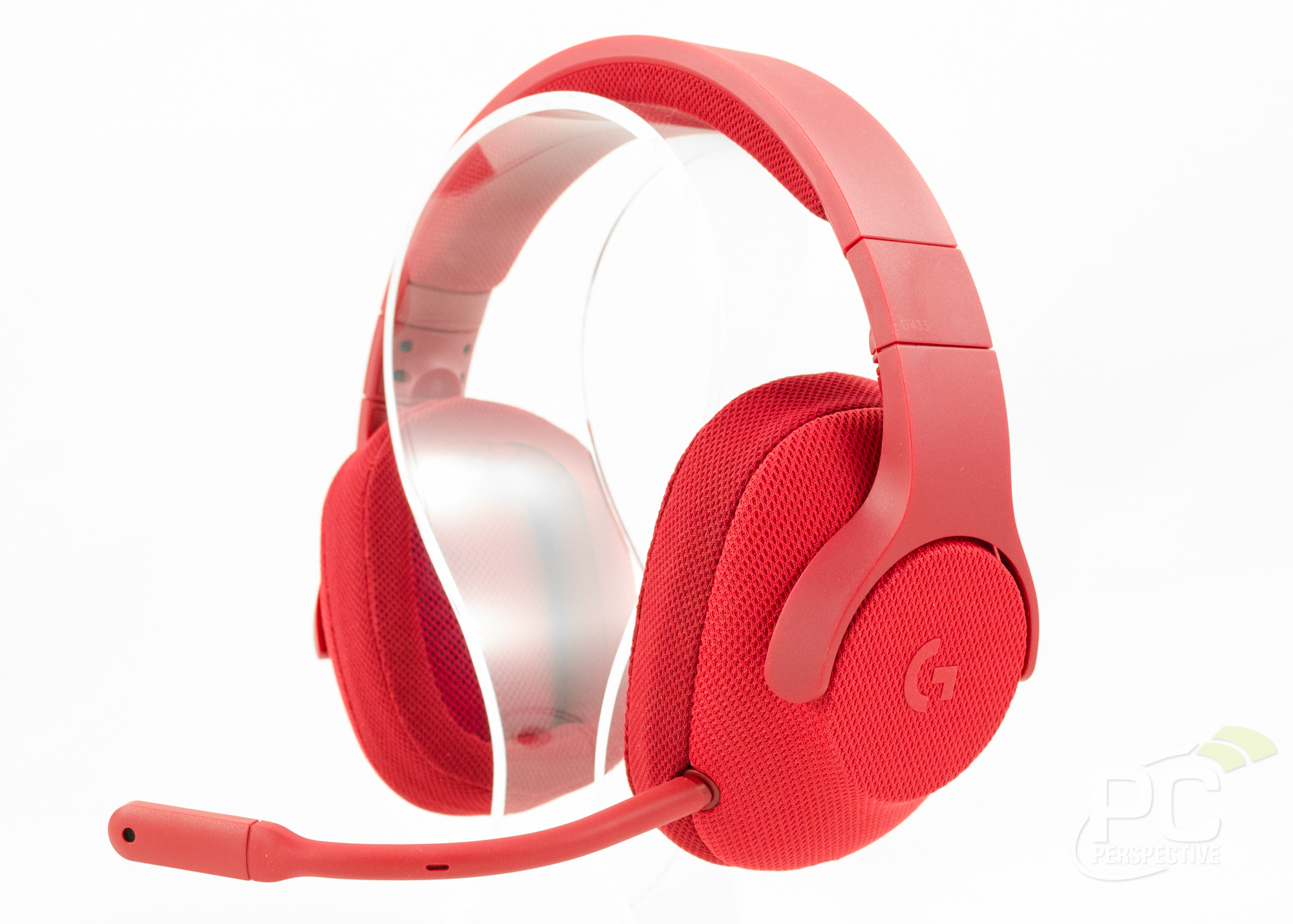 One of the main reasons to consider a gaming headset like this in the first place is the ability to take advantage of multi-channel surround sound from your PC, and with the G433’s (as with the previously reviewed G533) this is accomplished via DTS Headphone:X, a technology which in my experience is capable of producing a convincing sound field that is very close to that of multiple surround drivers. All of this is being created via the same pair of left/right drivers that handle music, and here Logitech is able to boast of some very impressive engineering that produced the Pro-G driver introduced two years ago. An included DAC/headphone amp interfaces with your PC via USB to drive the surround experience, and without this you still have a standard stereo headset that can connect to anything with a 3.5 mm jack. 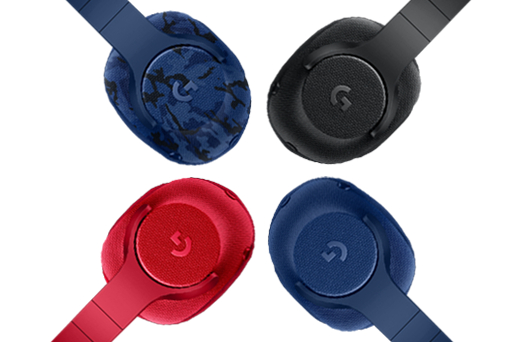 The G433 is available in four colors, of which we have the red on hand today

If you have not read up on Logitech’s exclusive Pro-G driver, you will find in their description far more similarities to an audiophile headphone company than what we typically associate with a computer peripheral maker. Logitech explains the thinking behind the technology:

“The intent of the Pro-G driver design innovation is to minimize distortion that commonly occurs in headphone drivers. When producing lower frequencies (<1kHz), most speaker diaphragms operate as a solid mass, like a piston in an engine, without bending. When producing many different frequencies at the same time, traditional driver designs can experience distortion caused by different parts of the diaphragm bending when other parts are not. This distortion caused by rapid transition in the speaker material can be tuned and minimized by combining a more flexible material with a specially designed acoustic enclosure. We designed the hybrid-mesh material for the Pro-G driver, along with a unique speaker housing design, to allow for a more smooth transition of movement resulting in a more accurate and less distorted output. This design also yields a more efficient speaker due to less overall output loss due to distortion. The result is an extremely accurate and clear sounding audio experience putting the gamer closer to the original audio of the source material.”

Logitech’s claims about the Pro-G have, in my experience with the previous models featuring these drivers (G633/G933 Artemis Spectrum and G533 Wireless), have been spot on, and I have found them to produce a clarity and detail that rivals ‘audiophile’ stereo headphones.

Before moving on we will take a look at the specifications from Logitech: 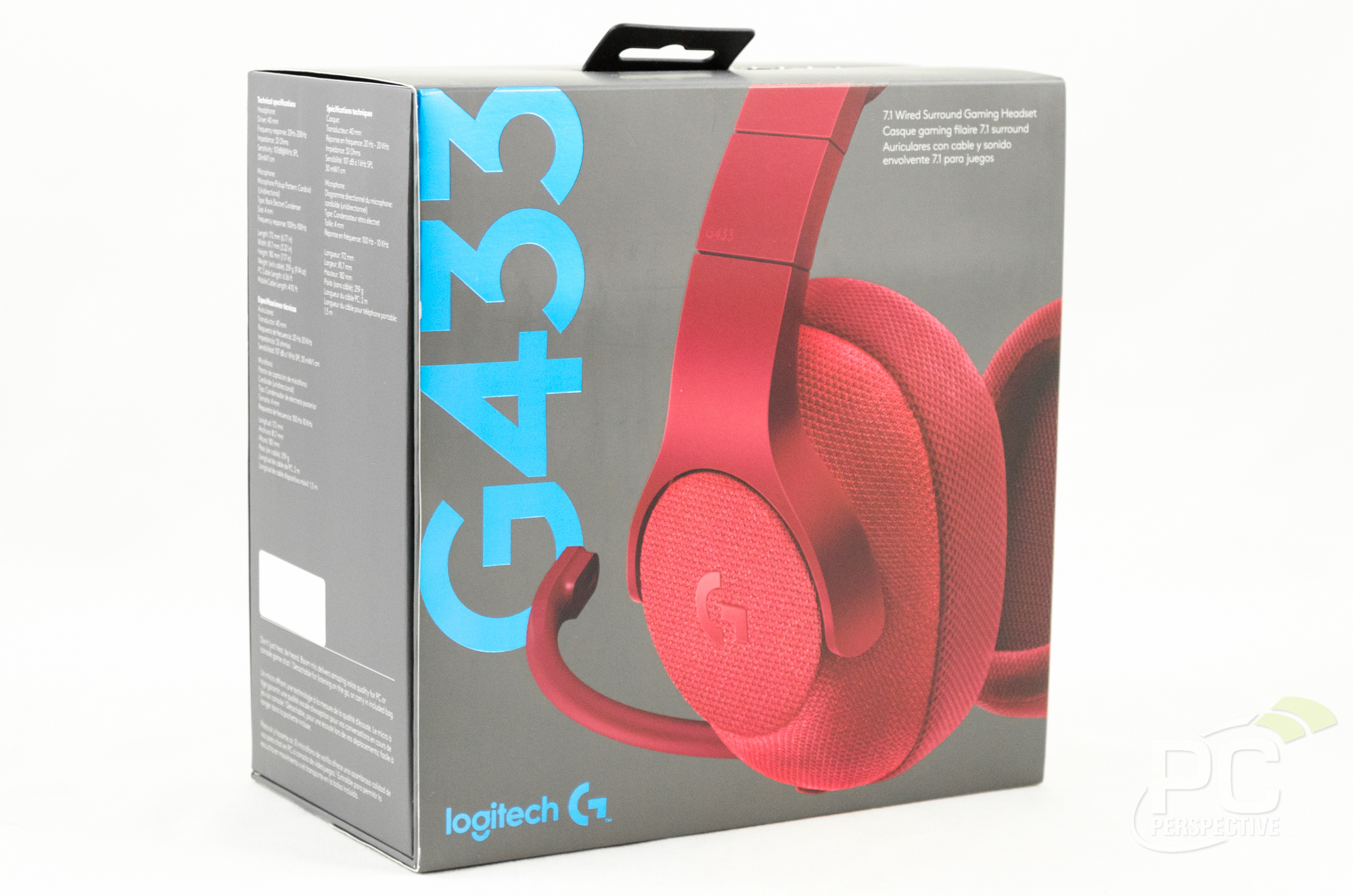 Inside the box the headset is well protected and accompanied by a rather comprehensive accessory pack. 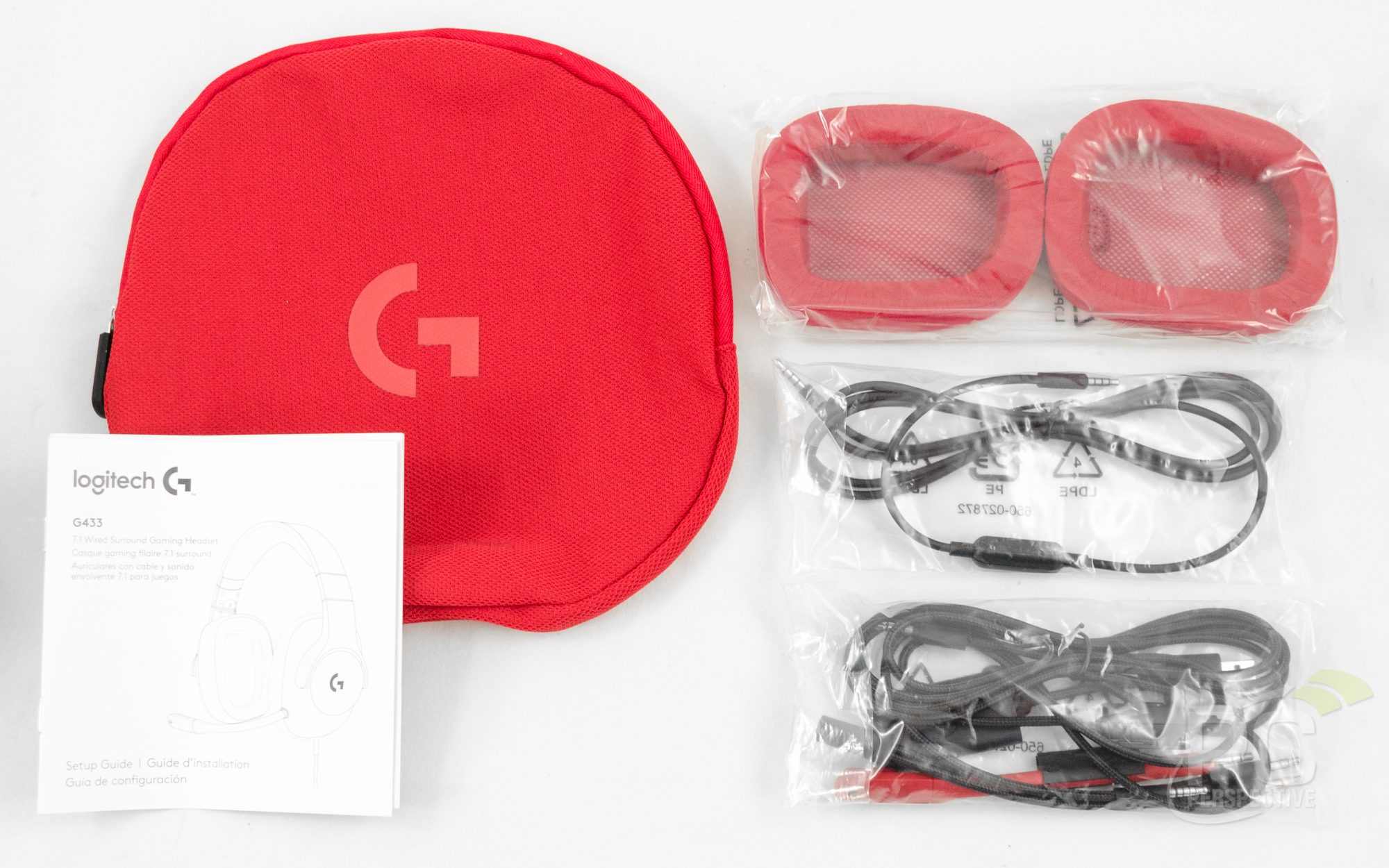 The G433 Gaming Headset is at its core an analog device, and two different headset cables are included – one with an inline mic and one without. Digital surround duties handled by a USB dongle which contains the DAC and requisite headphone amplification components. Also included is the removable boom mic, an alternate pair of ear pads, and a headset storage bag.

And now a look at the headset itself: 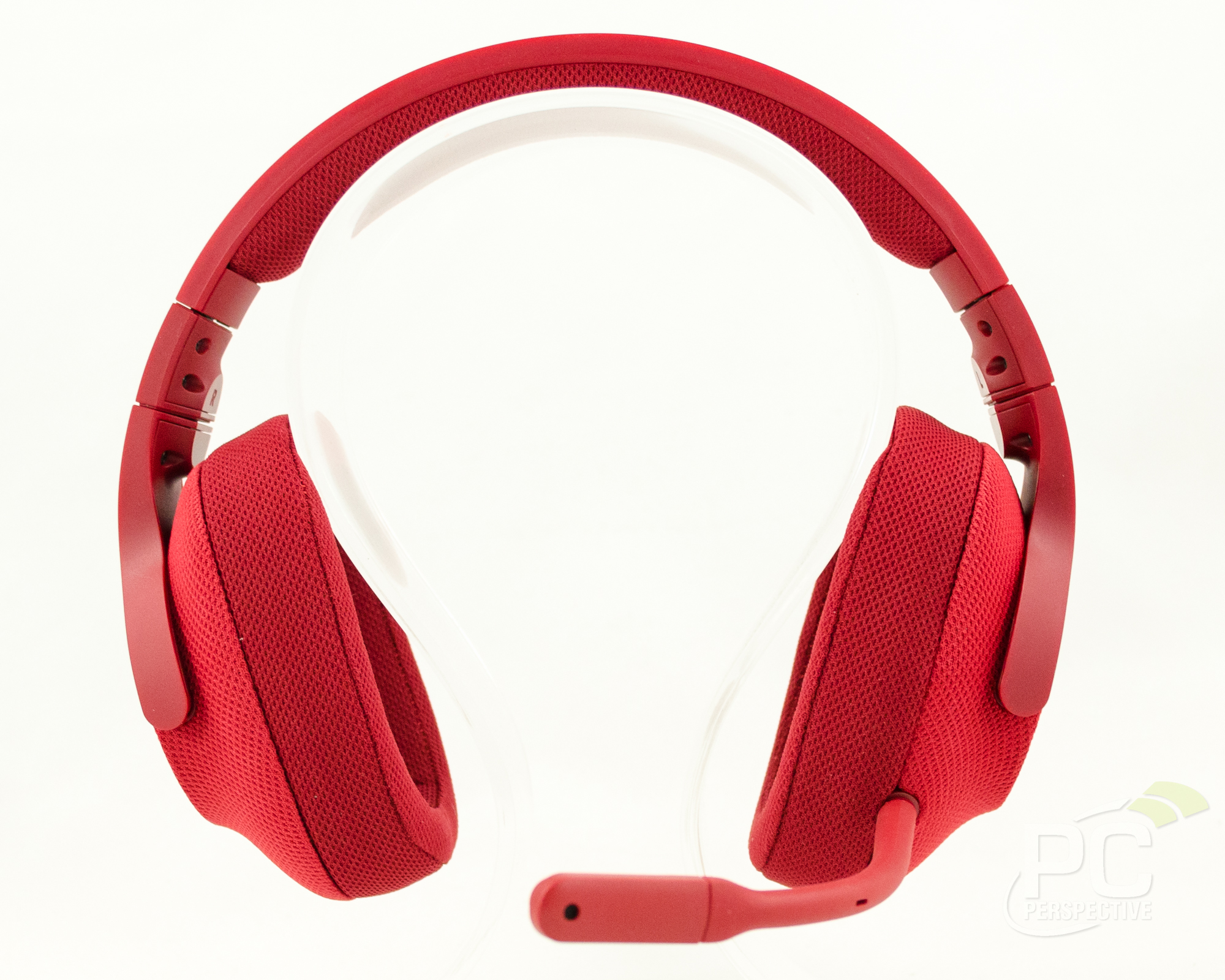 The G433 Gaming Headset is just over 9 oz, and naturally feels quite light in hand. It is finished with a fabric material that gives it a distinct appearance, particularly in this bright red finish, and in the more conventional black color I think the effect would be more subtle. They certainly feel different from any previous gaming headset I've handled, but the softer, grippy feel of fabric is a nice change. 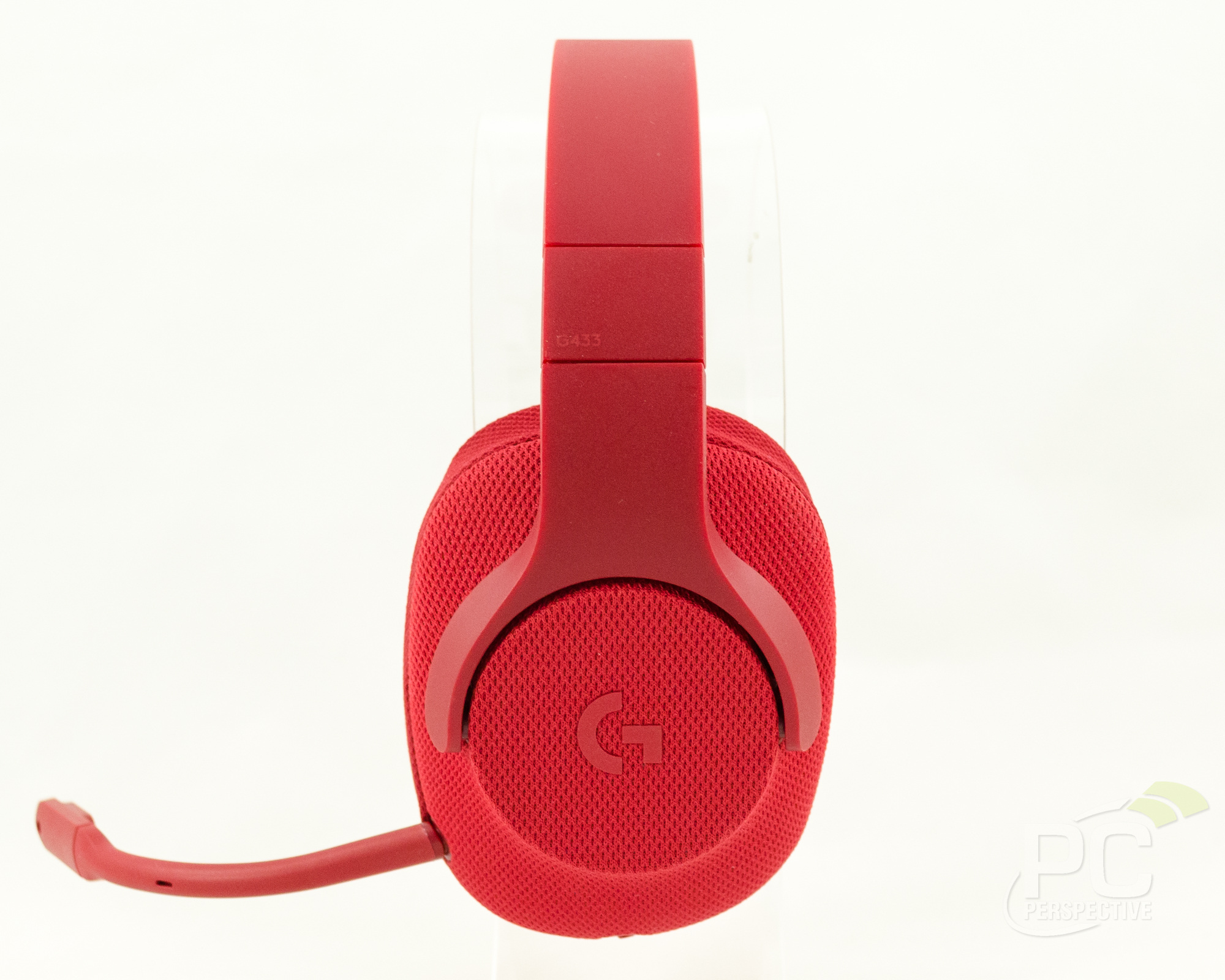 The earcup hinges and headband are covered in plastic (though the usual metal band is beneath the band). The removable boom mic has a rubbery feel and is quite flexible – and of course it is finished in the same color as the headphones. 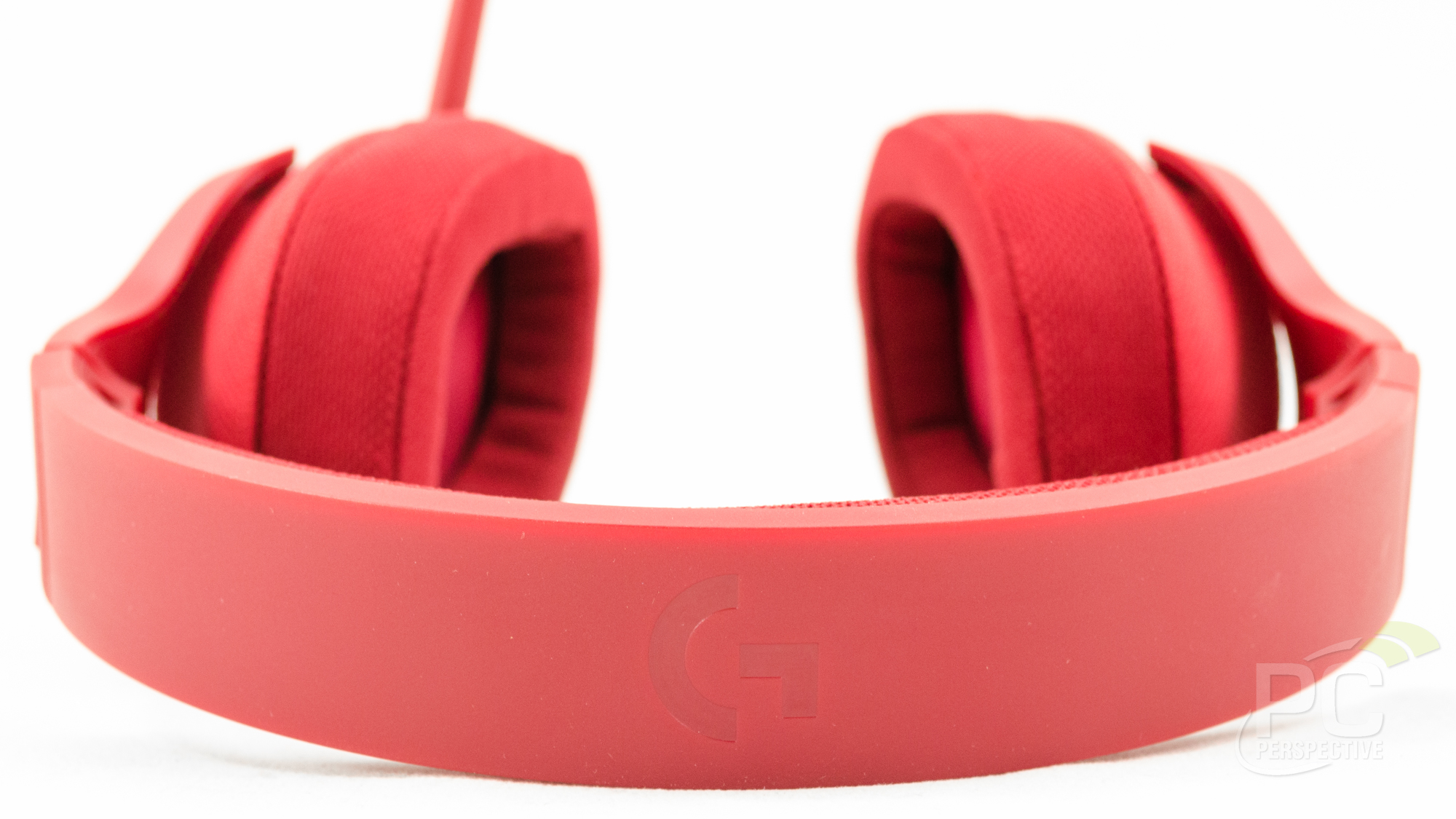 Next I’ll cover my impressions of the G433’s fit and sound quality.