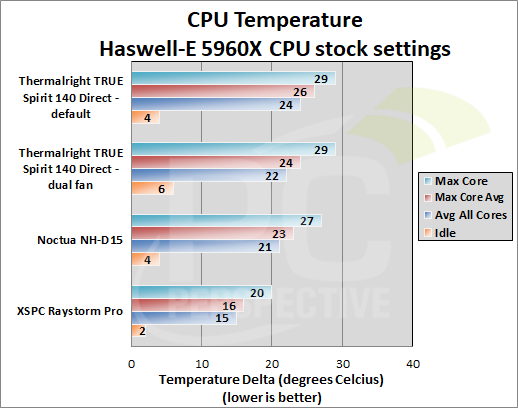 With the Haswell-E processor at stock speeds, the TRUE Spirit 140 Direct gives the Noctua NH-d15 a run for its money with its performance staying within an impressive 1-2C across the board.

The CPU overclocked speed testing was conducted with known stable settings from a previous board review with Turbo Mode disabled, equating to a 4.20GHz CPU speed, 2666MHz memory speed, 4.0GHz ring bus speed, and 100MHz base clock. The Intel Speedstep functionality remained enabled for the duration of the testing to get realistic CPU idle performance conditions. 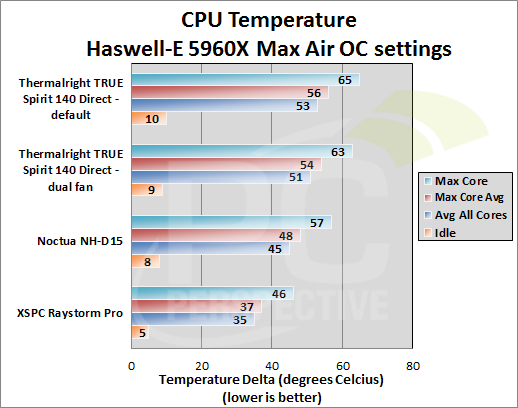 The performance picture changes a bit for the TRUE Spirit 140 Direct when paired with the overclocked Haswell-E processor. It still performs very well, keeping the processor relatively cool under the high stress loads with its delta compared to the NH-D15 increasing to 5-6C. However, don't let the numbers fool you, the TRUE Spirit 140 Direct's performance is nothing short of amazing given its single slim tower radiator design compared with the Noctua's massive dual tower. 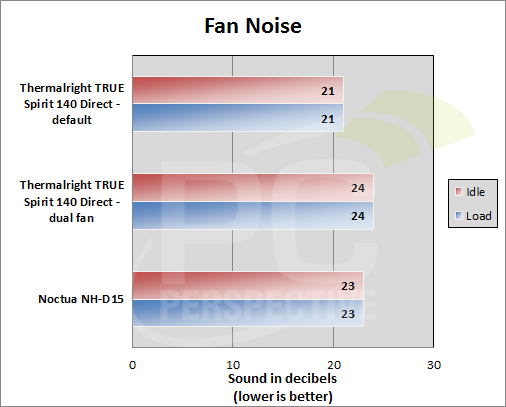 Even with two fans, the TRUE Spirit 140 Direct cooler was whisper quiet with the fans going full speed. Thermalright did their homework on this design, optimizing the air flow path to best utilize a lower power 140mm fan without compromizing performance. 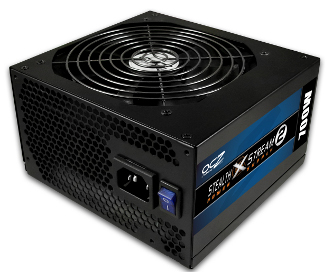