BioStar have greeted the release of AMD's Ryzen with enthusiasm, releasing numerous AM4 boards, some of which are garnering better reviews than the main brands.  [H]ard|OCP tested out their Racing X370GT7, an ATX model with a ~$160 price tag.  The silkscreen on the board is rather unique and the layout is extremely clean.  You get a lot of nice high end features such as a heatsink for the M.2 slot located just below the CPU socket, Realtec ALC1220 8 channel audio and even an LN2 switch for extreme overclockers.  As with many other X370 boards there were some quirks with memory compatibility as well as some questionable UEFI choices specific to this board.  It will offer a solid base for someone building a Ryzen platform and it will likely improve as the AMD Generic Encapsulated Software Architecture for AM4's matures.

"BIOSTAR isn’t exactly a juggernaut of a manufacturer here in the U.S. Despite stiff competition, the big boys are blowing it bad enough at the X370 Ryzen motherboard game that BIOSTAR’s X370GT7 just might be one of the best AM4 motherboard options around. While we think it might actually be good, it still doesn’t make for a smooth ride." 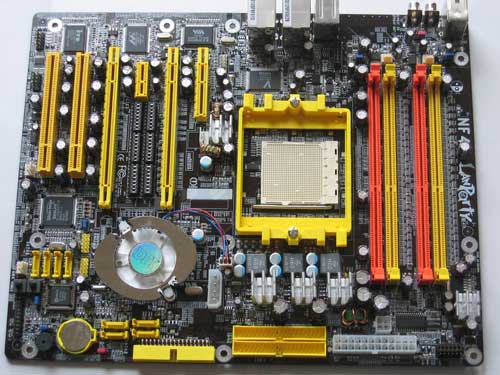