Although AMD’s own cards are the focus of attention this weekend, the company’s partners are also ready with some RX Vega announcements of their own. ASUS today announced four new cards based on the highest-tier Vega 64 design:

The Strix models will feature a custom triple fan ASUS cooler, RGB lighting with Aura Sync support, and two “VR-friendly” HDMI ports (the reference RX Vega design only has one). ASUS has yet to announce base or boost clocks for the ROG Strix RX Vega64. See below for complete specifications: 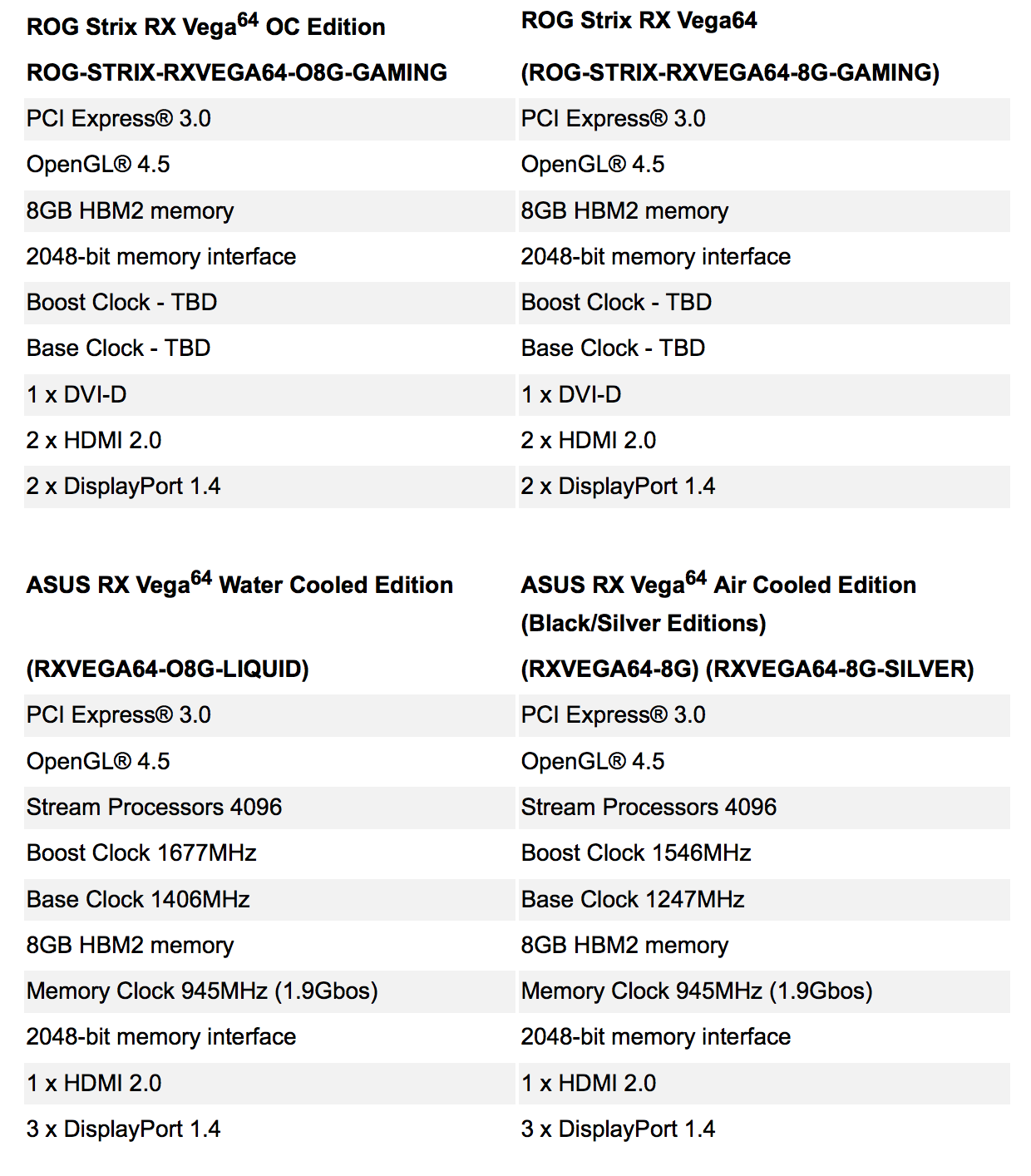 ASUS RX Vega64 Air and Water Cooled editions will launch on August 14th. ASUS states “early September” availability for the ROG Strix models. Pricing was not disclosed as of the date of this article’s publication.