In order to test out AMD's "XConnect" implementation of external graphics driver support, we decided to pair our ThinkPad X1 Carbon with an RX 570. The 570 is a great option for 1080p gaming and would be ideal for gamers looking to game on the internal notebook panel or an external 1080P display (that is if you could find the RX 570 or 580 in stock.)

Setup of the RX 570 on the AMD side was just as simple as it was on the NVIDIA side. It's amazing how far we've come with these external GPU technologies and we are finally at a point where it is just "plug and play."

We ran the ThinkPad X1 connected to the AMD Radeon RX 570 through the same gaming tests as our previous NVIDIA GPU testing. 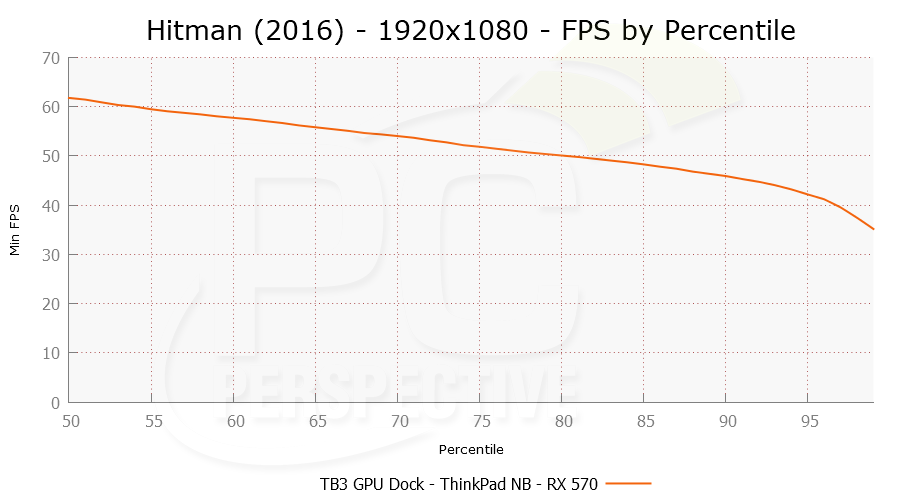 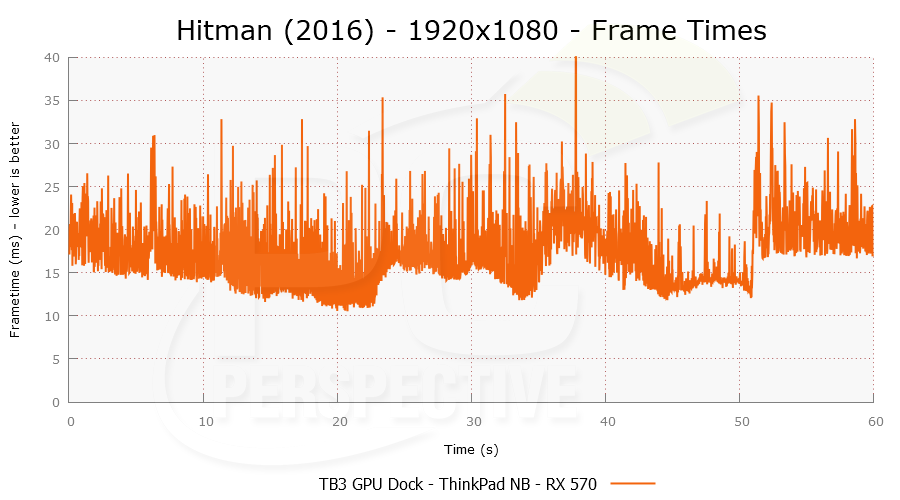 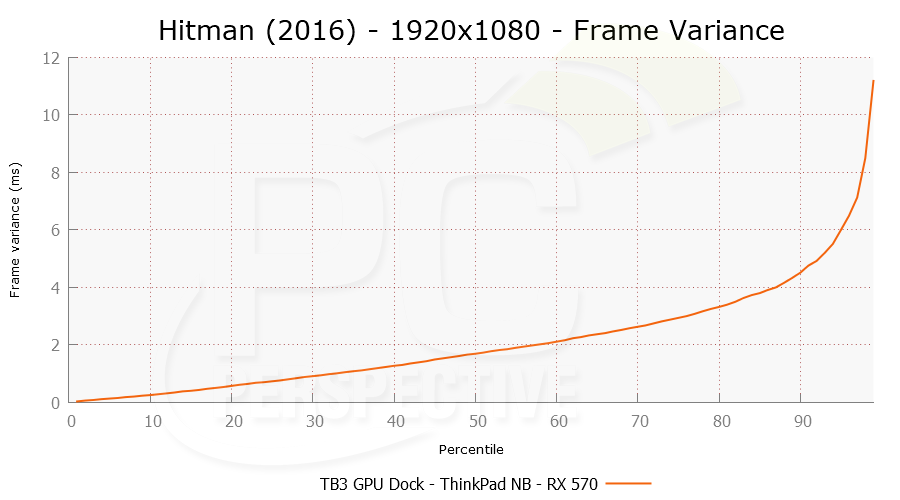 In Hitman, we see significant frame variance with the RX 570 connected via Thunderbolt 3. This stuttering made the game difficult to play while benchmarking. 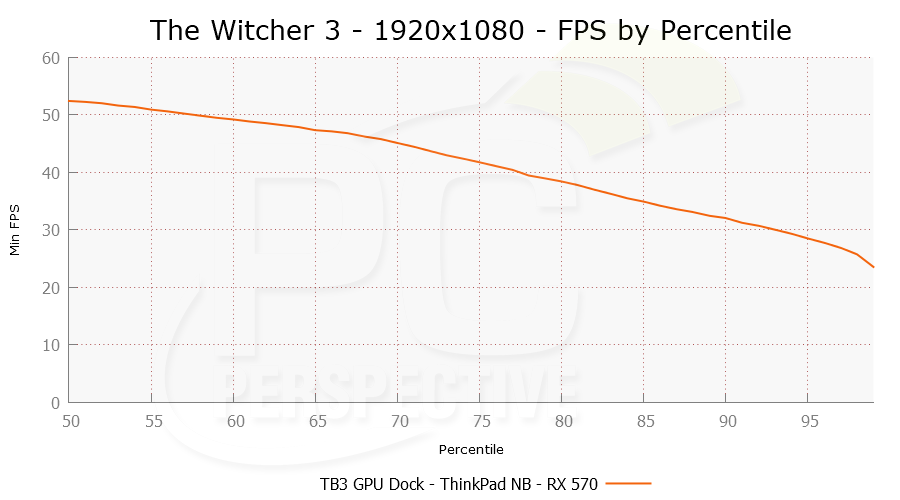 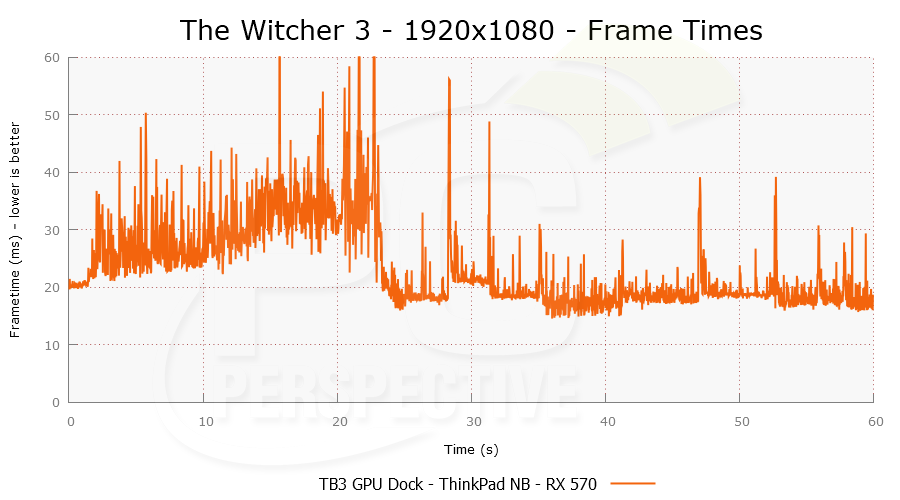 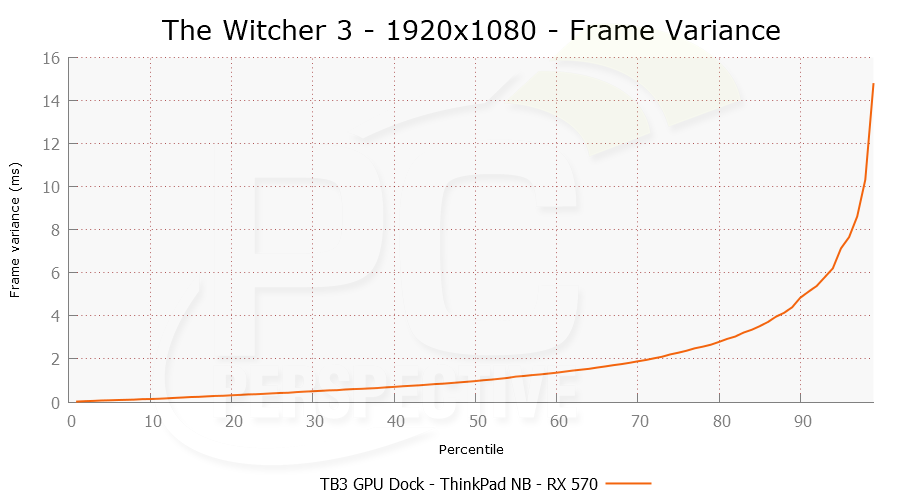 The Witcher 3, we once again see issues with frame pacing on the Thunderbolt 3 solution. Frame Variance nears 5ms at the 90th percentile. 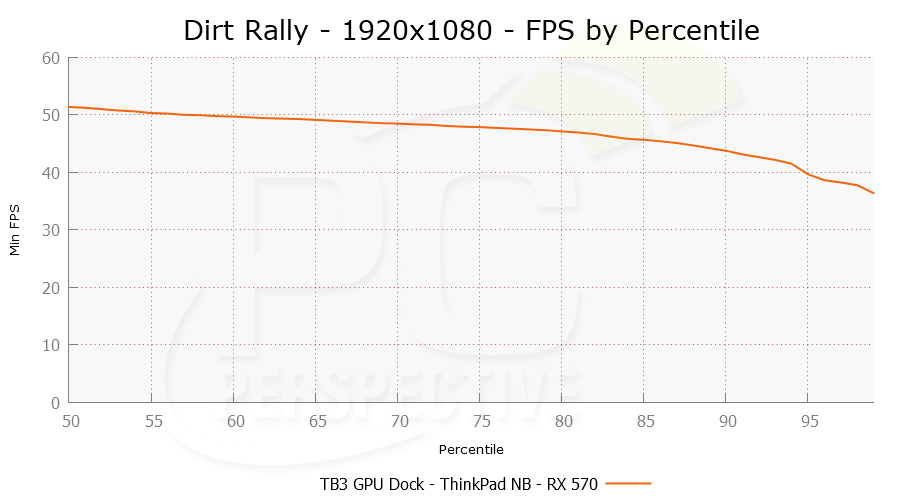 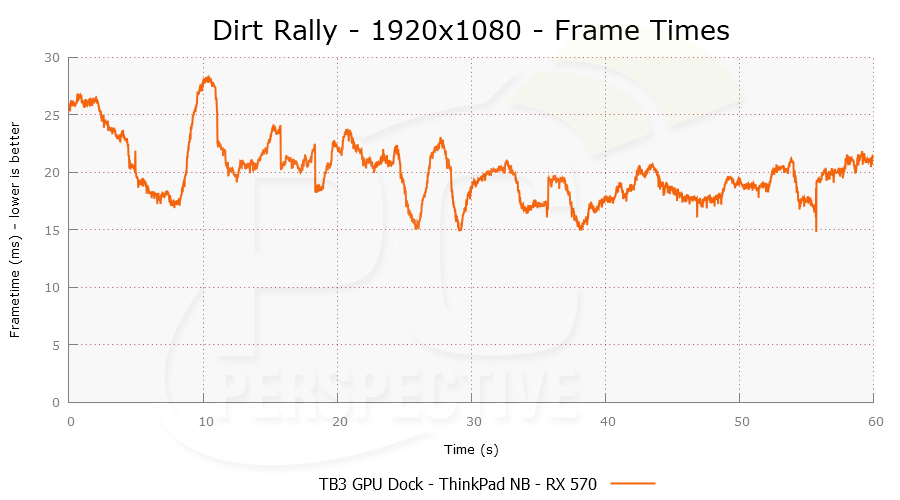 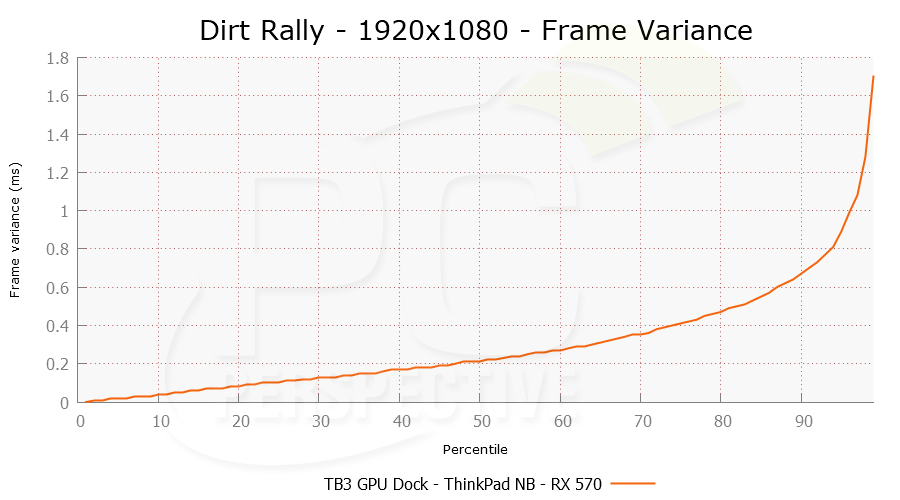 At an average FPS of around 50 and smooth frame times, Dirt Rally was a great experience on 1080p with max image quality settings on the RX 570. 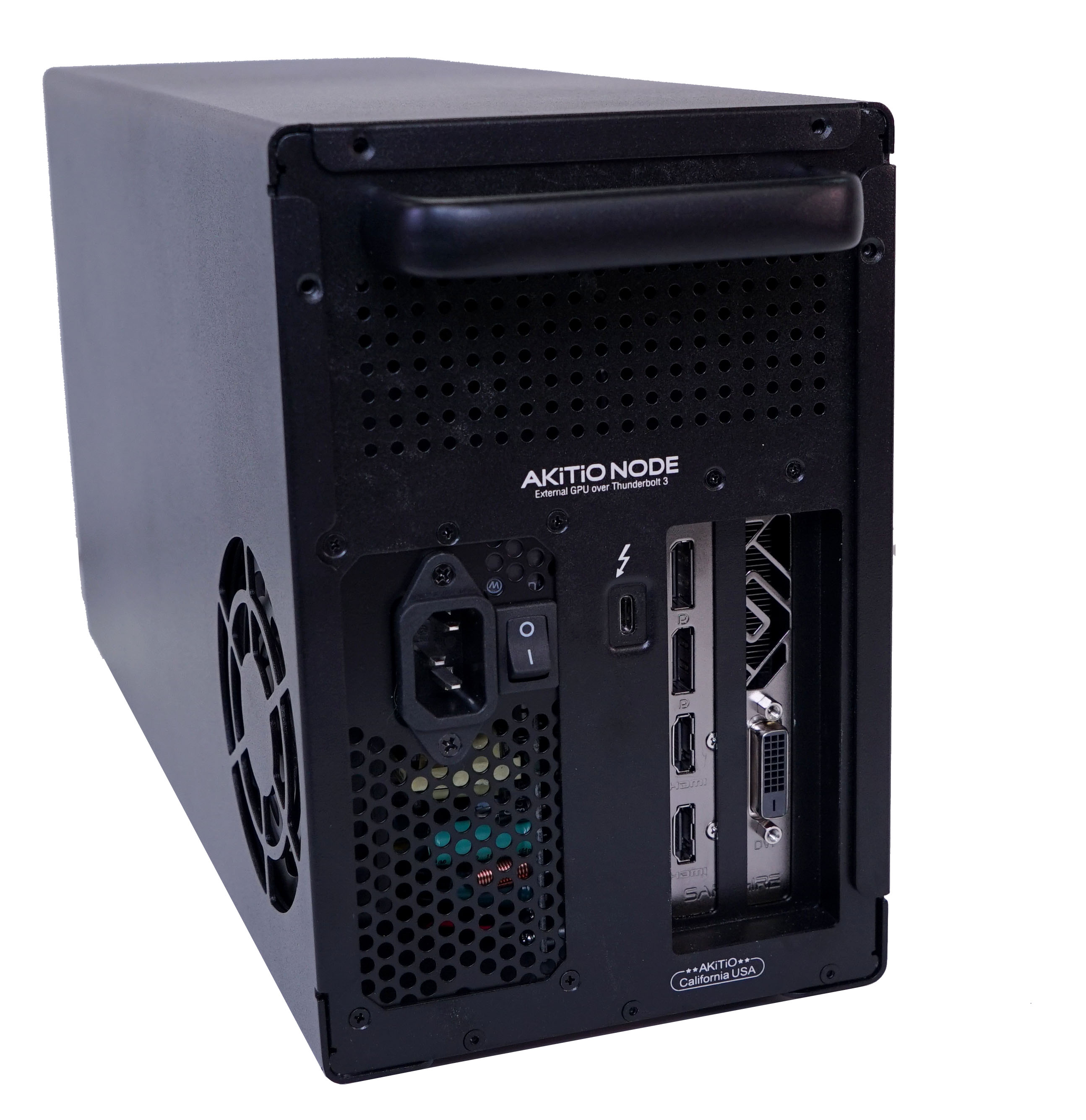 However, I'm definitely not sold on the current eGPU experience. While software and hardware support finally seems to be there, the stuttering and frame time inconsistencies made it difficult to have a positive gaming experience in my testing. High average frame rate numbers are simply not enough, gamers want a smooth gameplay experience.

Even hooking up the highest end GPU to a very high-end desktop platform over Thunderbolt 3 still presented more stuttering than you would want. For a notebook, this becomes even more severe. To do the GPU justice, you would likely want a notebook with a true quad-core CPU, and those are few and far between in the thin-and-light category.

Once you get into quad-core CPU territory in a notebook, you are quickly getting to options with discrete GPUs like the Dell Inspiron 15 7000 Gaming that we took a look at a few months ago. While it's not going to shock you with its form factor, it will be way more competent at gaming than a Thunderbolt 3 solution.

I'm still a fool addicted to thin-and-light notebooks and I hold out honest hope for the external GPU revolution, but once again I think we are still a few years away from making it a great experience for all.