Though not the dominant part of our evaluation today, I would be remiss if we did not include a set of benchmarks to compare the system and processor performance across the Surface Pro and the iPad Pro. Finding tests that will cross between x86/Windows and ARM/iOS does limit our options, but we have a good mix of real-world applications, synthetics, and graphics benchmarks.

TabletMark® 2017 is a cross-platform, application based benchmark for touch-enabled devices running iOS, Android, or Windows. New for 2017, it includes updated workloads, utilizes updated SDKs and development tools, and the Windows version has been rewritten from the ground up for Windows 10 Universal Windows Platform. With TabletMark, you can compare the performance and battery life of devices based on all of the popular mobile platforms.

Bapco details in its whitepaper the various workloads and methods that it uses for TabletMark 2017, including a web and email scenario, photo and video sharing scenario, and a video playback scenario. The applications are custom written for each platform (iOS, Windows, Android) but use each platform’s native development tools and methods to attempt to reproduce real-world application performance.

The Microsoft Surface Pro has nearly a 2x performance lead over the iPad Pro models in this test, giving our first indication as to the performance differences with IPC and threading between the Core i5 and the Apple A10X.

WebXPRT runs on a wide variety of devices and operating systems—from iPad tablets to Android phones to Windows computers. WebXPRT is available to the public and runs right from your browser.

In WebXPRT, the Surface Pro is 42% faster than the iPad Pro 12.9-in to complete the tasks used in this benchmark.

Kraken is a JavaScript performance benchmark created by Mozilla that measures the speed of several different test cases extracted from real-world applications and libraries.

The test cases include:

With close integration of the Safari web browser, the iOS layer and the Apple A10X SoC, the iPad Pro manages a 13% performance advantage over the Surface Pro.

Geekbench 4 uses a number of different tests, or workloads, to measure CPU performance. The workloads are divided into four different sections:

Read the whitepaper for more details.

The CPU score on 3DMark Ice Storm Unlimited shows the Surface Pro is more than 2x faster than the iPad Pro hardware, though the graphics scores gives the lead to the A10X GPU implementation by 35% over Intel. The overall score of 3DMark Ice Storm, weighing both CPU and GPU input, gives the Intel Core i5-7300U a 28% advantage over the Apple A10X.

This graphics-focused test demonstrates the advantage that Apple’s graphics implementation offers over the Intel HD Graphics 620 on the Core i5 CPU. In both the Manhattan and T-Rex workloads, the iPad Pro offers more than a 2x performance lead.

Using our custom-built, real-world battery testing scenario that simply moves between websites and scrolls through them, we can compare the expected battery life for these competing solutions. All tests are run with screens at 180 lux and default out-of-the-box power settings.

This is a big win for Apple here – the iPad Pro, both the 12.9-in and 10.5-in iteration, offer more than 11 hours of usable battery life in our testing. In comparison, the Surface Pro (2017) gets just over 7 hours of use, putting it at a 68% disadvantage over the best performing iPad. It’s unfortunate for the Surface Pro to be looked at through this lens here as 7+ hours in our strenuous test is very good for a Kaby Lake notebook on Windows 10.

I honestly didn’t know what to expect from this comparison when deciding to go down this path comparing the new 2017 Surface Pro against the 2017 iPad Pro. Both pieces of hardware are exquisitely built and constructed with some of the best materials and industrial design that exist in the consumer electronics industry. Both Apple and Microsoft are at the top of their game currently, building hardware and software that continue to improve for large segments of the audience.

From a performance stand point, the Intel Core i5-7300U powering the Surface Pro in our comparison today proved to be the better processor for single threaded workloads. We see that in the single threaded Geekbench results but also in the sores from WebXPRT and TabletMark 2017, where real-world use scenarios are run rather than raw synthetic tests. Even 3DMark Ice Storm gives the CPU advantage to Intel for gaming purposes.

The graphics portion of the Apple A10X is impressive, beating out the Intel HD Graphics 620 by considerable margins in both the GPU test of 3DMark and the GFXBench testing suite. Gaming on either of these platforms is going to be mixed bag, though the iOS App Store does give the iPad Pro users access to a huge library of games that are very likely to run at the best possible experience level due to the relative position of the iPad Pro SoC to the rest of the Apple iPad and iPhone product stack. For Windows 10 and the Surface Pro, you will still find quite a few games on Steam or GOG.com to run with your hardware, though I think because the Intel integrated graphics is relatively slow by PC standards, you are more likely to run into performance and scaling issues.

From just using the metric of how the computers felt during use, both were snappy and responsive. The iPad Pro might be more consistent, possibly due to the 4GB of memory limiter on the Surface Pro, but Intel and Microsoft have made significant changes to how the OS and hardware communicate, allowing for better and more immediate interfacing with the touchscreen. SpeedShift is no doubt a big part of that.

Physically both the iPad Pro and the Surface Pro are amazing hardware and I would be hard pressed to find a better solution for either platform for you to use. The quality of components like the screen, stylus, keyboard, and even the materials themselves are near peaks either direction you lean. 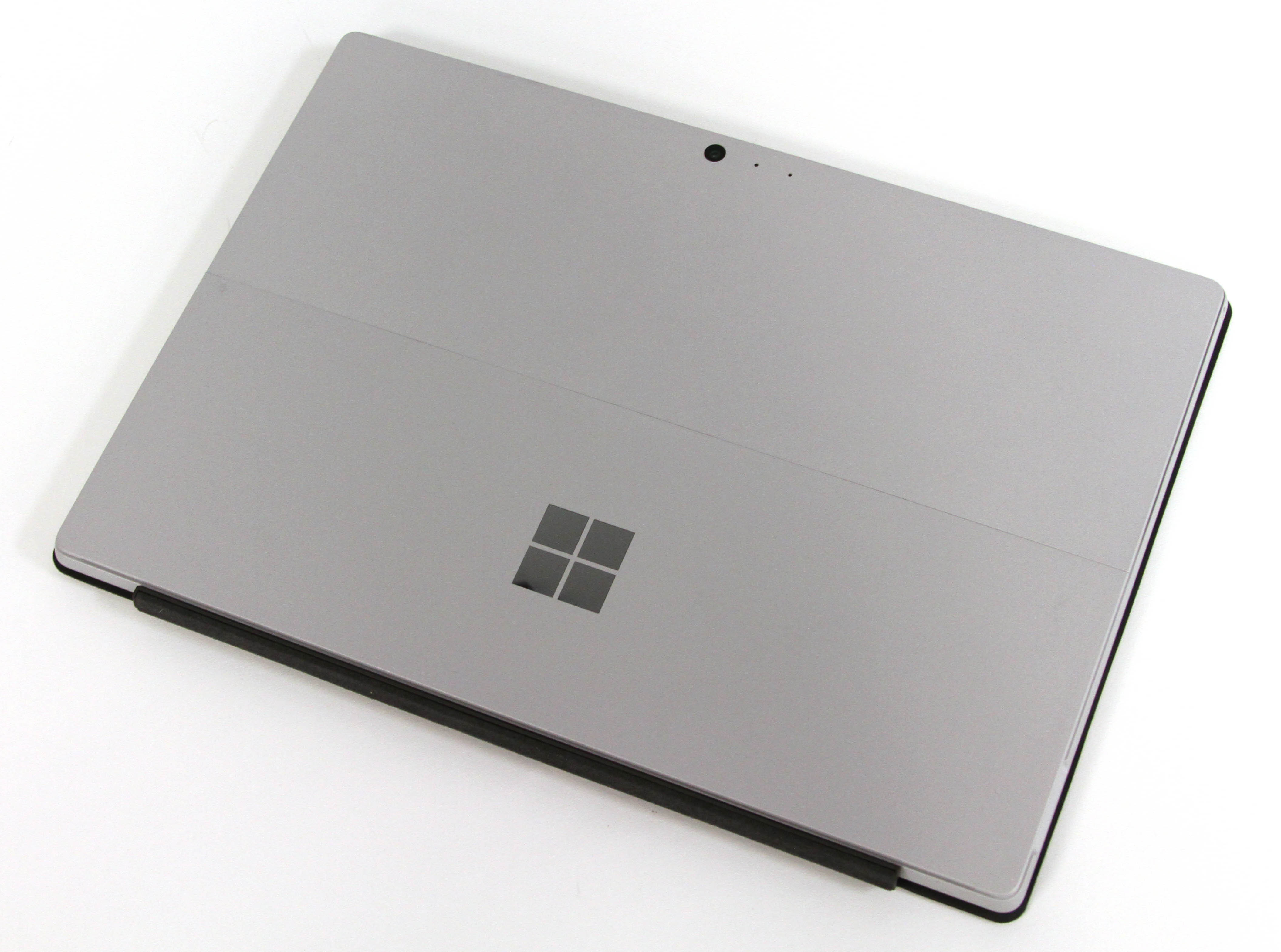 Using iOS for productivity wasn’t the nightmare I thought it would be and it should only get better with the upcoming iOS 11 release this fall. It’s a more simple and more direct feeling – you are very clearly only running one application at a time. This could help with some users’ productivity as it keeps you focused on the task at hand. But from a flexibility perspective, there is no denying the Windows 10 advantage for consumers, students, and business users. For me in particular, my workflow of Microsoft Word, Dropbox, Photoshop, PCPer’s web-based GUI, and communications through Slack and others, the ability to quickly move between them, and without the worry of having to reload a webpage when revisiting it, make the Surface Pro a much more suitable option.

Giving me the choice today, I’d recommend the Surface Pro to every person that asked for my advice. (I would personally upgrade to 8GB of memory and a 256GB SSD for the added $300, just to ensure optimal performance for heavier workloads.) We will see how Apple and the iPad Pro can change that view with a new operating system and updated tool sets later this year. 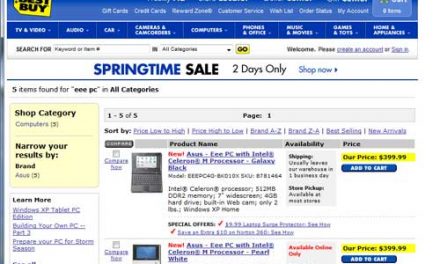 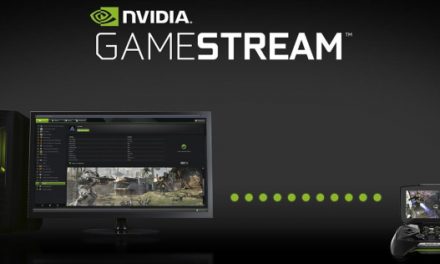