A short review of the Galax GTX 1060 EXOC White!

Despite the market for graphics cards being disrupted by the cryptocurrency mining craze, board partners like Galax continue to build high quality options for gamers…if they can get their hands on them. We recently received a new Galax GTX 1060 EXOC White 6GB card that offers impressive performance and features as well as a visual style to help it stand out from the crowd.

We have worked with GeForce GTX 1060 graphics cards quite a bit on PC Perspective, so there is not a need to dive into the history of the GPU itself. If you need a refresher on this GP106 GPU, where it stands in the pantheon on the current GPU market, check out my launch review of the GTX 1060 from last year. The release of AMD’s Radeon RX 580 did change things a bit in the market landscape, so that review might be worth looking at too.

Our quick review at the Galax GTX 1060 EXOC White will look at performance (briefly), overclocking, and cost. But first, let’s take a look at this thing.

As the name implies, the EXOC White card from Galax is both overclocked and uses a white fan shroud to add a little flair to the design. The PCB is a standard black color, but with the fan and back plate both a bright white, the card will be a point of interest for nearly any PC build. Pairing this with a white-accented motherboard, like the recent ASUS Prime series, would be an excellent visual combination.

The fans on the EXOC White have clear-ish white blades that are illuminated by the white LEDs that shine through the fan openings on the shroud. 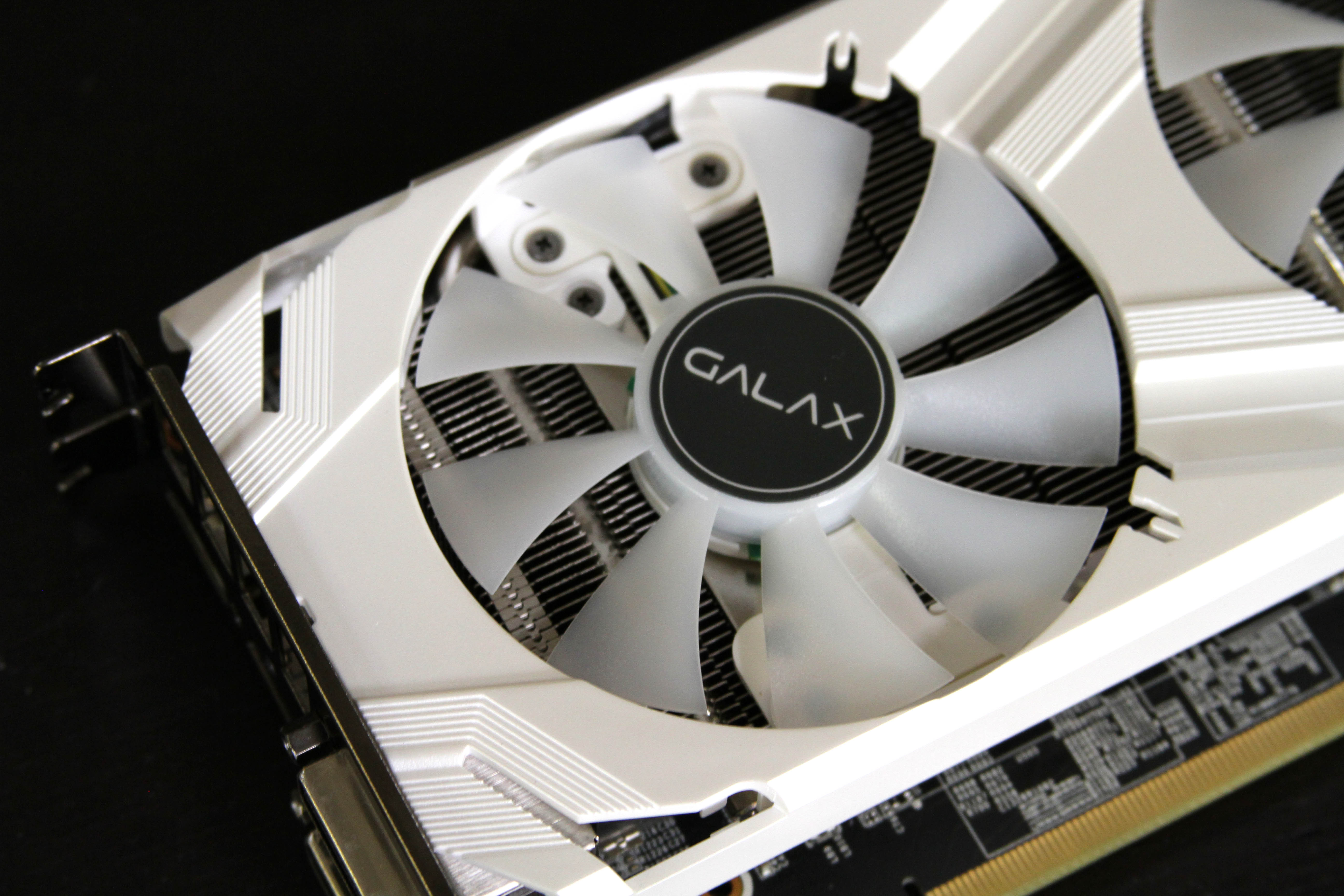 The cooler that Galax has implemented is substantial, with three heatpipes used to distribute the load from the GPU across the fins. There is a 6-pin power connector (standard for the GTX 1060) but that doesn’t appear to hold back the overclocking capability of the GPU. 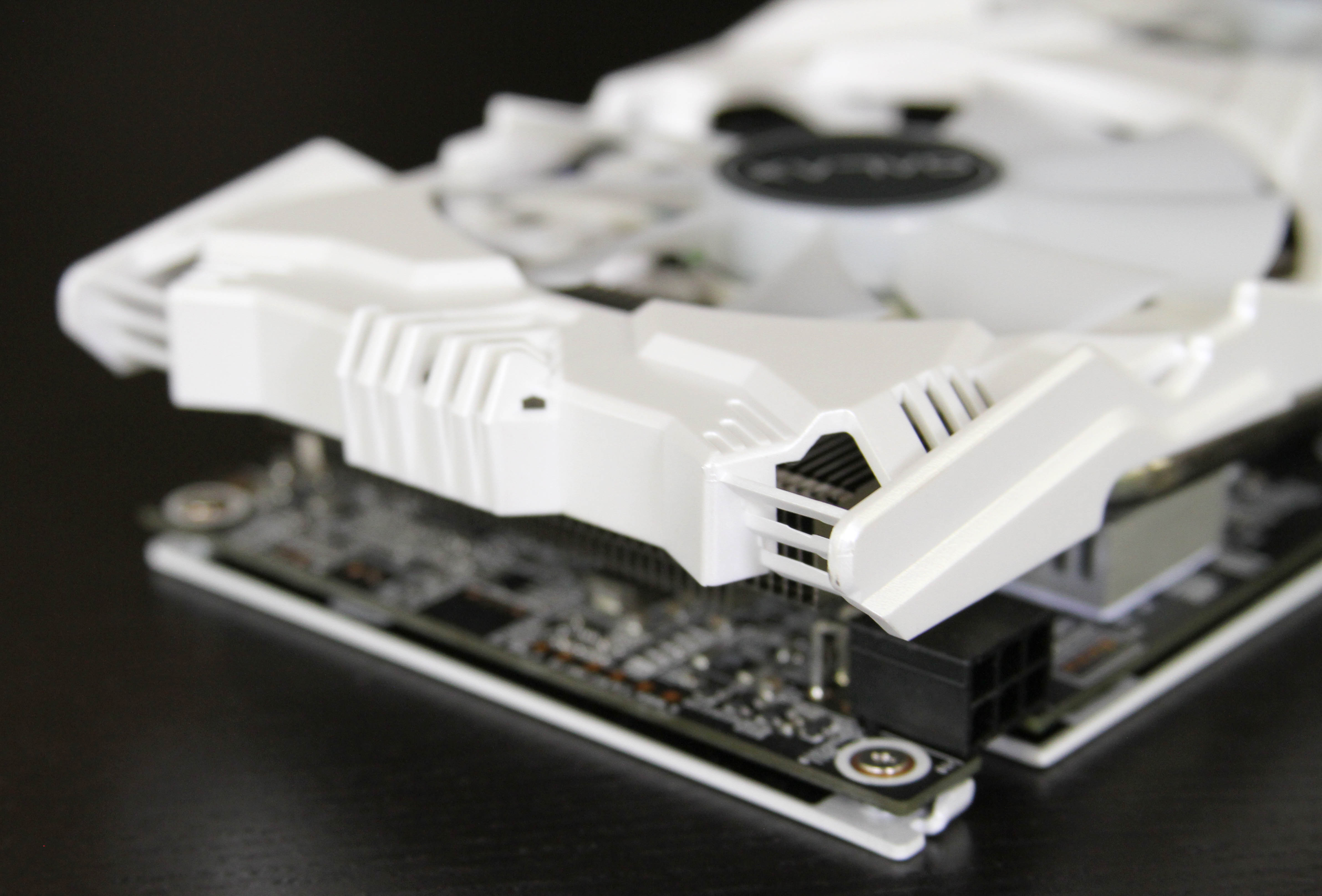 There is a lot of detail on the heatsink shroud – and either you like it or you don’t. 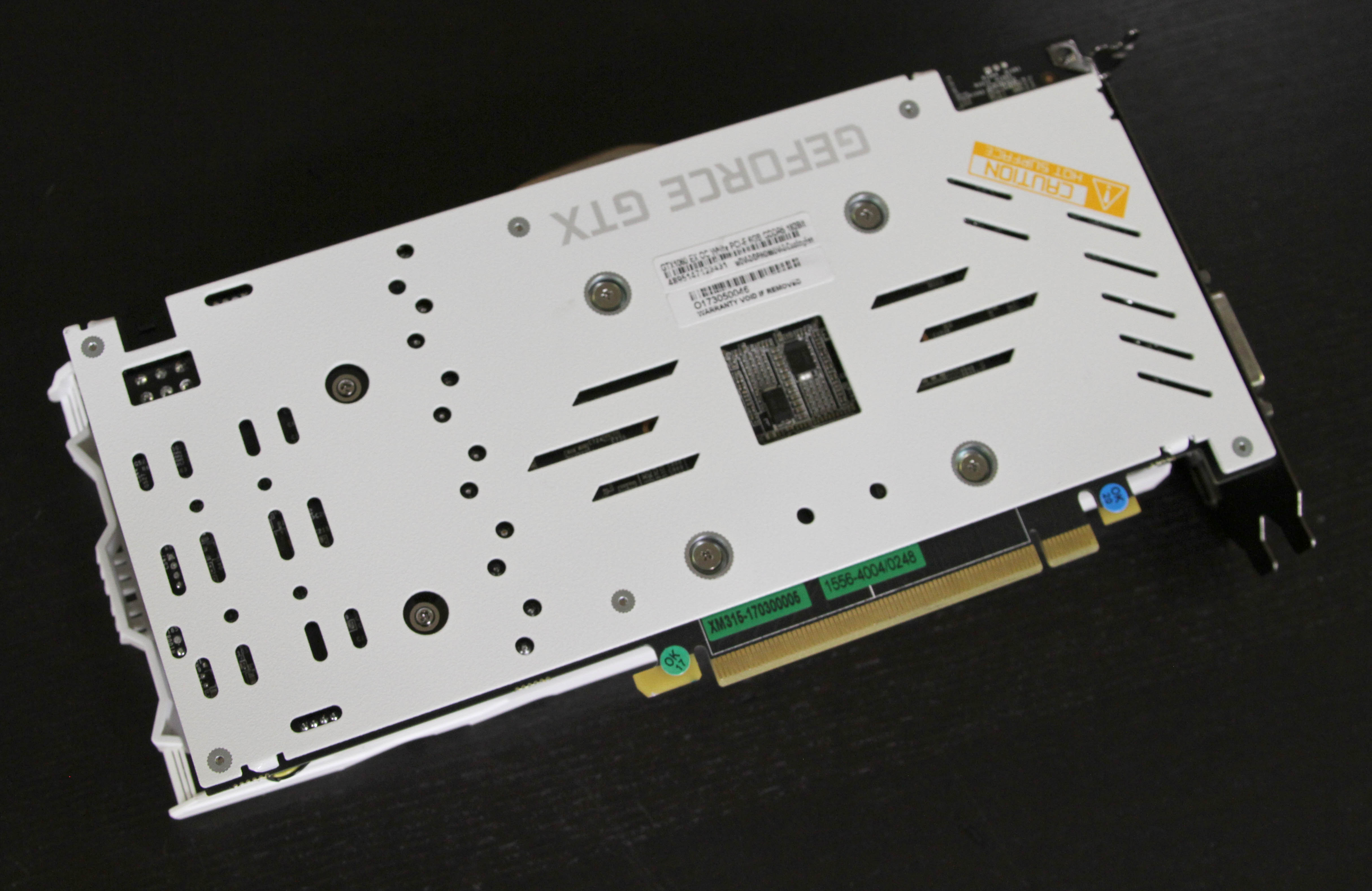 Galax has included a white backplate that doubles as artistic style and heatsink. I do think that with most users’ cases showcasing the rear of the graphics card more than the front, a good quality back plate is a big selling point.

The output connectivity includes a pair of DVI ports, a full-size HDMI and a full-size DisplayPort; more than enough for nearly any buyer of this class of GPU. 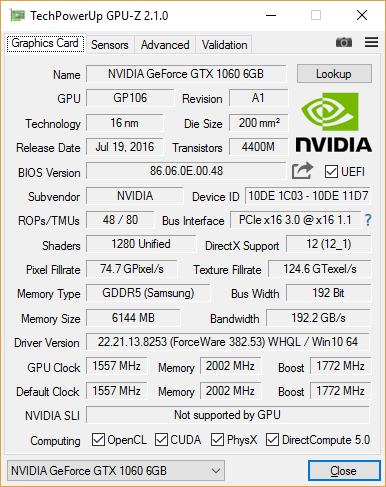 Doing a bit of overclocking by increasing the power and temperature target, and utilizing a 100 MHz offset, I was able to see sustained clock speeds go from 1911 MHz to 1999 MHz, nearly breaking that 2.0 GHz mark! 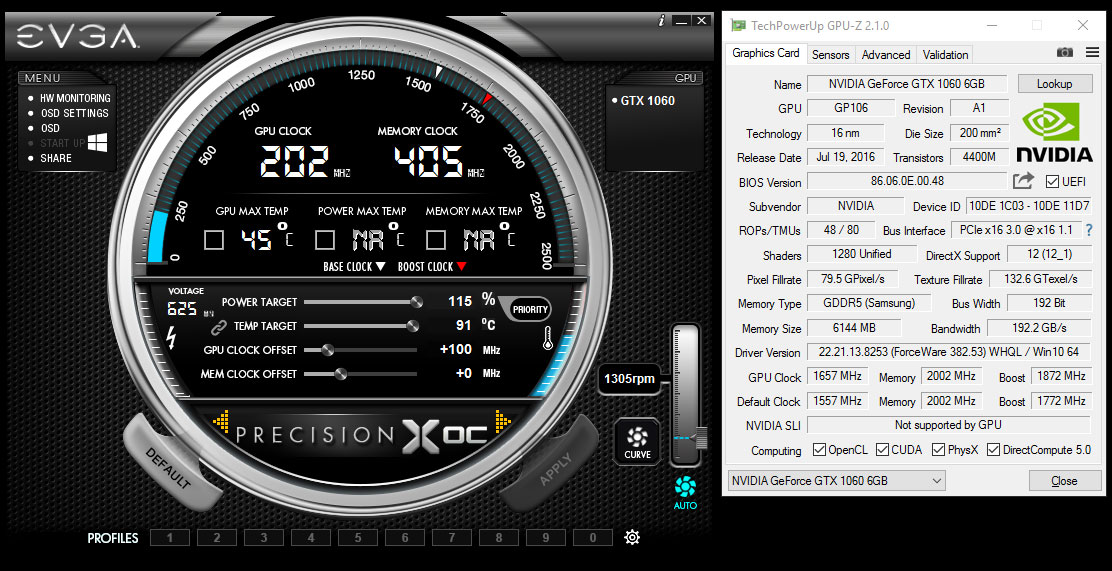 I had no issues of stability and fan noise did not increase by any appreciable amount. I am sure with a bit more work we could get a reliable 2000 MHz+ out of this card and cooler, all while keeping GPU temperatures under 70C!

Since we already know the general location of the GTX 1060 in the current GPU market relative to the competition, I included only a couple of benchmarks to double check. As expected, the stock settings on the Galax GTX 1060 EXOC White end up equal to slightly faster than the reference GTX 1060. 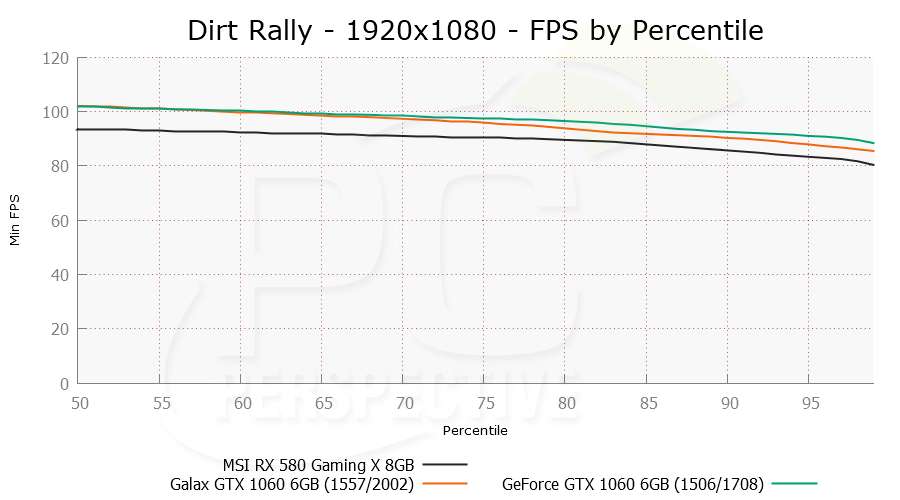 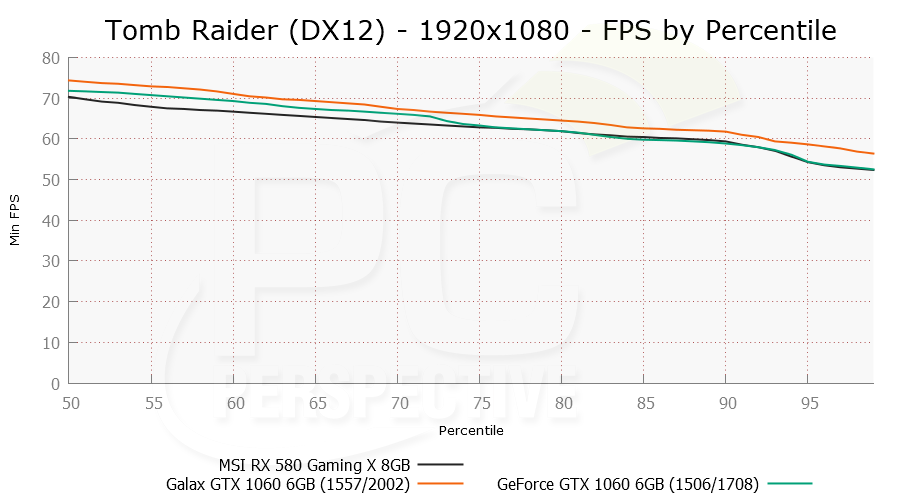 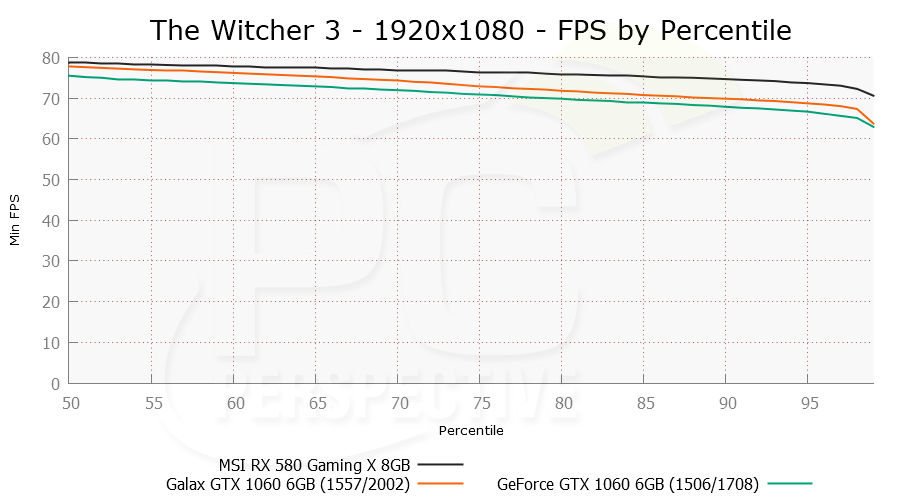 There is no denying that the market for mid-range GPUs today is in turmoil thanks to buyers of hardware for the cryptocurrency craze. That being known, the Galax GTX 1060 EXOC White 6GB is an excellent example of an NVIDIA board partner building a high-quality product with fantastic design and unique aesthetic to appeal to PC gamers. Stock might be tough to come by (and buying Galax cards in the US is generally difficult), but if you can find the Galax EXOC White for around the expected MSRP, it’s worth a look!