Update 07/11/17: We have now heard from Intel on this subject, and they provided this statement regarding the availability of the Pentium G4560 processor:

"We continue to offer the Intel Pentium SKU referenced. What you have observed on websites are possibly part of a normal demand fluctuation."

Cannibalization of its Core i3 sales might have Intel quietly killing off its best value CPU, if unnamed sources in a DigiWorthy report (via TechPowerUp) can be believed.

Sound far-fetched? It seems at least plausible that Intel might consider some sort of CPU-related moves to maintain profit margins with Ryzen providing some very real competition after several years of Intel dominance. The popularity of the 2-core/4-thread Pentium G4560 – a (theoretically) ~$60 Kaby Lake part that provides a very nearly Core i3-level experience (some features are missing) is not at all surprising, and the current lack of availability and subsequently higher pricing (lowest in-stock price at around $80 at time of publication) suggests that something is up with this CPU. 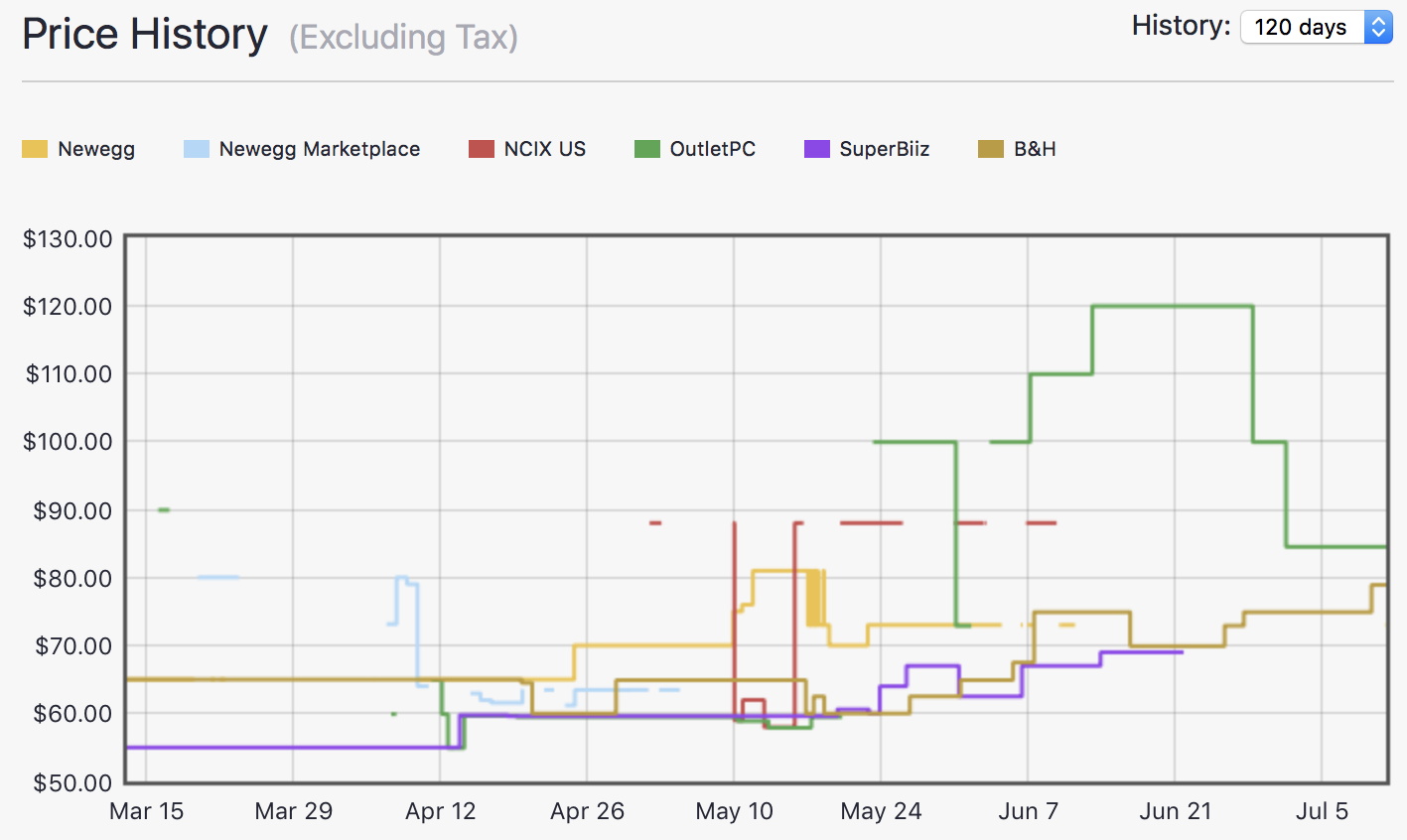 A low of $78.89 for the CPU with an MSRP of $64 is about a $15 markup, but this price is just going to increase if no fresh stock hits the market as these sell out.

Now some editorial: Why would Intel introduce what is essentially a slightly hobbled Core i3 into the market at half the cost of their cheapest Core i3 to begin with? I enthusiastically endorsed this seemingly questionable business decision (along with all of the buyers of this often out-of-stock CPU) when it first hit the market a few months ago, and now – if rumors are to be believed – the company might just be killing it off. This would be a move reminiscent of Nintendo's recent NES Classic, which was apparently too popular for its $59.99 price tag (and scalpers worldwide rejoiced). Nintendo, of course, killed the NES Classic when it was at its height of popularity, perhaps as it was just not profitable enough to justify continued production? (And besides, a soon-to-be-$300-on-eBay SNES Classic was in the works.)

Might the Pentium G4560 be Intel's NES Classic? It seems a little too likely for comfort.